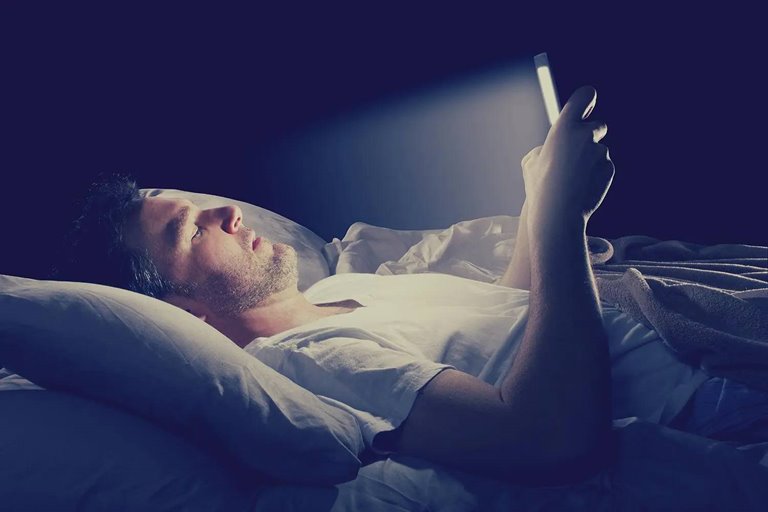 Some Skin Care Products Claim To Protect The Skin Against The Harmful Effects Of Blue Light; What Are The Sources Of Blue Light And Should We Be Concerned About It?

In skin care stores, you will see many creams and sprays that promise to protect your skin from various threats. You may have noticed that skincare companies claim that their products can protect you from the effects of blue light, But what is blue light, and should you be concerned about it?

What is blue light?

Visible light makes up 50% of the sunlight spectrum, and as the name suggests, it is the only part of the light that the human eye can detect. The blue part of this visible spectrum has high energy. But blue light has very short and energetic waves. The longer the wavelength, the less energy it transmits.

There is blue light around you. The sun, as well as fluorescent lamps (moonlight lamps) and incandescent lamps, mobile phones, computer screens, and flat-screen televisions, emit blue light.

What are the dangers of blue light?

There is much evidence that blue light can hurt the skin and eyes and disrupt the circadian rhythm (internal clock).

Research published in February of this year shows that blue light can cause pigmentation (tanning) in all types of skin. While many people consider tanning to be a desirable feature, it is an indication of skin damage and ROS production. Other researchers have found that skin tanning caused by visible light (including blue) has darker pigmentation and lasts longer than exposure to ultraviolet rays.

Studies have also shown that blue light can activate genes associated with inflammation and aging caused by sun damage. Several studies have proven that conventional sunscreens do not prevent damage from blue and visible light.

While blue light appears less potent than ultraviolet radiation, relatively more significant amounts of blue light reach the earth. In the UK, UV rays make up about 5% of solar radiation at midday in summer, but blue light makes up almost three times that, 15%.

Blue light can damage the skin, but it is not well known which sources of blue light are harmful to humans. Screen blue light is responsible for a small portion of the amount of blue light we receive.

Research has shown that device screens can increase the production of reactive oxygen species. However, a German skincare company Beiersdorf study found that the total blue light exposure from a screen 30 cm away from us is equivalent to one minute of the midday summer sun in Hamburg, Germany, over a week.

Another study showed that the blue light intensity of the screen is 100 to 1000 times slower than the sun’s blue light. This amount of light also could not cause melasma in affected people, which results in the discoloration of pieces of skin.

We’re spending more time in front of screens than ever, and while screens can cause damage, their effects pale compared to the impact of exposure to sunlight.

Companies conduct scientific tests on these products. But they can use any number of evaluations in their reviews. This situation is very different from the regulations regarding sunscreens that claim to have a sun protection factor (SPF). The International Organization for Standardization (ISO) supervises the sun protection factor test. Some products claim to contain SPF that undergo similar testing.

The lack of regulations to verify blue light claims makes it impossible to make an informed choice about the level of protection a particular product offers and understand the difference between different products. The absence of these regulations is unlikely to be dangerous for consumers, but the benefit from the products may be limited.

Given the evidence that screens emit blue light, it’s okay to be skeptical of claims that a product is needed to prevent skin damage from screens or phones. Traditional sun protection products (such as sunscreen) usually do not protect against blue light damage.

Hopefully, the skin care industry is trying to address this need. But it’s crucial that governments also step in and develop standardized tests used across the industry.

Meanwhile, it would help if you remembered to limit your exposure to sunlight. Using sunscreen (or any product that contains SPF) has been shown to prevent skin cancer and photoaging, and products that advertise protection against blue light may have an added benefit.