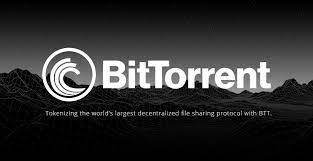 BitTorrent is a peer-to-peer file sharing protocol that has recently launched its own cryptocurrency with the BTT symbol.

Bittorrent,  This network allows you to download several different types of files quickly and for free from the Internet. More than 170 million people currently use the protocol every month.

The topics covered in this stock exchange article are:

How does BitTorrent work?

In order to clarify the issue, it is better to examine bitcoin (peer-to-peer protocol) and BTT (digital currency that acts as a monetary incentive) separately.

BitTorrent is a peer-to-peer communication protocol used for files and other types of data.
Like blockchain technology, It is a distributed system without a central entity.

Here’s how it works:

When hosting, Seeds split torrents into several sections so you can download them more efficiently. 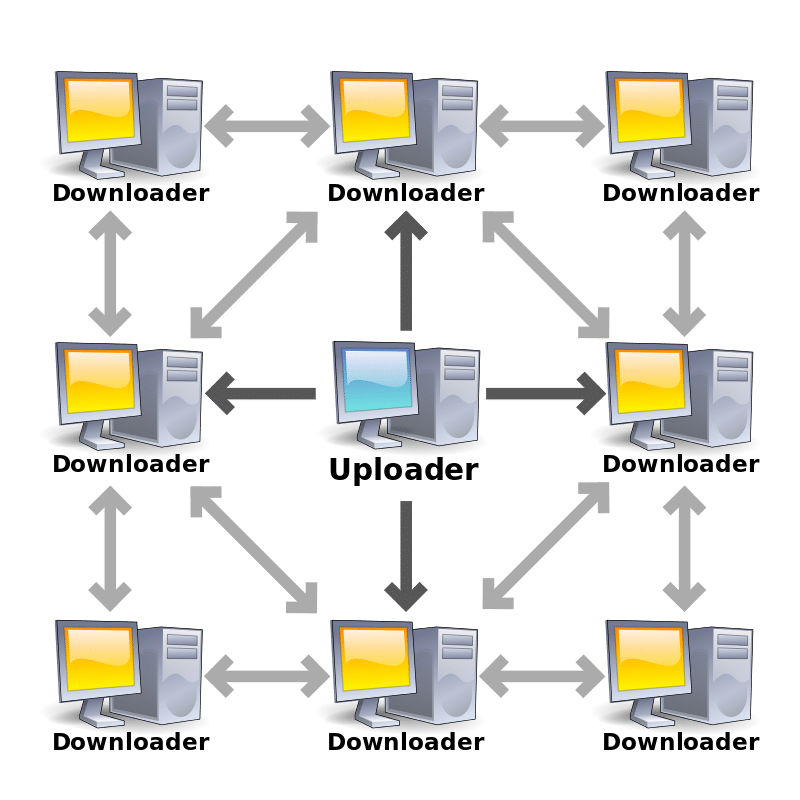 When you download a file from BitTorrent, you get different parts of that file from multiple seeds.

At the time of download and after finishing work, you can become a seed of your choice to help the network.

By not selecting the seed option, you get the title leech.

BitTorrents need seeds to survive their system, so becoming leech is not desirable.

The entire network of seeds and downloaders for a particular file is called a swarm.

BitTorrent was created long before the BTT token. Even today you can use the free protocol without tokens.

According to the project’s white paper:
“BTT serves as a general mechanism for trading in shared computing resources between BitTorrent customers and a transparent marketplace of service requisers and service providers.”

In addition to BTT, the project development team has also introduced “BitTorrent Speed”.

Because there is no financial incentive for the role of seed in this core protocol, swarms often die prematurely.

To solve this problem, BitTorrent Speed ​​offers a reward (BTT token) to users who continue to seed after downloading the file.

On the other side of the BTT equation, you can prioritize access to seeds, the constant availability of a file, and the use of other resources by paying your token.

The ultimate goal of implementing BTT is to turn BitTorrent into a content ecosystem, including content delivery, decentralized storage, and proxies.

BitTorrent team and the progress of this project

Bram Cohen launched BitTorrent in April 2001 and released a new version in 2013.
In June 2018, Justin Sun (founder of Tron) bought BitTorrent for $ 120 million to develop the Atlas project.

Cohen is no longer with the company, and several other key members have left.

Following this acquisition, BitTorrent raised $ 7.2 million as a result of the initial public offering (IEO) through Bainance.
There is still much room for improvement in the merger of the two decentralized companies.

BitTorrent Speed ​​is not currently available, but the team has stated that they will be launching it soon.

In addition, the BitTorrent Live project (a live video streaming service) is accepting registration for the beta version of the project.
However, the team has not yet announced the exact release date of this product.

With more than 100 million Tron and BitTorrent users, the project is leading peer-to-peer file-sharing systems.
Another popular file sharing platform (based on blockchain technology) is Upfiring.

The Upfiring platform encrypts any file hosted by seeders, which is not the case with BitTorrent.

Given the myriad uses of the file-sharing category, there seems to be a lot of room for growth on both platforms.

BitTorrent digital currency was named one of the best performances among cryptocurrencies in 2019.

BTT started with an initial offering price of $ 0.00012, and after a period of volatile trading at Oil, its price stabilized at around $ 0.0008.

If you are looking to invest in this project, consider publishing the Speed ​​and Live project as well. Both of these products can raise prices well.

Where to get BTT digital currency:

There are many options for buying BTT.
You can go to Bainance for BTT trading.

You can exchange this cryptocurrency with BTC (Bitcoin), BNB (Binary) and many other currency pairs on the Bainance platform .

Because BitTorrent may not be available in Iranian exchanges, you can buy Bitcoin through sites such as Bidarz and convert it to BitTorrent through trading platforms.

To view the trading platforms on which BitTorrent is traded, click on the Markets tab on the BTT page on Coinmarketcap: 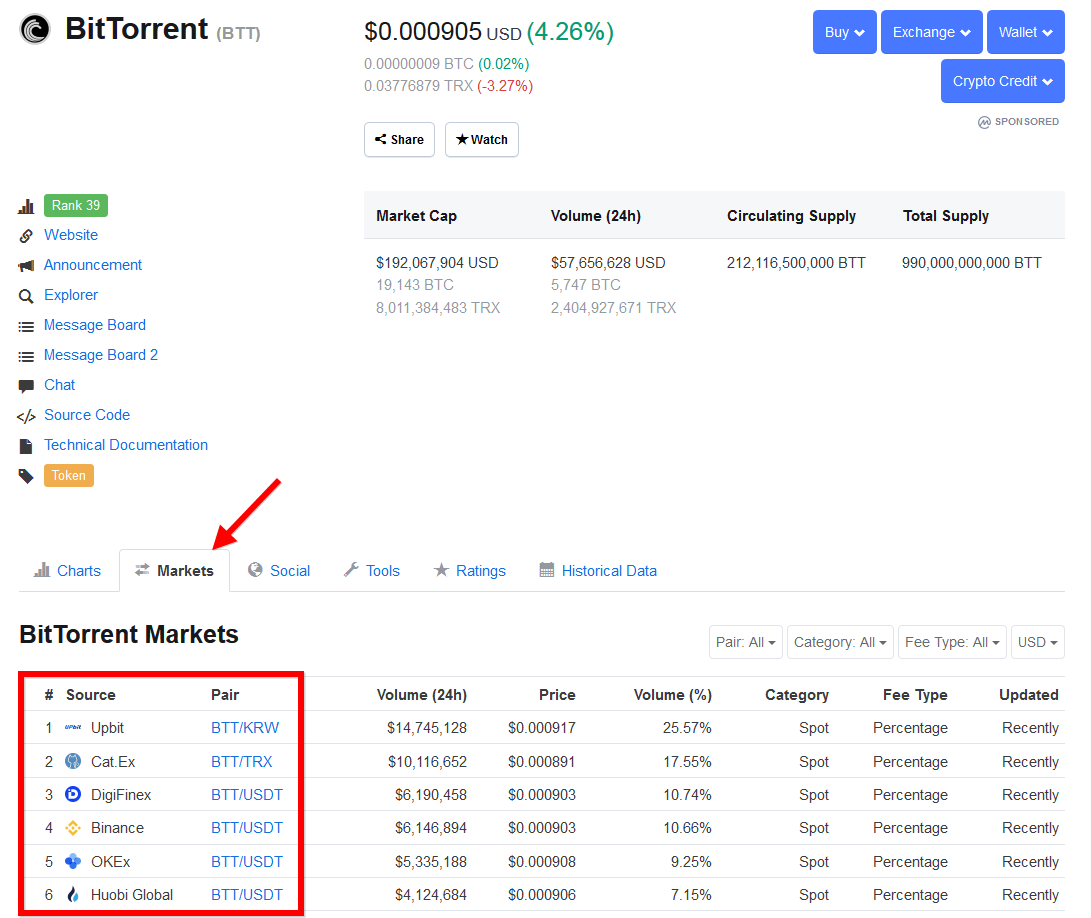 Where can BTT be stored?

BTT is a TRC-10 token that uses the Tron network, so you can store it in any wallet that supports TRX.

Tron is supported by many wallets, the names of which can be found on its official website.

Some wallets on which you can have BitTorrent tokens:

In addition to KIN (which is probably an ending project), the BitTorrent project is one of the biggest efforts to tokenize a successful network.

It seems logical to add tokens to the system to motivate seeders.

However, we will not be sure about this until the Speed ​​and Live projects enter the market. Until then, bitcoin is just another token from the world of altcoins.