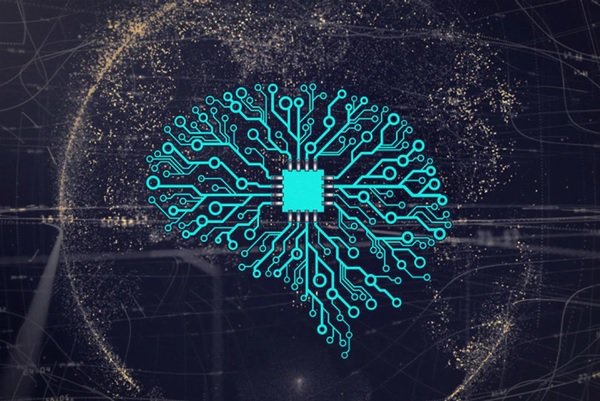 Automated reasoning refers to an approach from computer science and mathematical logic that deals with understanding different aspects of reasoning.

Automated reasoning leads to the production of programs that help computers to be able to reason completely and independently.

Currently, the most developed subfields of this science are automatic theorems and automatic proofs.

What is an argument?

Before defining these two concepts, let us first consider what is an argument? The reasoning is the legal combination of a known theorem (s) to arrive at a new theorem (s).

In reasoning, the mind communicates between several propositions to produce results from their connection, thus turning a dubious and ambiguous relation into a certain relation, in other words, the aggregation of affirmations Such as Mercury is a metal. Man is not an animal).

What is automatic reasoning?

This science received a lot of attention in the eighties and nineties. In 2005, Microsoft began using this argument in many of its in-house projects to identify its products.

All stages of proof must be shown correctly and its acceptance must not be based on intuition.

This reduces the proof of the error. The problem that an automated reasoning program needs to solve has two parts.

The first is the problem assumption, which contains the data obtained in the face of the problem. The second part is the result of data reasoning.

Solving a problem means proving its verdict on the premise, based on the inferential principles that exist in the body of the reasoning program.

The problem-solving process ends when proof of an existing problem is found or the program detects a lack of proof.

The Logic Theorist (LT) was the first automated reasoning program to be developed in 1956 under the title “Human Reasoning Simulation” to prove theories. To prove.

In addition, the program was able to provide proof for one of the theorems, which was much better and shorter than the proof presented in the book.

The authors of the book later wrote: “In today’s world, machines think. Machines learn and build.

What are the uses of automatic reasoning?

Logical Programming: Logical programming, known primarily as Prolog, is the most important application of automated reasoning. In the 1970s, scientists realized that logic could be used as a programming language.

Hardware Verification: With the advancement of automated reasoning, the industry is taking advantage of this technology. This includes using it to verify the operation of hardware systems.

Because minor problems with such systems can sometimes cause a great deal of damage to manufacturers, companies need to verify them properly before they are released. On the other hand, testing chips does not seem like a good way.

But by using automatic reasoning and mathematical proofs, they show that the system is doing its job well.

Artificial Intelligence: Automatic reasoning is widely used in the field of artificial intelligence.

In fact, it can be said that automatic reasoning is the heart of artificial intelligence. Because in this area, computing equals inference and problem-solving. The steps are taken to deduce the problem ultimately lead to the achievement of a certain goal.

The basis of creating a product with artificial intelligence is to gather “if-then” arguments about the world around the product.

What is inductive reasoning?

The induction process starts from partial observations and the inference of the results is generalized.

If we do not make such a judgment, our interpretation of that text is an inductive argument.

Since in any argument, such certainty (implicitly or explicitly) is claimed or not, so any argument will be inferential or inductive.

The inductive approach method is the opposite of this method, ie the researcher collects data and discovers the pattern between data and variables, then makes a hypothesis, tests the hypothesis, and finally theorizes.

Total induction is where the individuals in question, that is, the small samples from which we want to conclude, are so numerous that we can examine them all, that is, the individuals and samples are limited and few, and each has been studied separately. After reviewing all of them, a general verdict will be issued. This general rule applies to all of them because each of them has been examined and subject to this ruling.

This is induction if not all the people in question have been studied. In such a way that we find a certain adjective in some of them and then rule that all the people in that subject have that adjective. The following example illustrates this feature:

– All human beings I have ever seen die.

– So: Socrates will die.

The first premise states that all beings under the name and title of “man” that have hitherto been observed by the claimant died.

Socrates is also under the title of a “man”.

As a result, Socrates eventually dies, because he too will die as a human being. After all, the title “human” is attributed to him and this feature also includes him.

The inductive-deductive method is a method that has been around since the time of Aristotle, and in its evolution in the Renaissance, it has been criticized in various empirical sciences.

In general, it can be said that different scholars had accepted the principle of the inductive-deductive method, but people like Bacon in the sixteenth and seventeenth centuries had controversies with the Aristotelian method in the quality of the conditions and principles of their subject, which led to the correction of the Aristotelian method.

The purely inductive method, endorsed by the likes of Duns Scotts, Akam, Hume, and Herschel, was increasingly promoted in the nineteenth century by John Stuart Mill.

Mill argued that the necessity and causality of phenomena could be achieved through mere induction without the use of deductive methods.

The pure inductive method in the twentieth century led to the school of the originality of experience.

This school generally denies any prior or non-sensory knowledge.

There is another argument that is gradually entering the world of artificial intelligence. This approach is called a case study. Case-based reasoning, which is widely interpreted, is in fact the process of solving new problems based on solutions to similar problems in the past.

Case-based reasoning is not only a powerful method for automatic reasoning but also a comprehensive method for solving everyday problems.

This view is related to the prototype theory discovered in the cognitive sciences. The case-based reasoning method is based on using the answers to previous problems to solve new similar problems.

CBR is known as a way of modeling how people behave in dealing with new issues; In this way, it uses the experiences gained in solving past problems as a guide for solving new problems.

Problem-solving by CBR method is done in one cycle and includes four main operations as follows:

1- Retrieve the “case” similar to the new problem

At first glance, CBR may look like law-induced algorithms of machine learning.

Like the law induction algorithm, CBR starts with a set of training problems and examples. These definitions of these examples are formed by identifying the commonalities between the retrieved file and the target problem.

For example, if the simple method of making pancakes is generalized to a method for blueberry pancakes, it will create the conditions to use special methods for cooking it.

The law induction algorithm plots the generalization of experimental sets of samples before recognizing the objective problem.

For example, if this algorithm is used to teach different types of pancakes, such as Dutch pancakes or banana pancakes, before doing anything, you should learn the rules and type of baking simple pancakes and its tips.

The difficulty of the law induction algorithm is in predicting the different directions in which attempts should be made to generalize instructional examples.

In the pancake example, the CBR investigated the target problem using blueberry pancakes.

So it can generalize its cases exactly as needed to cover a serious situation.

In law, most cases are transferred from the CBR to the court and recognize the limitations of legal reasons, which include:

limited delays, limited knowledge about the future, restrictions on negotiations, and so on.