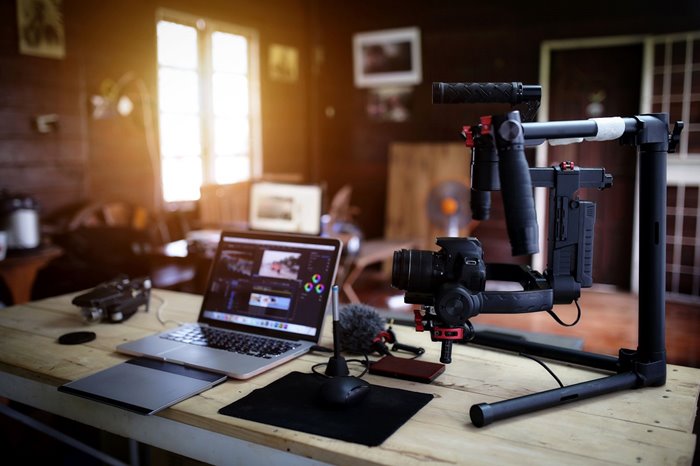 But what does it mean to be a vlogger, and where does the term vlog come from?

Even though the vlog has been around for twenty years and has arguably become mainstream in the last ten years, there still seems to be some confusion about its definition. People often replace this word with words like YouTuber, creator, video producer, etc.

If you google the word vlog, the definition that appears will not be the same. So we want to understand the meaning of vlog first by giving a general description of vlog and then by comparing vlog with other words that people commonly mistakenly replace vlog with.

What is a vlog?

People usually associate vlogging with YouTube, but the concept of vlogging has been around for a long time. A vlog, short for a video log or blog, is a journalistic video depicting a person’s life while being narrated and recorded, usually by the same person. The first video blog can be considered from the early 2000s, When Adam Contreras uploaded his first video to a blog in January 2000. Despite all this, the appearance of YouTube made the idea of ​​vlogging permanent.

Difference between vlog and blog

A standard definition of a vlog is a video blog. It’s reasonable for people to think of a vlog as a video version of a blog (written content), but most people don’t usually use that word. The word “blog” was coined a few years before vlog as a shortened version of “blog.”

A blog is a website or web page written in an informal or conversational style, updated regularly, and usually run by an individual or a small group. Blogs can be about anything. Every corporate website has a blog, rarely a personal one. If you started a blog as a personal journal to write about your daily life, you would probably describe it as a “personal blog” to distinguish it from the general meaning of the word blog used today.

The difference between a vlog and a video on the web

A vlog is something much more special than a video on the web. Vlogs are different from online videos because they revolve around recording people’s lives. While blogs have become an online writing style, people still define vlogs as personal videos that include more details about people’s lives, even if their vlogs focus on a specific interest.

In the vlog, the cameraman and the narrator are the same people; This is an essential element that differentiates a vlog from a video about a specific person.

Who is a vlogger?

As we mentioned, a vlog is just a video blog, but vlogging is somehow different. You can travel to Dubai, record a series of videos all day and edit them all into a vlog, But does this make you a vlogger? Technically yes, but not quite.

The term vlogger has evolved into a more specific meaning. The term vlogger is a combination of the two words video and blogger. A vlog is simply a blog where the medium is a video instead of written words. A person who creates fashion vlogs is not necessarily considered a vlogger. 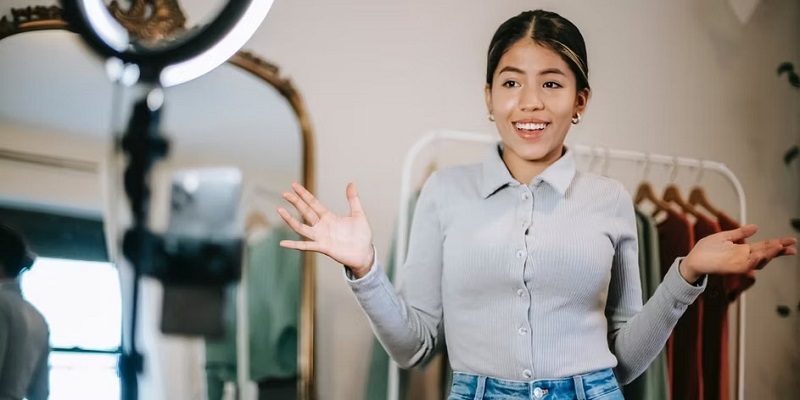 Today, a vlogger is a personal blogger who regularly posts embedded videos in addition to or instead of text and other content on their blog. Some vloggers post videos that feature themselves or are independently recorded, while others may post videos in a specific genre, such as humor, science, or sports.

A vlogger creates personal videos that show the main subject of themselves and their lives. He shoots these films himself and usually does the editing himself. These videos are typically released on a strict schedule, sometimes even every day of the week. As the oldest active vlogger, Adam Contreras has regularly uploaded vlogs on his YouTube channel for over 15 years. His vlogs may not look like the vlogs of modern vloggers, but he’s vlogging nonetheless.

A person can start a fashion blog and write about makeup and clothes. Likewise, that person can have a fashion vlog where they reveal their makeup routine and show off new outfits.

The difference between a vlogger and a YouTuber 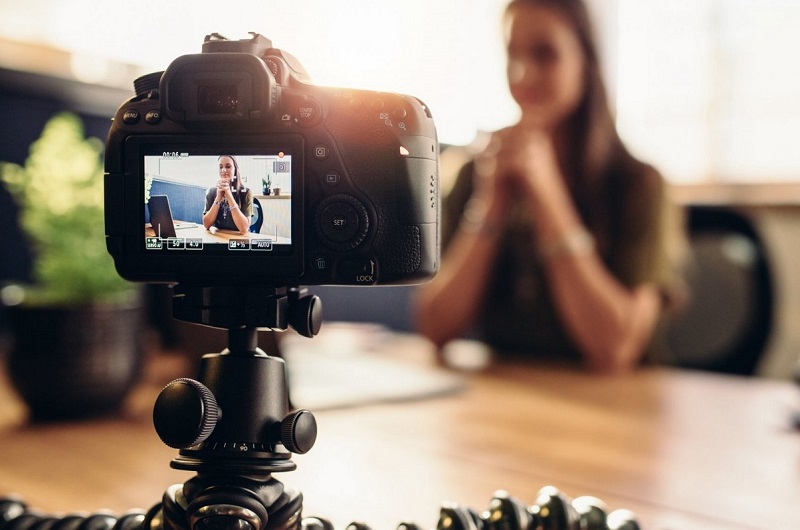 Philip DeFranco is a popular YouTuber and news commentator who produces his videos. But since his videos do not include his personal life (or elements), he cannot be considered a vlogger. The popular YouTube channel Crash Course videos are run by brothers Hank and John Green, who teach history and science on their channel. While they are both YouTubers, they wouldn’t be vloggers if they weren’t producing videos related to their lives on another track called Vlog Brothers.

Adam Contreras, the world’s first vlogger, published many of his first vlogs before the invention of YouTube. YouTube only makes it easier to upload, host, share and monetize online vlogs, so most vloggers prefer to publish their content on this platform.

Gary Vaynerchuk’s vlogs are recorded and edited by a full-time videographer. Gary is a vlogger who does not record or edit his videos but still calls his videos a vlog.

The English language is flexible and ever-changing; Therefore, any definition, including the exact definition of vlog and vlogger, may change over time.

How to become a vlogger?

If you want to know how to start a vlog and become a vlogger, there are some essential first steps to consider. 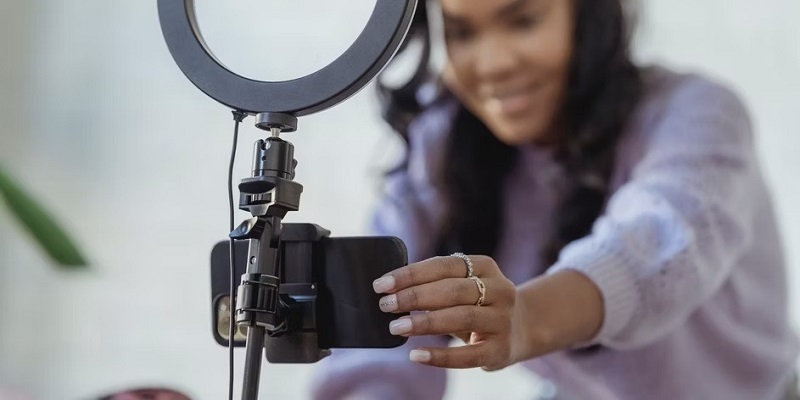 First, you must choose a platform to host your vlogs. Naturally, YouTube is the leading candidate; Because it’s the birthplace of modern vlogging as we know it, and that’s not going to change anytime soon. However, you may also want to consider platforms like Instagram and TikTok. Both are competitors of YouTube and want to be present in the video platform scene. You may want to diversify your strategy and include a mix of related platforms in your content calendar.

Choose a style and theme.

When you first start a vlog, you need something that will set you apart from the crowd and attract people to you. That’s why you should choose the central topic that can be anything you want: travel, road cycling, home cooking, makeup, etc.

Our only advice is to choose something you are passionate about and good at. This way, it will be easier for you to film your vlogs and find a style. Your enthusiasm naturally shines through in your videos, giving your audience more reason to come back and watch your other vlogs. 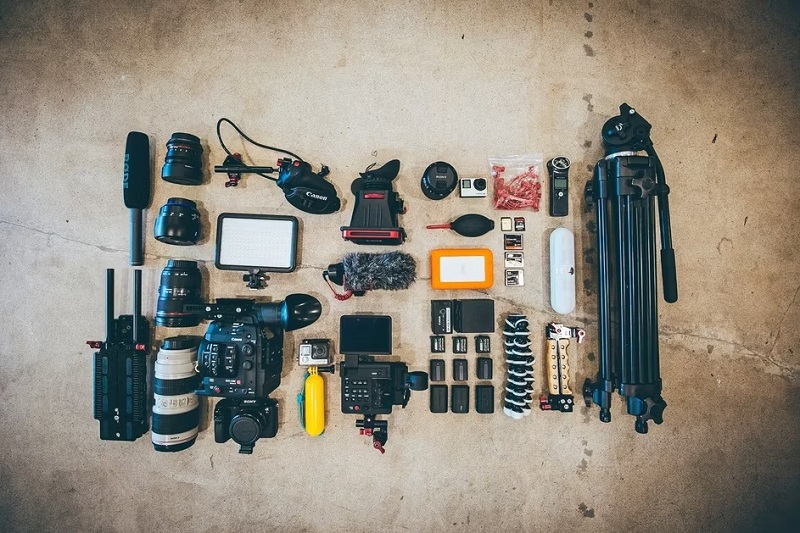 The great thing about vlogging is that you don’t need a lot of fancy equipment to do it; In fact, you may already have everything you need. The main thing you need is a camera. As you’ve probably seen on YouTube, vloggers use everything from smartphones to substantial movie cameras to vlogs.

iPhones are particularly popular among vloggers. iPhones are great because of their quality camera, video features, and editing tools. Many vloggers start with an iPhone

they did, So you can too. Even an older iPhone XR would be good, to begin with.

You’ll need something to hold your phone or camera next. A stand or holder that can hold the phone and is flexible enough.

Finally, a vlogger camera should strike a good balance between price, quality, and weight. Remember that you will likely have to carry this device all day, in public. Therefore, it is better to choose a light and tiny camera; But make sure it has a good level of autofocus, image stabilization, and a pop-up screen so you can see yourself while shooting.

Other factors to consider are your lighting and sound settings. For example, do you need a ring light? Since sound is just as important as picture quality, you need to use a quality microphone. If you have a good story, the audience will appreciate a slight decrease in picture quality, but they will stop watching as soon as the sound is terrible.

The three-act structure gives each video a helpful framework for you and the audience. There is a beginning where you define what you are doing, the problem or challenge, an encounter where you address the issue, and a decision where you wrap everything up and conclude.

Check out your favorite vloggers.

If you’re looking for how to start a successful vlog, it’s best to check out those who’ve been there and done it before you. Ask yourself why they are successful. What do you like about their videos? What device do they use?

Then try to find the answers to these questions. While being unique and authentic is the ultimate key to vlogging, it can’t hurt and even be helpful to get inspiration and ideas from those you watch. 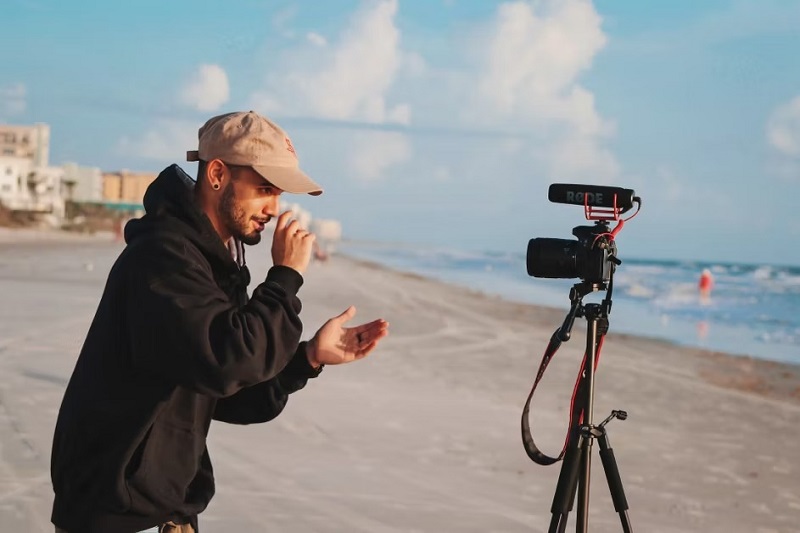 The first few seconds are crucial. Your viewers have an unlimited number of videos to watch. If you don’t get their attention right away, they won’t continue. So at the beginning of every edit, make sure you jump right in to deliver what the viewer wants. This gives the audience a reason to keep watching.

During editing, make sure your video represents your brand well. Remember to use motion graphics to remind your audience to like and subscribe. When it comes to the end of the vlog, give people a reason to return for more.

Vlogs are usually between 10 and 20 minutes long. To keep people’s attention, you need to edit quickly and smoothly. Use jump cuts and different camera angles to keep the video fresh and exciting. Remember, vlogs are other than regular videos. They must move at a fast pace.

Use of music is permitted.

Depending on the platform where you will upload your vlog, the upload process will be slightly different; But there are a few key points to keep in mind.

You ultimately want people to click to watch your video, So you need to consider factors like keywords, title, thumbnail, and video description for each platform you will use.

If you are thinking of creating a vlog for fame and income or just for fun, following the above guide, you can take your initial steps right. The most important thing is to practice and know that this process takes time. When thinking about how to start a vlog and make money, you need to know that patience is required. Nothing happens overnight, and learning occurs as you go.

What is a vlog?

A vlog is often a personal video filmed by the subject himself. A critical aspect of vlogs is regularity; Weekly or even daily uploads are daily for YouTube vlog channels. Like bloggers, a vlogger is usually expected to publish new content regularly.

How to start a vlog?

Do. Production of a vlog starts directly from a smartphone or any other camera that can record video. Since a vlog is focused on your personal story or interest, you must begin recording and posting videos about your life on the Internet through YouTube or any other site that hosts and shares your videos.

What are the different vlog styles?

Vlog styles are different types of videos that have a particular emphasis on the life of vloggers. This focus can revolve around teaching others about a specific interest, such as fashion, makeup, cooking, or photography. Also, the focus can be on a particular part of the vlogger’s life, such as family, disability, or travel.