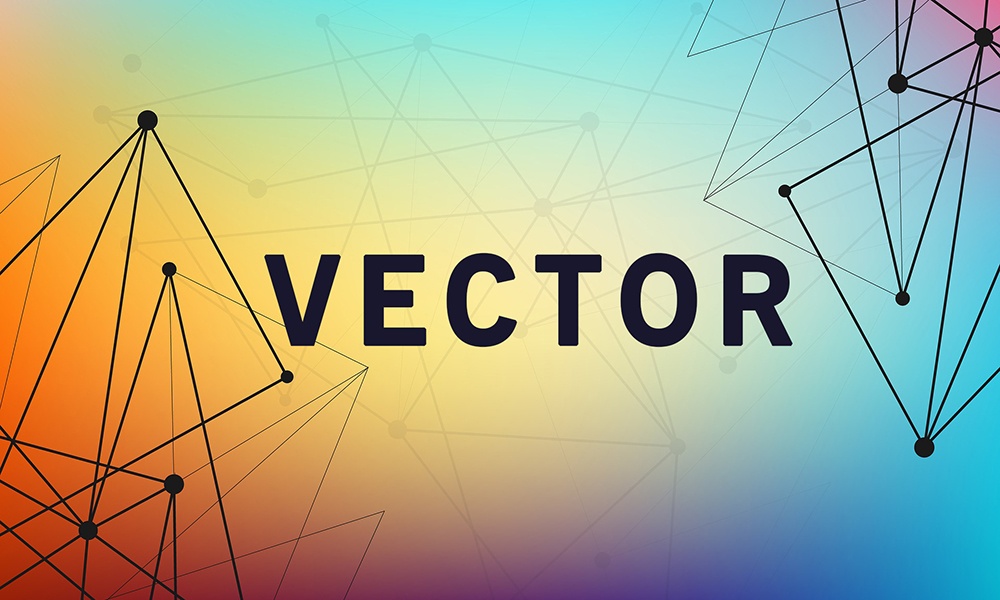 The word vector has different meanings in mathematics, programming, and different disciplines and implies different concepts. But what we are looking at in this article is the introduction of vector images, which are referred to by the same name as Vector. Therefore, in the following, we will examine the concept of Vector, or in English, in the category of images and photos.

We know that to draw a line, millions of dots come together to form the line we want. With this point structure, countless designs and images can be drawn. There are simple picture books for children and toddlers that you may have come across. Some of them make dot drawings. That is, several dots are placed in a specific place on the page and the child has to connect the dots in a row based on the numbering done to form an image and make sense.

In the computer and digital world, instead of those points, there are small squares called pixels that, when put together, form the images that the designer wants. These designs, which arise from the juxtaposition of small squares, are called pixel or raster images.

If you have experience working with a computer and watching images on it, you must have zoomed in on an image too much and seen those small pixel squares. It does not matter if you have never experienced this before; As soon as possible, you can open an image taken with the camera on the computer and zoom in on it as much as possible. This way you will deal with those pixel squares.

But vector images are not like that. Their structure is different from the ones we gave as an example. They are not dots the way we used to be on paper and they are not pixels or small squares the way we use them in cameras.

With these curves and these lines, countless images and designs can be drawn by the vector method. This way of drawing allows people to enlarge or shrink the images as much as they want and resize them in any direction they want, and in no way with squares like what we saw in the pixels or other lesions. Therefore, such images do not deteriorate due to resizing.

The following are the common formats for vector images in the digital world:

Advantages of vector images over other types of images

The first thing that can be the superiority of the world of vectors in images is the lack of a problem which is a quality loss for them. In this way, these images can be in logo design, banner ads, billboards, and. In designing environmental advertisements such as posters and advertisements that can be on the Internet and television. There types of images can be no need to worry about quality loss due to their resizing.

What you will gain from the experience of working with a variety of images is the limitation of using the world of colors in vector images. In bitmap images, the designer or cameraman has access to a vast world of colors and color spectrums. But according to the image below, in the vector world, because there is no news about the small squares that make up the image. It is not possible to deal with colors as it is possible in pixel images.

Under what circumstances is it more appropriate to use vectors?

In the following cases, it is better to use vector images in our designs: