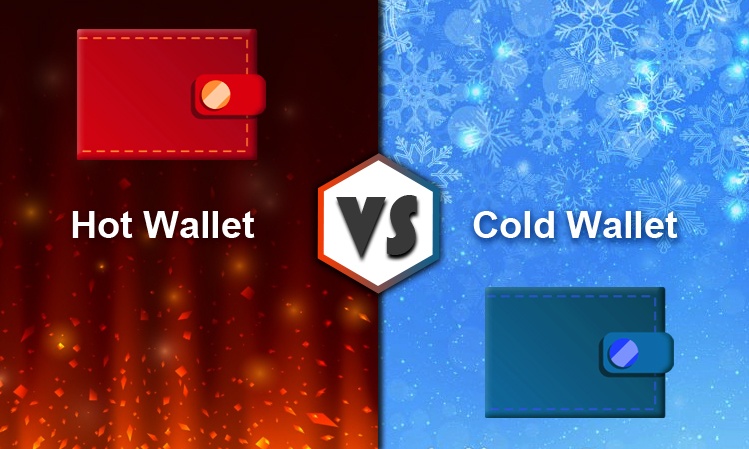 If you work in the field of buying and selling digital currencies, you must have come across the term Coldwallet and Hotwallet wallets. Traders often argue over which wallet is best for storing digital currencies, and the debate seems to never end. That’s why we decided in this article to examine both wallets and introduce the features of each to you.

Digital wallets have been around since the advent of bitcoin and have been available to users both online and on a desktop. Mobile wallets are also digital wallets, but are as hybrid wallets due to their portability.

The ability to store all cryptocurrencies and the free digital wallet is one of its most important features. When a new currency code is created and its initial coin offering (ICO) is issued, buyers must store it in a wallet to use that currency code. Currency cryptocurrencies are people who also develop and market their wallets.

Well-known currencies such as Bitcoin, Atrium or Ripple cover a wide range of digital wallets, and each of them offers different capabilities to the owners of that currency. Developers of new and unknown currencies, on the other hand, usually create their own wallet, which is also equipped with the basic capabilities of buying, selling and trading.

This is one of the advantages of Hotwallet wallets compared to Coldwallet. In other words, most people prefer to buy and sell new and unknown cryptocurrencies that cannot be stored in Coldwallet.

Another advantage of hot wallets is that they are free so that you can easily and completely save your digital currency by downloading and registering in them. This feature does not exist in coldwallets, so the cost of using them is high for users.


As mentioned earlier, coldwallets are hardware devices is for storing digital currencies. Of course, coldwallets, like hot wallets, have their advantages and disadvantages, which we will introduce in the following.

One of the great benefits that Coldwallet wallets offer to users is that digital currency holders can carry all their assets with them. Coldwallets are very small and compact (the size of a flash drive) so you can put it in your clothes pocket and use it easily.

However, coldwallets also have significant disadvantages compared to their counterparts. Coldwallet wallets, for example, are so expensive that a regular model can cost up to $ 100. So their price is not affordable for people who have little digital assets.

Another disadvantage of coldwallets is that it is not possible to store all cryptocurrencies in it. In fact, most coldwallets on the market only support major cryptocurrencies such as Bitcoin, Ethereum and Dash. In general, most people prefer to use hot wallets to Coldwallet due to the high price and limited storage of new currency passwords.

Of course, keep in mind that hot wallets are very vulnerable to hacker attacks. In fact, the keys and security codes of users are in the online servers of hot wallets, which hackers can compromise it. Of course, websites like coinbase.com or Binance.com are highly secure and fully protect your assets.

Coldwallets, on the other hand, are much more secure. Virtually all of your security code is stored on one piece of hardware, which also protects your property when connected to computers infected with keyloggers and leachers or malware.

The Treasury wallet came in 2013 and can be the first coldwallet. According to most users, this wallet is the safest way to store cryptocurrency. The treasury is so small and compact that it can be easily carried around.

The company that makes this wallet is constantly updating its products for more security. This quality wallet is priced at around $ 99, which can be affordable for such products.

The Ledger Nano S wallet is the most powerful competitor to the Trezor wallet and offers users the features of the Trezor at a lower price. The price range of this wallet is currently around $ 80, which is very affordable for such a quality product.

KeepKey hardware wallet has a very stylish appearance and design. Of course, this wallet is a bit heavier than the previous two. It may not be to the taste of some users. The current price of the KeepKey wallet is around $ 130 and it is one of the most expensive coldwallets on the market.

The ColdWallet S wallet is one of the newest coldwallets. In addition, the ColdWallet S is the first mobile wallet with the ability to store cryptocurrency offline and other features. Fully accessible via mobile app. Although this wallet is the new generation of Coldwallets, it soon gained the trust of most users. This wallet is currently priced at around $ 100.

Based on the explanations given in this article and the advantages and disadvantages of hot and coldwallets. You can choose one or both of them and use them. The best hot wallets are Trust wallet and Atomic Wallet, which support many digital currencies and are very easy to work with.