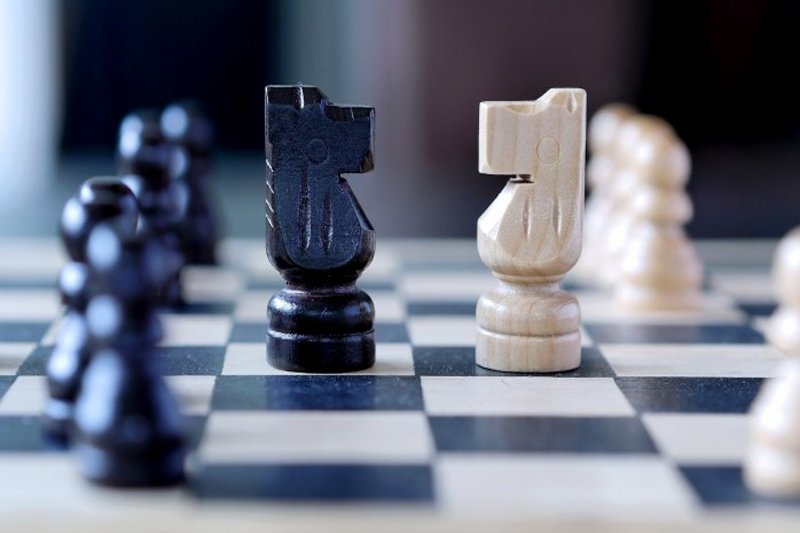 In The First Part Of The Discussion Entitled “Betrayal Of Negotiation,” While Providing A Definition Of Negotiation, I Pointed Out How Other Important Cognitive Skills Such As Emotional Intelligence, Cognitive Flexibility, And Critical Thinking Affect Negotiation.

I also said that one of the most important and perhaps the most essential principles in negotiation is to be ourselves and not to play a role and to be fully present in the talks at all times.

Although I have said that I will not follow the general and technical principles of negotiation and I will try to focus more on the psychological and hidden points of negotiation, I think it is necessary to first mention the types of bargaining and steps before dealing with other hidden issues of negotiation.

To have some comprehensiveness of the discussion for those who follow these topics. Types of negotiations …

Most sources and books related to this field divide negotiation into two general types: distributive or fixed negotiation and integrated or consolidated negotiation.

Put literal learning on the schedule to learn negotiation techniques and skills. Negotiation training courses, classes, and workshops are held to teach this type of negotiation. It is here that we must learn to use soft skills to both defend our interests and to be able to understand the other party’s interests and to negotiate a situation where the parties are satisfied and feel that they have been able to make valuable concessions in return. Get.

Leonard Greenhalgh is one of the most prominent theorists in the negotiation debate. In his famous book called “strategic relationship management» (Managing Strategic Relationships) 1, the traditional negotiation doctrines on his side. Instead, studying hundreds of management emphasizes cooperation rather than competition.

Greenhall describes the steps of negotiation as follows:

Set goals, list topics, review and identify alternatives, review conditions, and work with the other party.

Establish a relationship with the negotiating party and get to know them better to facilitate the negotiation.

At this stage, we look at the negotiation issue from the other side’s perspective, what this negotiation means, what benefits it brings, and what the consequences will be if this agreement is not formed.

According to the information gathered and the knowledge gained from the goals, the type of negotiation and how to achieve the goals are determined.

6. Reaching the agreement (Closing the deal):

If the previous stage is well completed, we will reach the stage of concluding a contract. At this stage, which should write in most cases, the agreed items should record one by one, and nothing of the issues discussed should be recorded, as this contract will henceforth be the standard of action and subsequent judgments. 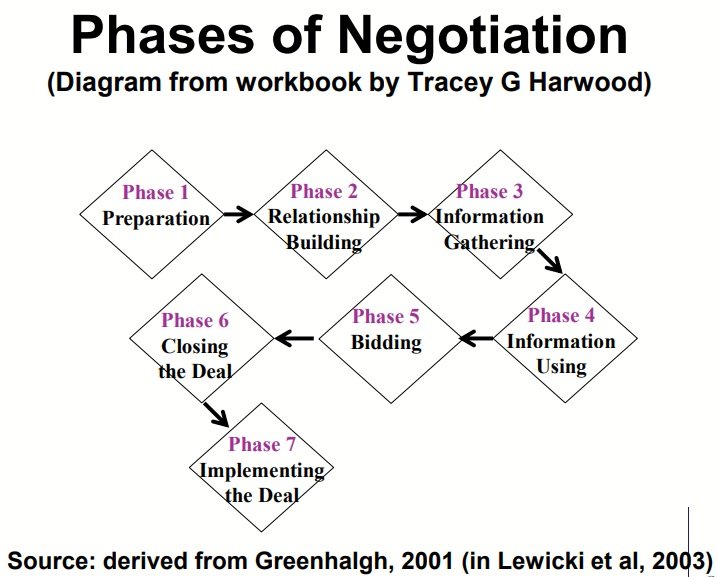 Contracts are not executed automatically after the warranty. They may interpret differently during the contract, or one of the parties may want to use some of the existing gaps and … At this stage, using the methods in the agreement to Fixing such problems is embedded, they try to solve the problem.

Dispute resolution authorities are usually mentioned in the contracts. If the parties are unable to resolve their differences through dialogue, they can refer to these authorities.