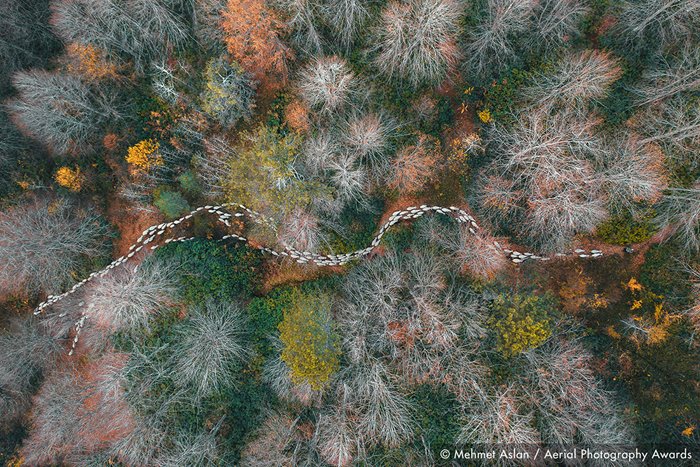 Aerial photography is the process of recording photos from a certain height. Because of its great power, aerial photography can offer a new perspective on the subjects photographed. Aerial photography is not only possible with the help of a light plane or helicopter and flying to heights; Rather, many components must be considered for aerial mapping to ensure that the data is valuable enough to achieve our desired result in photography.

Landscape features are often difficult to observe on the ground, and coordinates can easily be overlooked. A slight offset from the ground surface may be significant at close range and in the broader bed. Some areas are challenging to reach within one foot; As a result, aerial photos are necessary for their study and mapping. Aerial photography includes all images that have all the characteristics of the earth’s surface, from tolls and elevations to constructions and even military movements, and are usually prepared with unique cameras that are located in airplanes.

Among the essential applications of aerial photography, we can mention all kinds of studies in geology, road construction, environment, and natural resources, urban planning, agriculture, and most importantly, military and security discussions. Holding aerial photo contests has also created an opportunity for the creation of professional and non-professional photographers to capture the earth from an angle that few have seen.

Also, British photographers, having received eight awards, placed third in terms of the highest number of winning photos in the competition.

The jury awarded 106 photos in 23 different categories. Participants were also invited to submit their best images taken using drones, helicopters, kites, balloons, or airplanes to win a share of the $10,000 prize.

The title of “Aerial Photographer of the Year 2020” was awarded to Sébastien Nagy from Belgium, who now lives in Brussels, thanks to several photography awards in different categories and an impressive average score. Nagy started aerial photography by capturing images from the rooftops of his city. He won first place by presenting a photo of one of the hotels in Greece. Sebastian Nagy says:

This is my first time participating in a competition that I love. I had never participated in a race before, But in this competition, I heard many positive things that encouraged me to participate in this event. I didn’t think I would win a prize and participating in this competition was more for fun; So, so I was shocked when I heard the happy news. At first, it was a little hard to believe that I had become the photographer of the year; But I felt comfortable and proud. My passion for this award is incredible and very satisfying. This award made me want to test myself in other fields as well. Maybe one day I will be able to judge others in this kind of competition.

The judges of the aerial photography awards were:

It seems that the passing of umbrellas has given colors to the gray canvas of life. 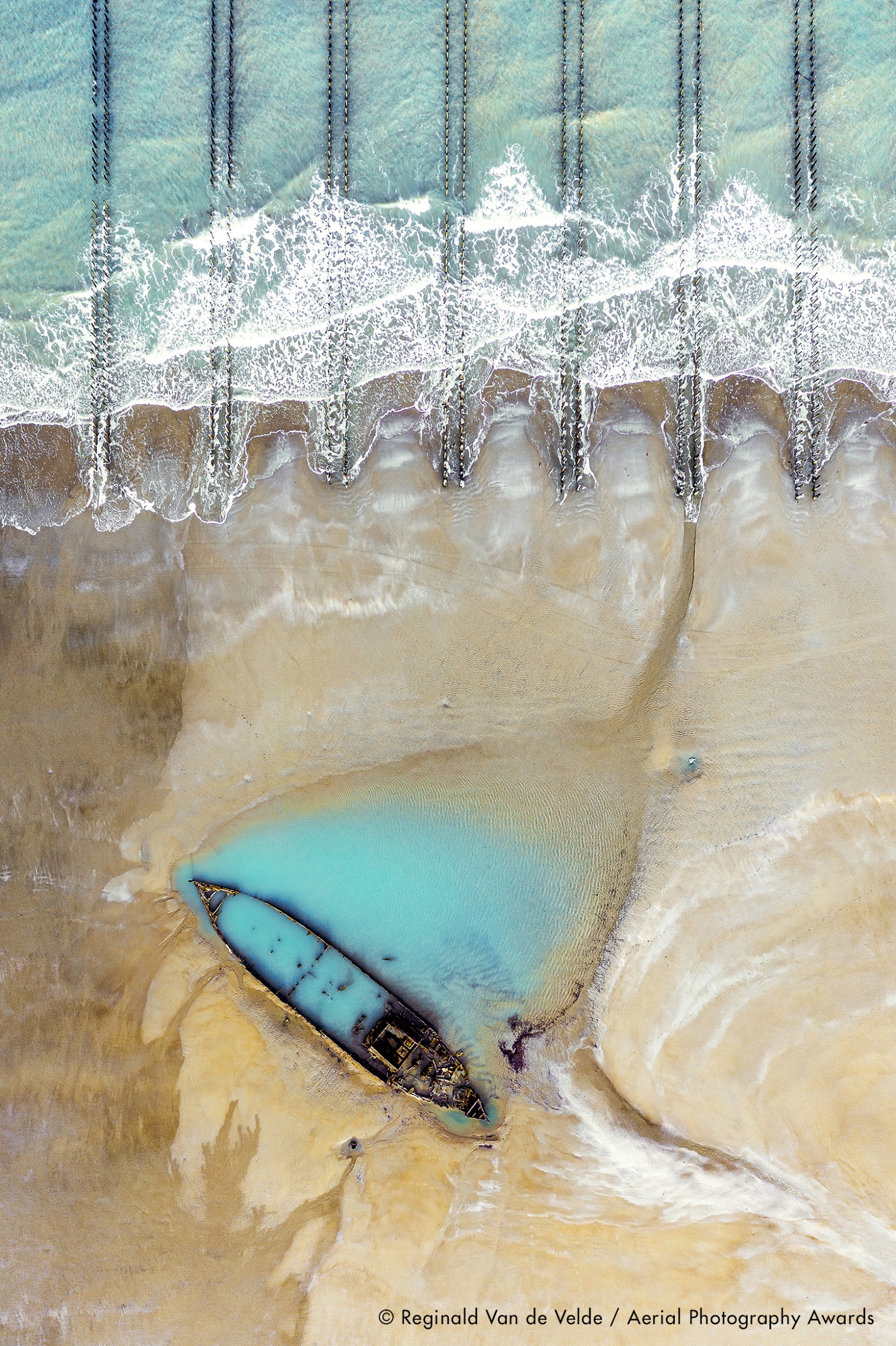 This image shows the remains of a British World War I minesweeper that ran aground during the conflict off the French coast. Buried under the sand for years, the minesweeper has only been visible in recent years due to the severe erosion of the coastline.

This image was recorded from one of the hotels on the island of Santorini in Greece. This island is located 200 km from Greece and is known as a honeymoon destination due to its historical theme and white houses. An island considered an important attraction in the Aegean Sea; tourists can enjoy its historical sights and delicious food, and its world-famous sunset scenery.

The winner of first place in the category “The World in Quarantine.” 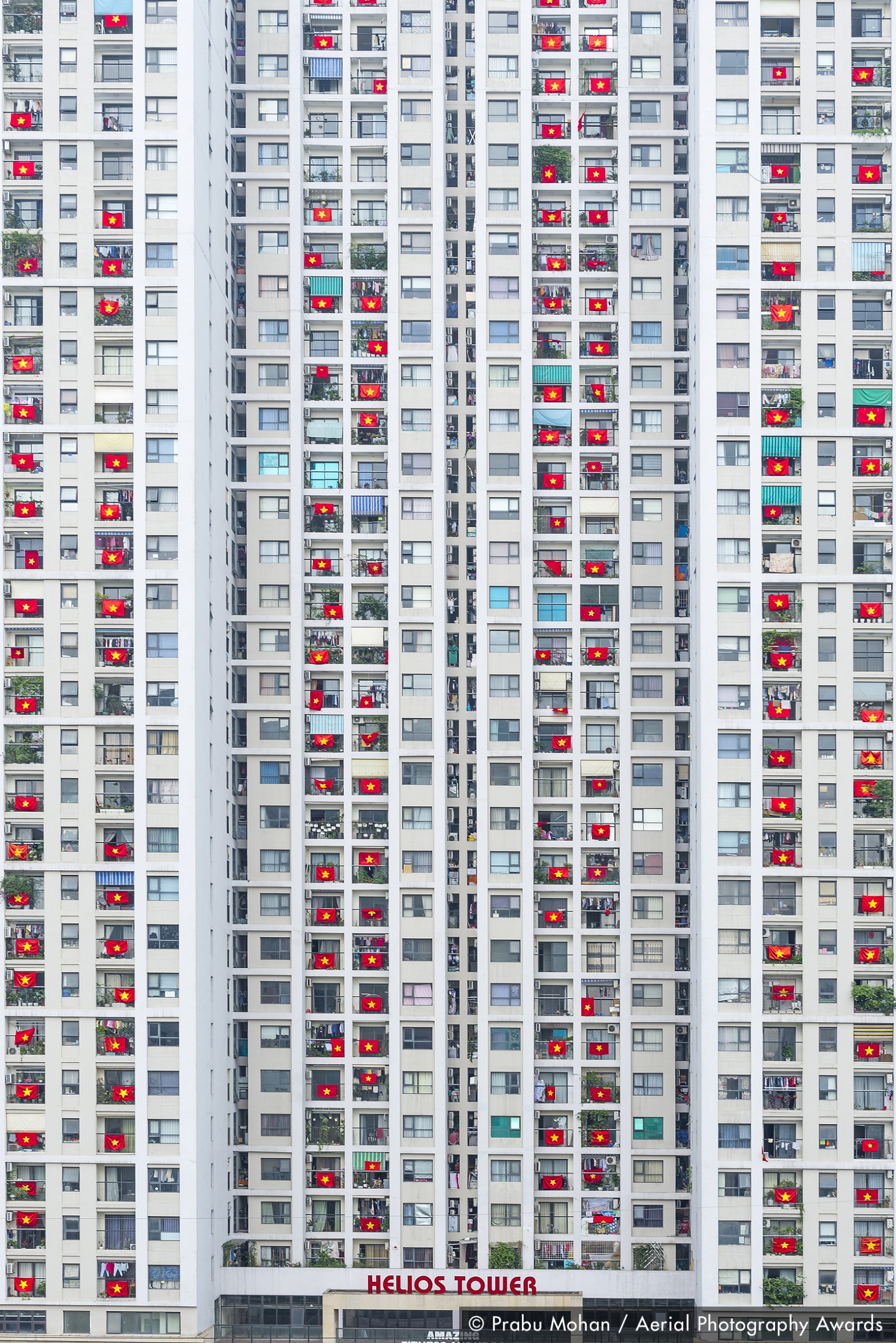 One way to show support during difficult times is to be with others. In this picture taken from an apartment near my house, residents of the flats hang Vietnamese national flags from their windows to show support for those on the front lines fighting the Coronavirus. The photographer says in the explanation of this picture:

In an overhead view, this image shows the rock formations of the Tataqua desert at sunset. Tamaqua is a dry region in Colombia, the second largest in Colombia, with an area of ​​330 square kilometers. This desert is in the north of Avila city, 38 km from Niva in Colombia and 15 km from Natagaima in Tolima. Tamaqua has two distinct colors, red and gray. In 1538, Gonzalo Jimenez de Quesada, a conquistador, named this desert the Valley of Sorrows; Because this area is not only a desert but also a dry forest. Tamaqua means rattlesnake in Spanish. The plants in this area have adapted to harsh weather conditions. The roots of plants grow up to 30 meters long and up to 15 meters deep to reach the water. The animals of this desert include turtles, rodents, snakes, spiders, scorpions, eagles, and wild cats.

The length of the cacti in Tataqua reaches 4 to 5 meters. The red color of the desert has a view similar to the planet Mars and is one of the best places on the earth to observe stars and constellations. The presence of red rocks and unobstructed horizon gives the feeling of being on another planet. Stargazing enthusiasts camp in this place every year and watch the constellations from the middle of this desert at night and without light pollution. It is scarce to see so many constellations in one area, But the Tatakua desert is such that this capacity exists in it.

This image was taken from the beaches of Qeqertarsuaq in Greenland, at minus 25 degrees Celsius. One of the most beautiful yet abstract places I have ever seen. The photographer says in the explanation of this picture:

Greenland is the name of an autonomous region of Denmark. This land is located in the waters of the Arctic Ocean and is home to about 56 thousand people. Also, this country is the least densely populated region of the world. Its population comprises indigenous people (of Eskimo descent) and Danish immigrants. Except for a few limited spots inhabited by Greenlanders, the rest of the region is frozen and generally uninhabited. This land is geographically located in the environment of the North American continent, But politically and culturally, it has more relations with Europe, especially Norway and Denmark.

First place winner in the “Forest and Trees” category.

In this picture, a flock of sheep uses a forest road to return home. 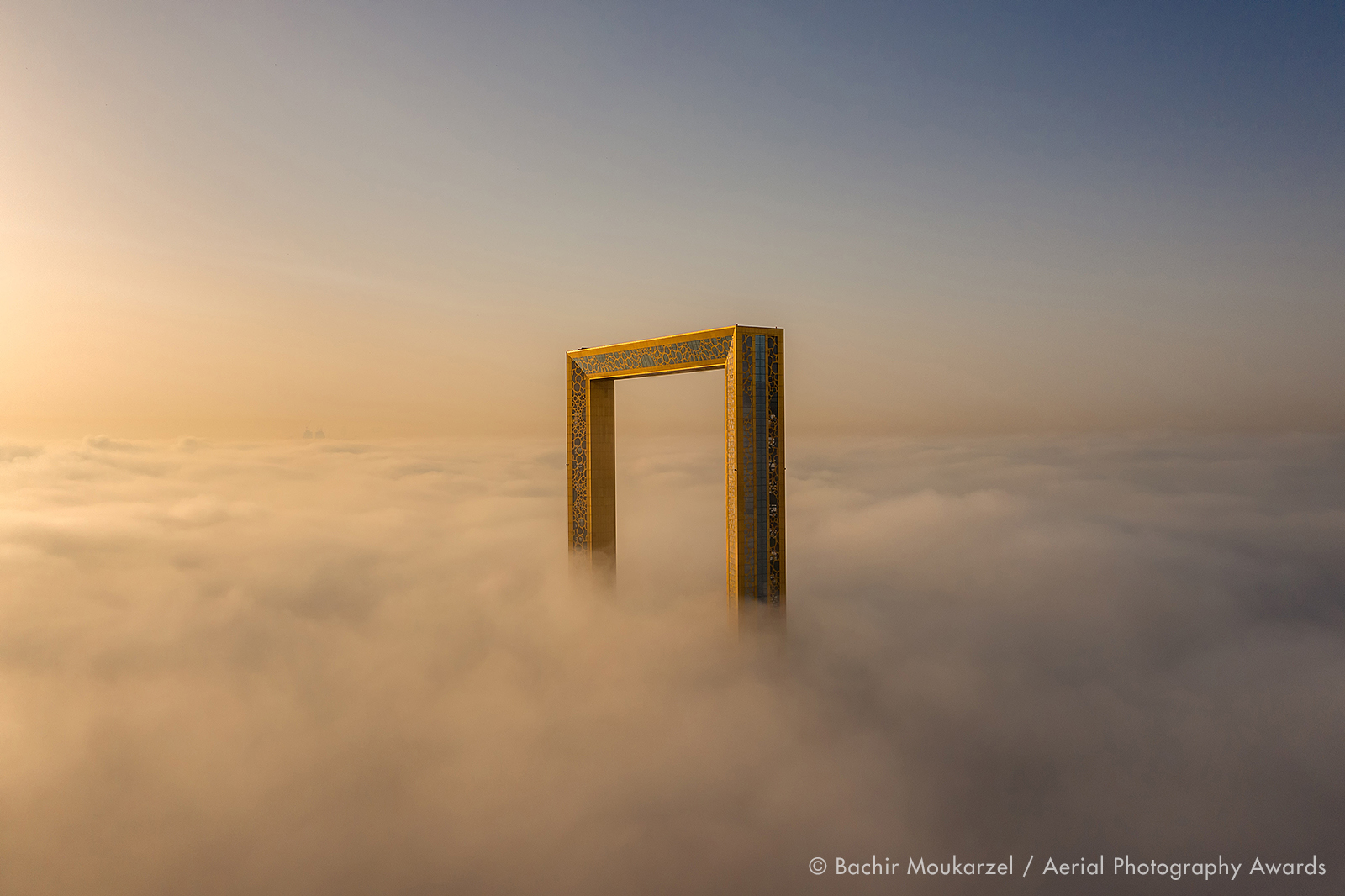 There are many doubts about whether this frame exists in Lebanon or Dubai. This 492-foot frame is the most giant in the world. The talk around this frame is very controversial, and it is often called the largest stolen building in the world; Because the designer of the structure was not given credit for its construction. 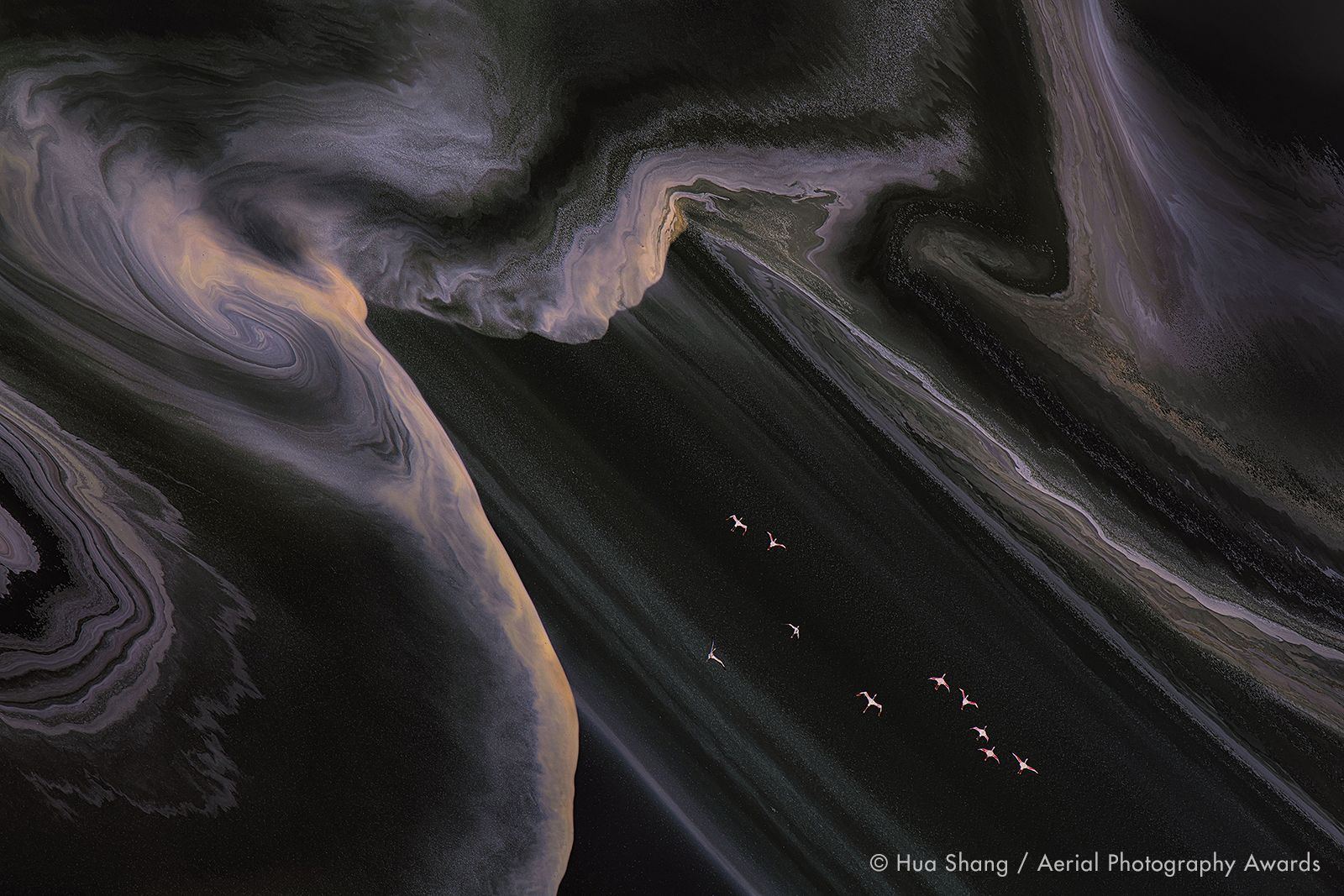 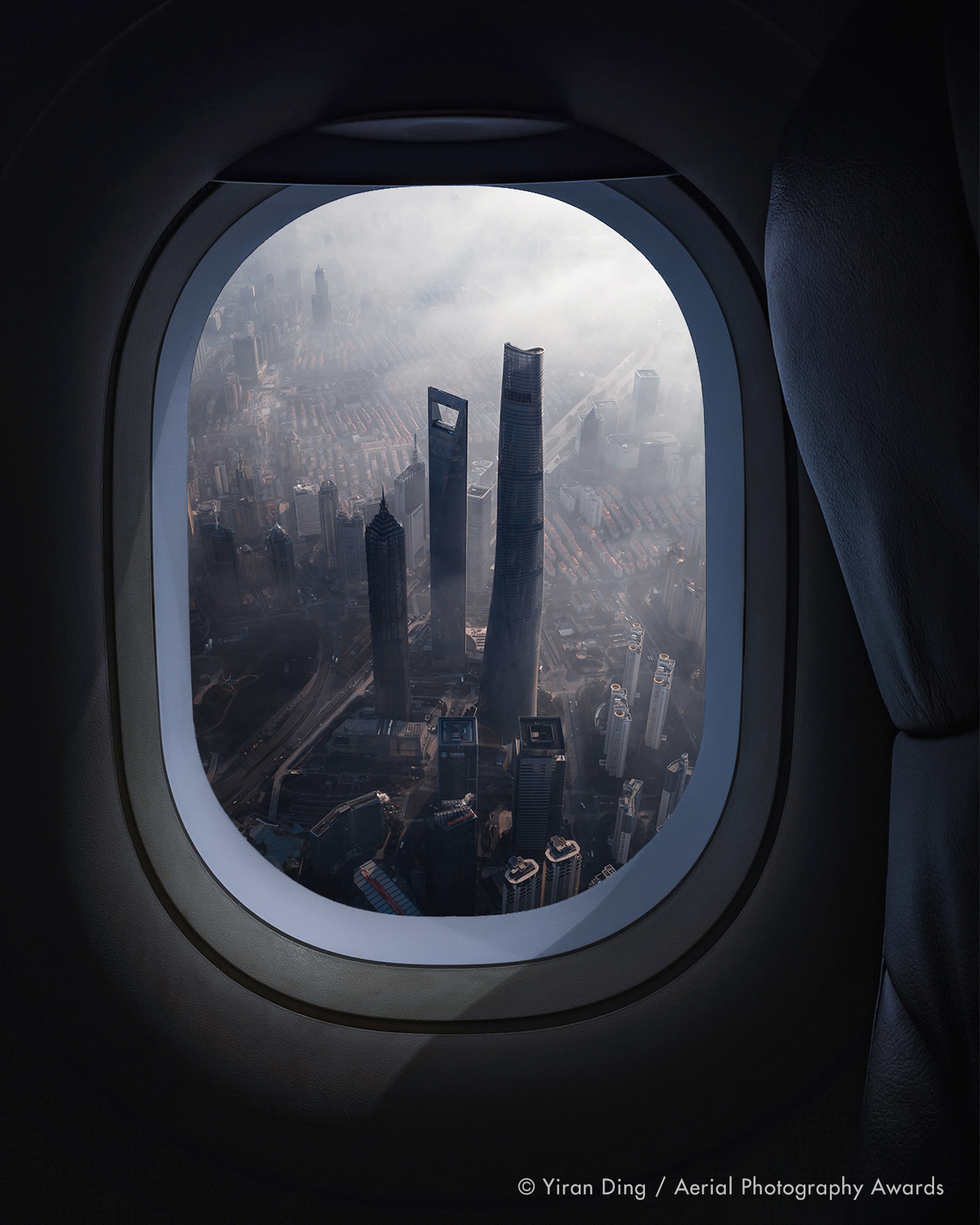 In this image, recorded from inside the plane, the Shanghai Tower is depicted. Shanghai Tower is a 556.7-meter-high skyscraper with office-commercial use located in the city of Shanghai. The construction project of this building started in 2008 and was completed in 2016. This building is currently the tallest building in China and the second tallest in the world.

Shanghai is the most important city in China and carries the name of New York of the East. So it is not far from the mind why the Chinese have built their most crucial skyscraper in this city. The builders of the Shanghai Tower have planned 126 floors for it. It is true that with this height, the first thing that attracts visitors’ attention is the height of the tower, But its special and spiral appearance cannot be ignored. This unique structure is intended so earthquakes, wind, and storms cannot damage the vast and unique design. 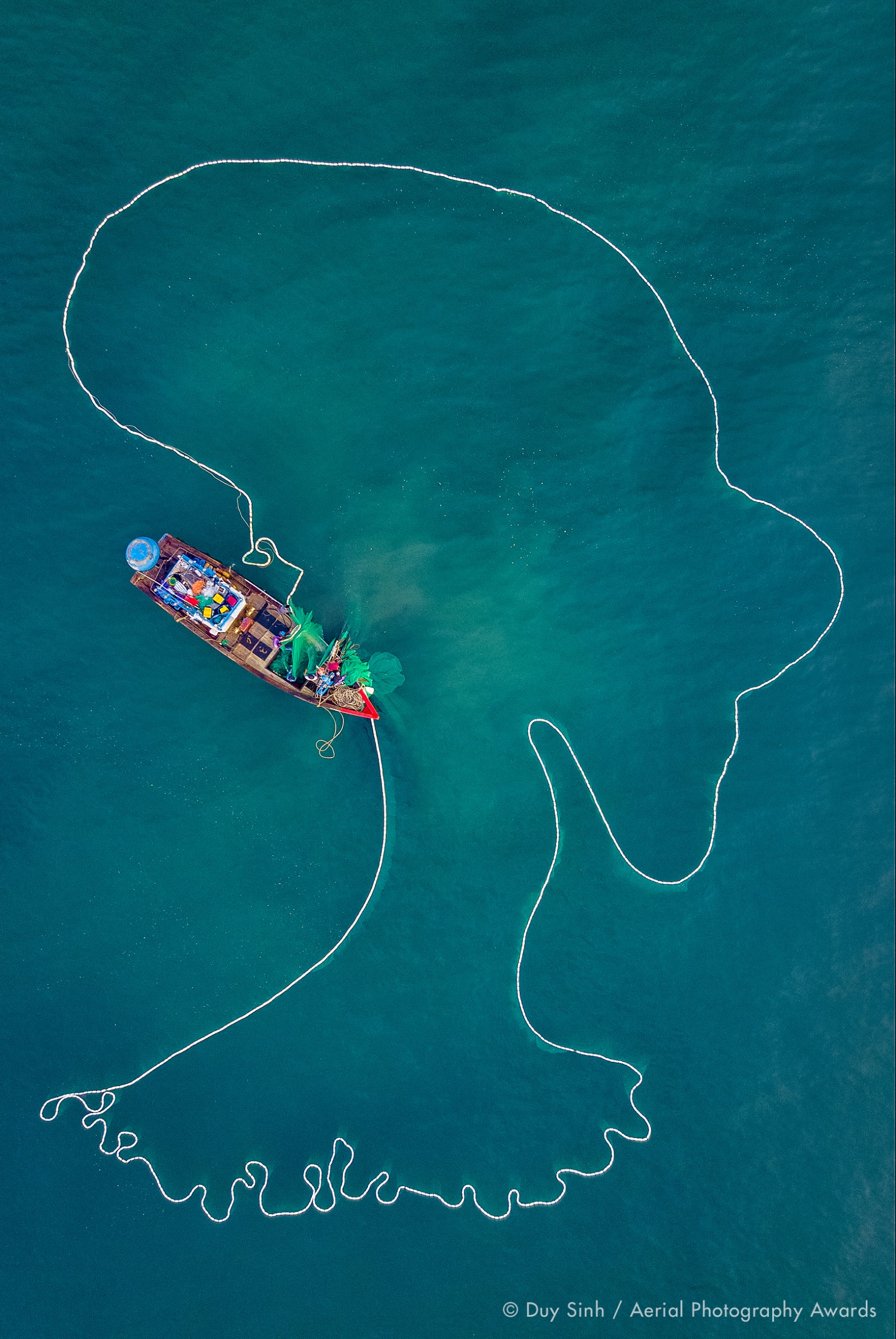 In this image, a fishing boat is casting a net, and by chance, the waves have shaken the edges of the net so that the idea of a woman in the heart of the sea is created, Something like the creation event.

In this picture, the ship is depicted with several containers as passengers. Some of these ships can carry 20,000 huge containers. 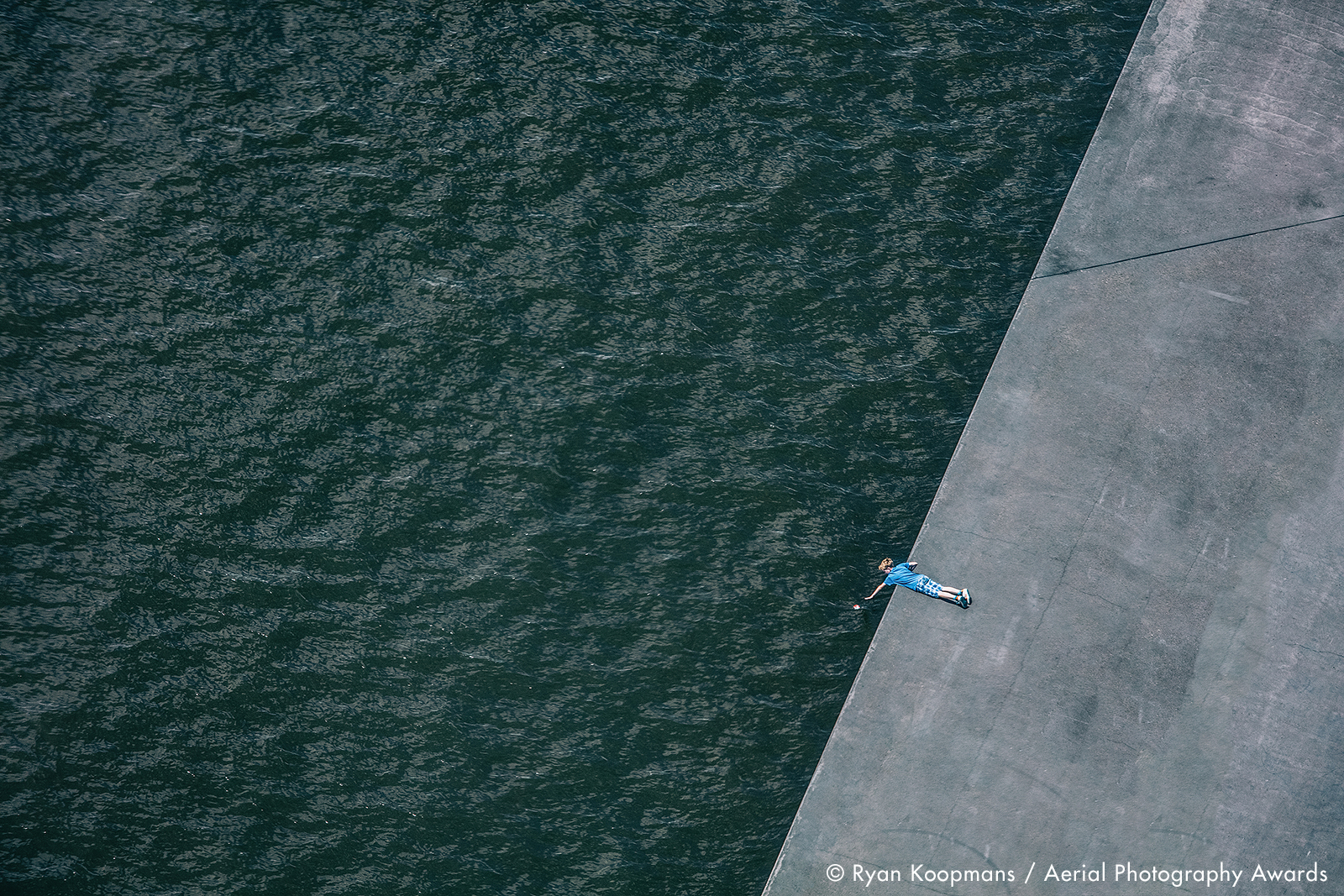 In this picture, the child looks for a plastic bag that fell into the Amstel river. 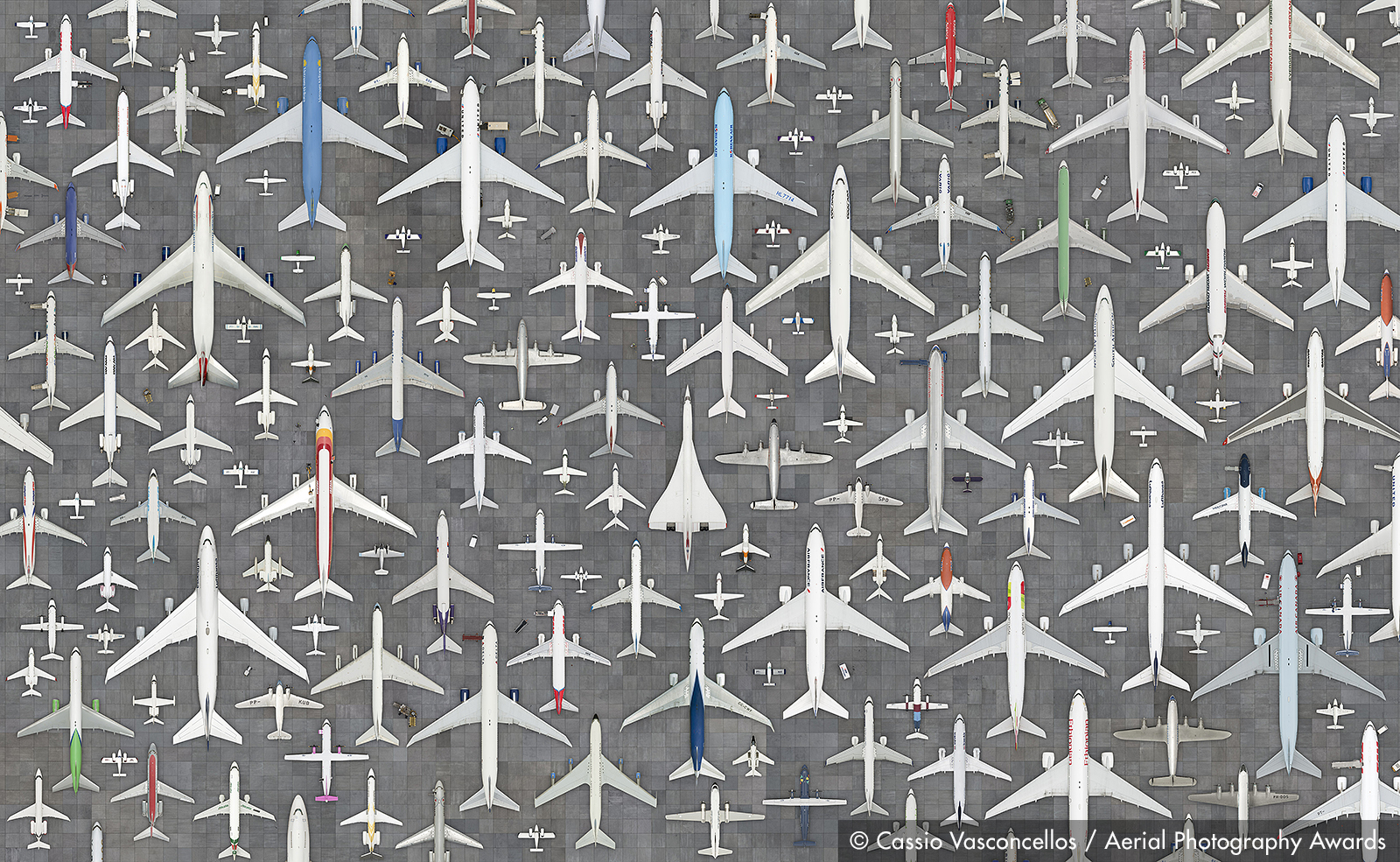 The photographer says in the explanation of this picture:

These images are made from different photos I took while flying in a helicopter. All the ideas presented in this frame were recorded after 2015, and I got this photo by merging those images.

The largest gathering of Eid al-Fitr in South Asia was held in Bangladesh. According to the organizers, more than six hundred thousand Muslims participated in the Eid gathering. This prayer started at half past eight in the morning with disciples from different parts of the region. Eid al-Fitr is a joyful celebration for Muslims that is celebrated all over the world. 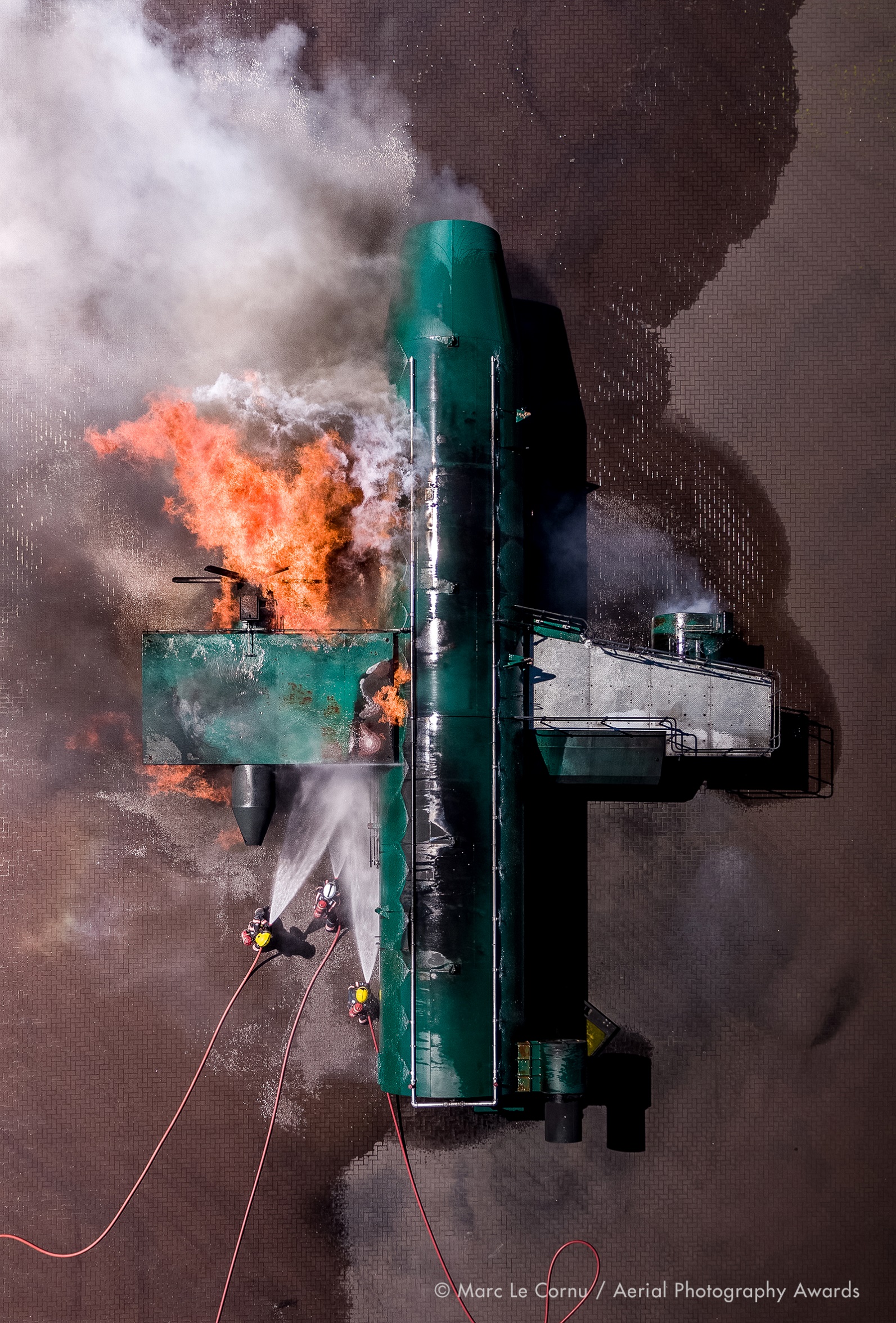 In this image, firefighters from the Jersey Airport Fire and Rescue Service work as a team to attack a simulated fire. These fire scenarios are designed to ensure crew proficiency and full preparedness in the event of multiple incidents. 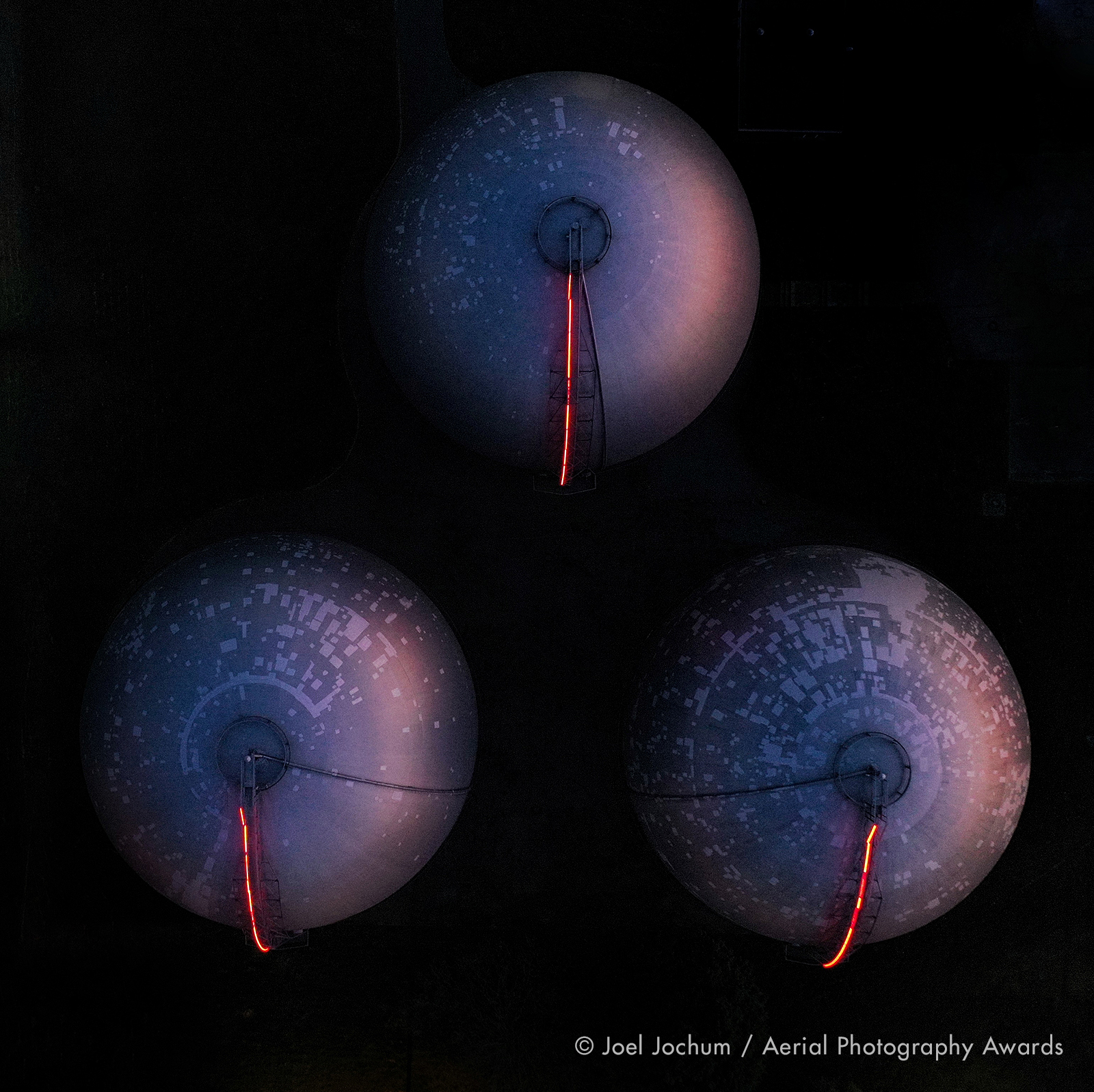 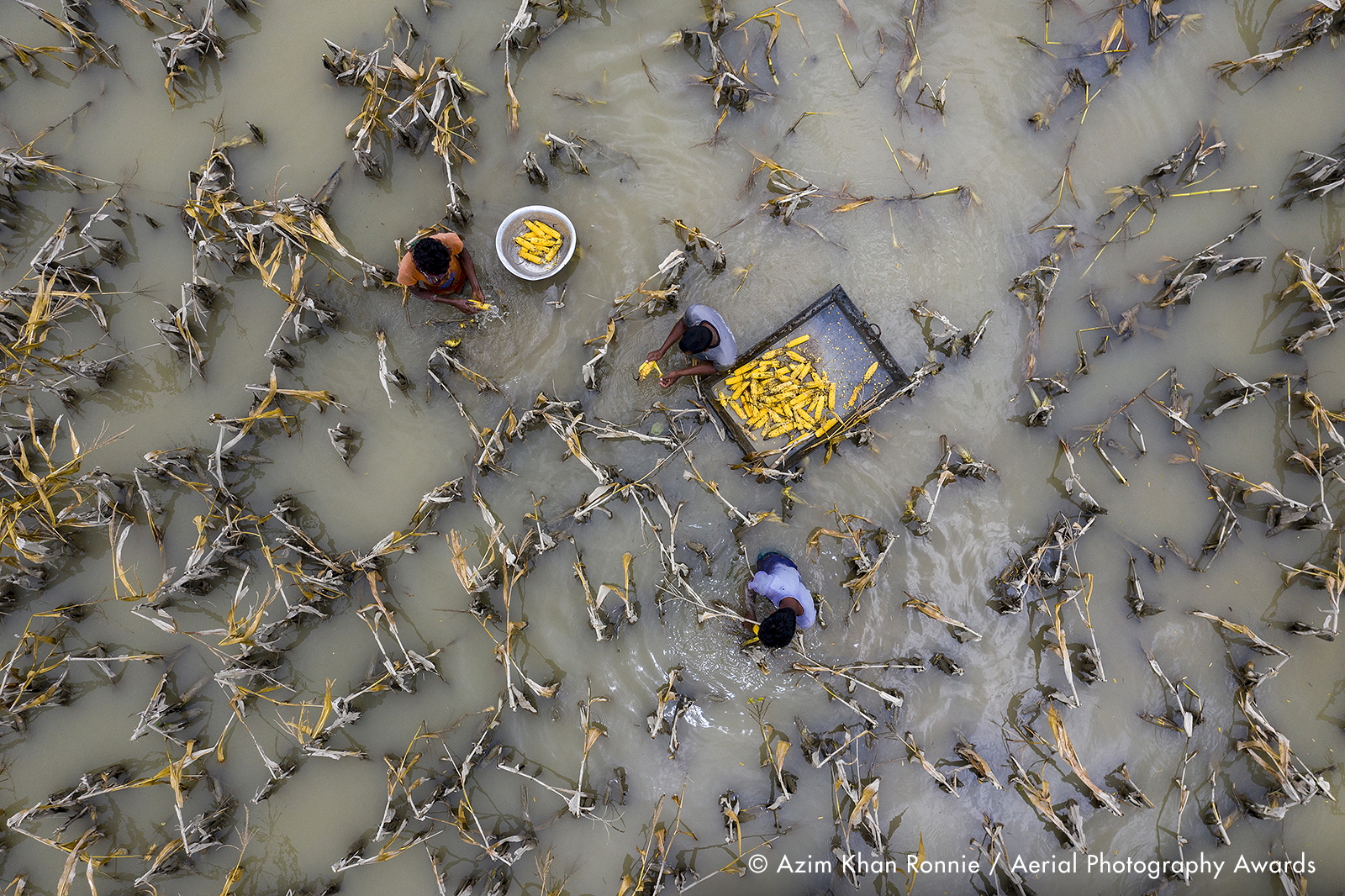 The geography of Bangladesh is intertwined with the word flood and natural disasters. Floods have been a constant phenomenon, but with intensity and weak damage yearly in the country, which causes significant losses and casualties annually. Floods caused by heavy monsoon rains throughout this country cause much damage annually. Due to the continuation of seasonal rains causing damage to urban and rural infrastructures, the last flood in this country made hundreds of thousands of people homeless and displaced 114 people. The coincidence of the flood with the widespread of the Coronavirus in this country has increased the severity of the sufferings of the people and the problems of the government of Bangladesh.

During the monsoon rains season and in a natural occurrence, the destructive phenomenon of floods occurs in Bangladesh. This country experiences massive floods every ten years. Floods cause a lot of damage and casualties. The exciting thing about the floods in recent months in Bangladesh is that not only are there no signs of improvement in weather conditions, but the flood situation is worsening for several reasons.

Bangladesh has 230 rivers. If small rivers and lakes are considered, this number reaches about 800. Currently, the water level of almost all the rivers in this country has risen, and the flooding of some of the main rivers is above the danger level. On the other hand, the islanders have suffered indescribable problems with their cattle and quadrupeds. The lack of food, drinking water, and sanitary supplies seriously endangered their lives. Families in remote areas have been forced to leave their homes, seriously threatening their lives and their livestock and poultry. As a result, the crowding of flood victims in high dams, asphalt roads, and various educational centers is increasing. On the other hand, multiple areas located on the banks of rivers have been affected by river erosion due to floods. As a result, many people’s houses, schools, and government buildings have sunk into the depths of the rivers.