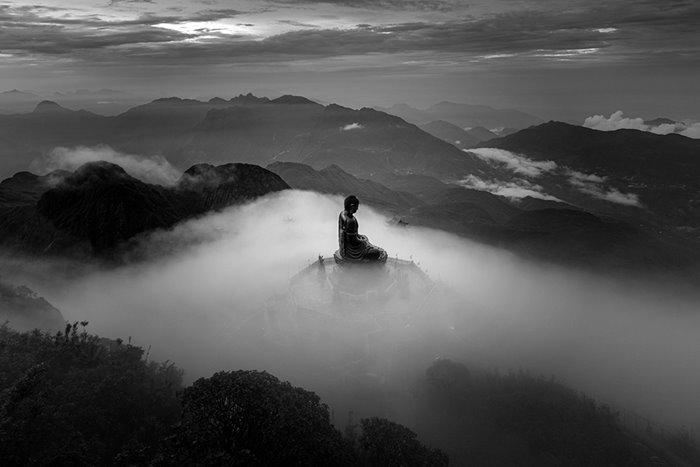 Get To Know The Best Works Of The Annual Black And White Photography Competition (Monochrome) In Different Categories.

According to a report published by DPReview, the winners, runners-up, and honorary winners of the 7th annual Monochrome photography contest have been announced. In this international black-and-white competition, 7096 photos from 91 countries have been submitted.

Kristof Muzzi was recognized as the primary winner in the professional category for “Opponents,” which is part of the story of the recent Black Lives Matter protests.

Svetlin Yusifov received the title “Monochrome Discovery of the Year” in the amateur category for the photo “Portrait Woman Mursi.” Image captured in the Omo Valley of Southern Ethiopia.

The Monochrome Contest is accepting new images for the next contest in 2021.

Monochrome Photographer of the Year (Professional) 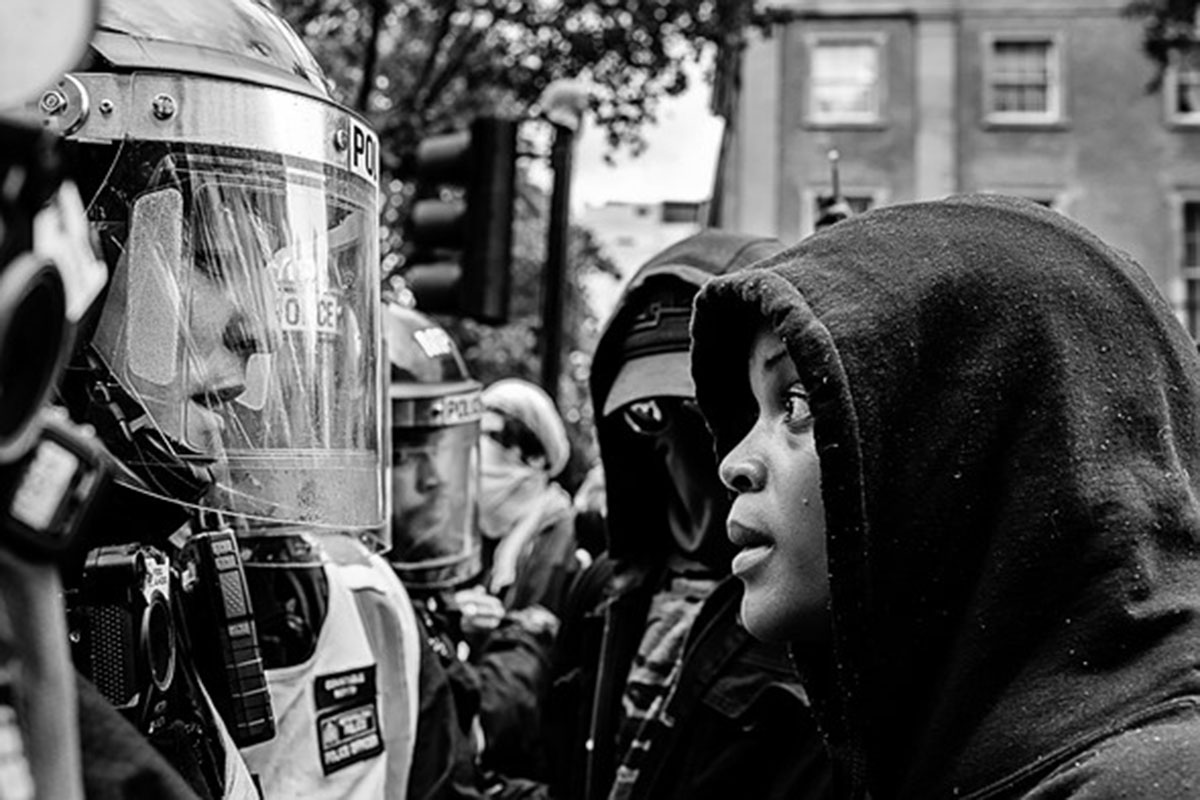 Artist Statement: Black Lives Matter is an international human rights movement that originates from the African American community and works against systemic violence and racism against black people. BLM regularly protests against police brutality and killings of black people and broader issues such as racial inequality in the US criminal justice system.

The movement again made national headlines in the 2020 global protests of George Floyd after his death by police in Minneapolis, Minnesota, and has since received more international attention. He died after being arrested for using fake money to buy cigarettes. A white police officer knelt on his neck for eight minutes and 46 seconds, leading to his death. Events related to the officers’ arrests, deaths, and actions led to international BLM protests, with protesters calling for police and legislative reforms to address racial disparities.

Protests started and continued in many cities in the United States of America, Australia, France, Holland, and England.

These photos were taken during the London protests on June 6, 2020. The fact that this protest happened during the Coronavirus outbreak makes this event more meaningful. I was at the center of society, experienced various human emotions, and observed unusual behaviors.

Right around 11 pm, after hours of standing amid angry people, the police took me in for questioning. The officer interviewed me and checked my birth certificate. Eventually, I could leave the interrogation but be advised not to return to the city center within the next 24 hours as this would result in my arrest. 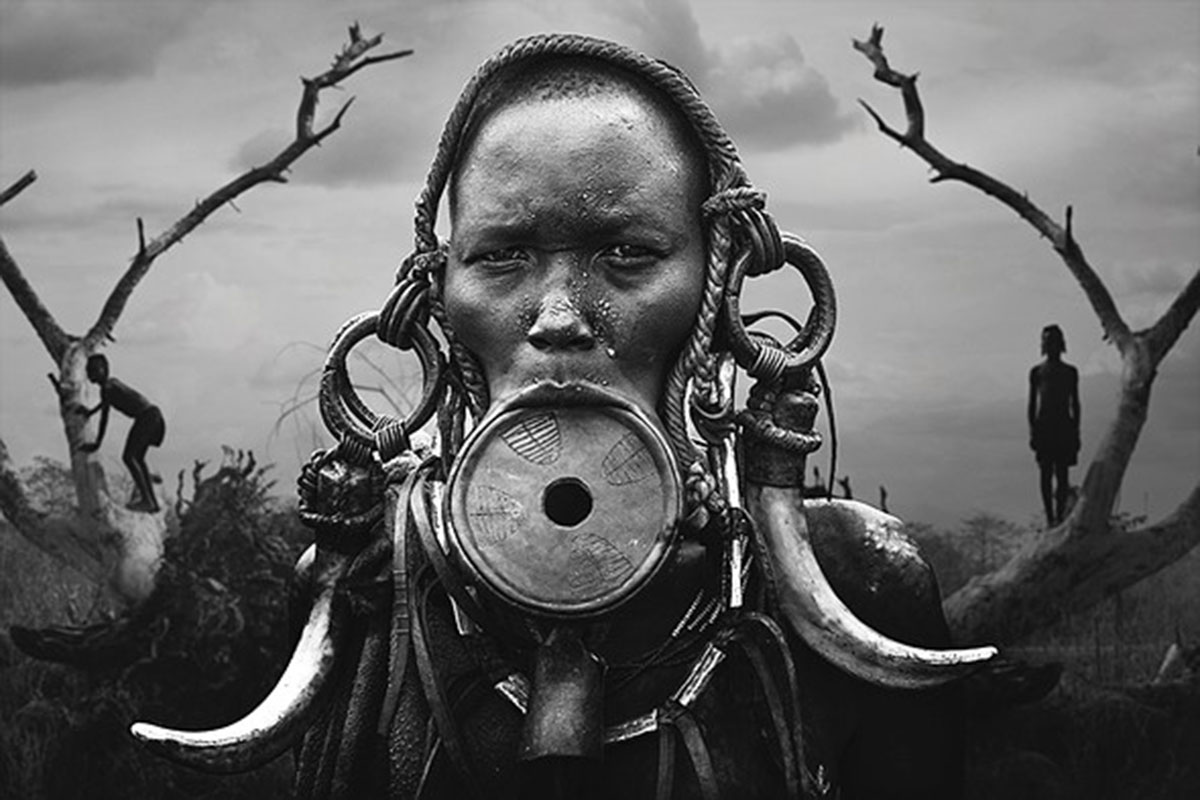 Artist Statement: The Morsi is an African tribe from the isolated Omo Valley in southern Ethiopia, near the Sudanese border. This photo is part of the SECOND ETHIOPIAN TRIBES EXPEDITION 2019 album. 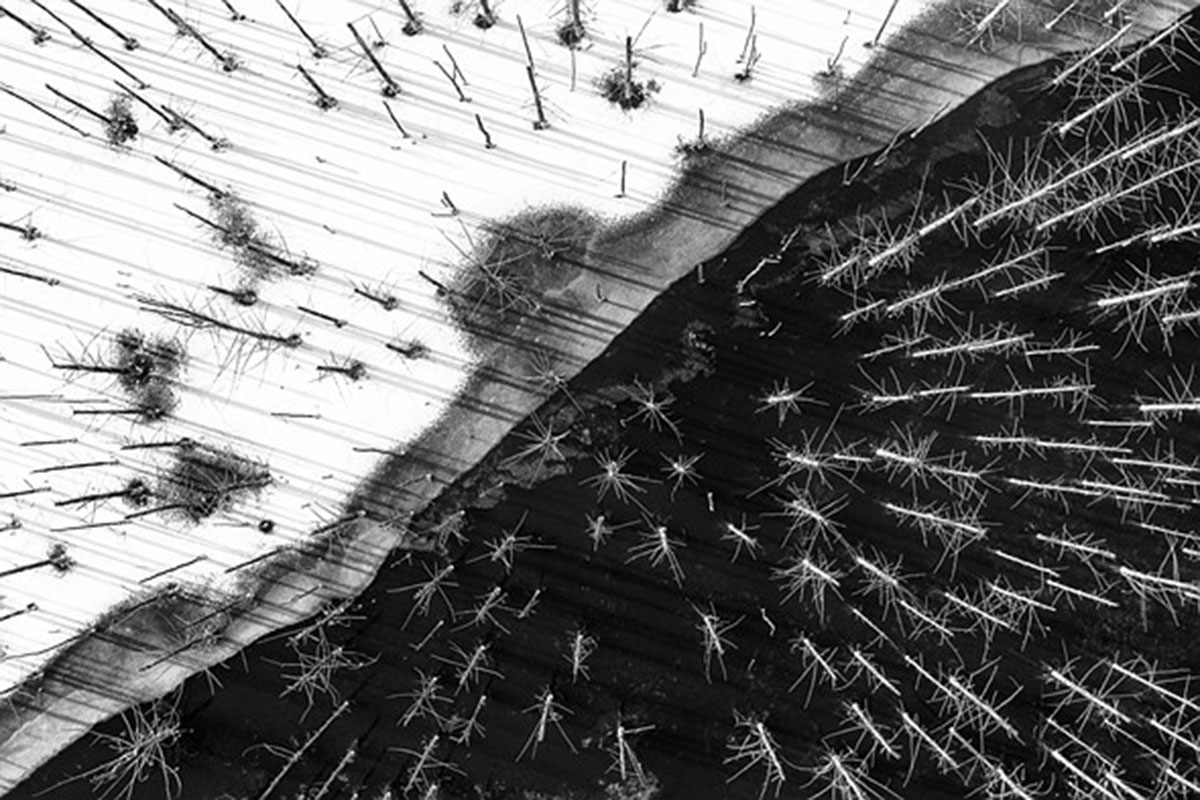 Artist’s Statement: This is an aerial view of Lake Kozhdel before it froze. Koziel is the largest natural dam in Romania; this can explain the reason for the presence of trees in the photo.

“Upside Down” by Po-Yi Lee (Taiwan) 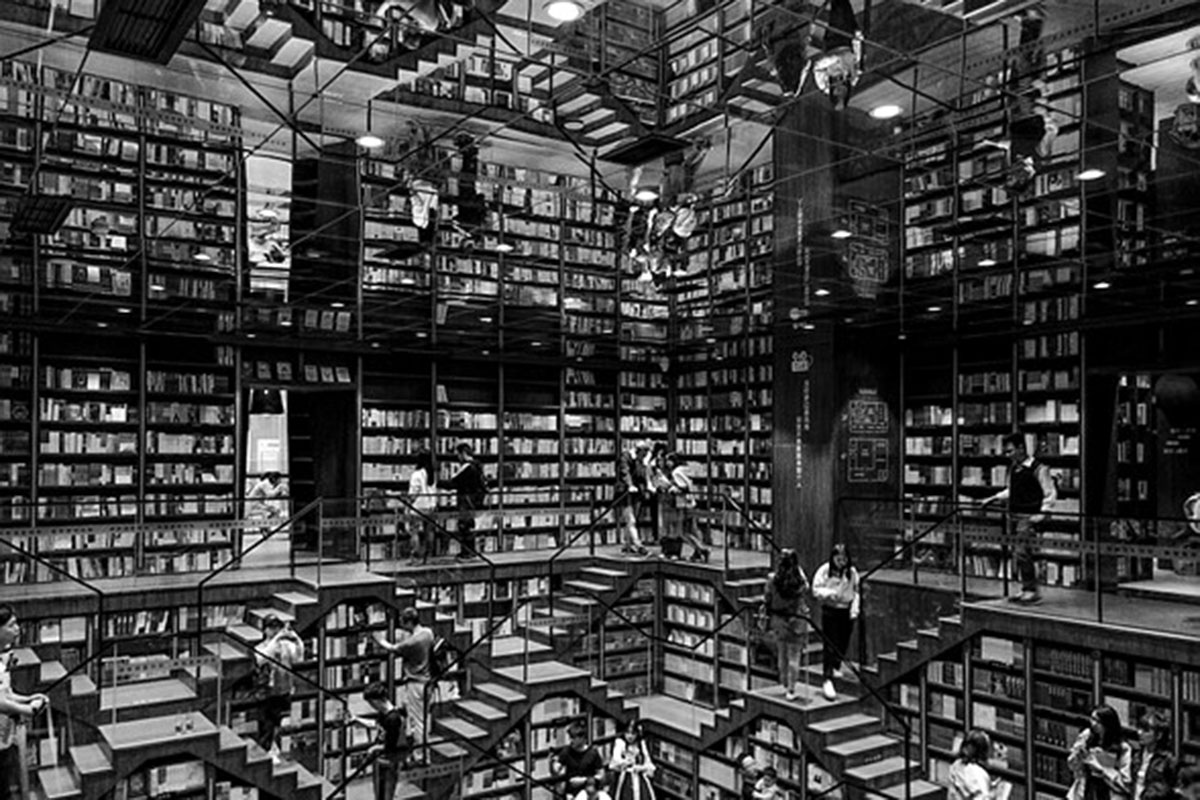 Artist’s Statement: Vacationing in Chongqing made it possible to capture this image of the famous bookstore Yizong Shuges.

After entering the bookstore, this booth is layered by the perspective of the interior space. The stairs covering each other have created a hill-like appearance. This room is full of a library, and a tall model is placed on the upper floor corridor with look-filled walls that continue upwards and eventually reach a glass ceiling. That’s why you feel like you are in an upside-down world. This place reminds me of a contemporary Dutch artist called MC Escher. 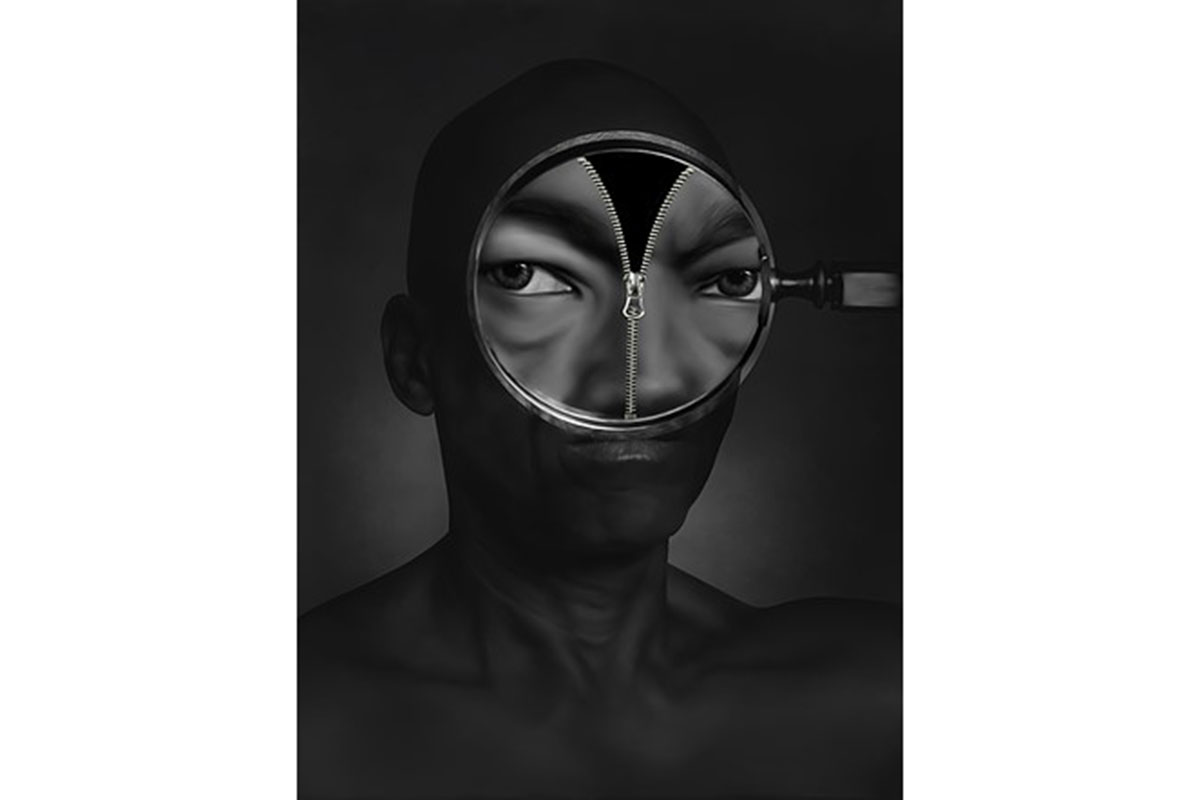 “In My Head” by Lídia Vives (Spain) 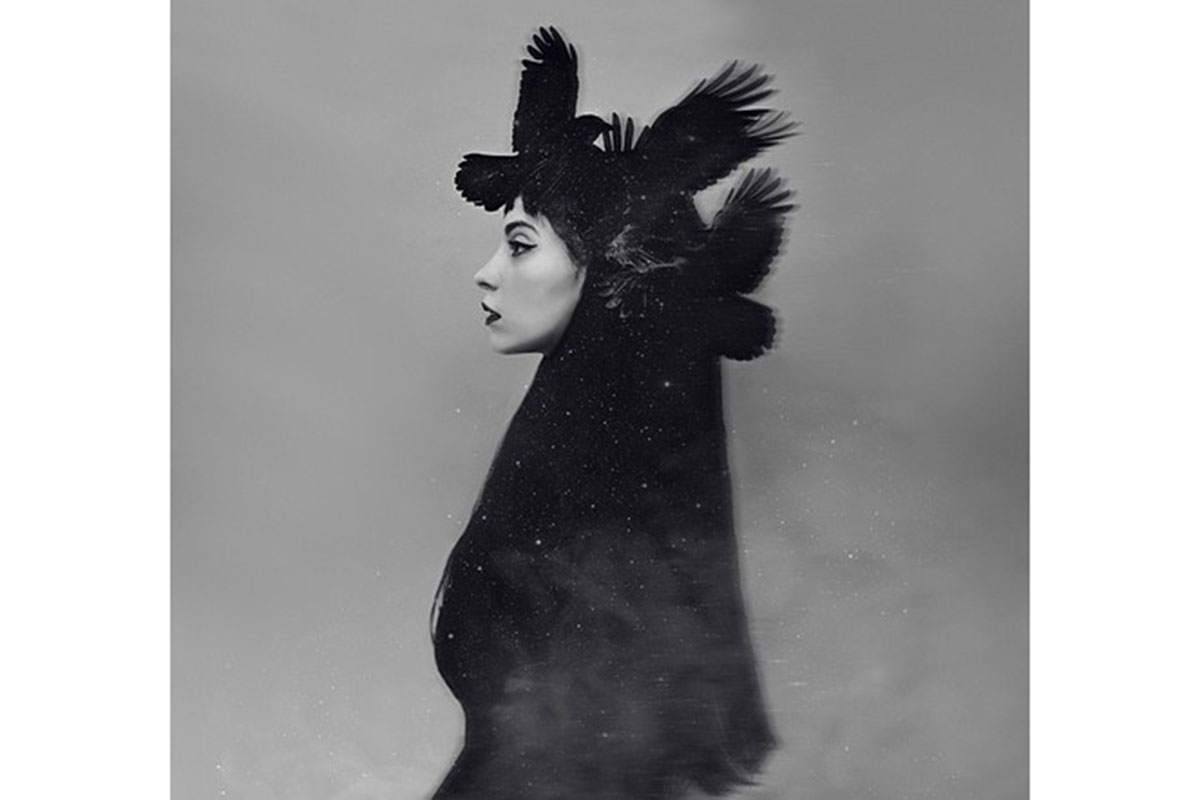 Artist Statement: Self Portrait. This image is inspired by the Spanish phrase tener muchos pájaros en la Cabeza, which means “have many birds in your head.” This phrase means to be very creative.

“The Horseman” by Rudy Ui (Indonesia) 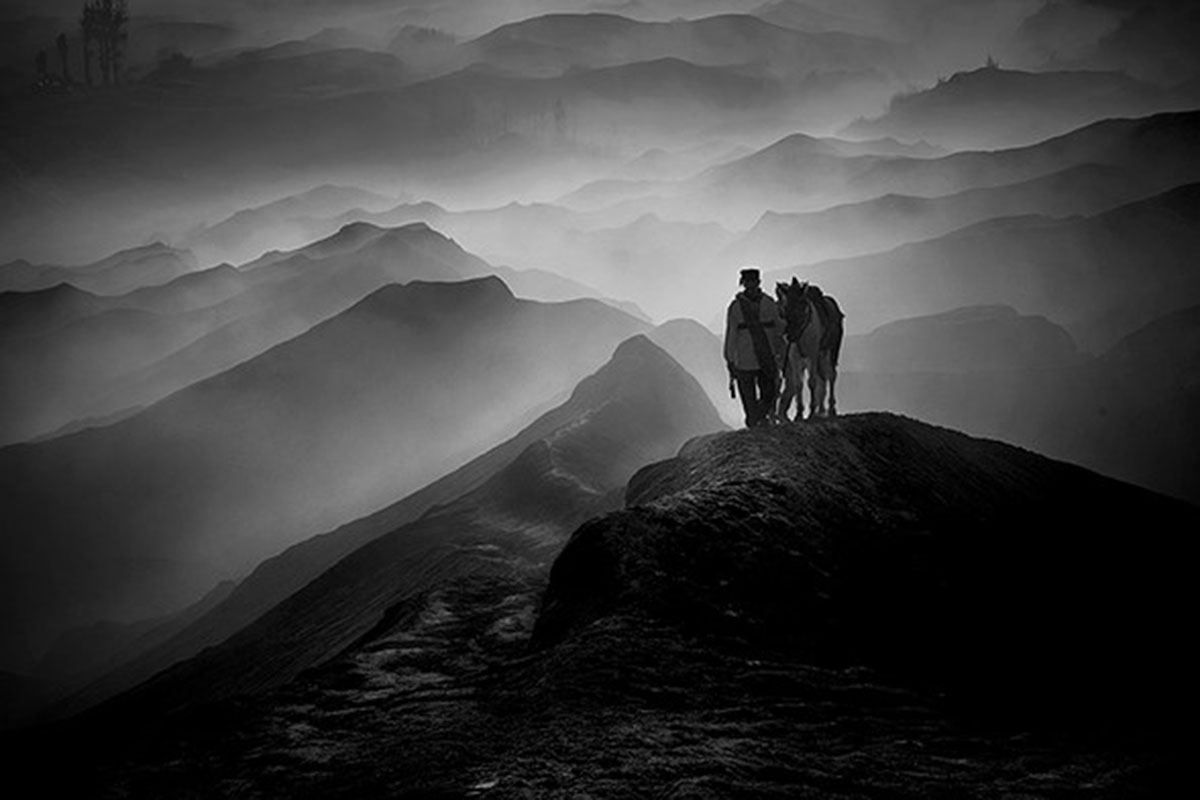 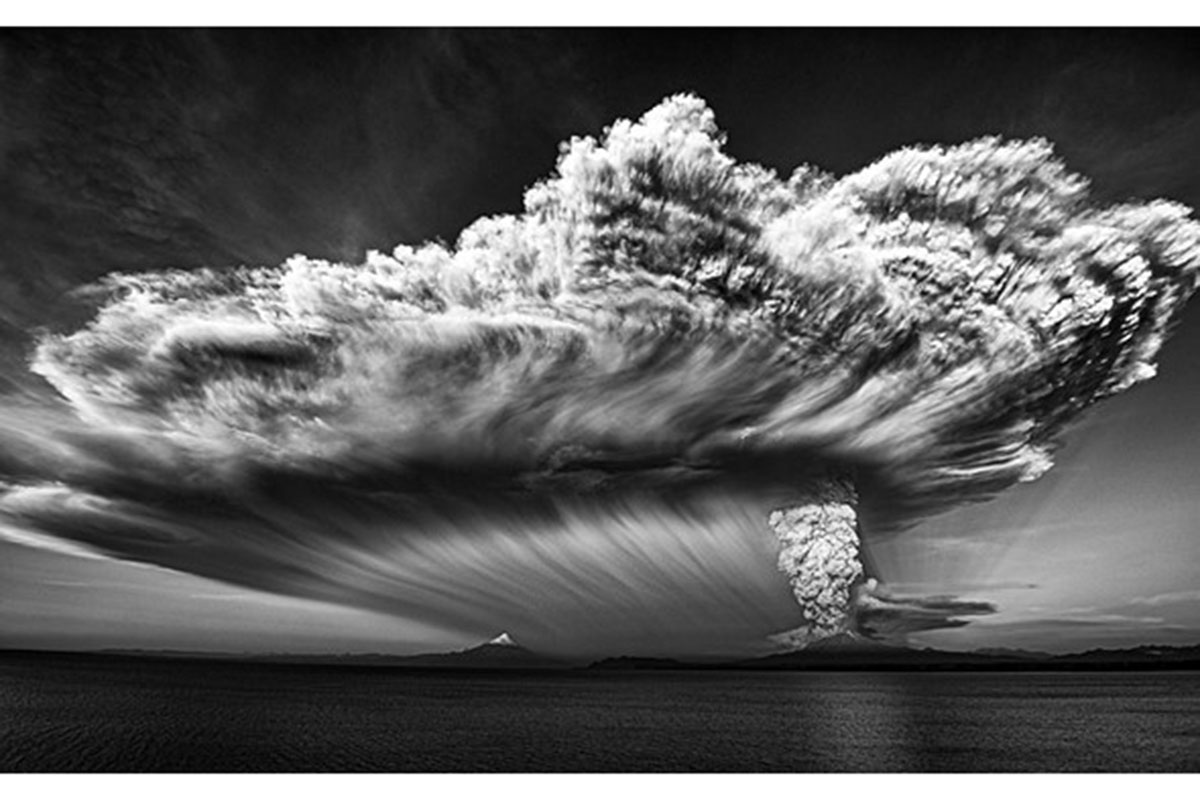 Artist’s statement: I had just been to southern Chile. A region with many lakes and volcanoes and incredible nature. The Calbuco volcano erupts, creating a terrifyingly beautiful scene, a massive toxic cloud rising into the sky. A shadow that made the neighboring Osorno Volcano look small in front of the great force of nature.

“Stare at the Reflected Reflection” by Jeff Klagenberg (USA) 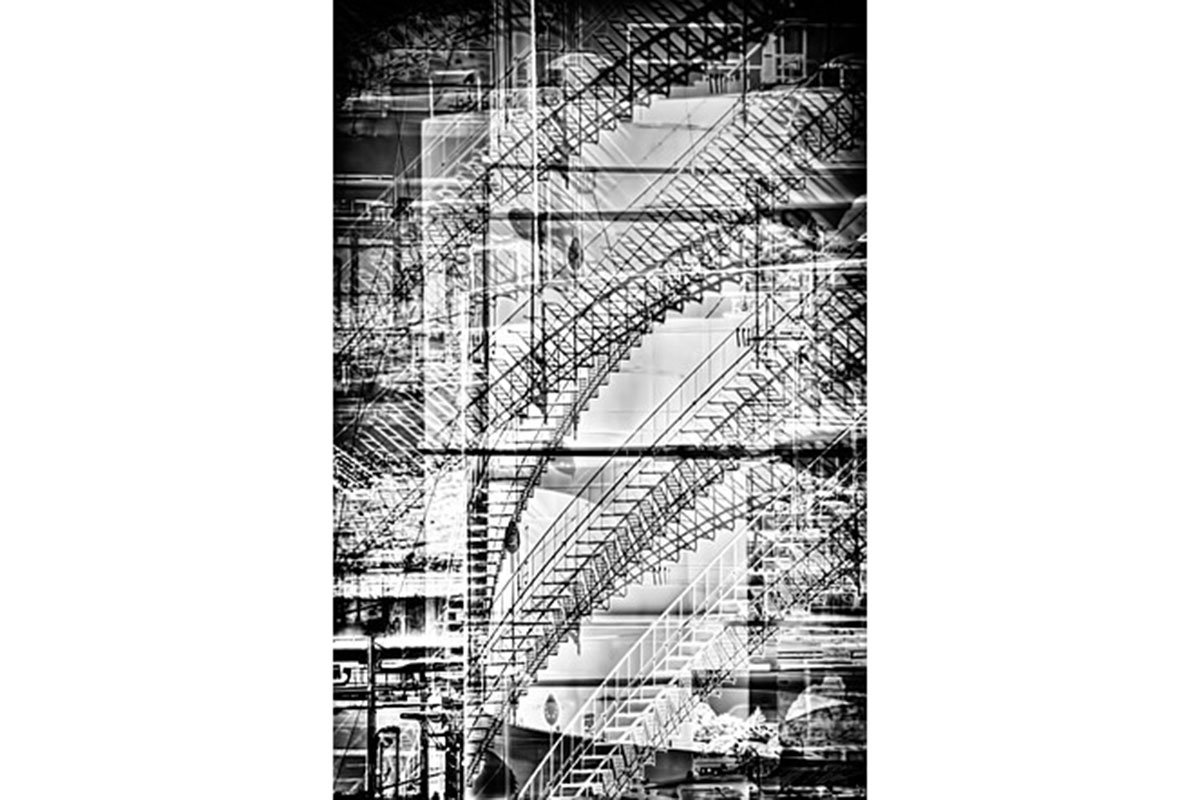 Artist Statement: I enjoy playing with the digital darkroom. One of the things I do is abuse software. In this case, I started with many photos of a tank with a staircase. I took these images and asked some software to align them as if they were one photo.

The repetition of curves and cacophony of lines was a great starting point. I don’t know how others perceive this picture, but this image tricks my brain, making me feel hopeful. 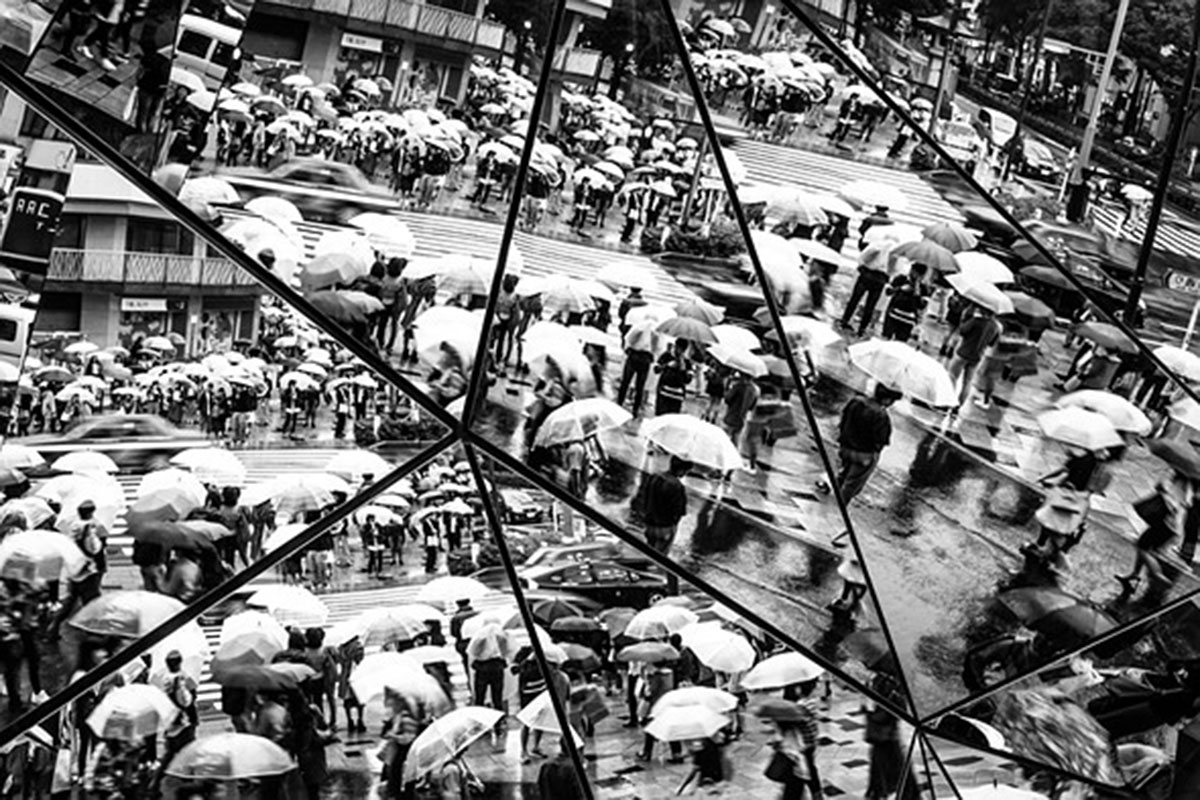 Artist’s Statement: This photo was taken in Tokyo Plaza in May 2018. My goal was to capture the endless bustle of a constantly moving city. This scene shows people’s determination to reach their destination while crossing a large pedestrian lane during heavy rain. I used a long manual exposure (1.13 seconds) to create enough blur to emphasize the speed without losing detail. This image is taken from the reflection of a multi-layered glass above the place.

“Oryxes on the Walk” by Thomas Vijayan 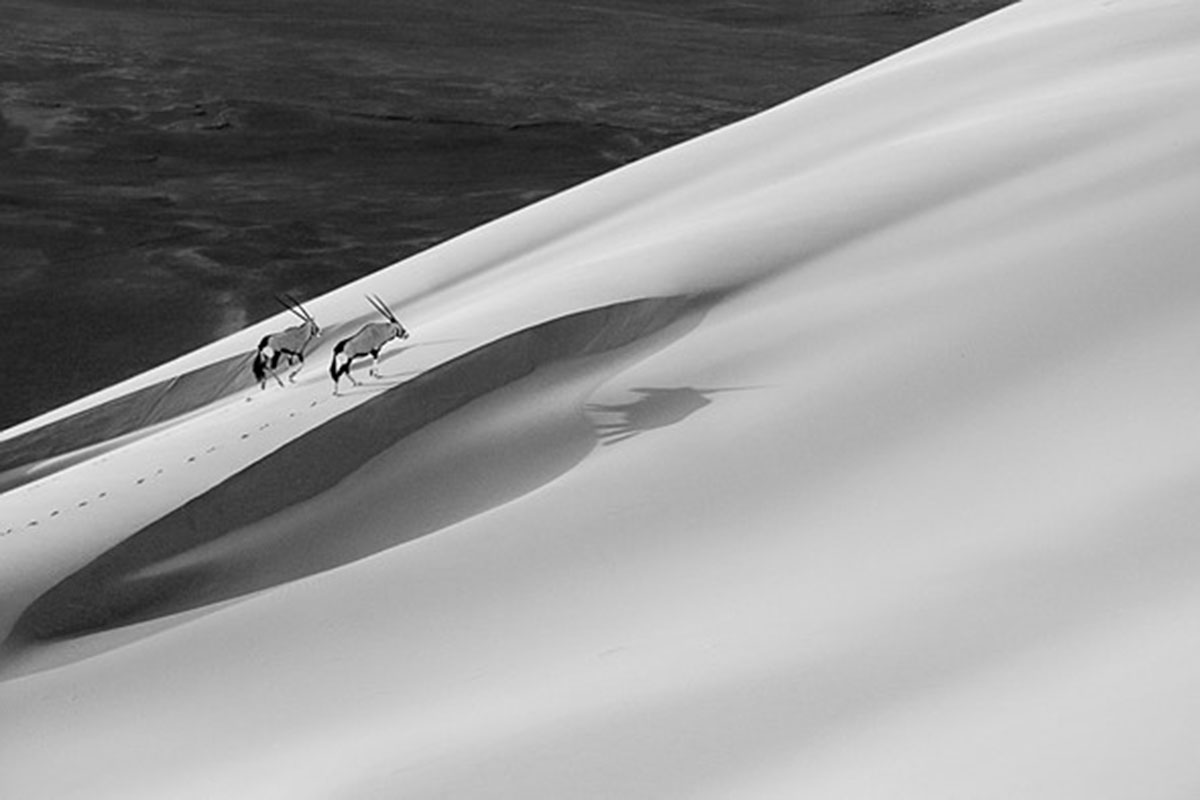 Artist’s statement: The oryx gazelle is a symbol of Namibia that appears on the country’s coat of arms. This creature is the national animal of Namibia. It’s always amazing to photograph animals in their natural habitat.

What do you, users, think about the published images of the winners of the annual Monochrome competition? Among the winners, which image caught your attention more than the others?