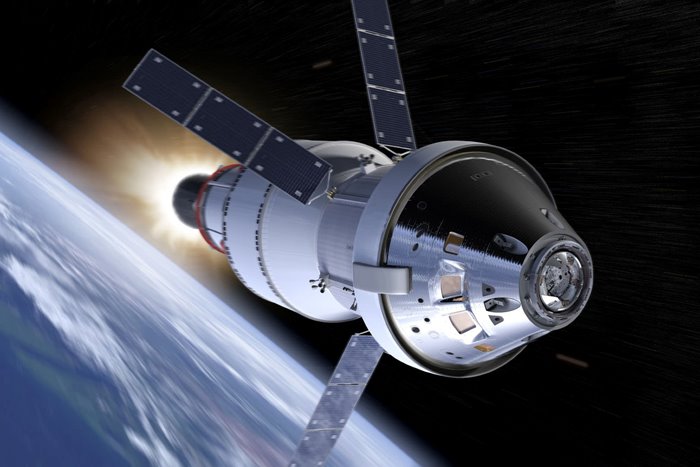 The New Selfie Image Of the Orion Spacecraft Was Recorded From A Distance Of Only 92 Thousand Kilometers, But From This Short Distance, The Earth Looks Very Small.

The Orion capsule, NASA’s new passenger spacecraft, sent back its first stunning image yesterday shortly after beginning its 25-day journey into deep space. This spacecraft, launched on November 25 at 10:17 Iran time on top of a giant Space Launch System (SLS) rocket, is supposed to perform an uncrewed test flight around the Moon as part of the Artemis 1 mission.

The new selfie image of the Orion spacecraft and the Earth’s semi-illuminated disk was obtained more than 9 hours after the Artemis 1 launch.

At that time, the capsule was 92,000 km away from home, having traveled almost a quarter of the distance between the Earth and the Moon, and was traveling at a speed of nearly 8,800 km/h.

“This view of Earth, captured from the spacecraft, was last seen in 1972 during the last Apollo mission nearly half a century ago,” NASA spokeswoman Sandra Jones said during the live broadcast.

“This image of our blue marble in the blackness of space now fascinates the new generation (Artemis generation).” 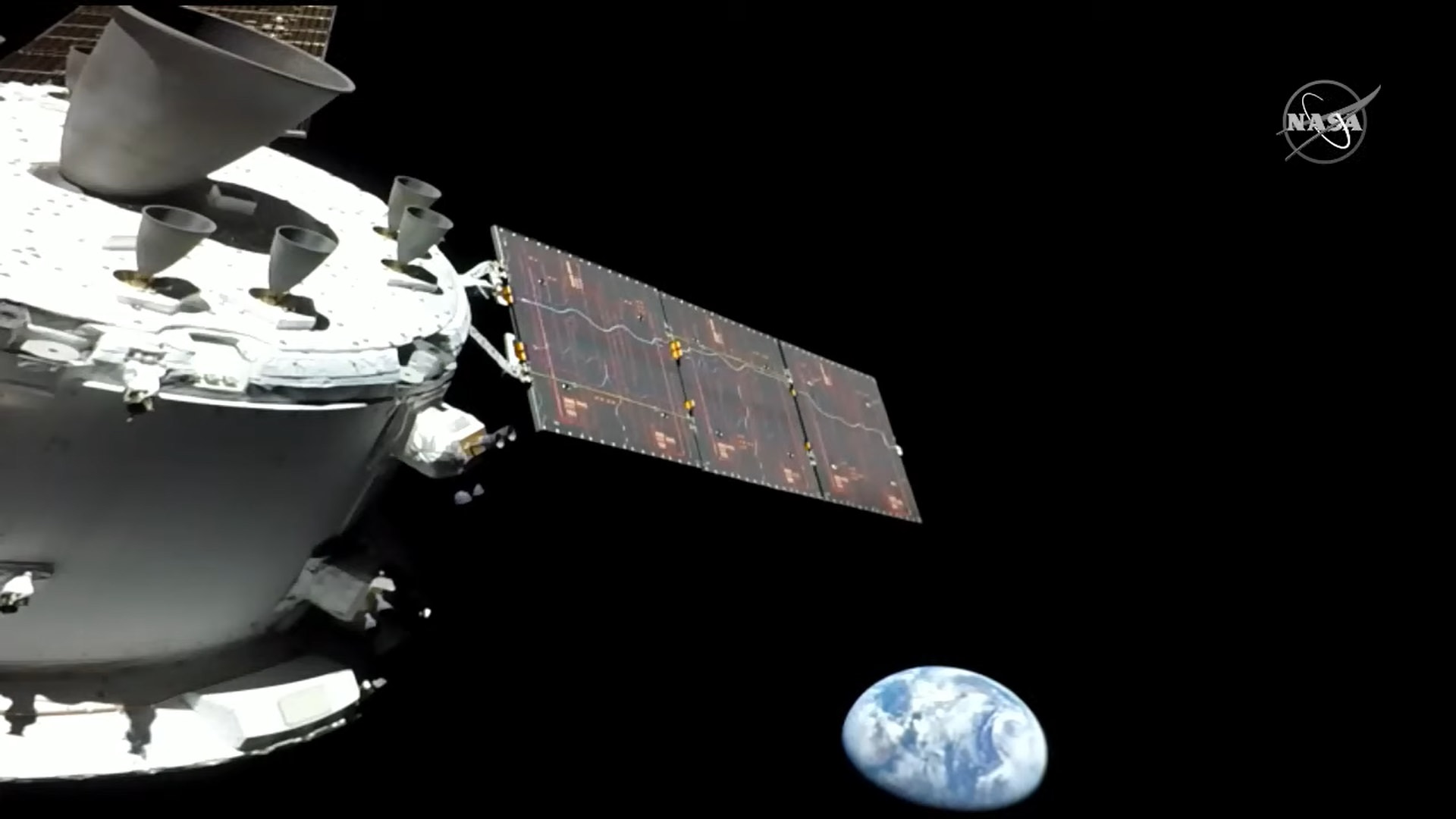 In addition to the selfie image, NASA has also published a view of the inside of the Urine capsule. This photo shows a mannequin sitting in a chair named Commander Monique Campos, testing the orange suit that the astronauts will wear on the next flight.

Inside the capsule is the Callisto Experiment hardware, a partnership with Amazon to test Alexa technology in space. Also, on the right side of the picture, you can see one of Orain’s windows. 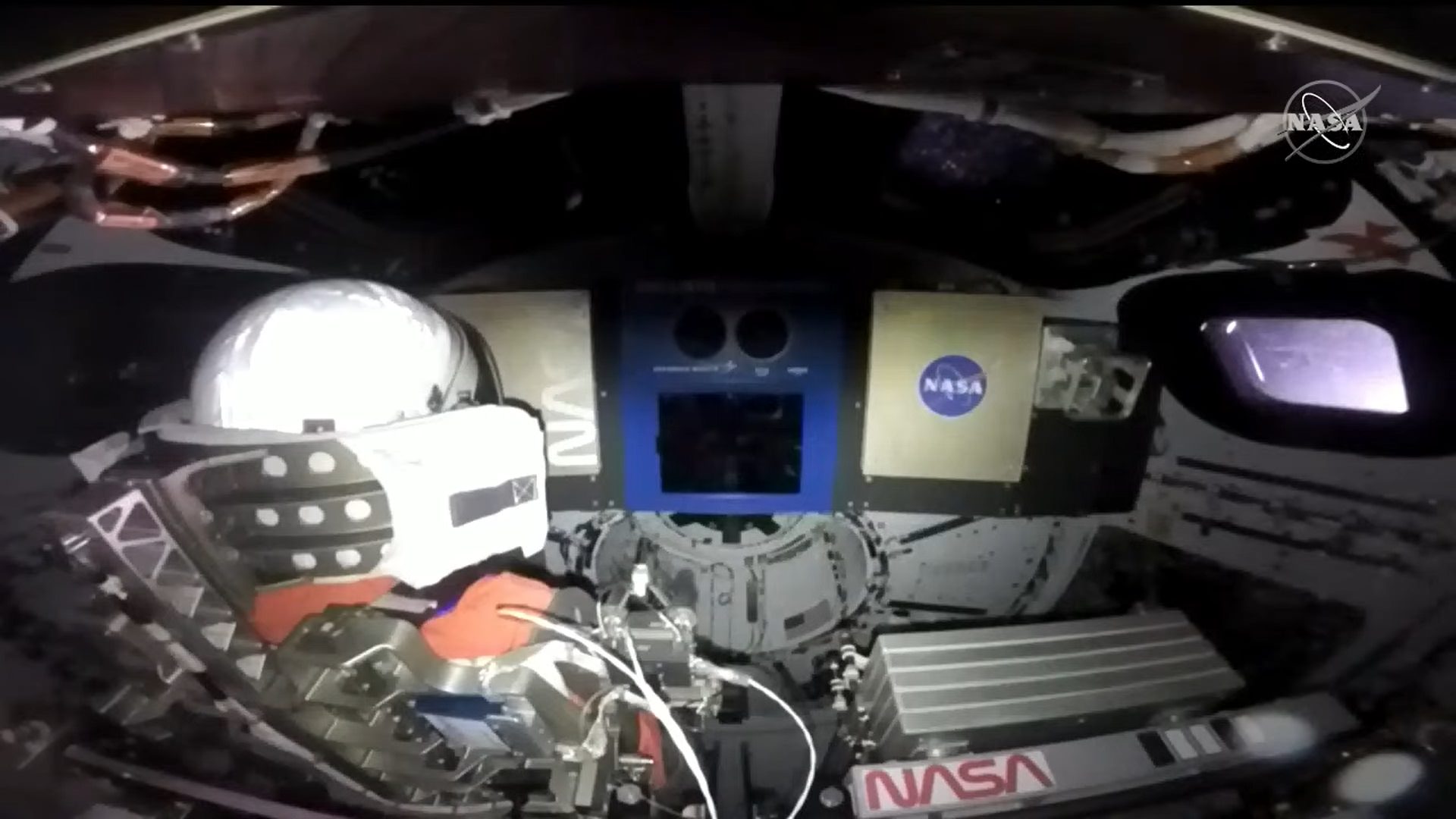 The selfie image shows the Urine capsule and some parts, including the large engine powering the spacecraft’s flight around the Moon and the solar panels on the left side of the image. The train carries four solar panels mounted on the spacecraft in a cross shape.

This image was recorded by a camera located on one of these screens.

“Each of Orion’s four solar wings is equipped with a commercial, non-custom camera that has been adapted for use in space and provides a view of the exterior of the spacecraft,” David Melanders, director of image integration for the Orion program at NASA’s Johnson Space Center in Houston, said in a statement. They show.

The Artemis 1 mission has successfully passed all critical milestones for launch day. The spacecraft will spend the next five days on its way to the Moon and reach its closest distance on Monday, November 30. Orion will then orbit the Moon for several days before returning to Earth. Finally, the 25-day mission will end on Sunday, December 20.