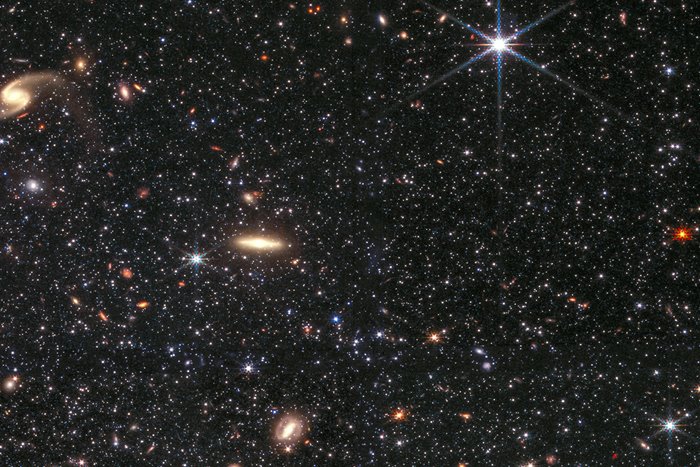 At A Distance Of 3 Million Light-Years From Earth, The Isolated Wolf-Lundmark-Melot (WLM) Dwarf Galaxy Has Remained Untouched Due To Its Lack Of Proximity And Interactions With Other Galaxies.

James Webb Space Telescope, The most powerful space telescope ever, looked at the lone dwarf galaxy in our galactic neighborhood and photographed it in remarkable detail. The Wolf-Lundmark-Melot (WLM) dwarf galaxy, named after the three astronomers who discovered it, is located 3 million light-years from Earth.

This galaxy is close enough for the James Webb Space Telescope ( JWST ) to distinguish its stars while simultaneously surveying a vast array of stars.

This dwarf galaxy, located in the constellation Cetus (the whale), is one of the most distant members of the local galaxy group, of which the Milky Way is also a member.

The isolated nature of the WLM and its lack of interactions with other galaxies, especially the Milky Way, make it a good choice for investigating stellar evolution in smaller galaxies. According to Christian McCain, an astronomer at Rutgers University in New Jersey and senior scientist on the research project:

We think the WLM has not interacted with other systems, so this galaxy is suitable for testing theories of galaxy formation and evolution. Many other nearby galaxies are entwined with the Milky Way, making them more challenging to study. 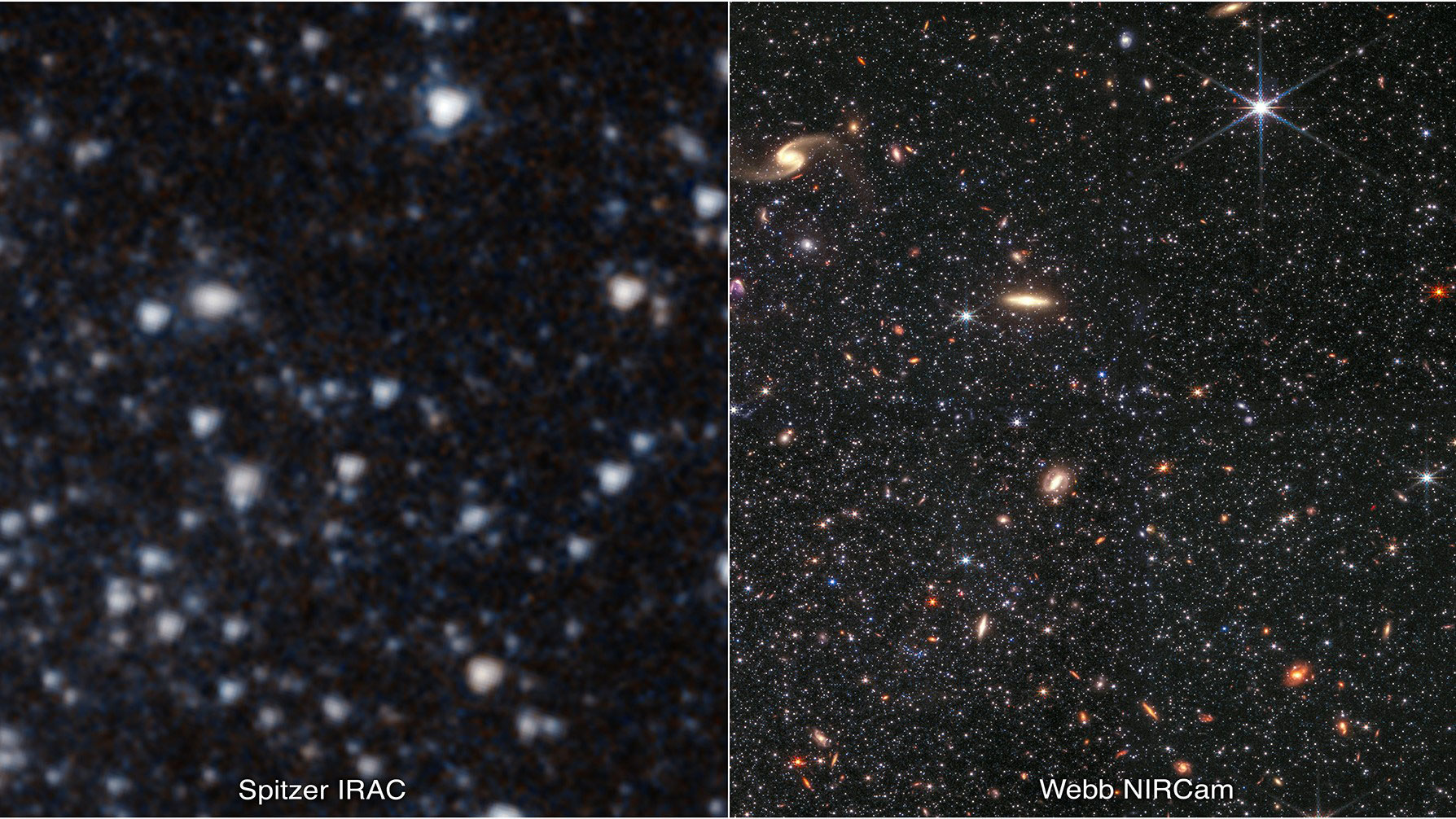 Two views of Wolf Lundmark Mellot’s dwarf galaxy: on the left as seen by NASA’s now-retired Spitz Space Telescope, and on the right by the bright James Webb Space Telescope image.

McQueen also points to a second reason for the WLM’s importance: the galaxy’s gas is very similar to that of other galaxies in the early universe, with no elements heavier than hydrogen and helium. Although the gas of early galaxies never contained heavier elements, the gas in the WLM has lost these heavy elements in a phenomenon called galactic winds. These winds originate from supernovae or exploding stars; Because the WLM is so low in mass, these winds can remove material from this dwarf galaxy.

The main goal of JWST in the WLM survey is to reconstruct the birth history of stars. In the new JWST image from the WLM, McQueen points to an array of individual stars in various stages of evolution with different colors, sizes, temperatures, and ages. The image also shows clouds of gas and molecular dust called nebulae, which contain the raw material for star formation in the WLM. In background galaxies, James Webb can observe fascinating features such as heavy tidal trails, which are structures of stars, dust, and gas formed by the gravitational interaction between galaxies. McQueen says:

Low-mass stars can live for billions of years, meaning that some of the stars we see today in the WLM formed in the early universe. By determining the properties of these low-mass stars (such as their age), we can gain insight into the universe’s distant past.

Complementary researchers’ efforts to investigate galaxies in the early universe are beginning, and the mission is made easier with James Webb. Telescope operators will also be able to test the calibration of the NIRCam instrument that captured such an impressive image. Since the Hubble Space Telescope and the retired Spitzer telescope have examined the aforementioned dwarf galaxy in the past, scientists can compare the pictures of these two telescopes with the images of James Webb. According to McQueen:

We consider the WLM a standard for comparison, which helps us confirm the JWST observations. We also want to ensure that we are measuring the brightness of the stars with high precision and that we understand the models of stellar evolution in the near-infrared spectrum.

McQueen’s group is currently developing a software tool that anyone can use to measure the brightness of all stars in NIRCam images. McQueen adds:

This tool is a platform for astronomers all over the world. Such an instrument is needed to survey a crowded population of stars.