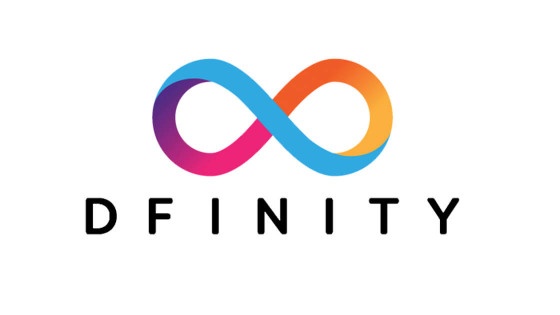 What is DFINITY? Team, Foundation, and Goals

DFINITY aims to replace the traditional IT stack and disintermediate large tech companies with its Internet Computer. A public blockchain network hosted by a collection of independent data centers around the world. The standard behind DFINITY’s Internet Computer — the Internet Computer Protocol (ICP) — allows software to run on the internet in a distributed manner. As opposed to using servers controlled by large companies. This makes it possible to develop applications that no one entity owns, controls, or censors. Thus creating the opportunity to rebuild popular internet services like social media applications in an open, decentralized fashion.

DFINITY claims that its Internet Computer is highly scalable and runs at web speed. With some functions taking only milliseconds. The network is governed by an open autonomous algorithmic software system called the Network Nervous System (NNS). And its native utility token is ICP (previously known as DFN). The Internet Computer was built by the DFINITY Foundation, a not-for-profit organization based in Zug, Switzerland.

The company’s CEO and chief scientist Dominic Williams first ideated. The Internet Computer Protocol (ICP) after conducting extensive research into blockchain from 2014 to 2015. During that time. Williams spent much of his time analyzing various consensus mechanisms, including Byzantine Fault Tolerance (BFT). He became convinced that many of these mechanisms possessed significant flaws. And developed the Internet Computer Protocol (ICP) with the goal of improving upon BFT and related technologies.

Use Cases for The Internet Computer (ICP)

The DFINITY Internet Computer is designed to accommodate decentralized finance (DeFi) platforms, enterprise IT systems. And websites among other use cases. In 2020, DFINITY unveiled an open professional profile network dubbed LinkedUp and CanCan. A video sharing social networking service, to demonstrate how popular social media applications have to rebuilt to  decentralized and ownerless. Though DFINITY does not plan to continue developing these applications, it open-sourced the projects’ code for developers who wish to build on them.

Projects currently building on DFINITY include Fleek, which allows websites to build on the Internet Computer, and Capsule Social, a censorship-resistant social media platform.

The DFINITY Internet Computer network made up of four building blocks organized in hierarchical order. At the base, there are the independent data centers that host network nodes. Unlike Bitcoin and Ethereum, Internet Computer nodes must meet a minimum standard of technical specifications, so not every computer or machine can run a node.

Nodes collectively host subnets — a particular structure of blockchain that can be integrated with other blockchains. Unlike other blockchains, Internet Computer subnets do not use a Proof of Work or Proof of Stake consensus mechanism to process transactions. Instead, subnets interact with each other through chain key technology, which allows the Internet Computer to finalize transactions that alter the state of smart contracts in one to two seconds. Chain key technology operates by splitting up the execution of smart contract functions into two types (query calls and update calls) — a “divide and conquer” approach that enhances the overall efficiency and speed of the ICP crypto network.

Subnets in turn host software canisters, which DFINITY describes as “smart contracts that scale.” Software canisters use “cycles” — a mechanism comparable to Ethereum’s gas — to power computations and memory management. Cycles created from ICP tokens and their value is near constant, ensuring that the cost of computation does not fluctuate. Cycles reflect operating costs such as hardware, energy, storage, and bandwidth burned when used.

The DFINITY Internet Computer governed by its Network Nervous System, which controls various aspects of the network including its structure, economics, and determines which data centers can host nodes. The NNS an autonomous master blockchain — meaning it runs without being overseen by a central group — and has a public key which validates all ICP transactions. It also creates new subnets based on demand.

ICP tokens have two uses: first, they locked inside the NNS to create ‘neurons’ which can then vote on governance proposals and earn voting rewards; second, they can convert into cycles to power computation done by canisters.

When you first lock your tokens in the NNS to create a neuron. Your voting power and rewards will be proportional to the quantity of tokens locked. A maximum award for voting is available each month, and the NNS tracks your neuron’s participation to determine your share of the reward. You can also set up your neuron to automatically vote on your behalf by following other neurons that you trust.

The Internet Computer: To DFINITY and Beyond

DFINITY’s unique infrastructure unlocks benefits of speed and efficiency. When compared to open, public networks like Ethereum and Bitcoin because it does not hold itself. To the same standards of decentralization in its nodal network and consensus mechanism. This makes DFINITY particularly useful for limited engagement networks and use cases befitting enterprises. Rather than general public use that requires more equitable access. While many blockchain networks are slight modifications of one another build to achieve incremental gains in utility. DFINITY has launched a wholly unique iteration of blockchain tech that is brimming with utility and potential.

DFINITY’s Internet Computer could provide solutions to critical problems facing the technology industry. Including security and scalability issues and the monopolization of internet services. DFINITY is one of many projects competing to solve these issues in the race. To provide the infrastructure for the next generation of the internet.