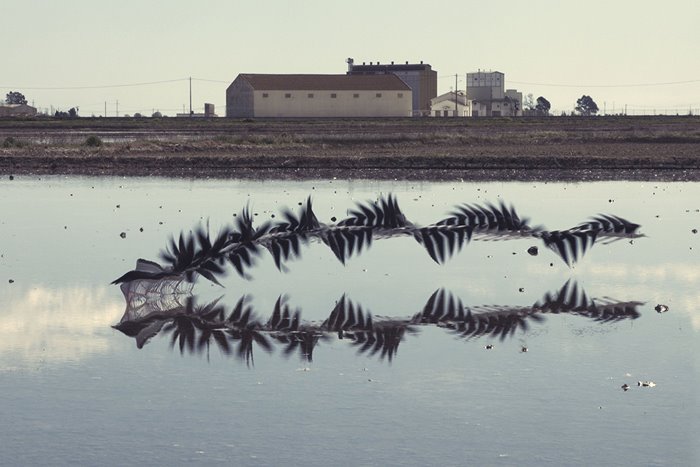 Xavi Bo, A Spanish Photographer, Has Depicted The Path Of Birds And Their Movement Pattern In A Photography Project Called Ornitographies.

Xavi Bou was born in 1979 in Barcelona. Xavi’s love for nature began as a child, thanks to his long and unforgettable walks with his grandfather in the wetlands of the Del Lobregat Delta. In 2003, he graduated in geology at the University of Barcelona and in the field of photography at the Grissart International School of Photography.

After 2003, he focused on fashion and advertising, working as a lighting technician for several photographers. He is more famous for his Ornitographies project, a new project with old roots that makes the beauty of birds’ flight paths visible.

His works have been published in magazines such as National Geographic and newspapers such as The Guardian.

Since childhood, Xavi Bo’s interest in birds has grown, finally leading to the Ornitographies project.

This collection of photos results from the photographer’s desire to record neglected moments and is the result of his interest in questioning the limits of human perception. 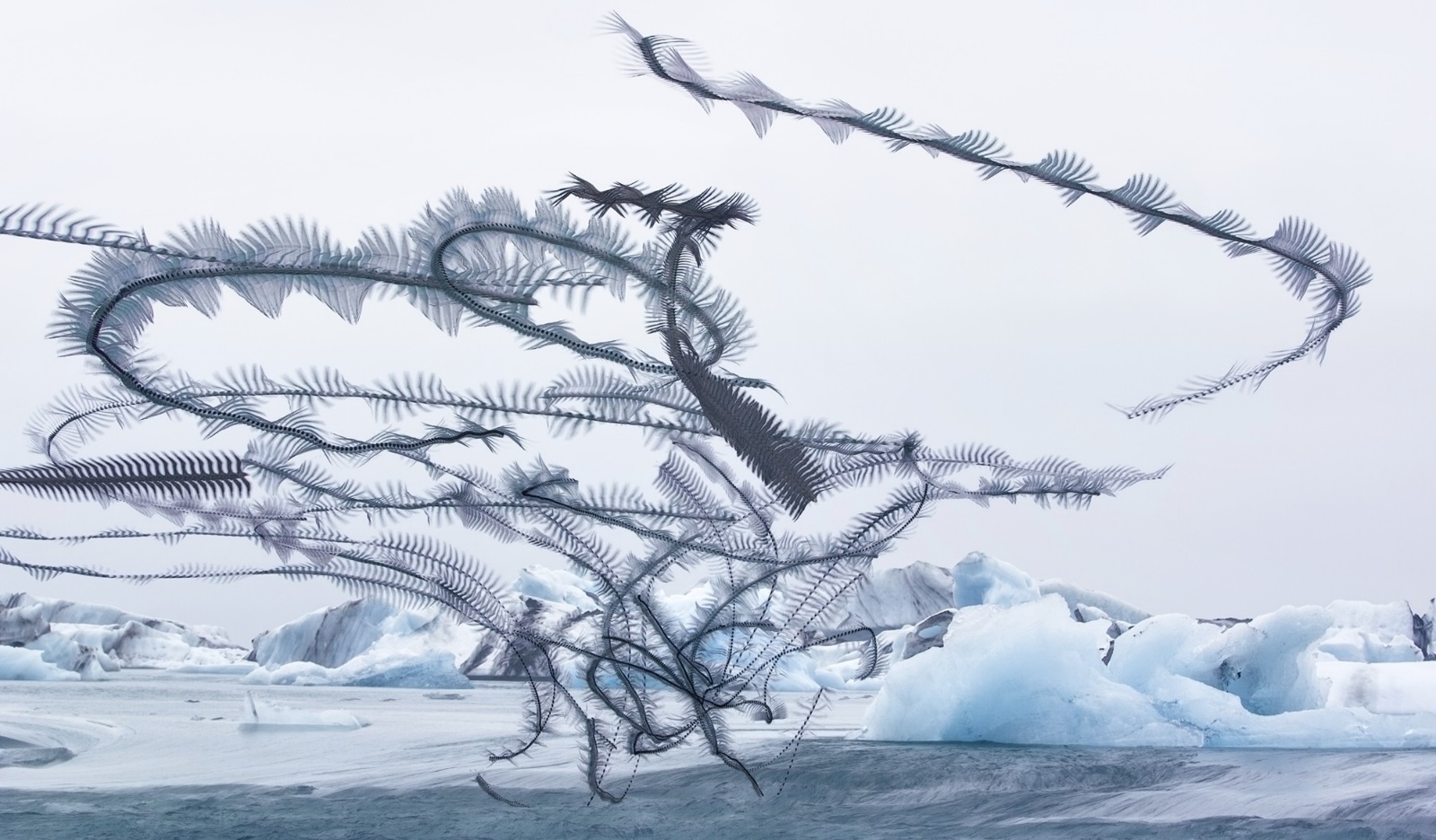 The purpose of creating this project was to show the hidden beauty of nature.

He focused on the flight of birds and was able to draw the lines of moving birds to make them appear invisible. Depending on the type of flight, the result can be regular patterns, like flamingos in a V-shape, or chaotic lines, like swifts searching for insects in the air. 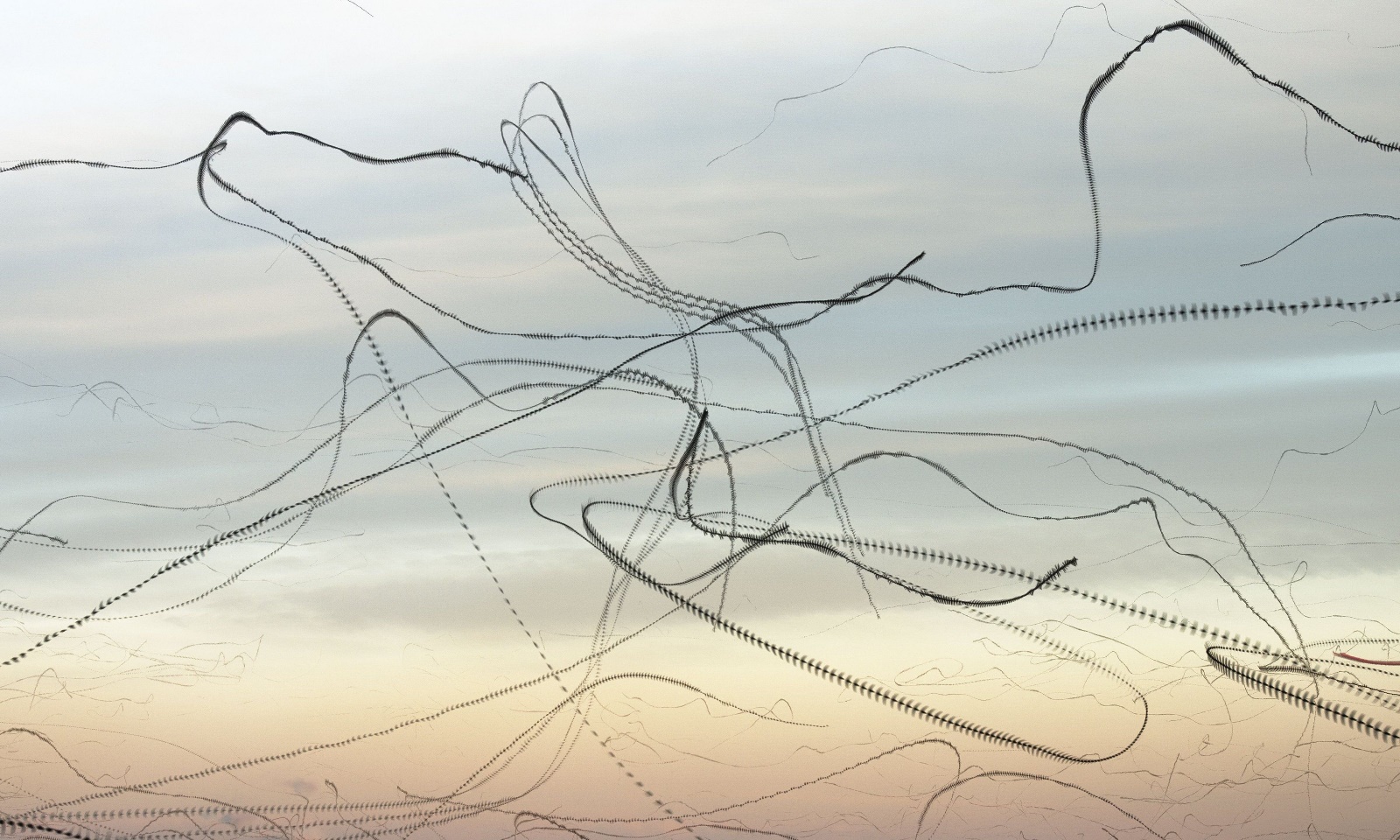 Unlike other analyzes of movement that have come before it, Ornitographies departs from the scientific approach to photography used by photographers such as Eadweard Muybridge and Etienne-Jules Marey. The method used by Xavi Bo to depict the images of birds is not aggressive. Additionally, this type of depiction rules out remote reading; as a result, in the pictures, an organic form is used, stimulating the imagination. 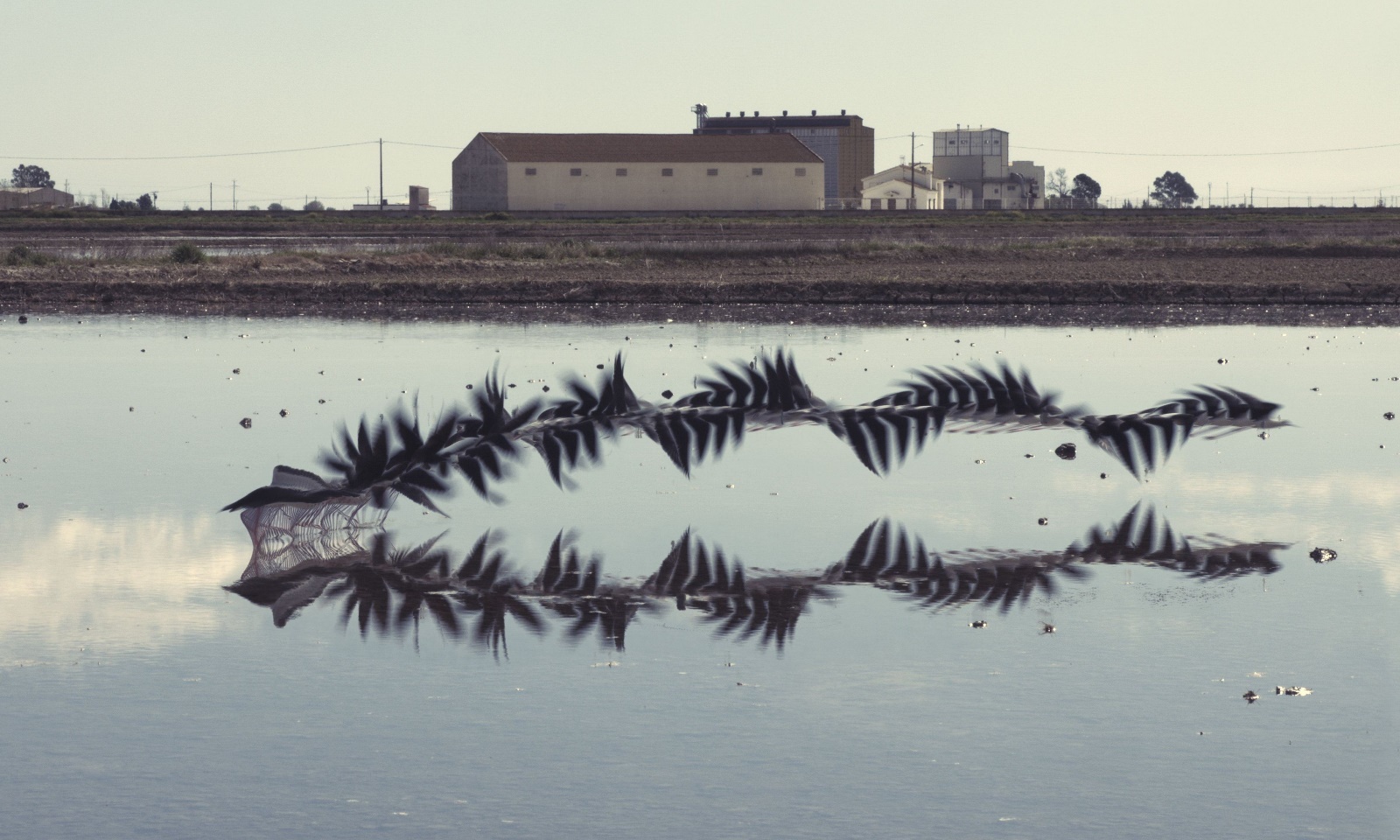 A combination of technology, science, and creativity results in the creation of memorable images that both show the beauty and movements of birds while also providing clues for those who wish to identify or recognize birds. In the Ornitographies project, the long-standing passion birds share for flight is presented to us and expands our visual understanding.

In this project, it seems that art and science join hands to create images that are no longer just a portrait of reality; Perhaps in these pictures, we see moments that contain the past, present, and future.

The bird algorithm, also known as the particle assembly, is a fantastic movement by birds that scientists have studied for many years. The main reason for flying like this has not been discovered yet; However, considering that each bird has only two eyes to find food and to be aware of the danger, we can guess the reason for joining a group of birds. In this group association, birds can help each other to find food or warn of danger. In the migration route, group movement is also beneficial for birds; Because, in this way, they can transfer their information about orientation and determine the path to each other.

For example, starlings disperse during the day and look for food separately. In this way, those who have reached the propane food source will take the flock of starlings there with them the next day. In these collective flights, each bird must follow three rules; He must be careful not to collide with his wing, keep in mind the general direction of the flock of birds, and finally, fly in line with the position of his wings.

Studies have shown that each bird can monitor the movements of seven other birds around it during group movement. Now, if you consider such a situation for each bird among a flock of birds, you can imagine what a complex network of surveillance will be among the birds of a community. 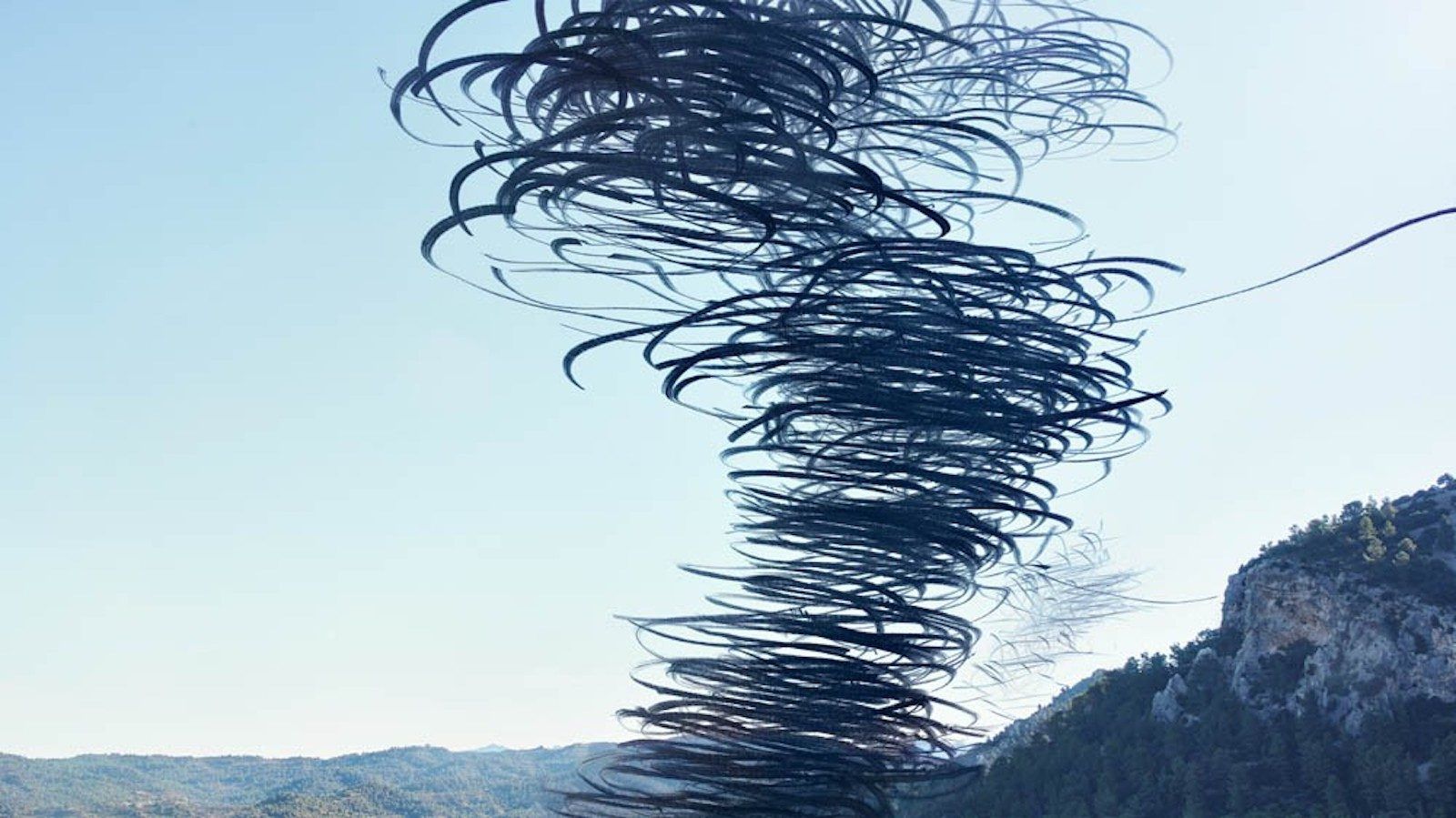 Xavi Bo uses the chronology technique to show several seconds in one image. This technique involves taking many photos in a row and then combining them into a single shot. It is a method developed in the late 19th century and is known by its prominent representatives, Edward Muybridge, Etienne -Jules Marie, and Osman Anschutz. 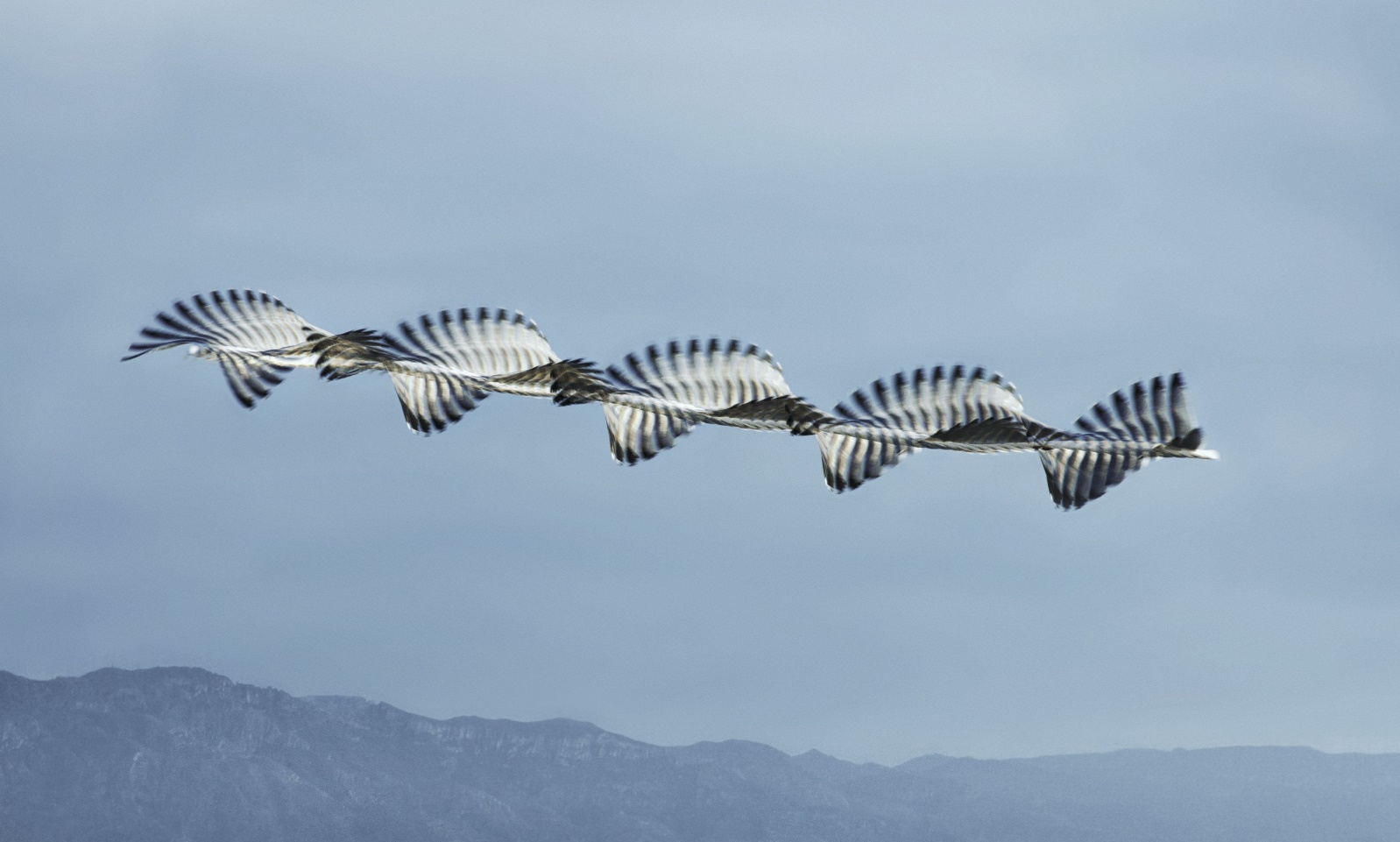 In the first phase of the study, which Bo invested five years into, he used his camera. After that, he used professional digital cinema cameras to complete the technique and shots. These cameras allow him to shoot 25 to 120 frames per second with high resolution.

In the mass movement of birds, there is no center to lead the flight; each bird decides independently. In other words, each bird flies for itself, and its strange movement is amazingly derived from very complex mathematical equations and algorithms.

Ornitographies are a balance between art and science. A publishing project based on nature is considered a poetic visual exercise. But more importantly, these images are an invitation to see the world through the same curious and innocent eyes of a child who once gazed at the birds. 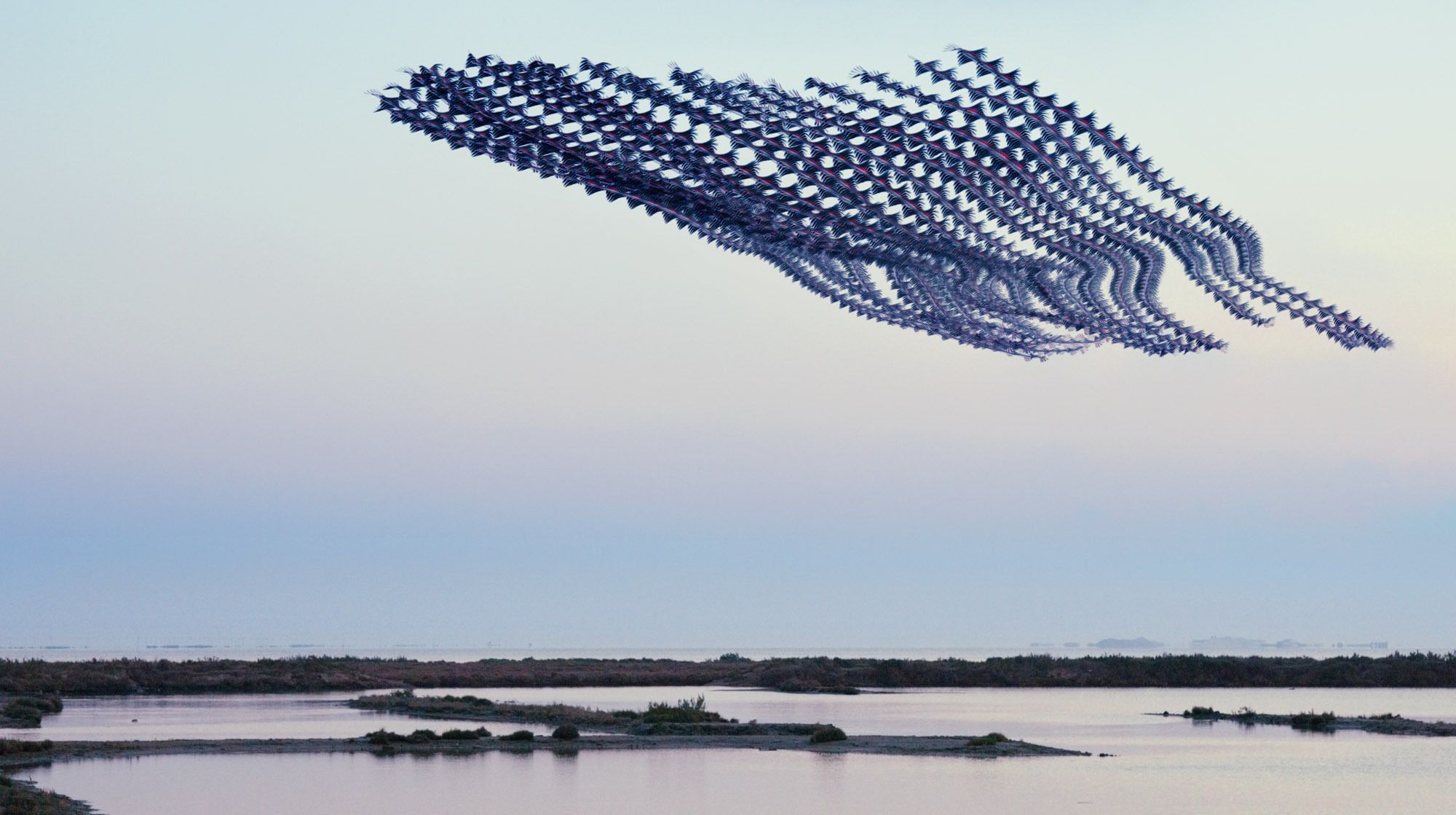 Xavi Beau graduated from the University of Barcelona with a degree in Geology while also studying at the Grissart International School of Photography. Xavi Bo began his professional career in fashion and advertising photography as an assistant photographer when he finished his studies in 2003.

Xavi Beau’s passion for nature inspired him and led him to projects like this one that also connected to his art. In 2009, with his partner Danny Cyprian, he founded La Crin Studio, a photography retouching studio specializing in large-scale campaigns for various brands and national and international magazines. Xavi currently combines his retouching work with the development of his photography projects.

By examining the technical possibilities of the boundaries of photography and having nature as the primary reference and subject, the photographer intends to send a message and challenge us to think about our perception and create a new perspective on our environment.

The Ornitographies photo series was published in leading European magazines such as The Guardian, de Volkskrant, Sonntag, The Spiegel, National Geographic, and Geo. Xavi Bo’s project was also shown in the Netherlands, the United States, and Spain.