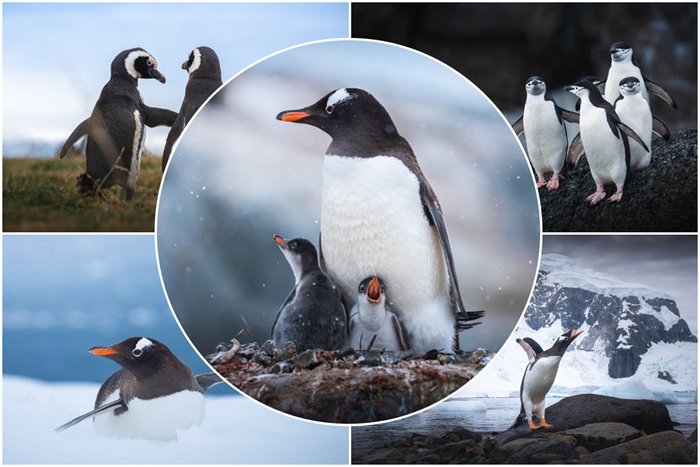 Albert Druss Traveled To Antarctica A Few Years Ago To Photograph The Scenery There, But When He Saw The Cute Movements Of The Penguins In That Area, His Heart Started Beating For Them.

Albert Druss, a Dutch landscape photographer and nature lover who traveled to Antarctica a few years ago, says everything about penguins is interesting. You can’t watch them interact with their chicks or walk cutely and not smile.

My whole experience in Antarctica was excellent and unbelievable. I could sit there for hours just watching the penguins. Being on the Antarctic islands with penguins and other wild animals like walruses, especially whales, was magical for me. When I traveled to Antarctica, there were a lot of penguin chicks on the island, so I was lucky to be able to photograph many penguins with their chicks. 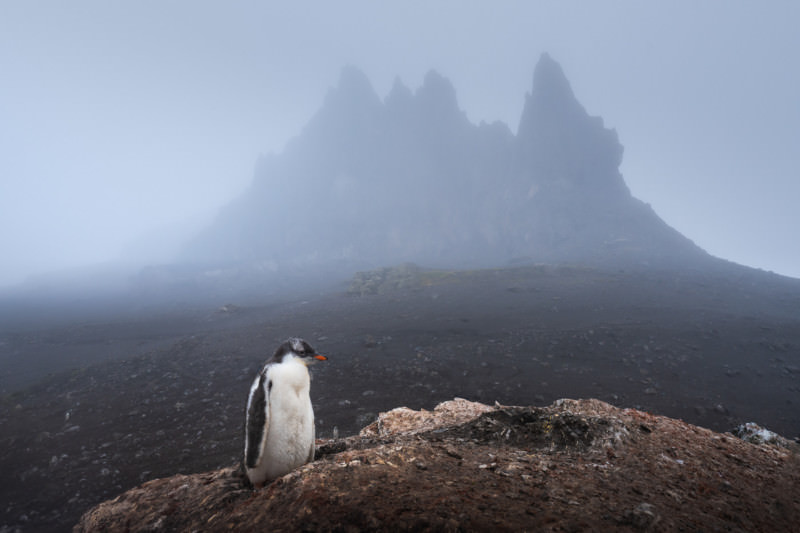 A Gentoo penguin chick against the dark background of a peak. Most of the landscapes in Antarctica are frozen and white, But some places like this photo have rugged mountains and volcanic rocks. 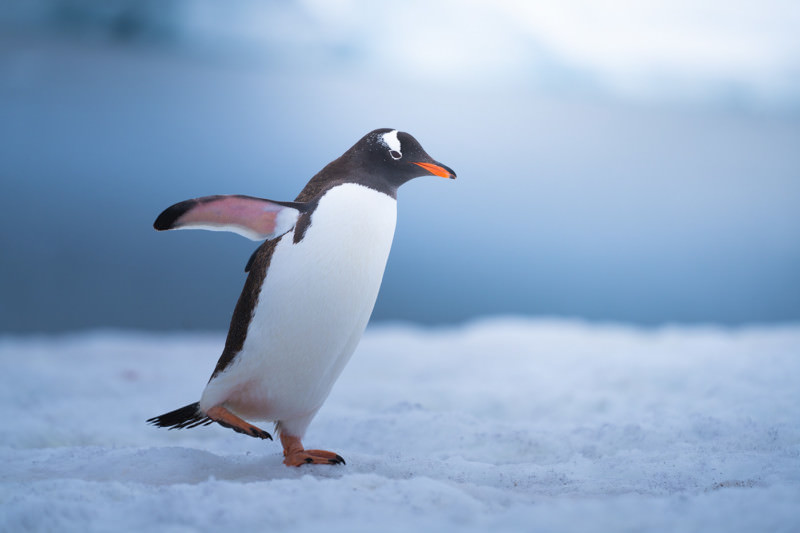 You can watch the penguins walk for hours without getting tired or smiling. 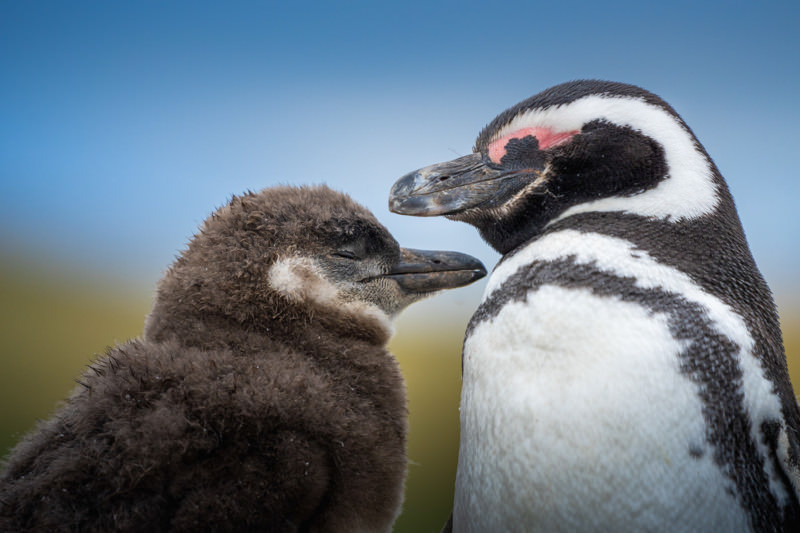 Magdalena penguin and her chick 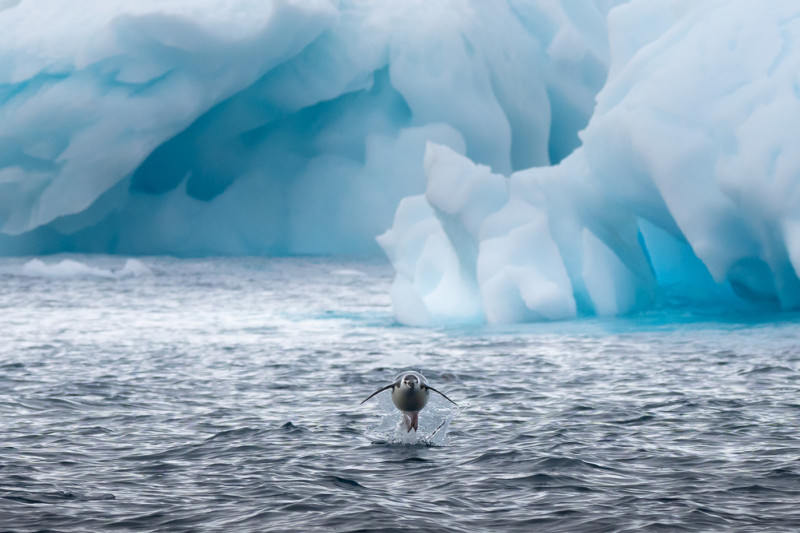 During this trip, I always saw penguins jumping out of the water. It was not easy to photograph these penguins; Because their movement is swift. I must say that penguins cannot fly, But if you see this picture, you will think that this penguin is flying. 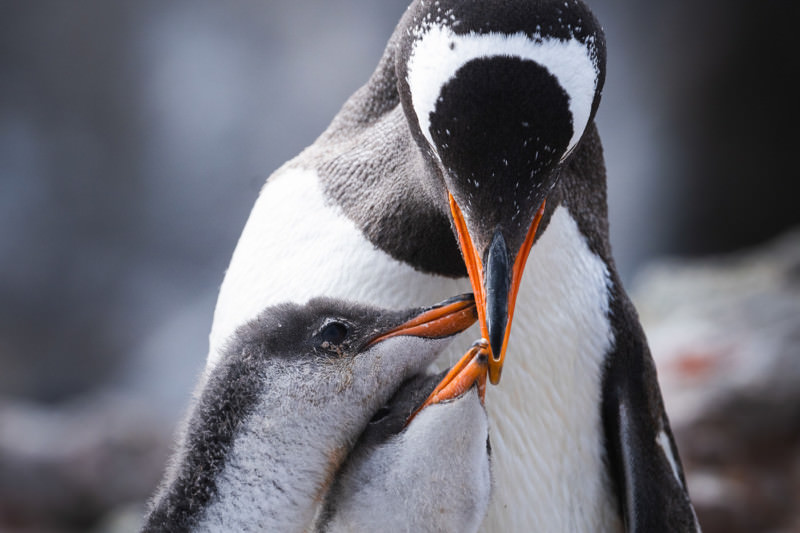 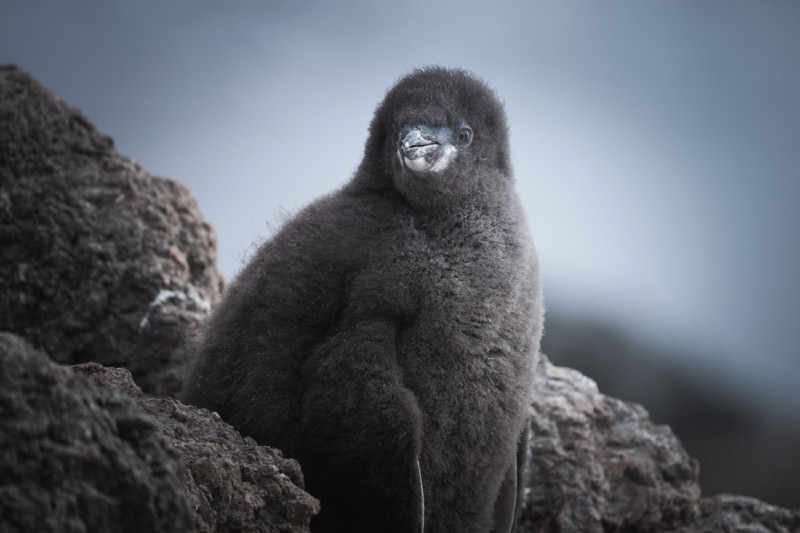 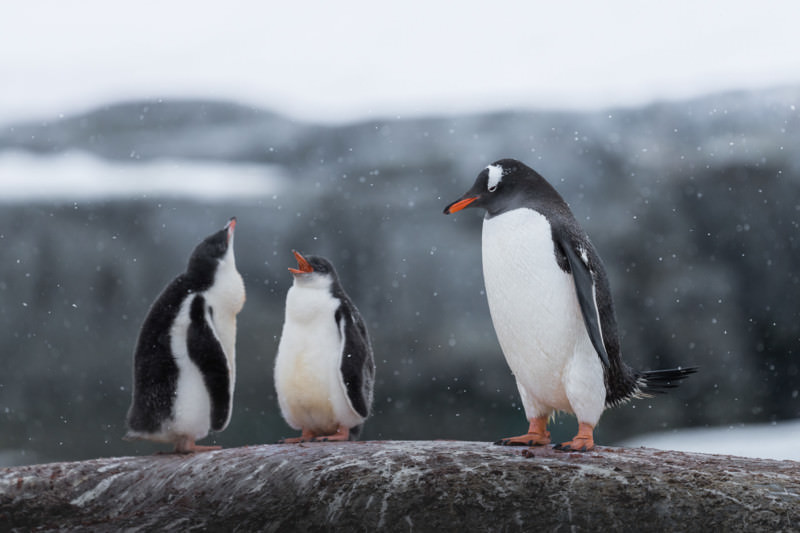 A mother gentoo penguin is watching her two chicks play; Chickens try to catch snowflakes with their beaks. 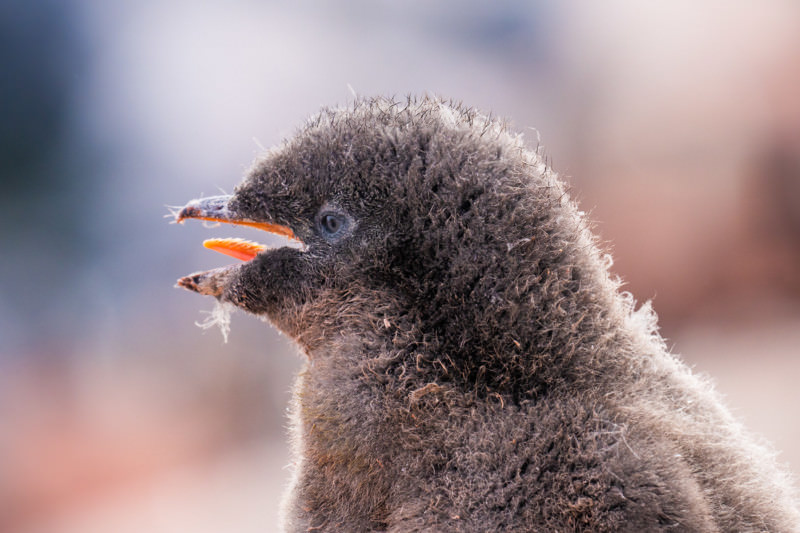 A portrait of an Adelie penguin chick 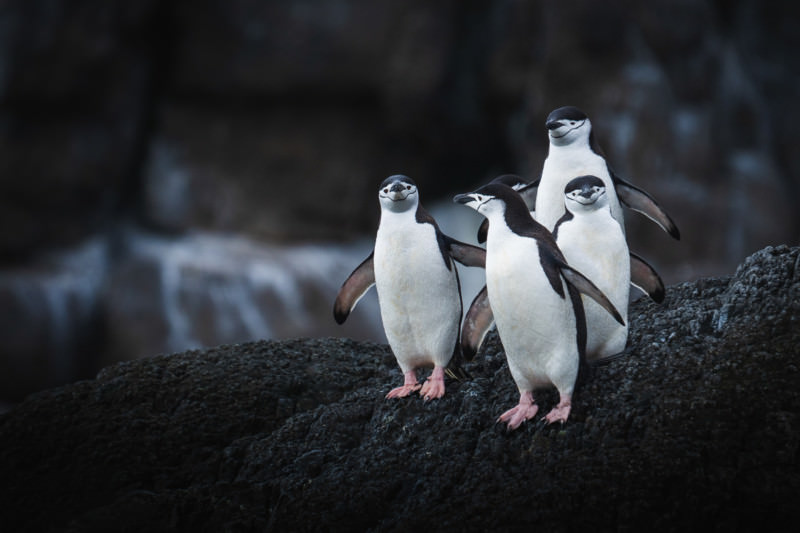 A bunch of bearded penguins that look like a criminal gang. 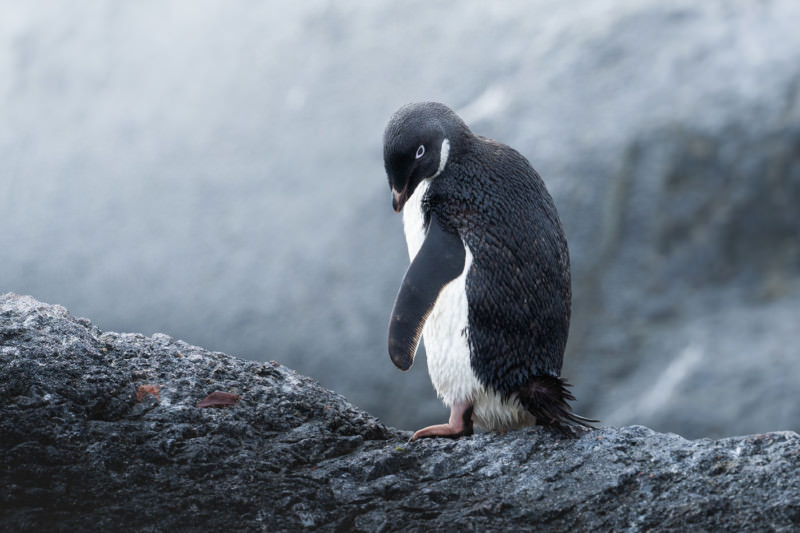 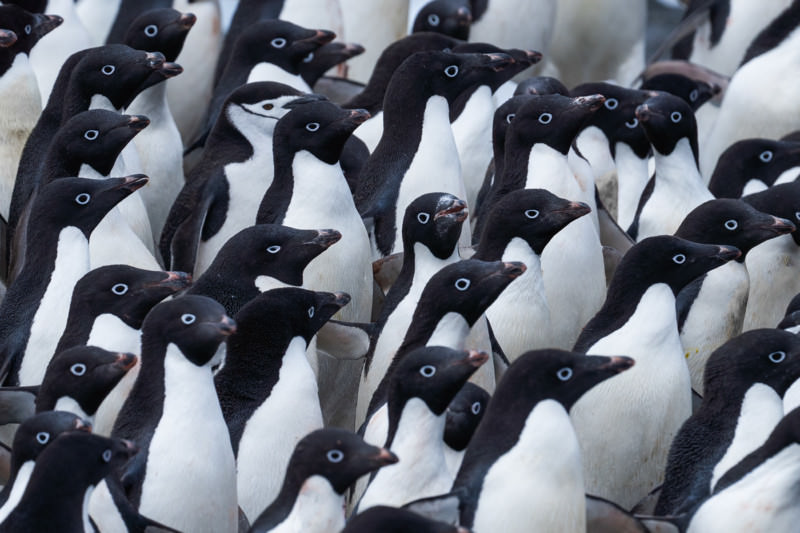 Can you spot the different penguins? 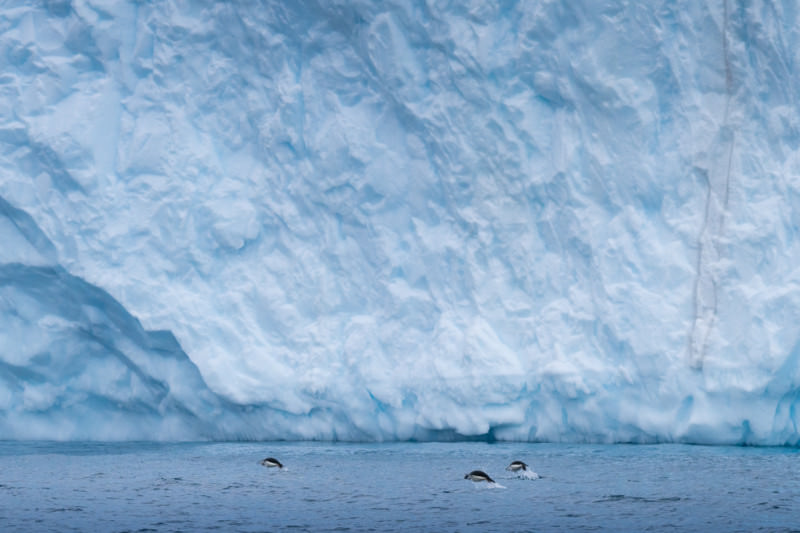 Penguins swimming and jumping on an iceberg 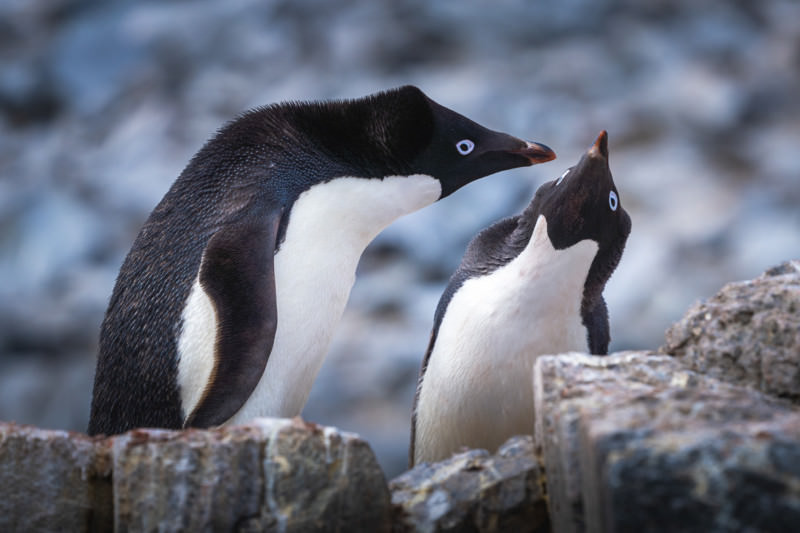 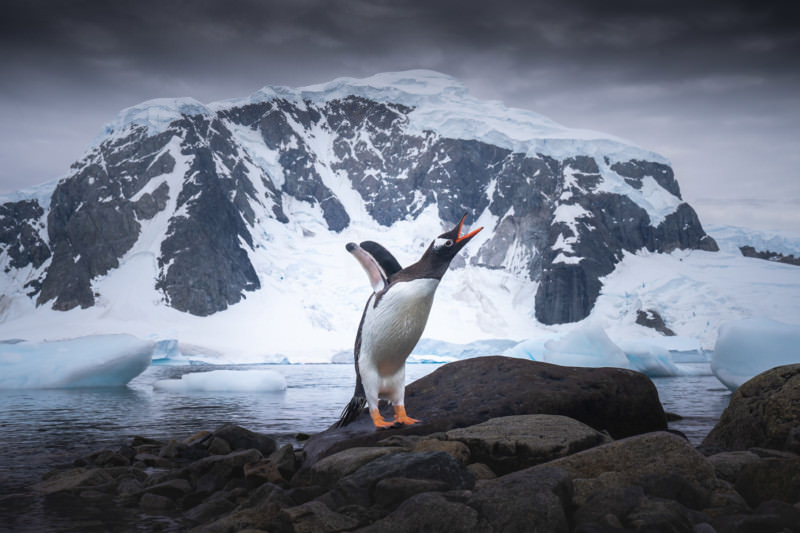 Gentoo penguins in front of the enormous peaks of Antarctica 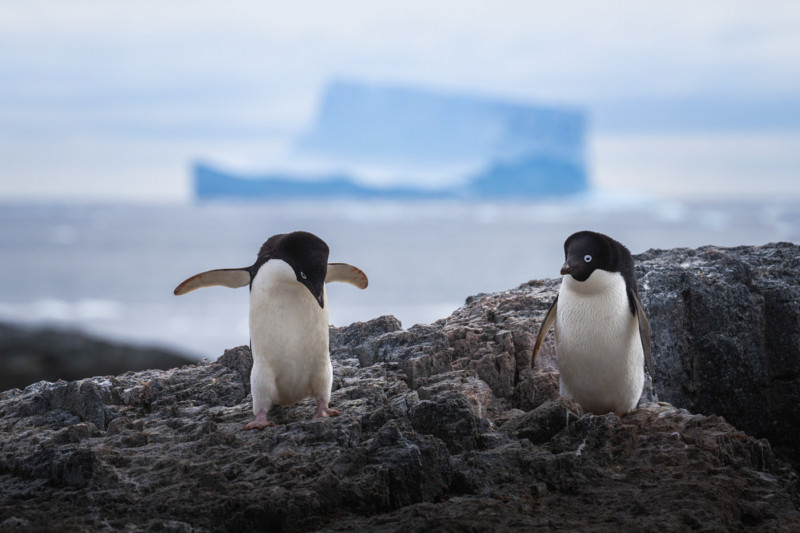 Two Adele penguins with a massive piece of ice in their background. 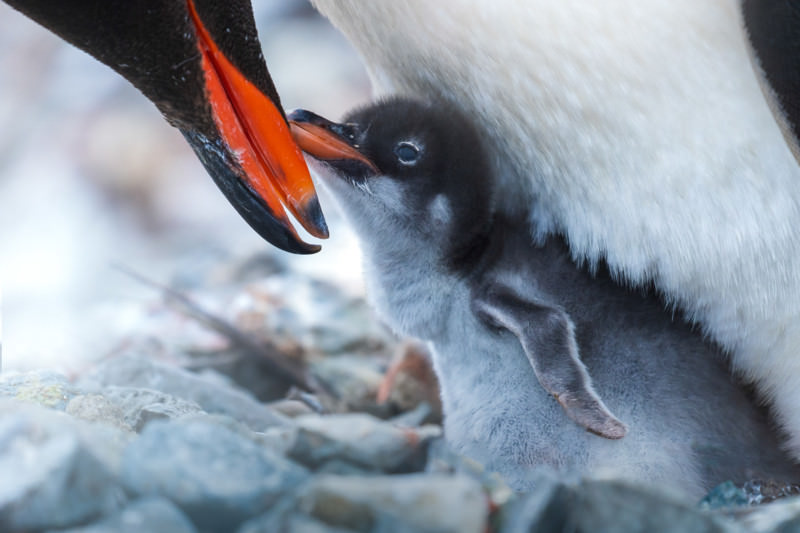 A gentoo penguin feeding its chick 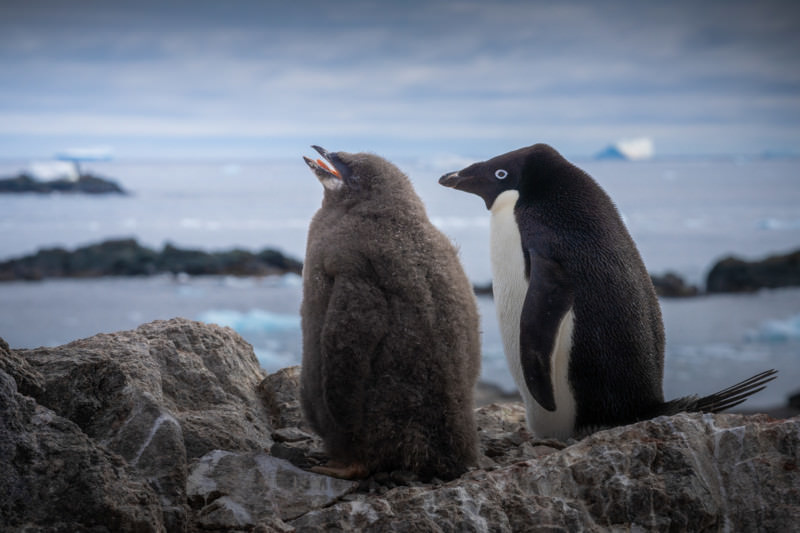 An Adelie penguin is next to her chick; The chick looks older than the mother. 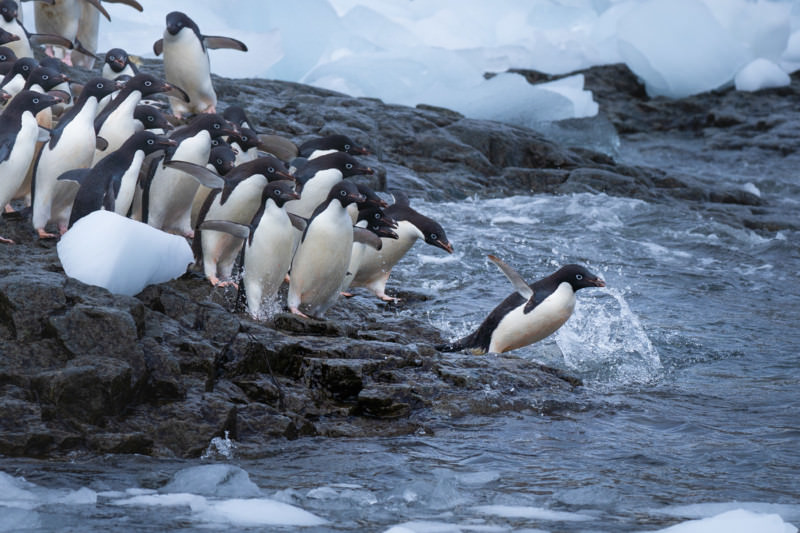 The cute ceremony of Adele penguins jumping into the water in a row. 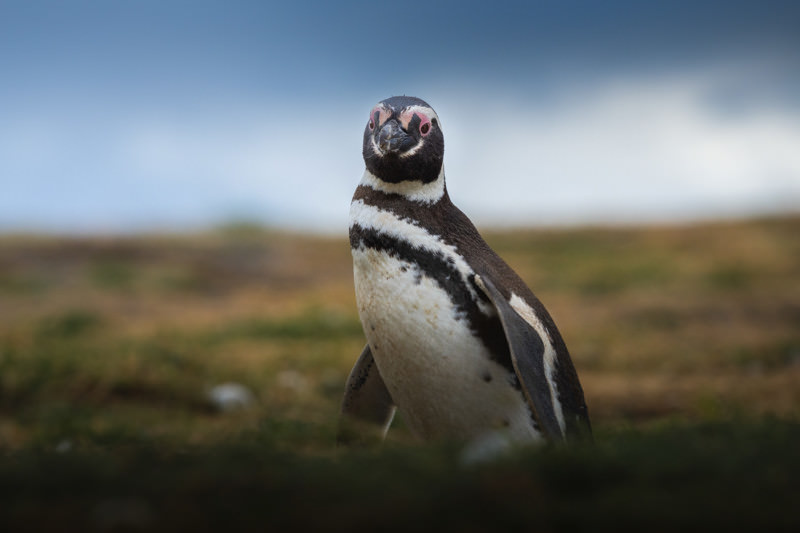 A portrait of a Magdalena penguin. These penguins also exist on Magdalena Island in Chile. 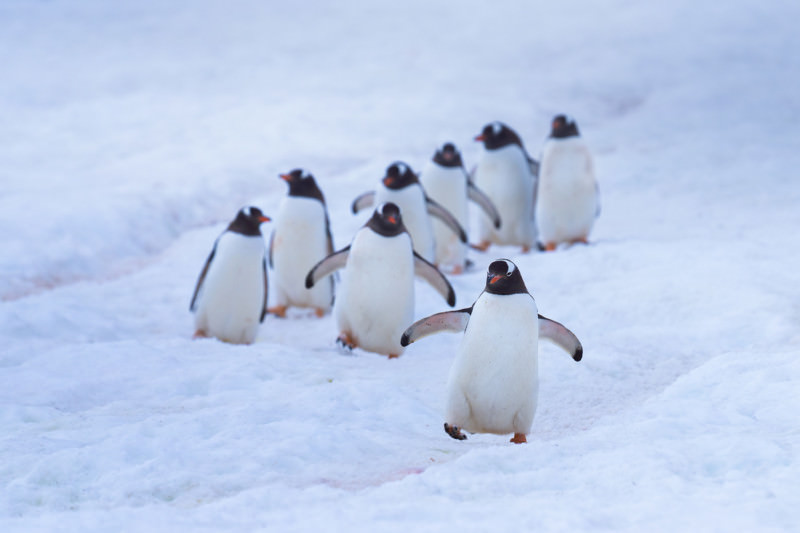 Penguin highways; Penguins use specific routes to get to the water and back home. They move behind each other and follow the group leader! 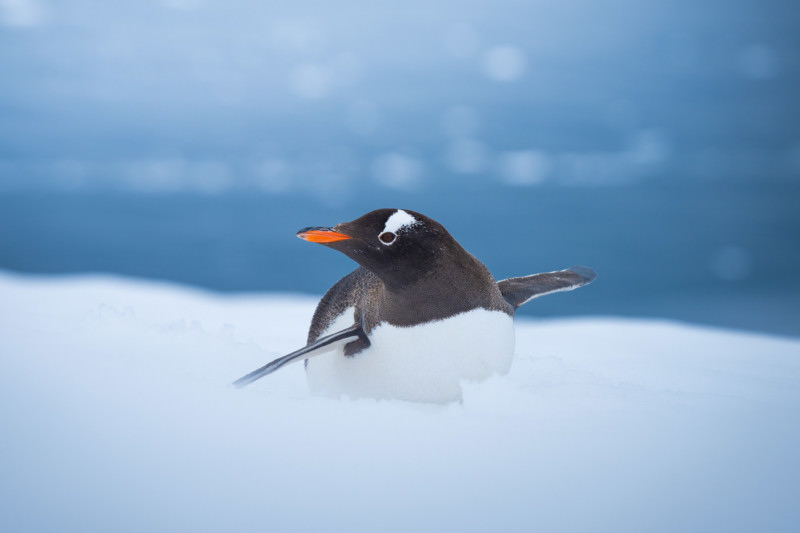 A gentoo penguin having fun in the snow 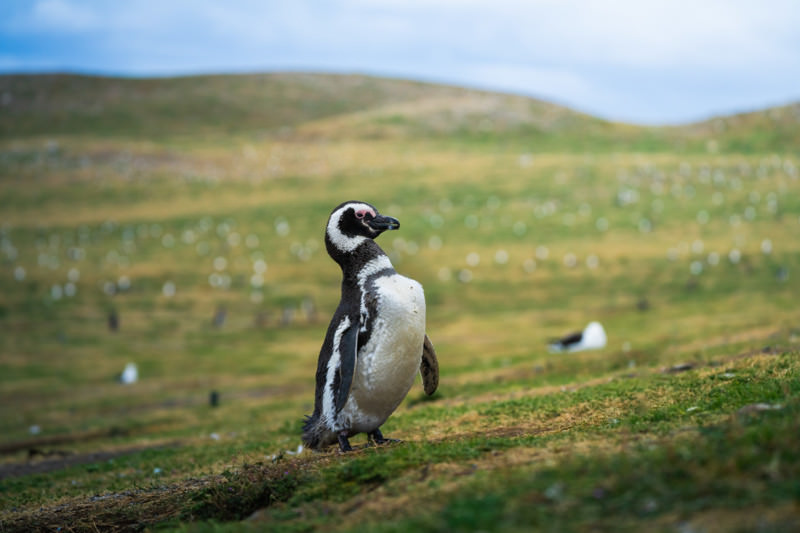 A posing Magdalena penguin. All the white dots in the background are penguins. 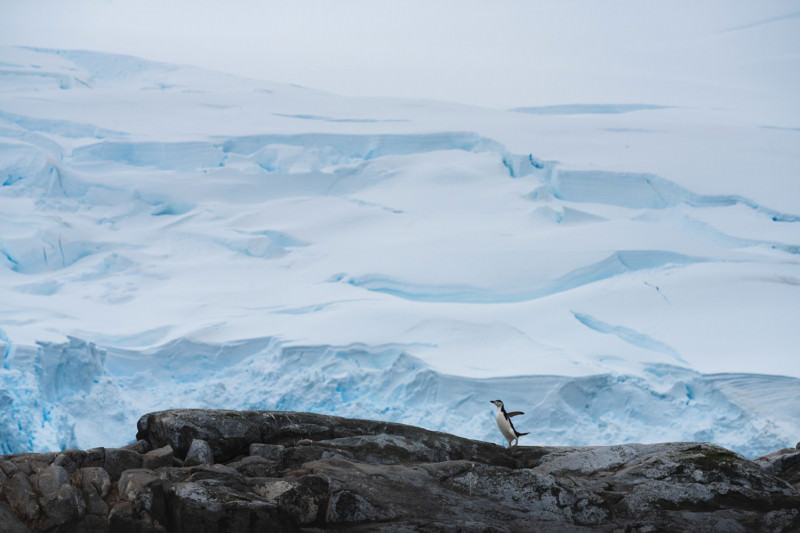 A bearded penguin against the Antarctic glaciers 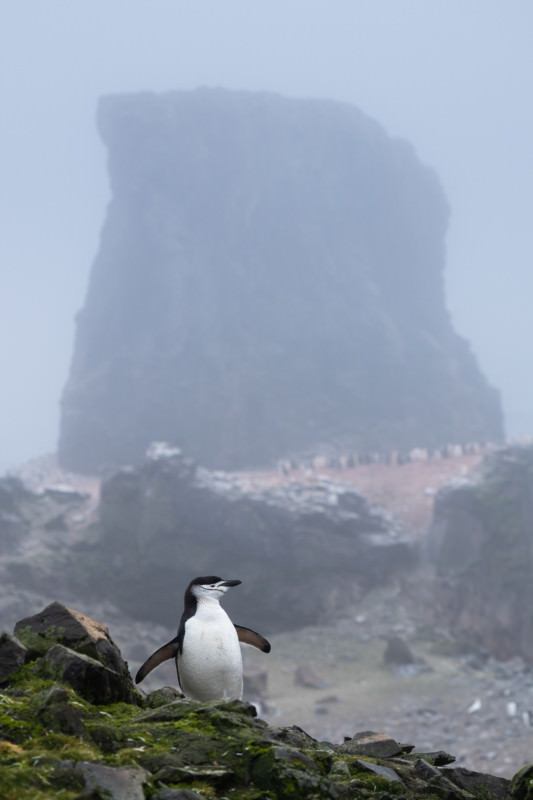 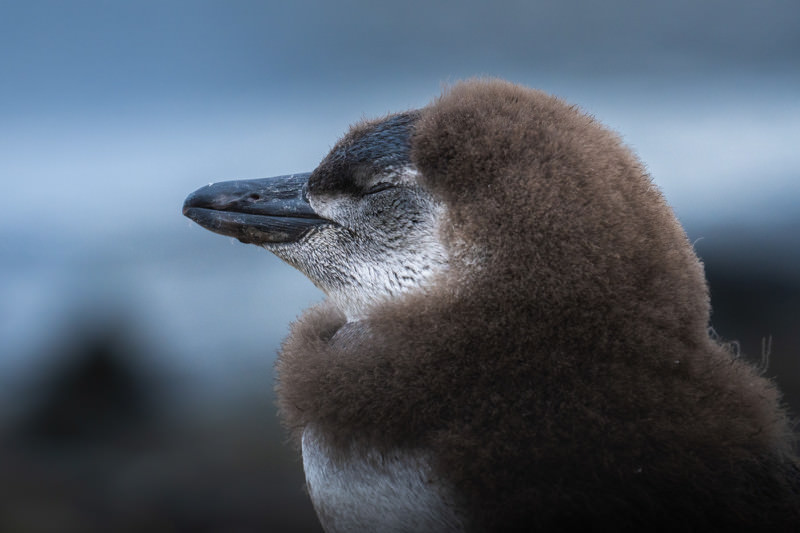 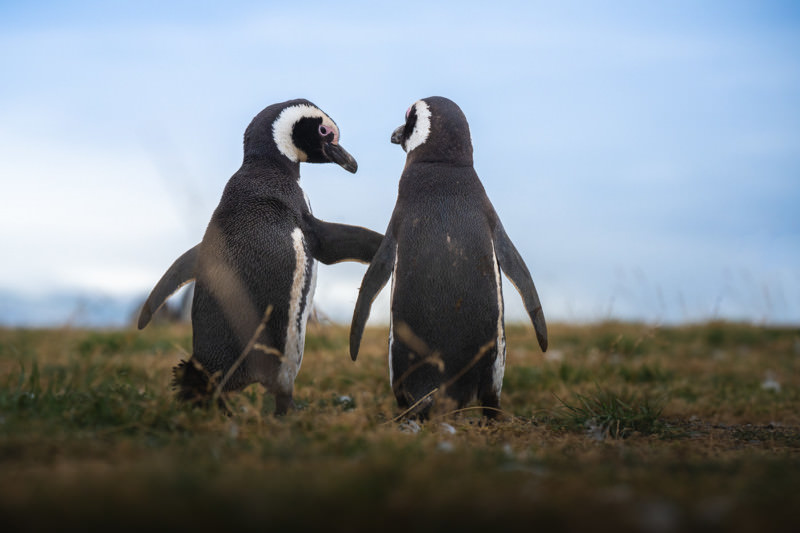 Two Magdalena penguins are talking about the issues of the day! 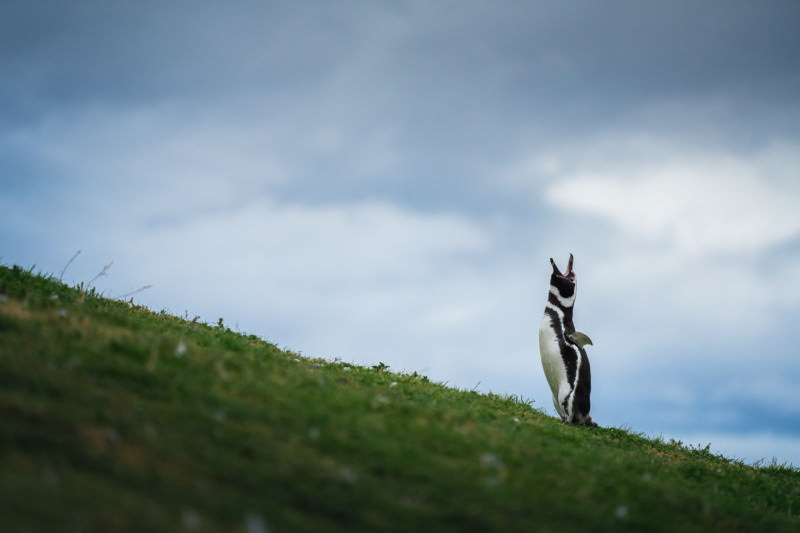 A Magdalena penguin calling her friends

I hope that climate change will have little effect on Antarctica and its wildlife so that future generations can travel there and see this magical part of the planet.