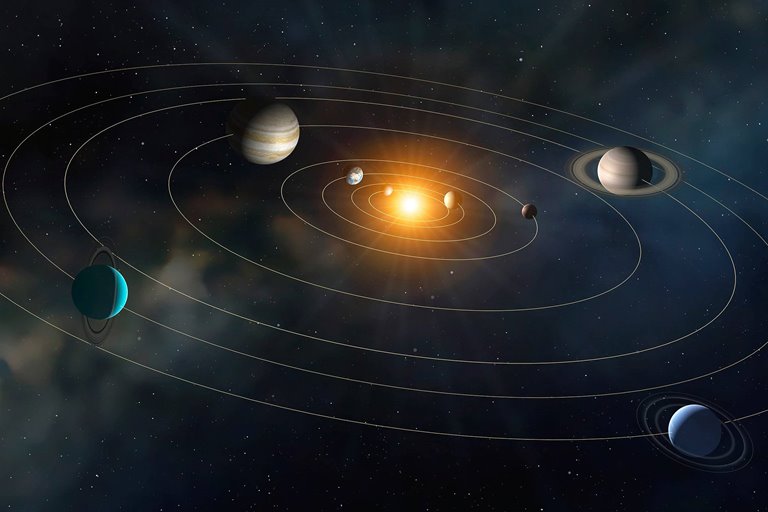 While Some Important Scientific Questions Concern The Far Reaches Of Space, There Are Also Great Unanswered Questions About The Solar System.

Solar System the next time you look at the bright full Moon, think that no one knows precisely where the Moon came from the space. Science writer Rebecca Boyle says in one of Vox‘s Unexplainable podcasts :

We do not know why the Moon is here. For many people, the Moon is evident, monotonous, and repetitive, and galaxies, stars, planets, and nebulae are more attractive.

Some of the most critical scientific questions come from the farthest reaches of space (how and when did the first galaxies form? What happens inside a black hole )? But there are just as big and important questions in our solar system.

Exploring the solar system (its moons and planets) helps us better understand the far reaches of the universe. Everything we discover in our approach lets us know what might be in the broader universe.

If evidence of life is found on a barren world like Mars, we may be able to understand better how life is possible in other systems. If we can appreciate how destroyed Venus once-probably a vibrant world, we may begin to understand how similar planets orbiting other stars may suffer the fate of Venus. 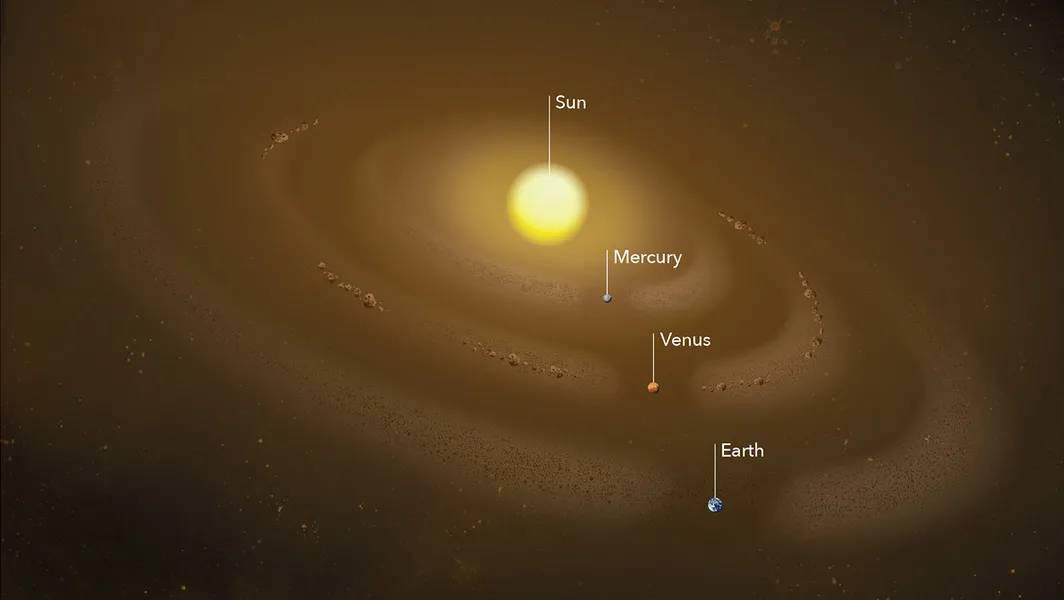 The image above shows several dust rings orbiting the Sun. These rings are formed when the planets’ gravity pulls dust particles into orbit around the Sun.

What caused the death of the planet Venus?

Hell Valley is the most appropriate word to describe the surface of Venus, the second planet closest to the Sun. This planet is the hottest in the solar system at 900 degrees Fahrenheit (482 degrees Celsius). The reason for the extreme heat of this planet is the atmosphere, which is almost entirely composed of carbon dioxide and creates a powerful greenhouse effect.

Clouds of highly corrosive sulfuric acid cover the sharp volcanic rocks of Venus. The pressure on the surface of Venus is about 92 times the pressure you feel on Earth at sea level. However, some scientists believe that Venus was once Earth-like and had oceans of liquid water, like the one that supports life on Earth. This issue has caused the extraterrestrial origin of life on Earth to be raised.

Robin George Andrews, a volcanologist and author of Supervolcanoes: What They Reveal About Earth and Extraterrestrial Life, says Venus and Earth are like siblings. They were formed at the same time and had a similar composition.

However, the planet Venus is terrible and hellish in every sense, but the Earth is heavenly. Why do we have a lost paradise next to our heaven? There are two main hypotheses. One is that the Sun has heated the planet Venus, to death. The second thing is that volcanoes have caused this. 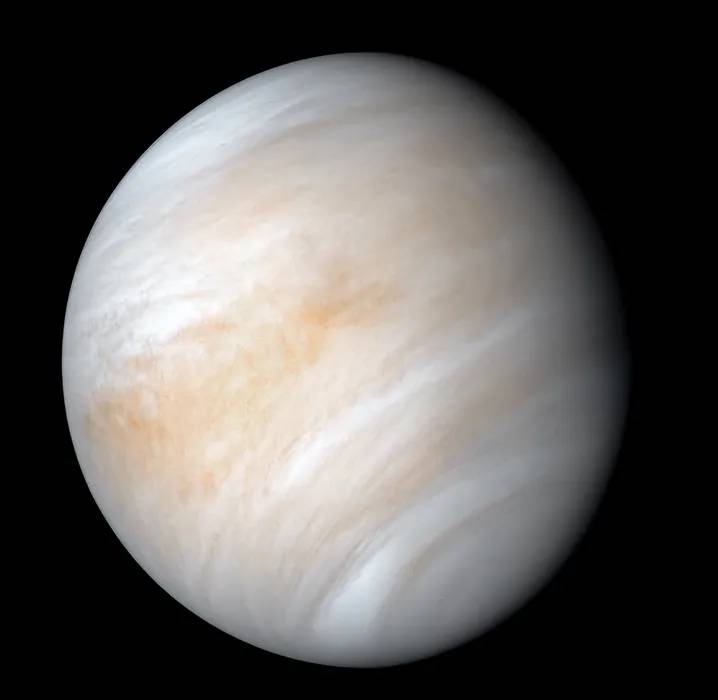 An image of the clouds of the planet Venus was taken in 1974 by NASA’s Mariner 10 spacecraft.

Where does the Moon come from the space?

Before humans landed on the Moon, scientists thought they knew how the Moon formed. The prevailing theory was that the Moon began to like the other planets: pieces of leftover material from the formation of the Sun clumped together to form the Moon. But the Apollo astronauts brought back samples from the Moon’s surface, and those rocks told a completely different story. Meredith Houdinot, the Senior Producer of the Inexplicable Podcast, says:

Geologists discovered that the Moon is covered with a unique rock called anorthosite. This bright and reflective stone makes the Moon shine white in the night sky. At that time, I thought it was that this rock was formed extraordinarily, magma.

Magma means that the Moon must have formed during a great cataclysm. “Something put so much energy into the moon that it melted it,” Houdinot says. Scientists aren’t exactly sure what happened, But every scenario is a story of fiery apocalyptic events. 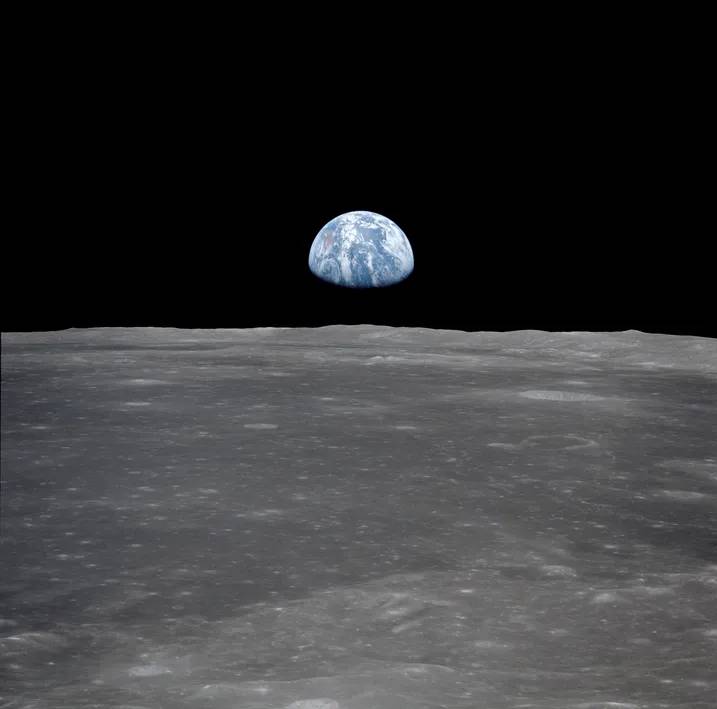 This view from the Apollo 11 spacecraft shows Earth rising above the lunar horizon.

Has anything survived in the human debris left on the Moon?

During the Apollo moon mission, the astronauts went to the Moon and left their waste on the Moon to reduce the weight of the spacecraft when returning to Earth. During the Apollo missions, 96 human trash bags were left on the Moon. This debris raises an intriguing astrobiological question.

Human waste, especially feces, is teeming with microbial life. With the Apollo moon landings, we took life on Earth to the most inhospitable environment. Therefore, the debris on the Moon represents a natural, albeit unintentional, experiment.

The question that the experiment can answer is: How resistant is life to the harsh environment on the Moon? And if microbes can survive on the Moon, can they survive interplanetary or interstellar travel? If they can stay, it may be possible for life on asteroids or other space debris to be transported from planet to planet. 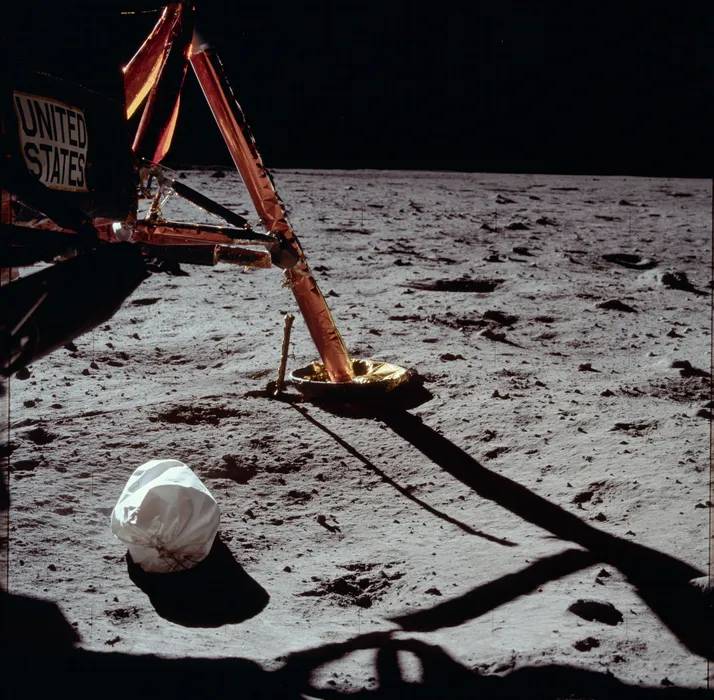 A bag of astronaut trash was left on the Moon in 1969.

Was there an advanced civilization on Earth before humans?

Many scientists have been thinking for a long time about whether there is intelligent life in deep space. But climate scientist Gavin Schmidt and astrophysicist Adam Frank have a different question: Was there intellectual life in Earth’s distant history? Could we find evidence of an advanced non-human civilization that lived perhaps hundreds of millions of years ago and was buried in the Earth’s crust?

This puzzle is not explicitly related to the solar system; Rather, it has a cosmic scope. Smith and Frank ask: How likely is it that an intelligent life form (here or in deep space) would leave a trace of its existence? Could alien explorers land on Earth hundreds of millions of years from now and find our paths if we were long gone? 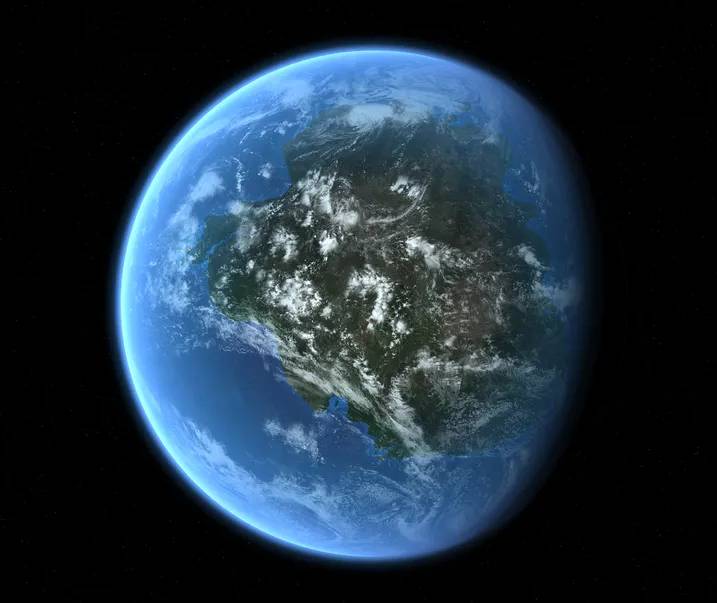 An image of the supercontinent Gondwana,.

Can we deflect an asteroid from a collision course with Earth?

Many disasters (volcanic eruptions, earthquakes, hurricanes, and tornadoes) are inevitable. Although humans make some disasters worse, natural disasters had existed long before we were on Earth. They are a fact of life on Earth, But there is one type of disaster that can avoid: a collision between an asteroid or comet and Earth.

We’ve never tried to deflect an asteroid, and we don’t know if the proposed plan would work. To help answer that question, NASA launched the Double Asteroid Deflection Test (DART) mission last year, consisting of a car-sized spacecraft equipped with solar panels.

This spacecraft is moving towards a 160-meter asteroid called Dimorphous. In the fall, Dart will hit Dimorphos at a speed of 24,000 kilometers per hour to answer whether such an impact will cause the asteroid to enter a different orbit.

Has there been life on Mars?

The planet Mars today is a desert and has no apparent signs of life, But over the years, scientists have found evidence of a lost Mars that suggests the planet was similar to Earth in the distant past. NASA astrobiologist Lindsay Hayes says:

Mars is very different than it was four billion years ago, But you can see traces of its past. You see things like the remains of a vast river delta, which shows that not only water was flowing in it; Rather, it has probably sailed for a long time to leave sediments.

Last year, a new rover landed on Mars, which is the best opportunity to answer the question of whether there was life on Mars. If the answer is yes, it could change our understanding of the abundance of life in the universe. Where there was water, life could have formed. 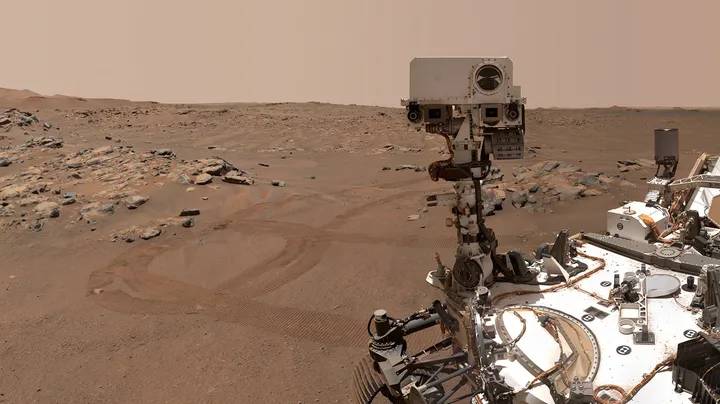 Is the ninth planet hidden in the darkness of the solar system?

In 2006, the International Astronomical Union approved a change in the definition of a planet; But did not includePluto in this definition. There were no more than nine official planets in the system; Rather, there were eight planets. Astronomer Mike Brown explains:

At that time, we saw signs that something else was out there, that a giant planet was hiding beyond Neptune, waiting for us to find it.

Astronomers have not yet identified this planet, But they guess it’s out there: Other objects far off in the solar system seem to be affected by its gravity. Could this evidence lead us to the actual ninth planet? Maybe, but it will be hard to find.

Brown says of the search for the ninth planet:

It’s like throwing a small piece of land on the beach. It will be hard to find in a sea full of other sand. The same problem exists with the ninth planet.