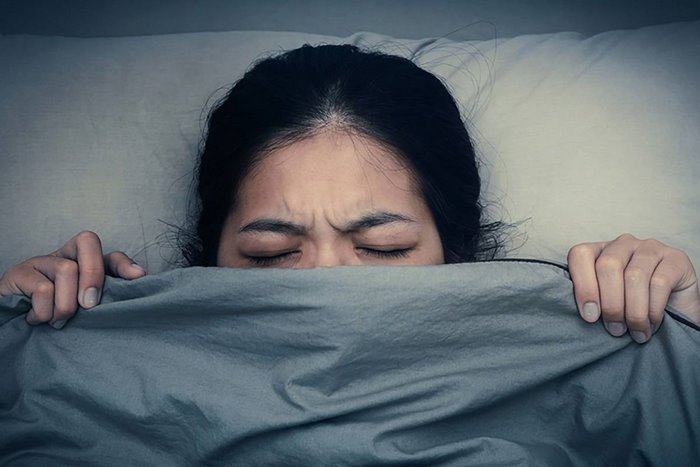 While More Than Half Of People Fall Asleep Next To Their Mobile Phones At Night, Research Reports That This Is Extremely Harmful To Health.

According to a survey by the website Android Authority, more than half of users go to bed with their phone at least some nights. Even some people who gave a negative answer in the questionnaire have declared that they put their phone next to them while sleeping.

Unfortunately, we have bad news for you if you are one of these people: it is not suitable for your health. Whether you’re a teenager or an adult, plenty of research confirms the dangers of keeping your phone near your bed.

Of course, in this article, we do not intend to do anything; we present the results of several scientific research so that you can decide for yourself about your life. If you have difficulty falling asleep, have insomnia, or have difficulty staying awake during the day, reliable scientific research suggests that your phone is most likely to blame.

For example, a systematic review of 20 scientific articles showed strong and consistent evidence of a relationship between the access and use of electronic devices and the reduction of the quantity and quality of sleep and daily sleepiness.

In other words, if you leave your phone next to you at night, you are more likely to have shallower and shorter sleep, ultimately leading to a decline in your mental performance during the day.

In other words, research results show that the same results are achieved even if people don’t use their phones in bed. The mere presence of a phone in the bedroom can increase the likelihood of sleep problems in people. 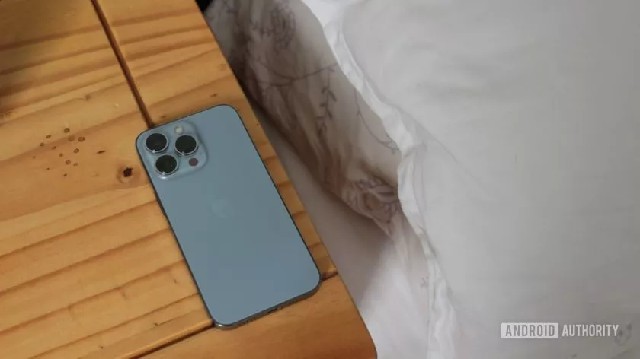 Sleep is vital for maintaining people’s mental and mental health, and its importance in children’s psychological and social development is increasing. Since mobile phones and digital devices have become integral to our daily lives, their effects on sleep quality are significant. Most of us check our phones before we close our eyelids during sleep and as soon as we wake up in the morning.

This regular cycle harms our sleep and, as a result, our physical and mental health, which is not easy to leave.

It should be known that the most damage is experienced by children on the verge of adolescence, In such a way that ten-year-old children lose 8 to 9 hours of their weekly sleep.

Although the mentioned research was conducted with small sample size, it was one of the first articles that deeply investigated the effect of websites such as Tik Tok and Instagram on strengthening the sense of “fear of missing out” in children among their peers.

Social networks have moved the social environment from schools to children’s bedrooms, available 24 hours a day, seven days a week, and can be used at night.

One of the negative consequences of lack of sleep is depression.

Data reviewed from hundreds of teenagers have shown that people who spent many hours on social networks before going to sleep had more sleep problems; For this reason, the level of depression was also higher in them. Therefore, we can see a chain of reactions in which teenagers who work with their phones at night sleep less, which leads to the emergence and increase of depression symptoms in them, and the future, it can also weaken their academic performance.

However, the said harmful consequences are not limited to children and teenagers, and according to research, using the phone at night can also disturb adults’ sleep. For example, a study showed that more phone use in bed is associated with increased fatigue and prolonged sleep in the 40s.

Also, the relationship between using the phone at night, waking up earlier, and sleeping less in adults aged 60 to 70 was shown. The passage of time will indicate whether the digital night habits of today’s youth can affect the mentioned results or not. 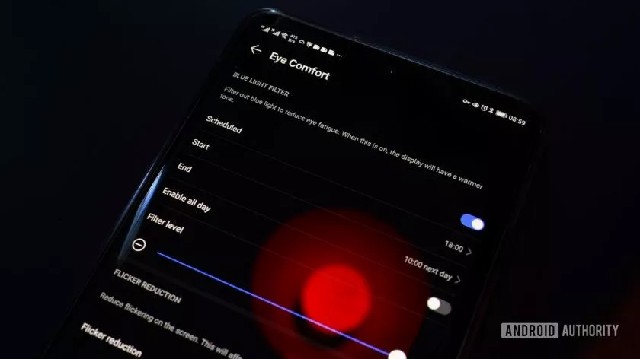 Due to these problems, some companies have considered unique settings to improve the use of phones at night.

However, the researchers showed in an article that Apple’s Night Shift function did not affect the sleep quality of 167 participants, and staying away from the phone screen showed a better effect than using the Night Shift function on the sleep quality of the participants. It is impossible to imagine a noticeable impact for similar features of Android phones, such as Samsung’s Bedtime Mode.

Now the question is, what is the reason for the adverse effects of sleeping next to the phone? The blue light of the phone display delays the release of melatonin, the hormone that controls the sleep-wake cycle. A blue light filter can partially reduce this problem, But not entirely. Also, consider how you use your phone: it’s not just the screen light that disturbs your sleep; Rather, software and applications are designed in such a way as to stimulate your mind and engage your attention as much as possible.

The last reason is related to the effects of phone radiation, which may change the quality of sleep and other aspects of human health. For example, as soon as your phone rings or vibrates, you’ll be more inclined to check it, which might be a big deal. However, this issue is still under investigation.

The good news is that according to research, only one month is needed to eliminate said adverse effects and improve sleep quality. Limiting the use of the phone before going to sleep for four weeks can significantly reduce sleep delay, increase its duration and quality, and reduce pre-sleep arousal, which causes increased heart rate and inability to control thoughts.

Also, improving sleep can improve “positive affect,” or the likelihood of experiencing positive emotions and temporary memory performance, which is effective in people’s mental ability to make decisions and reason.

You can only eliminate poor and quality sleep problems by managing phone use for four months.

Getting enough sleep is vital to good mental and physical health, which can be made possible by managing your cell phone usage habits. You are resisting the urge to use your phone two hours before bed can be beneficial. If you do not sleep easily at night and always fall asleep with your phone on, it is better to put your phone in another room after sunset and enjoy a sound sleep.

It should be mentioned that using functions such as Digital Wellbeing can help monitor the phone’s duration. Also, it is possible to set daily limits for specific applications and receive a warning after crossing the set limit. In the end, it should be said that technology should be a tool to increase our health and comfort; So if the opposite of this happens, what is the use of it? We need to think more about this position.