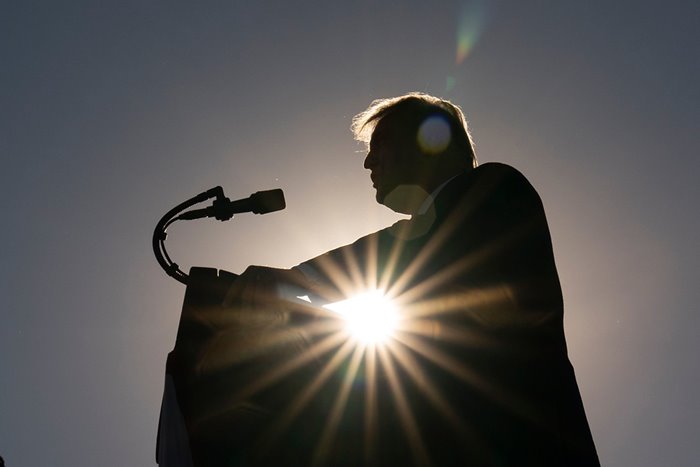 The Editorial Staff Of Shutterstock Has Recently Introduced Documentary Photos, Which Depict The Historic And Fateful Moments Of 2020, Which Was A Completely Different Year In Every Way.

Shutterstock is one of the world’s significant resources for downloading high-quality photos. With more than 300 million photos in its archive, Shutterstock allows users to search for any topic. This site is suitable for images, footage, vectors, videos, and music.

The editorial staff of Shutterstock has recently introduced documentary photos, Pictures depicting the historic and fateful moments of 2020, which was a completely different year. 2020, like many years, started typically with red-carpet shows like the Oscars, then dramatically moved towards the epidemic of the Covid-19 virus and black protests. Fortunately, it is coming to an end with the news of vaccines. Every year, Shutterstock publishes the best images of the year from its point of view.

Shutterstock has a difficult path ahead of it for this choice; Because it must meet the needs of all people. The editorial staff of Shutterstock tries to satisfy the audience as much as possible by providing superior images of medical services, entertainment, news, sports, fashion, etc.

However, 2020 was an essential and news-making year in every way. For this reason, this publication has made this year’s selections differently.

The controversial Oscars in which a Korean film won many important awards, the outbreak of the covid-19 virus that has killed thousands of people everywhere in the world, the protests that started due to the death of a black man under the title “Black Lives Matter.”

“It matters” happened in America, a controversial election that brought Donald Trump down from power after only four years. Finally, the discovery of the coronavirus vaccine and people’s renewed hope for life are some of the most critical events in 2020. Was. 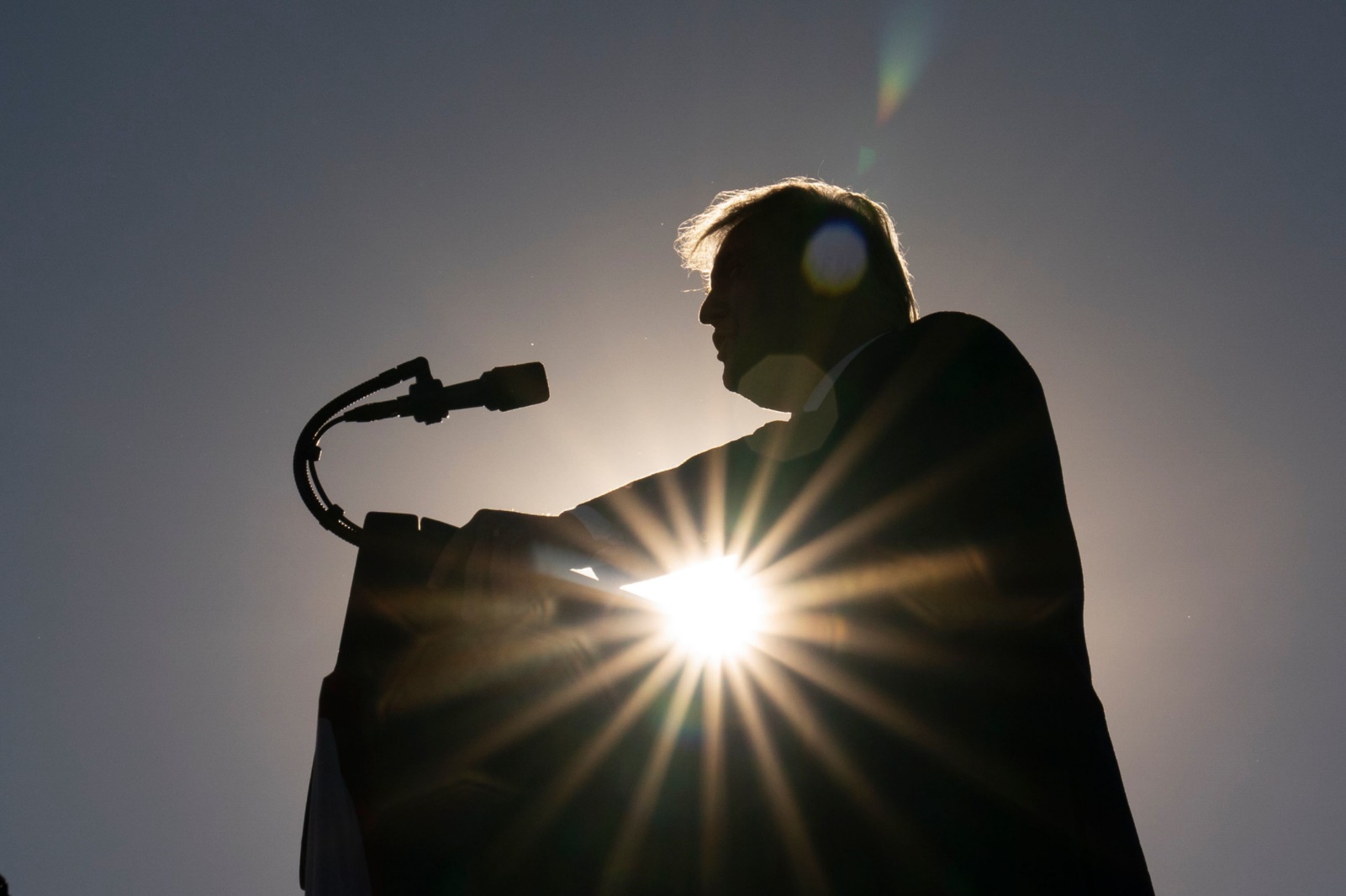 In this image, the President of the United States, Donald Trump, is depicted. Whether you love or hate him, this politician has played an essential role in political news coverage. This masterful image was captured at the site of Trump’s pre-2020 election speeches and the Carson City, Nevada podium.

A great picture from the point of view of this publication, in addition to being relevant and fitting in its category, is necessary to have technical and thematic quality and a tremendous emotional impact. If someone can, for whatever reason, articulate why they think a picture is great, no further discussion can be had about that picture. These images should give people who look at them a great understanding of that scene.

For the top 10 images of the year, Shutterstock’s editors took an overview of all images captured throughout the year and finally selected images that were remarkable in many ways. It can be said that remarkable images are timeless images. Pictures that make you feel special, and for some reason, you can’t stop looking at them. The buildings that are burning in Minneapolis, the celebration and joy of the acting and directing team of the film “Parasite,” the emotions that are engraved on the faces of the nurses, the simple but meaningful message “I can’t breathe” on the masks of many protesters of the “Black Lives Matter” movement. Is”, and social distancing, a mandatory and necessary souvenir of the Covid-19 virus, was part of our story in 2020. 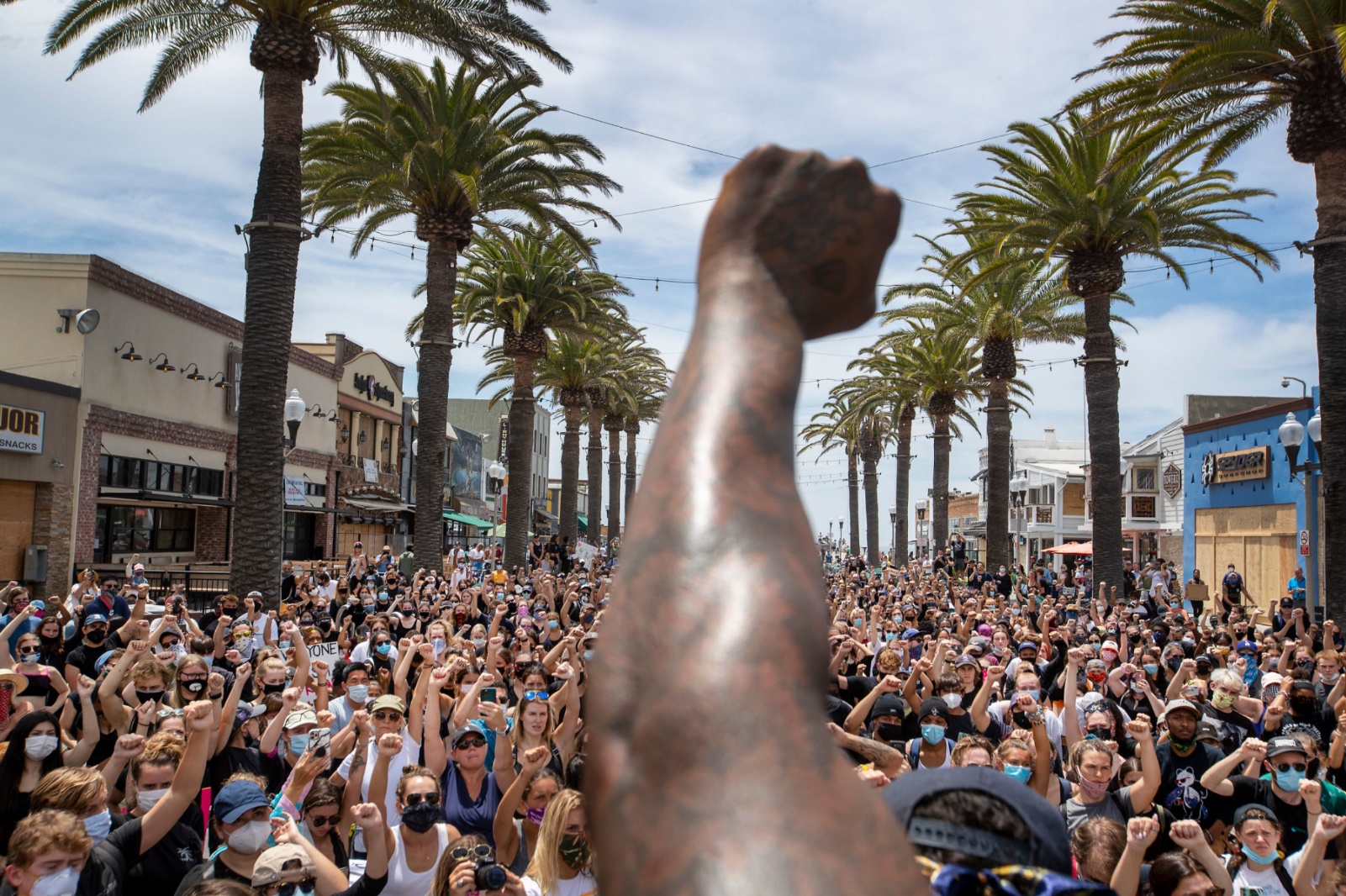 Several hundred Black Lives Matter protesters knelt and held their fists in the air during a moment of silence to honor George Floyd during a peaceful protest march from Manhattan Beach to Hermosa Beach. They returned from the Hermosa Pier Plaza in the same state.

“Black Lives Matter” or “Black Lives Matter” is an international social movement that started in the American black community and worked to fight violence and racism against black people. This movement regularly organizes widespread protests against the killing of blacks by police forces and organized racism in the judicial and police systems. In 2013, following the acquittal of a policeman for the murder of a black teenager named Trayvon Martin, this movement began its activity on social networks with the hashtag #BlackLivesMatter, and in 2014, with large-scale street demonstrations after the killing of two other black Americans in The American level became famous.

Alicia Garza, Patrice Callers, and Opal Tometi, who were the initiators of this hashtag, expanded the scope of activities of this movement to more than 30 local branches across the United States during the years 2014 to 2016. However, the Black Lives Matter movement is decentralized and has no formal hierarchical structure. In the summer of 2015, the movement’s activists publicly challenged the US presidential candidates to define their position on issues related to the  clear action.

In 2020, during the events and protests after the death of George Floyd by police officer Derek Kelvin in the city of Minneapolis, Minnesota, this social movement was at the forefront of news worldwide. A year that started with hope it turned into one of the bad years that presented many of us with a series of losses. However, maybe the sequence of events that happened this year will give humanity more power of gratitude. Reviewing the stories of 2020 deals with the events and people who left a mark on our memories. 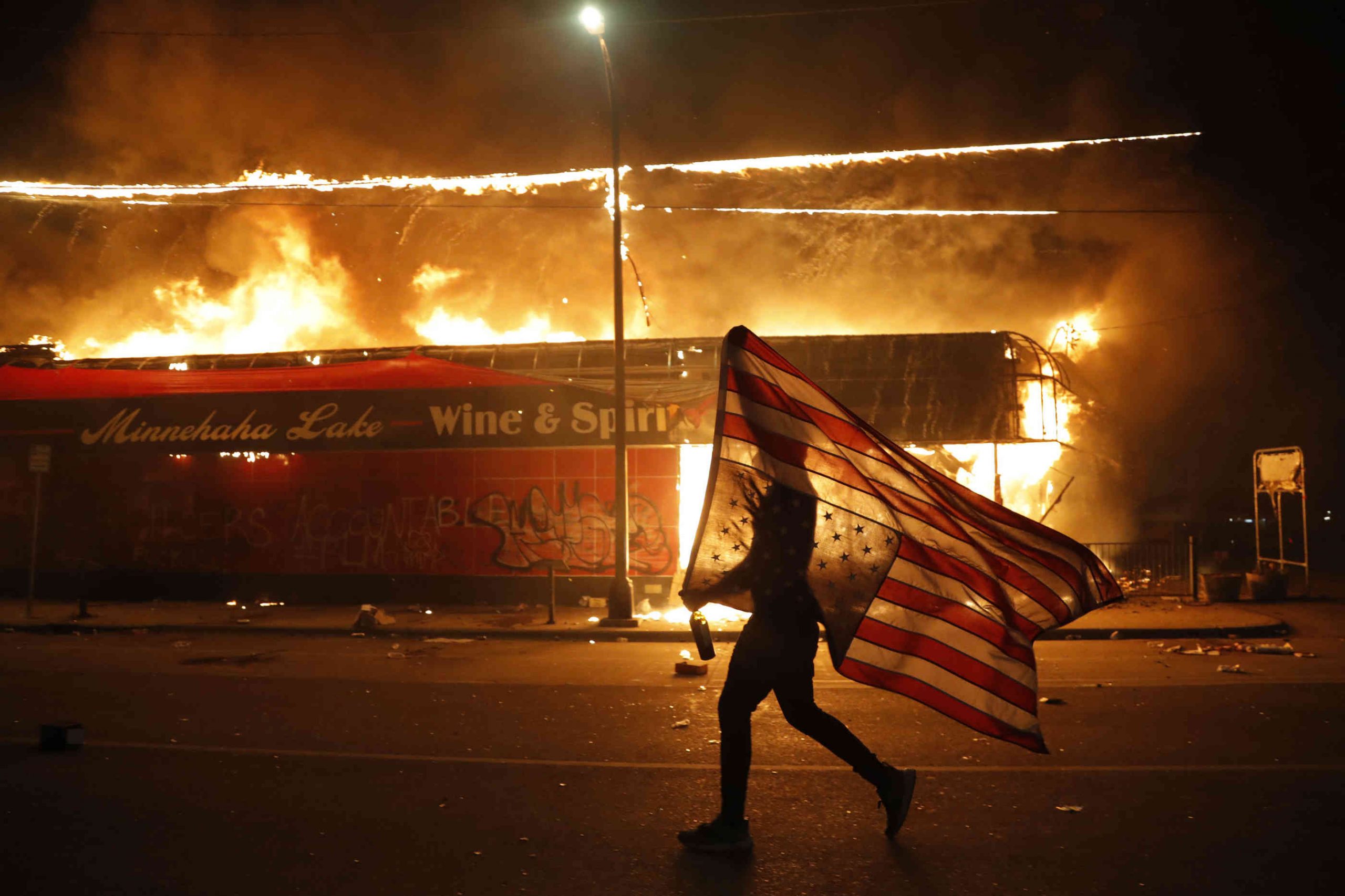 A protester at the Black Lives Matter protests holds a United States flag upside down next to a burning building in Minneapolis during protests over the death of George Floyd. George Floyd was an African-American man who died during a police arrest in Minneapolis after a white police officer, Derek Chauvin, pressed his knee on his neck for 8 minutes and 46 seconds. After that, protests related to the police treatment of Floyd and other African Americans quickly spread across the United States and the world.

The origins of the Black Lives Matter movement go back to the American Black Civil Rights Movement, the Black Power Movement, the Black Women’s Rights Movement in the 1980s, the Pan-African Movement, the Anti-Apartheid Movement, Hip-Hop, LGBT social movements, and the Occupy Wall Street movement. Many media have dubbed this movement “the new American black civil rights movement,”; But many members of this movement disagree with this nickname and consider it different from the previous generation of black rights activists. For example, the new direction does not adhere to old age traditions, including church involvement, respect for the Democratic Party (USA), and respectability politics. 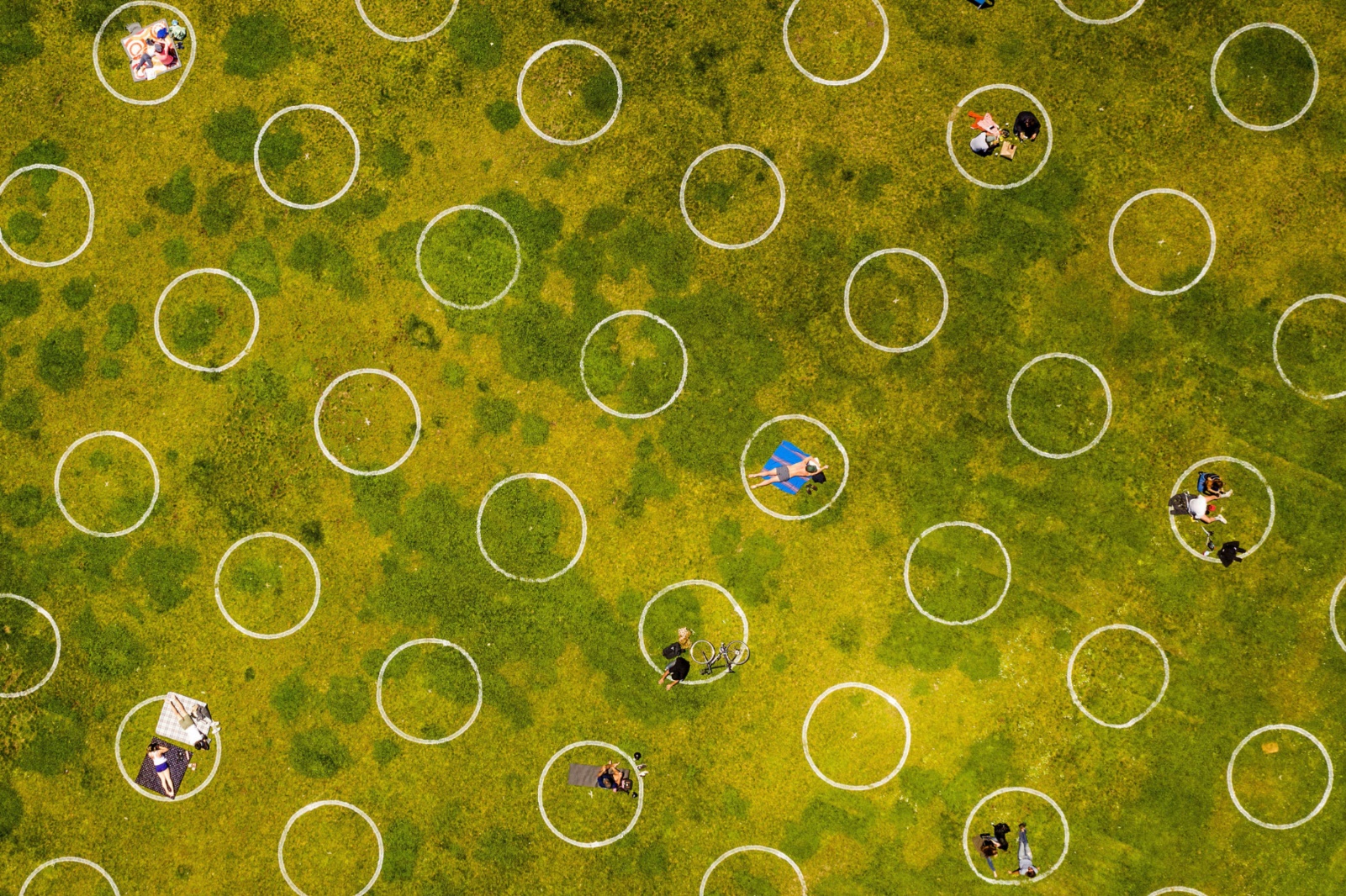 Last May, with Memorial Day weekend approaching and a sunny California forecast, local governments decided to implement social distancing guidelines to help people stay at a safe distance from each other when outdoors. . Memorial Day is a federal holiday in the United States. This day is the last Monday of May. This day commemorates those who have lost their lives in the United States military.

On Memorial Day, American flags fly at half-mast until noon and then return to their normal state for the rest of the day. This day coincides with the first day of summer vacation. Earlier in the day, beaches were closed in Orange County, California, after pictures were released showing parks overflowing with people. After that, large white circles were painted in San Francisco parks to reinforce and promote social distancing. To reopen public spaces, recreation areas, and parks, San Francisco painted large circles on the park grass so people could sit comfortably, relax, and enjoy the park environment.

“Social distancing” is an action taken by public health authorities for some non-pharmacological measures, such as infection control, to stop or slow the spread of highly contagious diseases. Social distancing aims to reduce the possibility of contact between infected people and healthy people to minimize disease transmission, complications, and, ultimately, death. According to a report published in the medical weekly “Lancet,” if people in crowded centers observe a social distance of at least 2 meters from each other, their risk of contracting the corona disease will be significantly reduced.

Also, this research shows that if people are 1 meter away from each other, the risk of contracting the coronavirus will decrease by only 2.6%, but keeping a distance of 2 meters can reduce the risk of contracting the disease by at least 50%. In some countries, keeping a distance of one meter to one and a half meters is recommended. Still, the evidence shows the significant effect of maintaining a distance of at least 2 meters. Social distancing, along with the use of masks and other health protocols, is essential to help people spread the coronavirus a little easier. 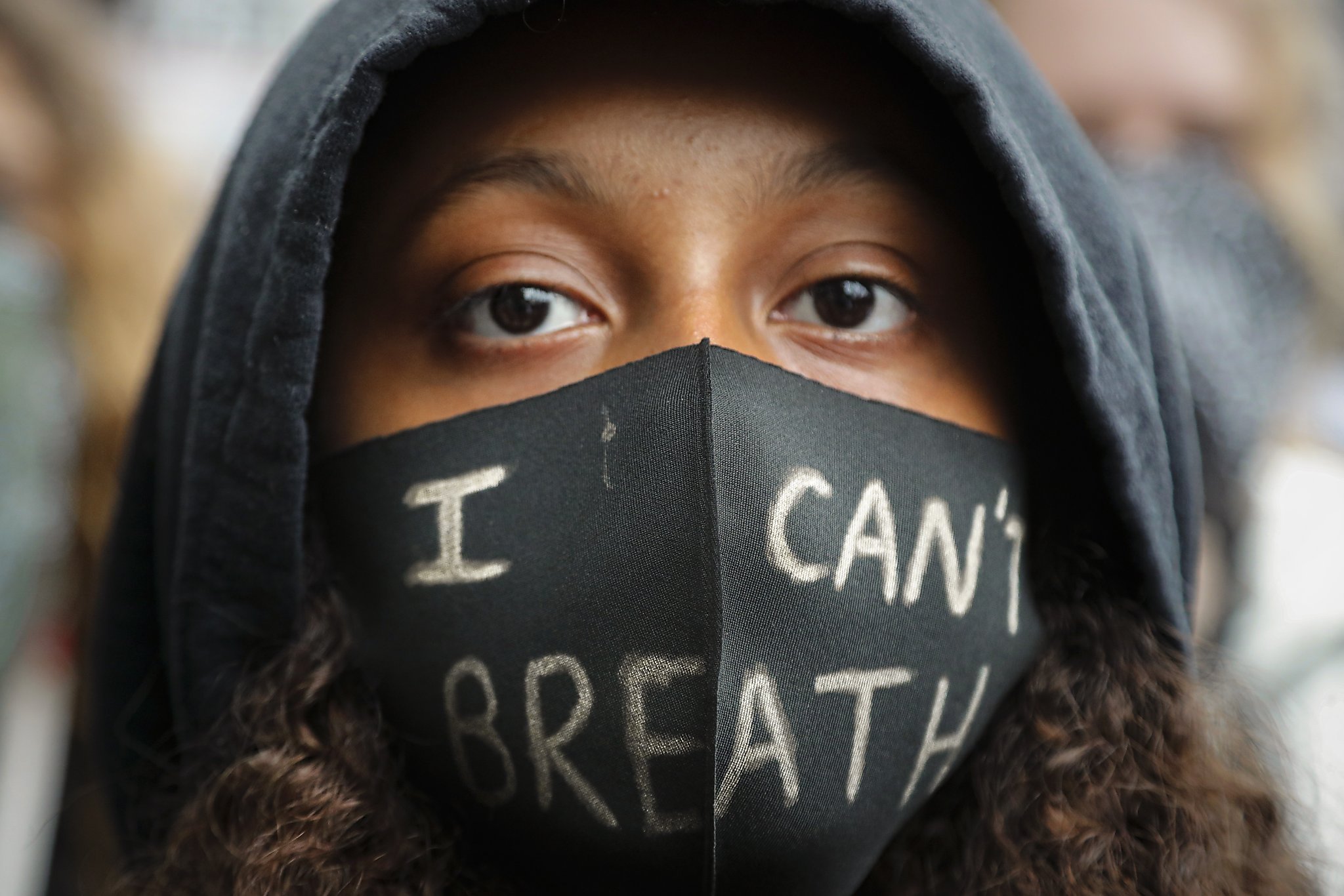 In the days of nationwide protests against the killing of George Floyd by police officers in Minneapolis, America, a girl wears a mask while gathering at the “Black Lives Matter” protests in London’s Parliament Square. A show that says: I can’t breathe. 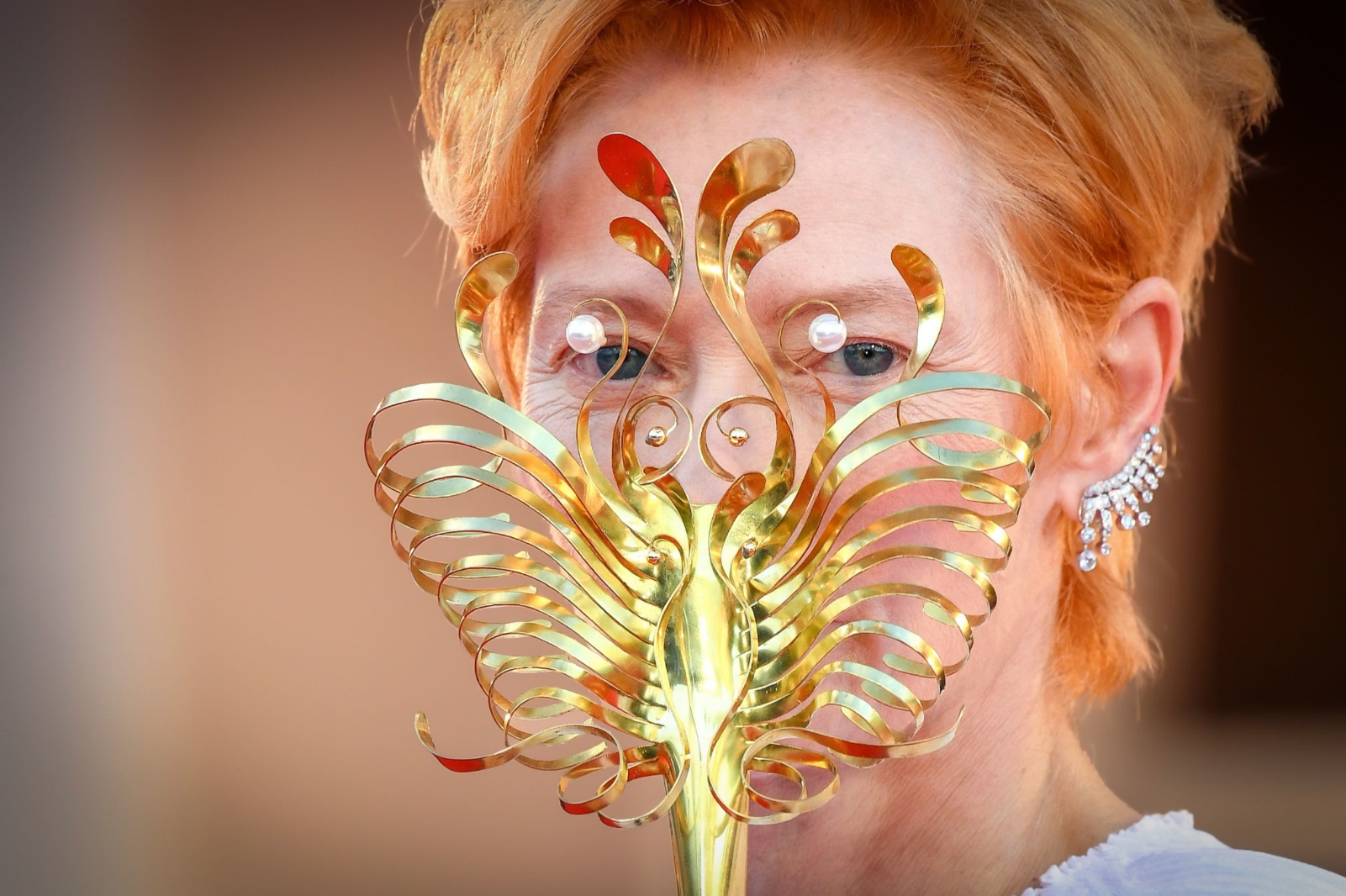 If you look at the top 10 photo collections, the themes of Covid-19 and Black Lives Matter are the dominant images in this collection. Many famous people are not present in this photo collection. However, a picture of Tilda Swinton at the 77th Venice International Film Festival is obvious. This festival started seven months after the spread of the coronavirus all over the world. The Venice Film Festival was also considered the first significant film event in the world that started physically and according to strict health measures. At this festival, Tilda Swinton received a golden lion award for her lifetime artistic achievement. At first glance, it might seem like Tilda Swinton is holding a butterfly gold art form or statue of herself, But it is not. This beautiful butterfly is a symbol of the mask he has symbolically used to promote the culture of wearing a show during the days of the spread of Corona. 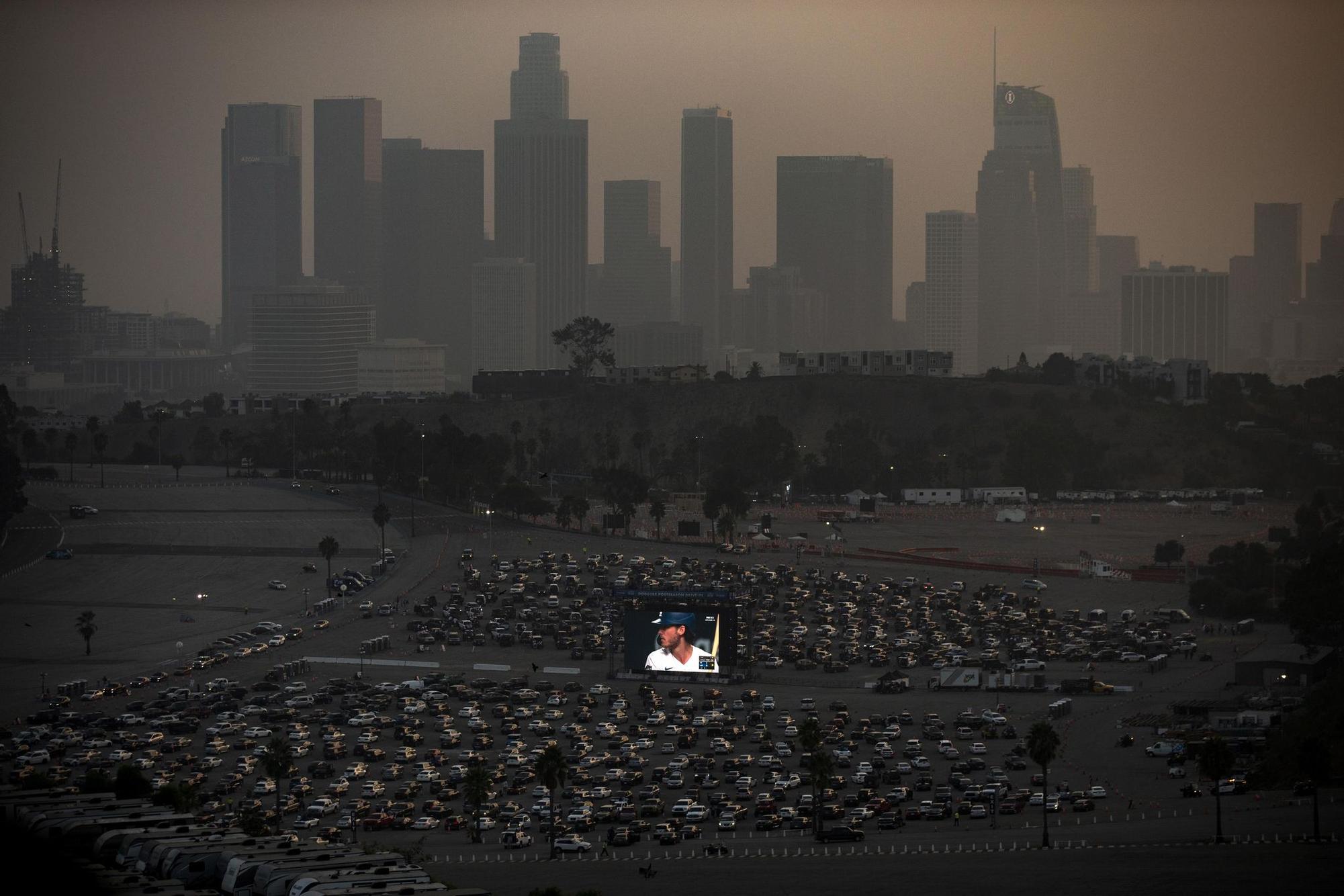 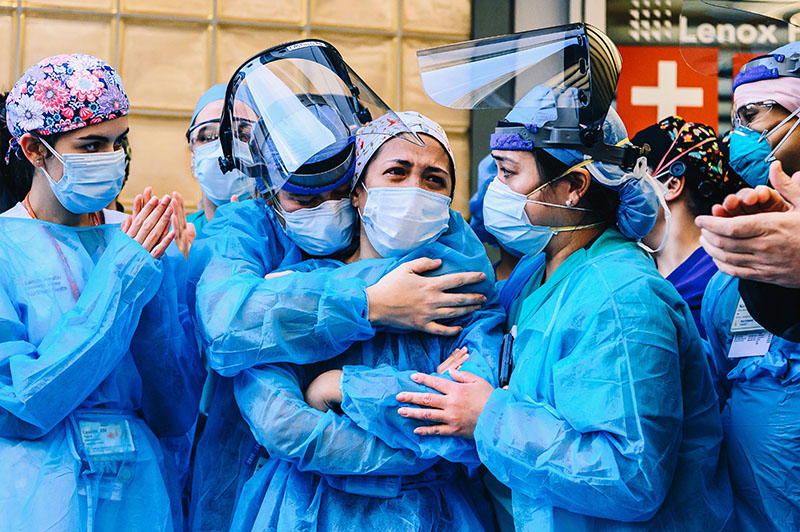 Doctors, nurses, and medical staff bear a heavy burden on the front line of the fight against Corona, and the people of the world appreciate them in different ways. All over the world, nurses are involved in the global corona epidemic. This job has severely damaged their mental and physical health, and many have lost their lives due to this disease. In this image, registered at Lenox Health Greenwich Village Hospital in New York, doctors and medical staff can be seen in front of the hospital, where people started cheering and clapping at seven o’clock in the afternoon to thank the medical staff and the medical staff on the front line of the Corona epidemic. 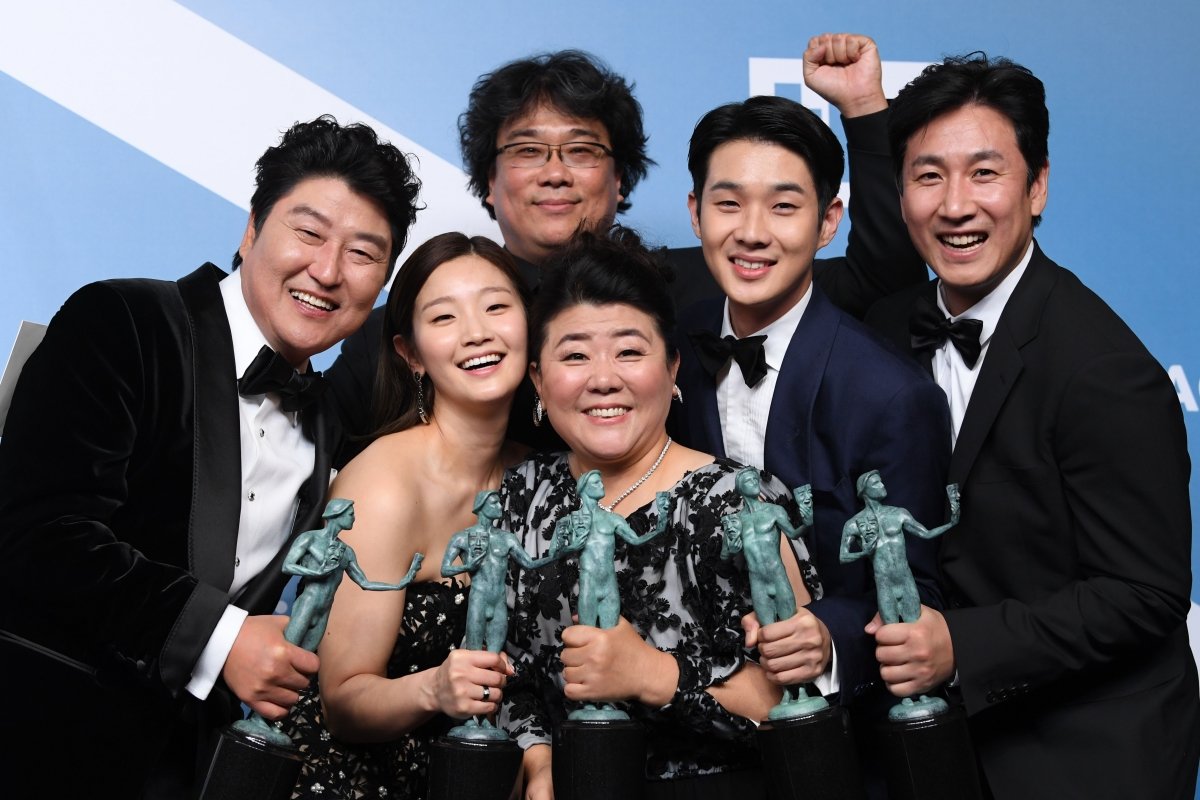 The Korean film Parasite, directed by Bong Joon Ho, shined by receiving four major awards at the 2020 Oscars. This film won the Oscar for best and best non-English language film simultaneously. A success that is unprecedented for a non-Hollywood film. Perhaps even a year ago, it was unheard of to think of a non-English language film simultaneously winning the Best Picture Oscar. The parasite had a budget of 11 million dollars and grossed around 137 million worldwide. This movie has become the best-selling Korean movie in Indonesia, with 500,000 viewers.

Bong Joon Ho is one of the most famous directors in Korea. Its actors include Song Kang-ho, Lee Soon-Kyun, Cho Yeo-Jeong, Choi Woo-Shik, and Park Soo-dam. In the main section of the 2020 Oscars, this film won three awards: Best Director’s Film, Best Foreign Film, and Best Original Film, and it won the Palme d’Or at the 2019 Cannes Film Festival. His successful films include Memories of Murder in 2003, Mother in 2009, and Snowpiercer in 2013. 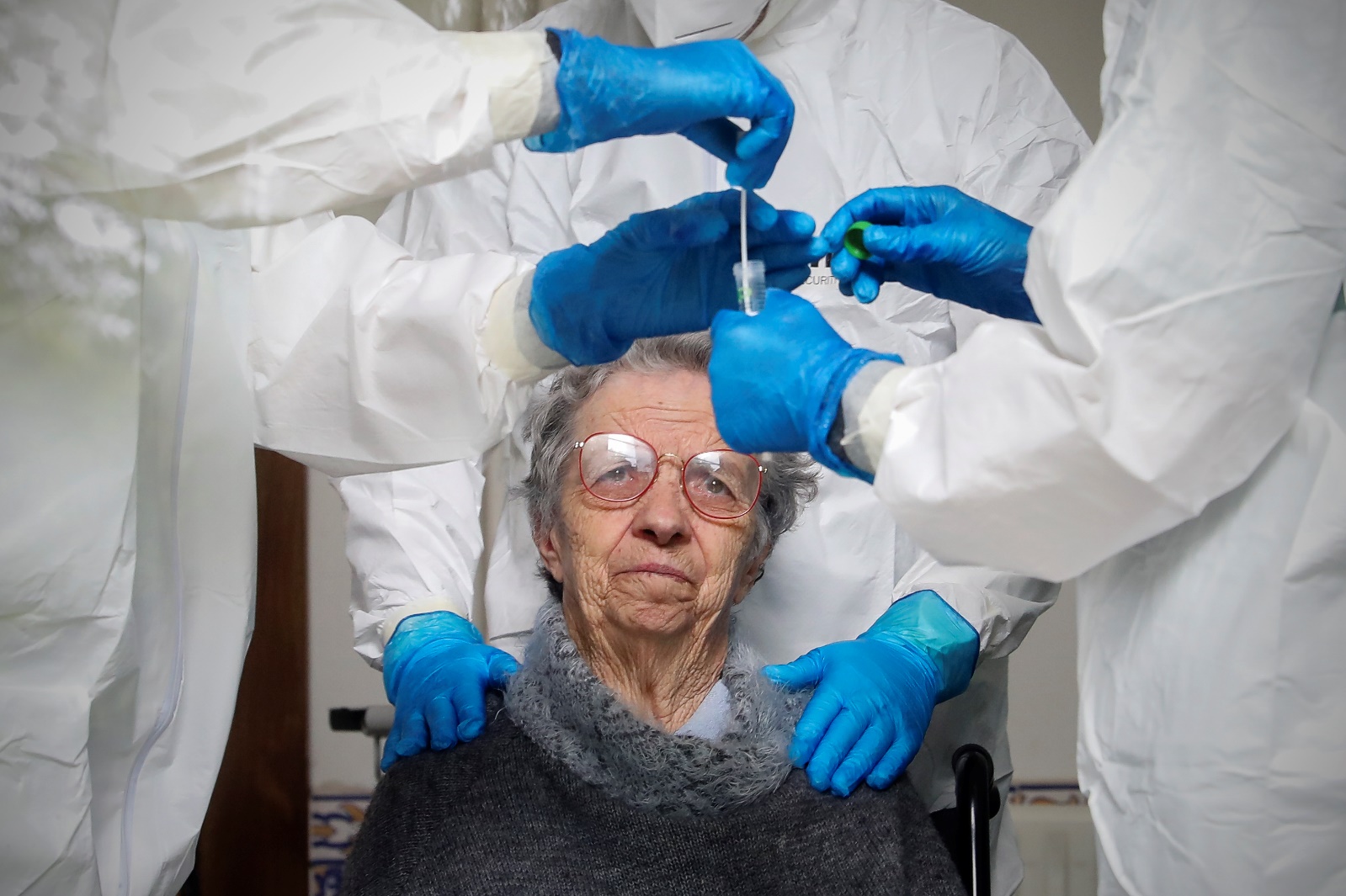 An older woman undergoes a COVID-19 screening test at the Comendador Joaquim De Sa Couto Foundation nursing home in Santa Maria da Fira, Portugal. A test that makes it possible to determine the result of being infected with Corona or not within 24 to 30 hours. This test is carried out under the supervision of teams from the Santa Maria da Fira and Aroca health centers and a hospital in Gaia, where one in five cars from the whole country.

Machines that can perform up to a thousand tests per day.