Geely Is One Of The Most Famous Chinese Automakers, And Its Goal Is To Become An International Brand And Enter The World’s Leading Markets.

So far, several articles have been written about the scope of the company’s work, its subsidiaries, and the number of sales on the pedal.

Geely, with its smart move and the purchase of reputable companies such as Volvo, Lotus, and., In addition to improving the quality of its products, it has also sought to penetrate European markets.

Geely is a familiar name for car buyers in our country, and the Emgrand EC7 sedan has left that happy memory in our minds.

With the intensification of US sanctions against our country, it expects that Geely will no longer be present in the country. Still, Bam Automakers Company introduced our country’s economical sedan called GC6.

However, like most Chinese cars, GC6 had a short life in our country and was no longer produced after a short time (from 96 to 98). Used models of this car are currently available in a limited number on the market, and you may have thought about its specifications and price when you saw it.

That is why we have decided to introduce this economical sedan at your service so that you can become more familiar with it. 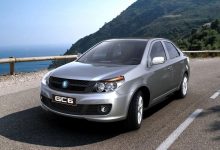 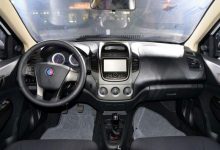 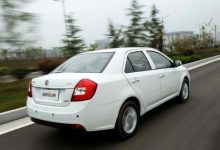 GC6 is one of the old products of Geely, which was produced by the ENGLON branch of this company. It is not harmful to know that the suffix Omgrand knows more luxurious Geely products, although these distinctions are mostly for Chinese customers, and in our country, they are known by their simple names.

Bam Automakers initially and for a short time produced a basic version of this car called Elite, which did not welcome due to its old design and limited features, but quickly started having a facelifted version of GC6 with a better appearance and more equipment. The car underwent improvements in appearance, especially in the front and rear, which made the overall design more attractive. Now join us to see what this Chinese sedan has in its bag. 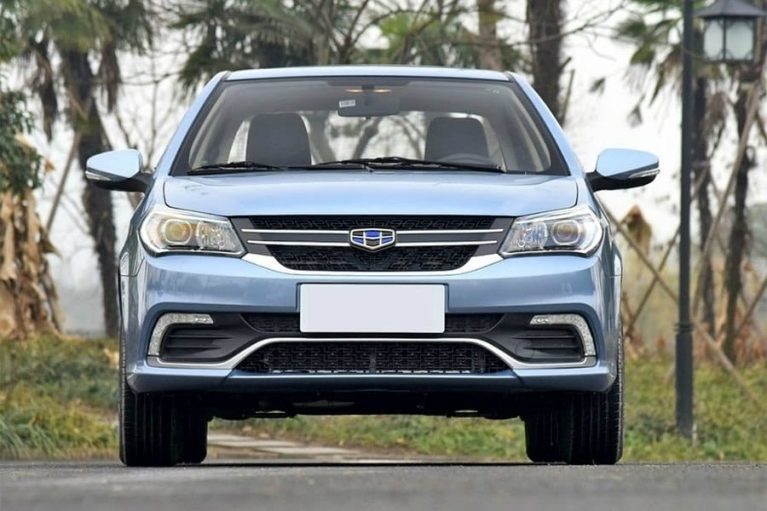 The first thing to do with the GC6 is that you should not expect high-end, modern Geely products. The roots of this economy sedan go back a decade ago, so, naturally, aging dust is sitting on its face. The facelifted version of the GC6 has significant improvements over the previous version. At the front, we see the lights that have benefited from the clear lamp bowl, and the sunlight is complementary to them.

With cheap black trim, the price of the elite version has also been replaced by better windshields with the Geely logo, and the bumper has a more sophisticated design. There is not much change in the side profile compared to before, but the problem is that the rims and tires are small compared to the whole body; in the rear, new LED lights remind us a bit of EC7. 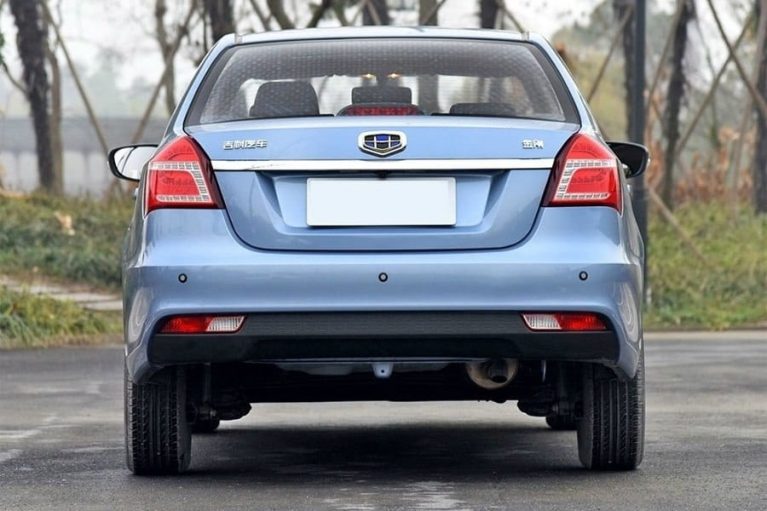 Overall, the design of the GC6 Facelift is much better than the Elite model and will be acceptable. Although the creation of this Chinese sedan has little to say compared to the products of the day, it looks like a new face among the vast number of old cars that we see on the street every day.

The interior design of Geely GC6

Designers have tried to create a beautiful cabin with soft lines, which has been somewhat successful. You will see a better condition when you enter the house than the body. The first thing that catches your eye is the black and brown trim, which conveys a better feeling to the occupant than domestic cars. The steering wheel has a well-designed steering wheel, and buttons are also available. 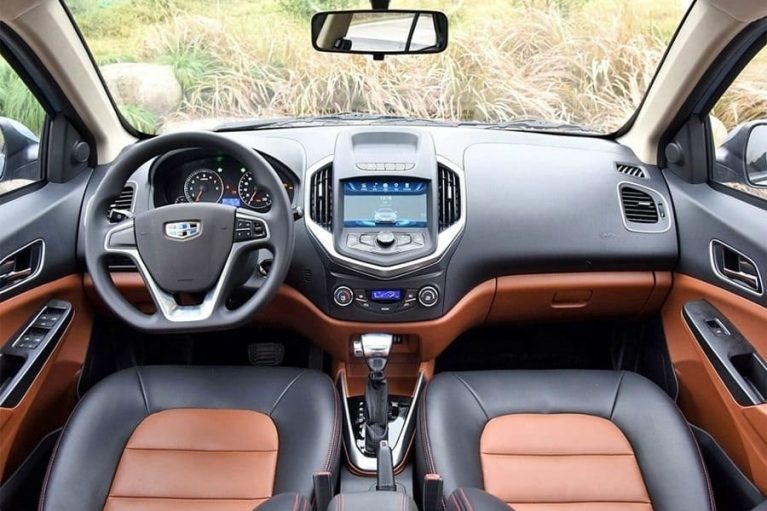 But as we said, GC6 is an economical and cheap sedan in China, and you should not expect much from its material. One of the downsides of the car is the stiff, low-quality plastics that do not live up to our expectations of Geely. Also, the overall space of the cabin is a bit narrow, and in the rear, you will see tall people hitting the roof.

Geely GC6 powertrain and gearbox Customers should not expect too much from the Geely GC6. The 1.5-liter four-cylinder engine produces 105 horsepower and 146 Nm of torque, signaling a focus on the economy and marginal riding. Propulsion power is also transmitted to the front wheels via a 4-speed automatic transmission made by Jatco Japan. In this section, too, everything seems normal.

Although this gearbox has smooth shifts, due to its high age and relatively long coefficients, it eliminates the excitement of riding and affects the propulsion system’s performance. All of this means the GC6 will accelerate slowly. 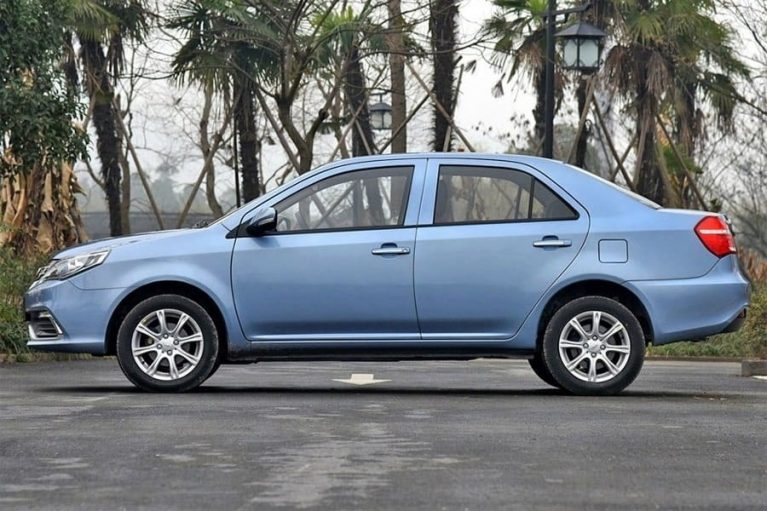 The weight of about 1130 kg and not much power indicate slow acceleration. These are sedans, and to reach a speed of 100 km / h, you need to take about 13 seconds. These confirm the economics of the GC6, and when choosing it, it is better to think only about everyday traffic and not sporty driving! The suspension also has a relatively smooth ride and will satisfy the occupants, but the moderate handling and high center of gravity will make you think again when cornering fast.

Although the Geely GC6 is not a fast car, it also has the advantage of being slow, which will be low and reasonable fuel consumption (about 7 liters per hundred kilometers).

Features and equipment of Geely GC6

As mentioned, the initial and pre-facelift version of this car, known as Elite, was not very popular due to its appearance and low equipment. Still, Bam automakers quickly became involved and offered the Facelift model, which benefits from proper equipment. The kit of this car includes a sunroof, touch screen, air conditioning, Delight, seats with leather upholstery, disc brakes on all wheels, two airbags, and. In the table below, you can see the features and equipment of GC6.

Suppose you are looking to buy a GC6. In that case, you should look for it in the secondary market. By looking at different ads and depending on the model, function, and cleanliness of the car, you should consider budgets between 340 and 410 million tomans for it. Production of this car in our country did not last long and ended after about two years of assembly.

Considering the body shape, classification, and price of GC6, it can say that this car has competitors such as Saipa Ario, Brilliance H230, Pars Automatic, Bed B30, and.

Pars Automatic may not be very popular with buyers in the first stage because its appearance is not different from other versions, and it suffers from an old platform and low equipment. Of course, the positive point of this car is the relatively better sales market and the abundance of spare parts. Although the Brilliance H230 has a better need than the Geely, the specific type of gearbox may not suit some tastes. The Ario is a more spacious and family-friendly car, although production has stopped. The B30’s bed is similar to the GC6 but also benefits from relatively good after-sales service, a more cohesive design, and an acceptable technical set. Among these competitors, the B30 may be the best car in the whole vehicle, although its non-production is also a point that must consider.

Advantages and disadvantages of Geely GC6

After a detailed examination of the Geely economy sedan, a clear conclusion can draw about this car’s strengths and weaknesses. Depreciation and low fuel consumption, good interior design, good equipment in the full model, and relatively spacious cargo space and some of the advantages of this car, while disadvantages such as controversial design, acceleration, cramped cabin space, especially in the rear, old gearbox and slow. Limited after-sales service and spare parts are ubiquitous in small towns.

Of course, the situation will be different if you compare the GC6 with domestic competitors. If you are familiar with other modern and high-end products of Geely, you will consider the GC6 sedan a standard car. This economy sedan focuses on borderless and everyday riding; if you can cope with its nature, you will not have a problem.

The Geely has produced sedans with low depreciation, acceptable quality, and sound equipment. However, there are weaknesses such as cumbersome acceleration, poor quality of materials used, and limited access to spare parts. Since the production of GC6 is over, you should be more careful in buying it so that you do not face any further problems in the second-hand market and finding parts.