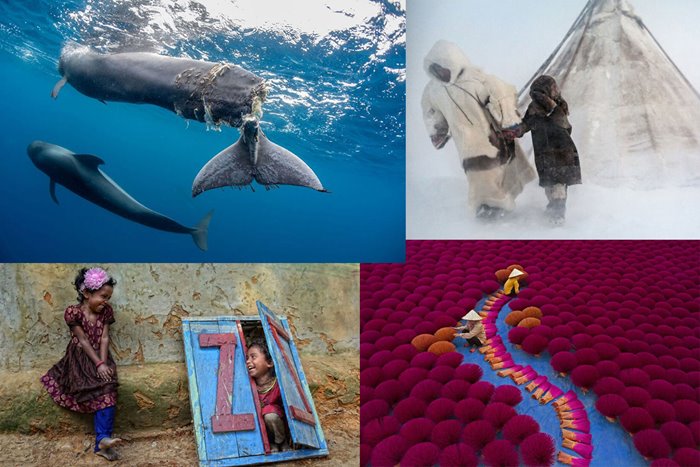 The Selected Works Of The Siena International Photo Festival Were Published Online, with Eye-Catching And Unique Images That Depict Wildlife And Human Life.

A few years ago, to link a beautiful city like Siena to a photography competition, a fascinating adventure called the Siena International Photo Awards began.

In the past six years, the said project has become more famous and a highly anticipated event and is welcomed by people worldwide.

This success is confirmed by the number of submitted images and the continuous participation of internationally renowned experts who have chosen to work on this project; Therefore, the mentioned event is among the biggest photography competitions in the world.

One of the reasons for the continuation of this race is the support of the local authorities of Siena and private partners, which made this fascinating adventure not stop and continue with enthusiasm.

The judges selected the winning image from ten thousand photos submitted by photographers from 156 countries.

The winning photographers’ names and works were announced on October 23.

LaCour, a professional ocean and wildlife photographer who won the grand prize, captured this image in Antarctica, where he is often involved in science projects highlighting the importance of oceans and the preservation of planet Earth.

South African journalist and photographer Brent Stirton won this year’s ‘Best Writer’ award for his powerful storytelling through images and his commitment to covering wildlife and conservation, global health, and the like.

Note: At the bottom of each image, a few lines have been quoted from the language of the artist who recorded the image.

A remarkable work of art in documentary and photojournalism 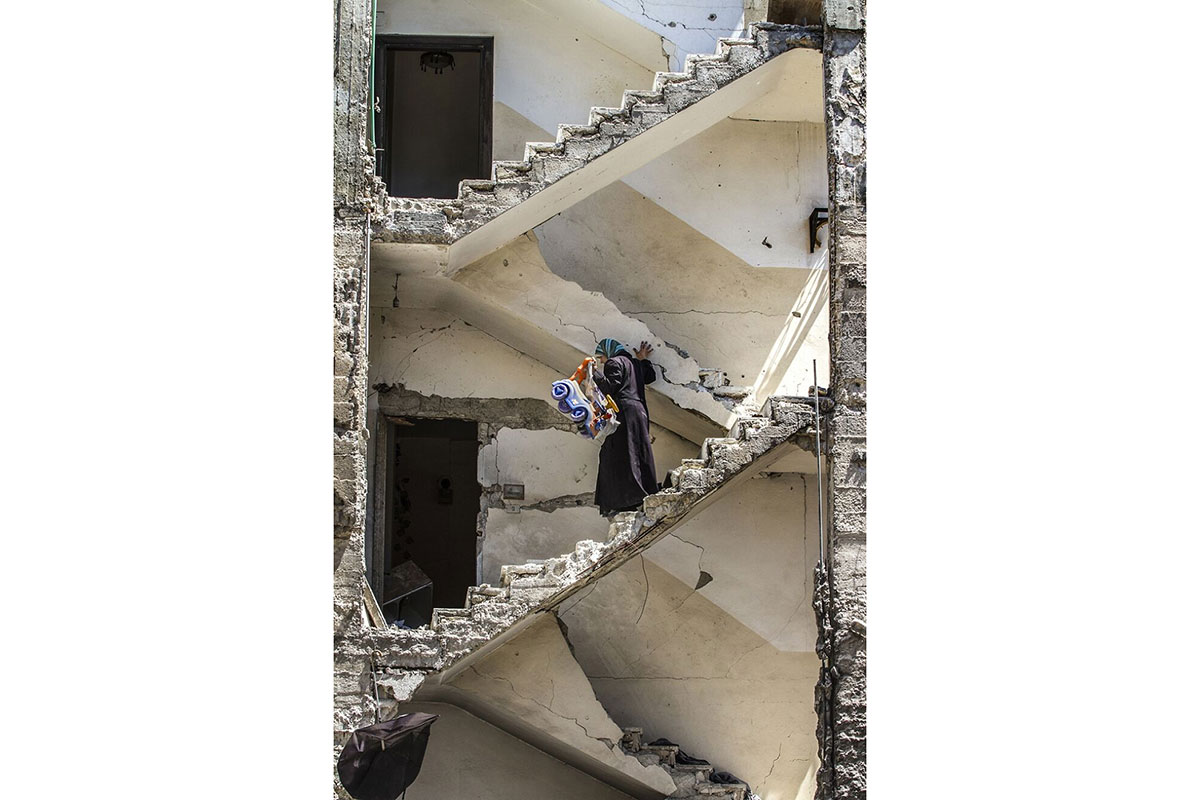 Homs, the third largest city in Syria, was involved in the war for four years. A mother who returned home after the conflict ended found her child’s toy car in their destroyed home.

Honorary winner in the attractive faces and characters category 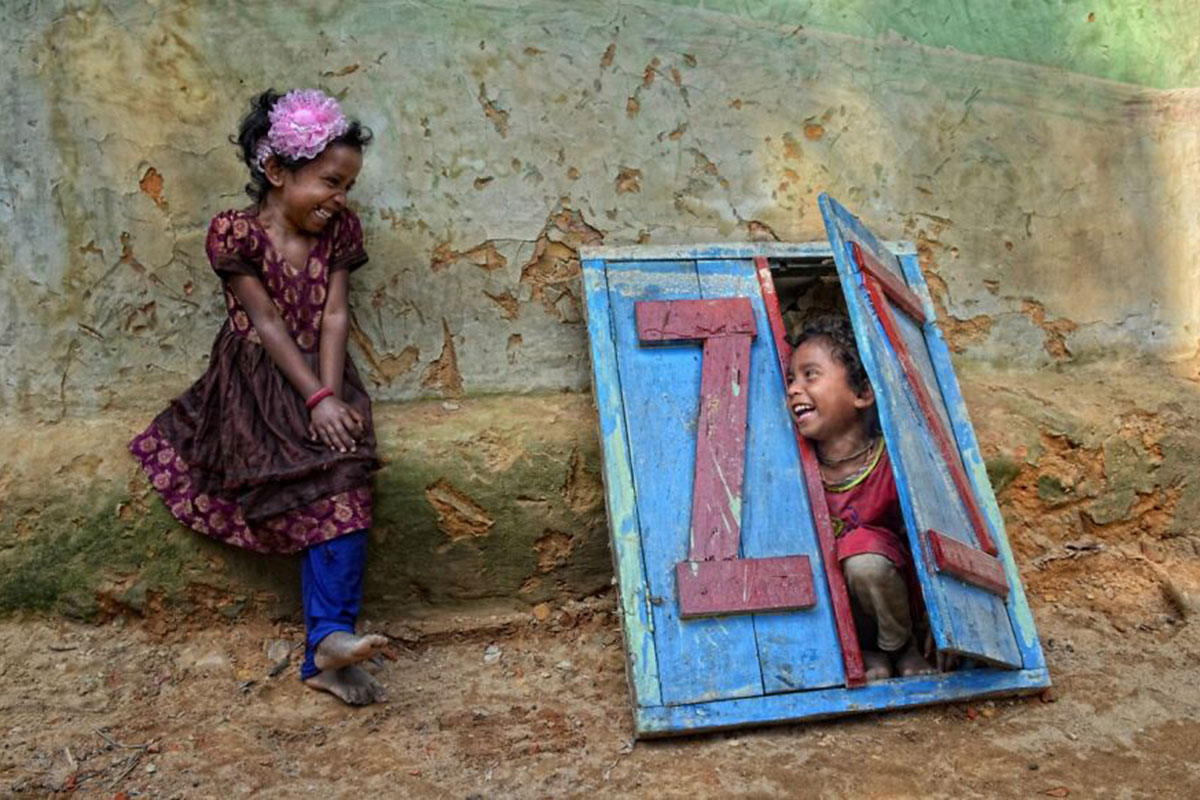 Riya and Seema are two little friends living in Silat, Bangladesh’s tea garden area. Their smiling faces while playing in front of the house reflect their purity.

First place in the animal section in its environment 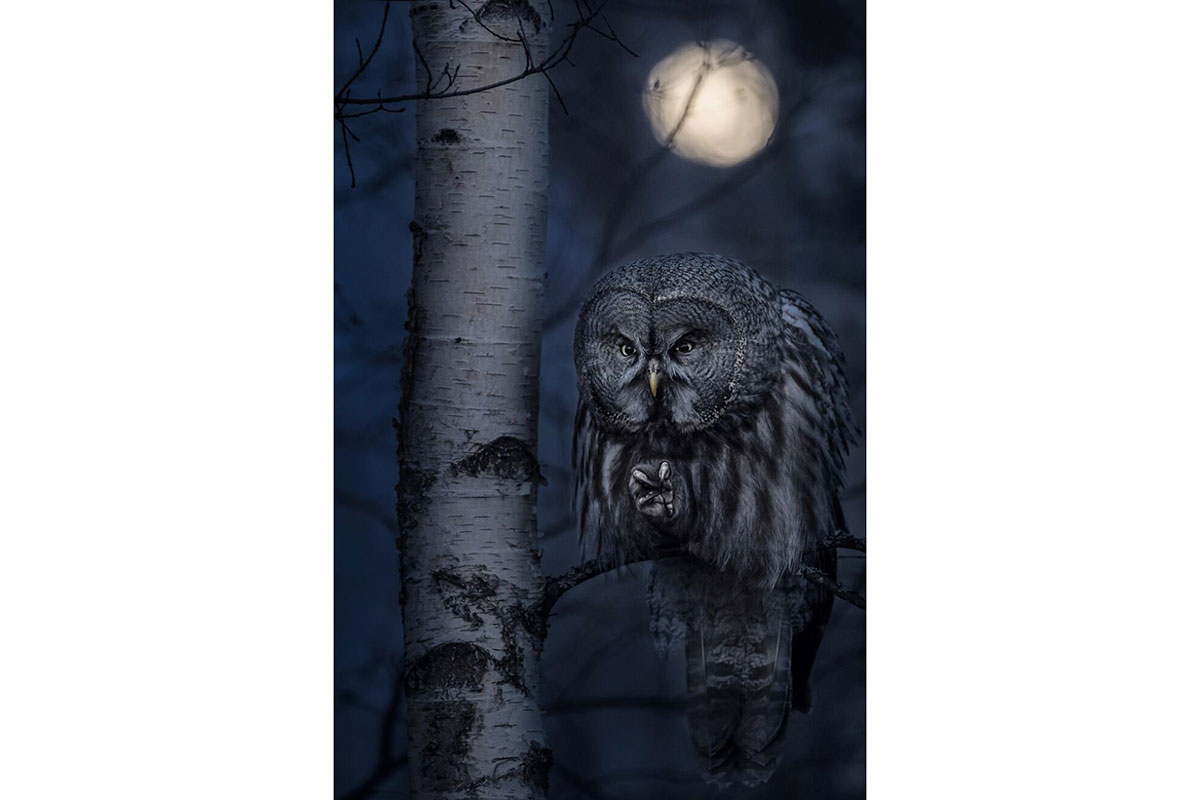 The great gray owl is well known for its high hunting skills. After weeks of working on a story about this owl, I finally had an image representing everything I wanted to show in one frame. I captured this owl under a full moon seconds before it attacked a bird. This creature is truly a nocturnal predator. 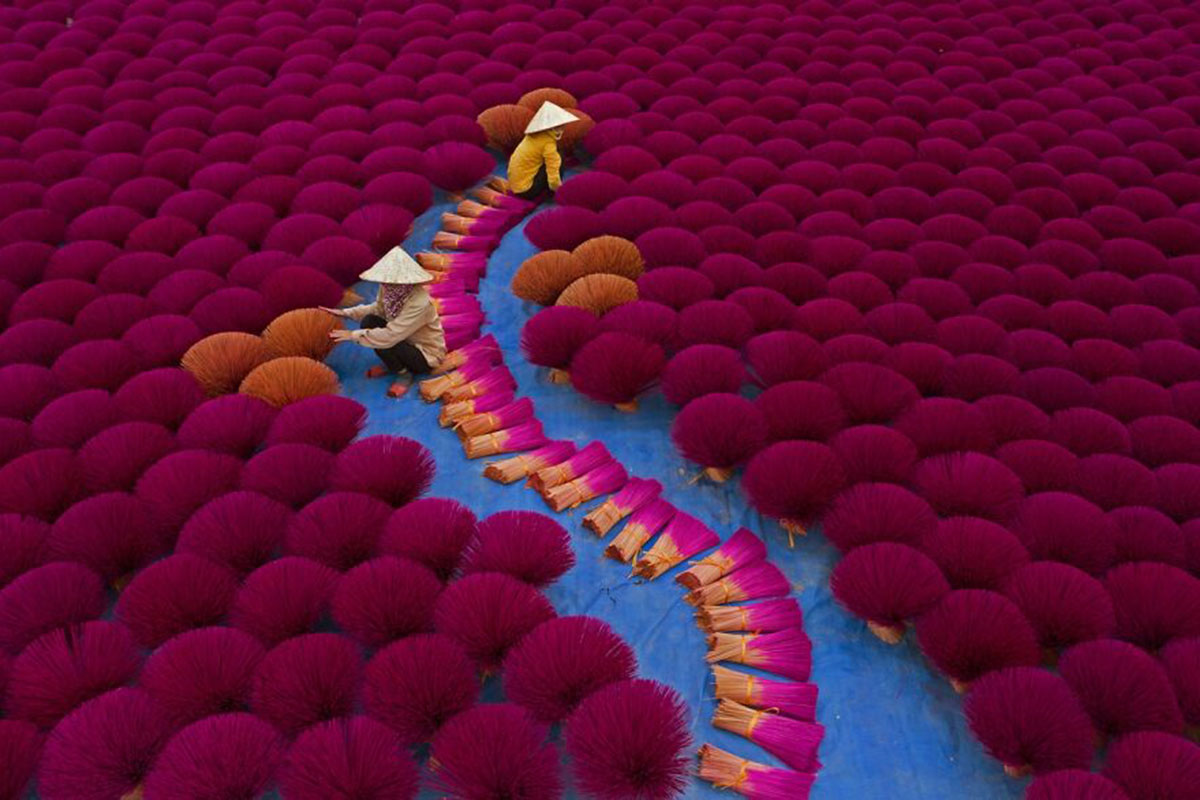 Thousands of incense sticks surround Vietnamese workers in Quang Phu Can, a village in Hanoi, Vietnam, where the fragrant sticks have been traditionally made for hundreds of years. Oud plays an essential role in the spiritual life of Vietnamese people. People use them in all their religious activities. Bamboo bundles are laid out on the ground to dry on sunny days.

Honorary winner of the animal’s section in their environment 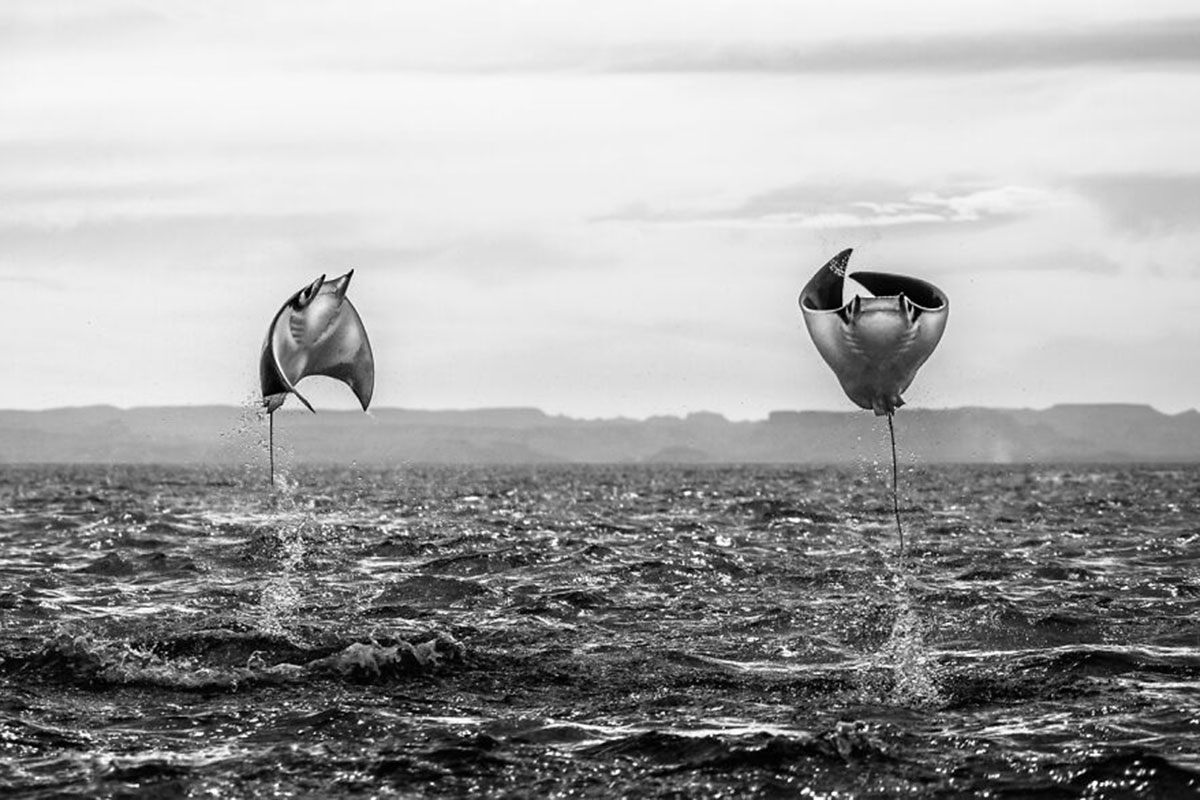 You see a large group of Mobula table fish in the Kotters Sea. As beautiful as they are in the water, these creatures are just as charming in mid-air when they flap their fins like birds in flight.

First place in the architecture and urban spaces department 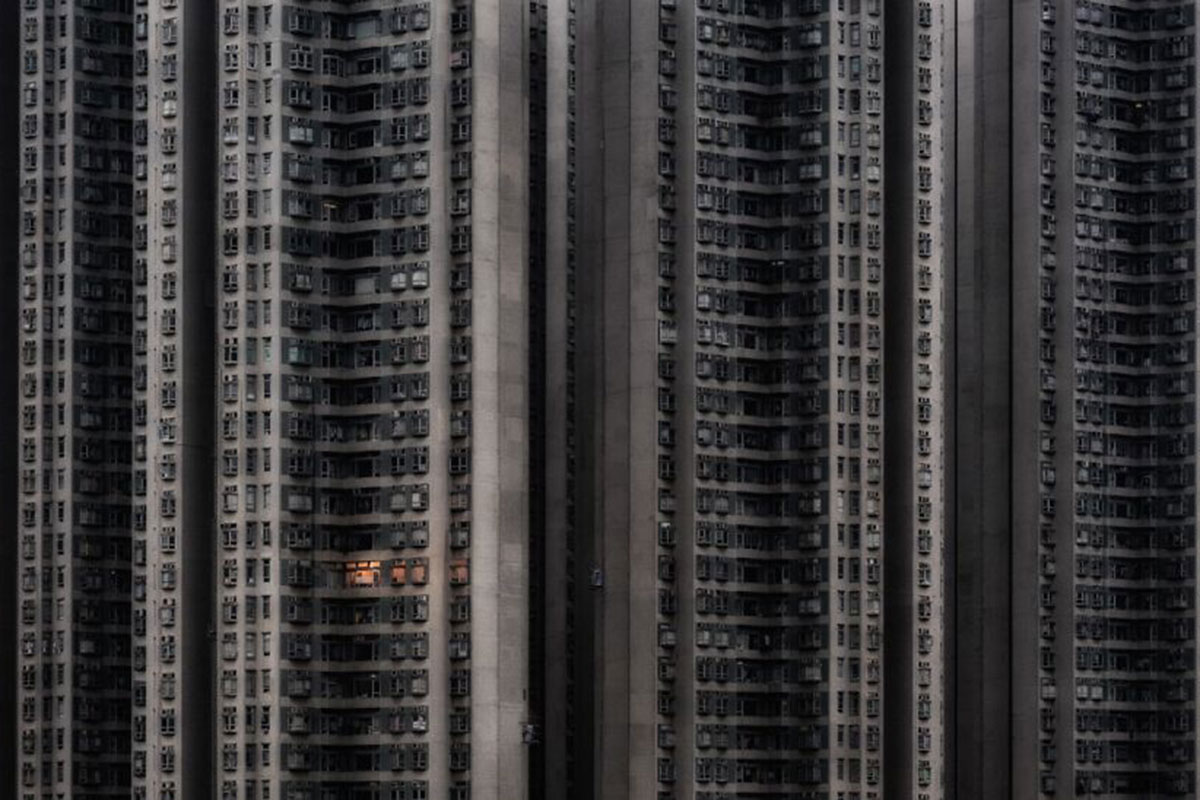 Only the windows of an apartment in Tsing Yi, a densely populated area of ​​Hong Kong, are lit just before sunset.

Honorary winner of the animal’s section in their environment 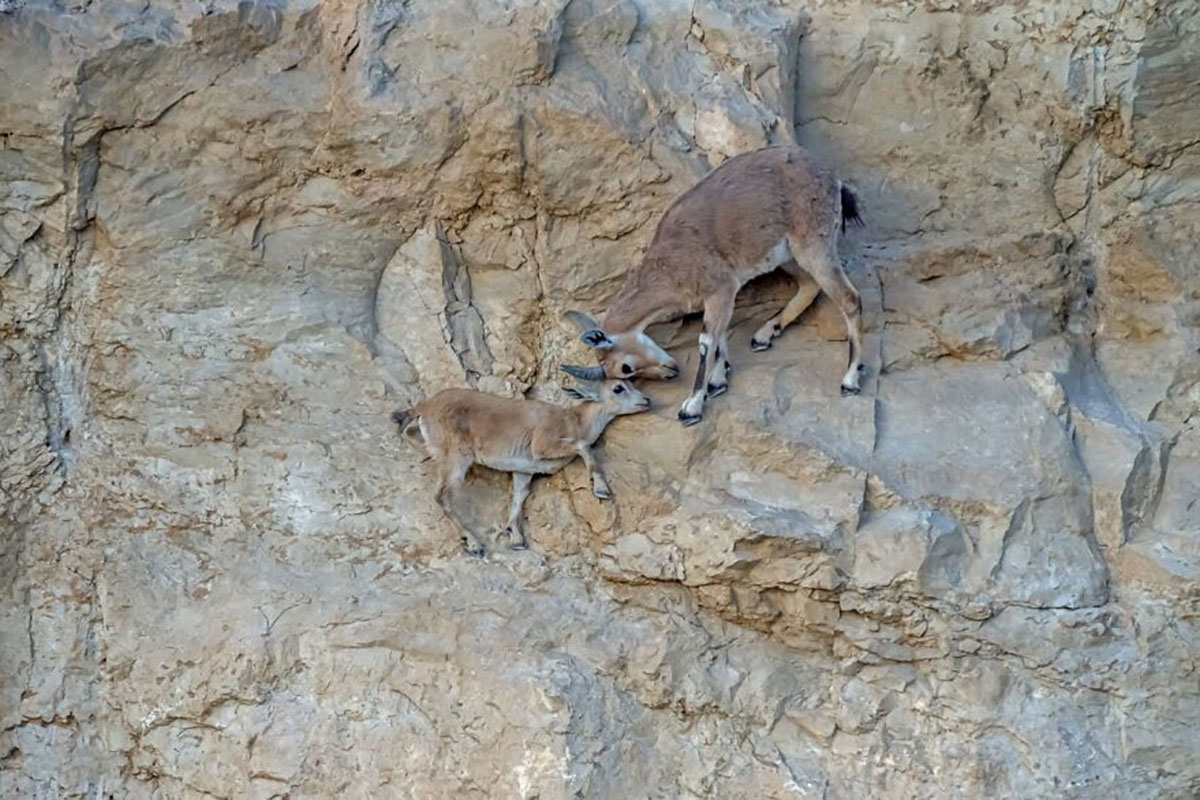 In the Negev desert, a mountain goat looking for food carefully accompanies her one-and-a-half-month-old lamb through a difficult and dangerous passage. 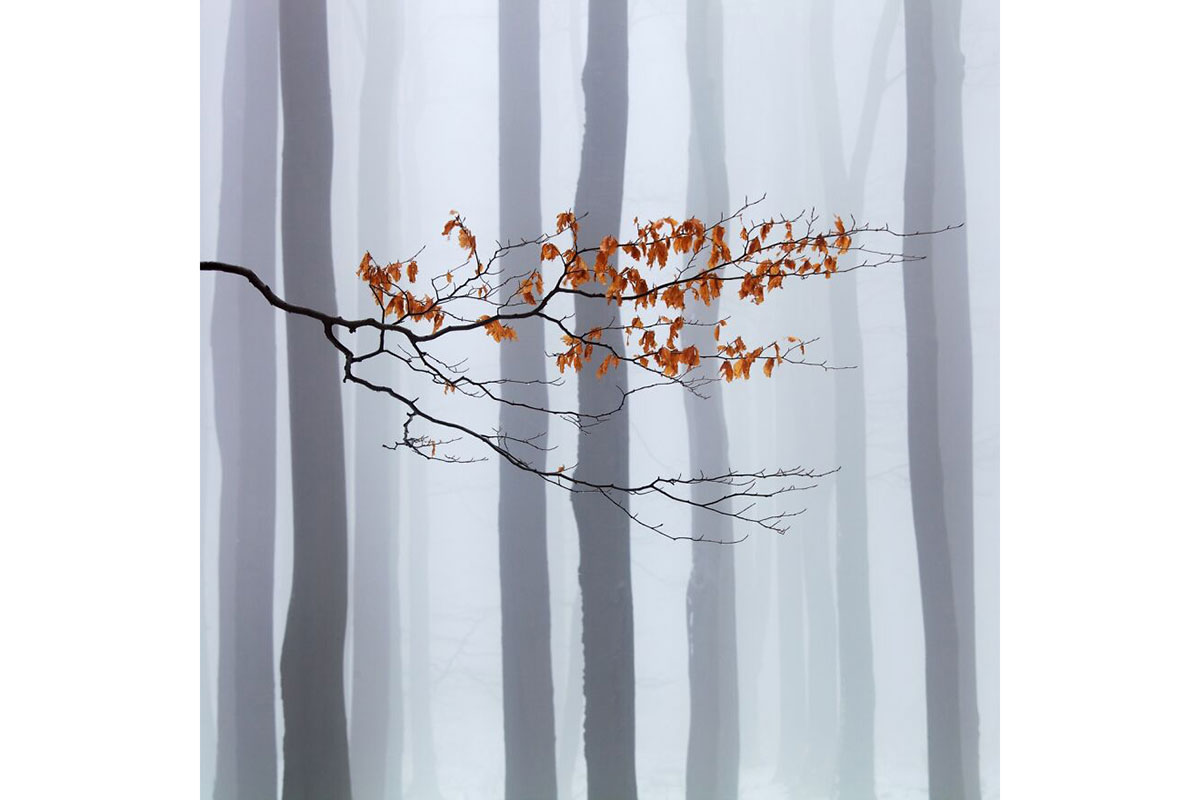 Leaves against the light shade of gray beech trunks in a cold winter forest. This scene immediately caught my attention, and I captured it with a telephoto lens.

The World Is Going Upside Down

The second place of the animal department in its environment 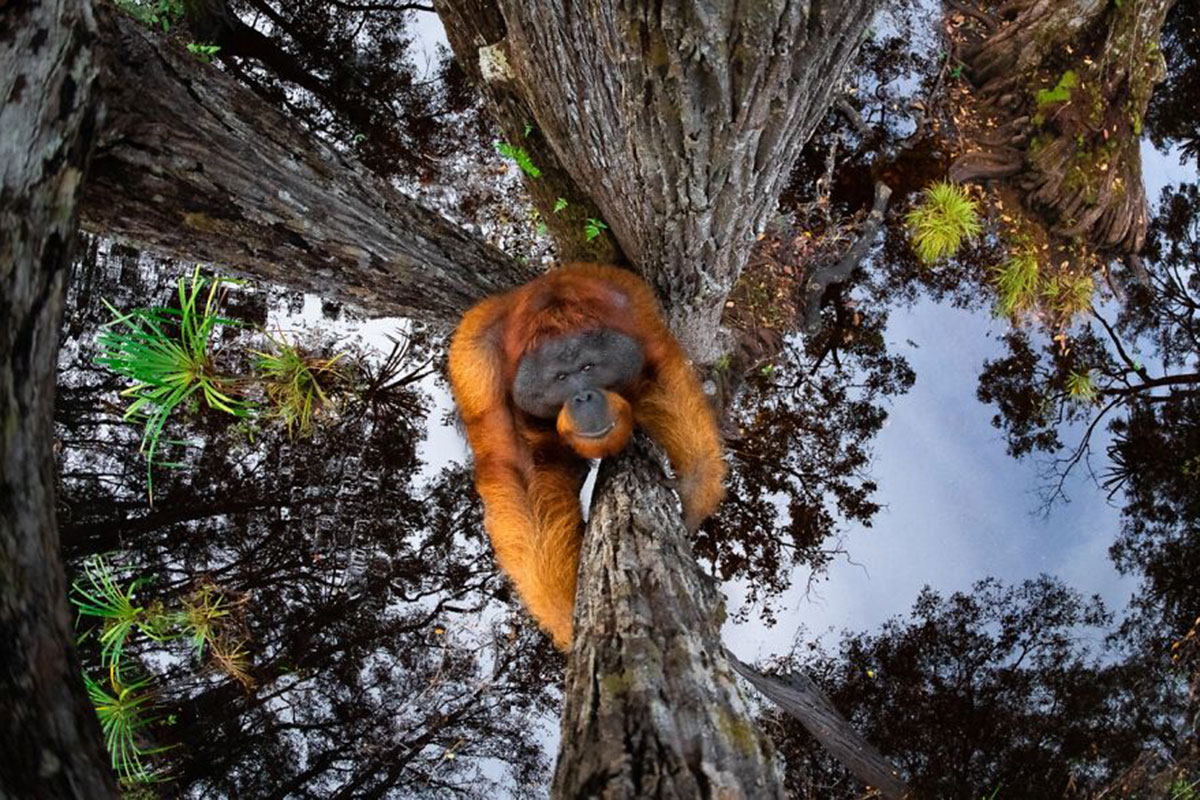 The name orangutan means “man of the forest” in Malay. There are three types of orangutans, and the one in this picture is the Bornean orangutan. Adult male orangutans can weigh up to 200 pounds. Males with flanges have prominent pads called flanges and throat pouches used to make loud calls and communicate.

Second place in the beauty of nature section 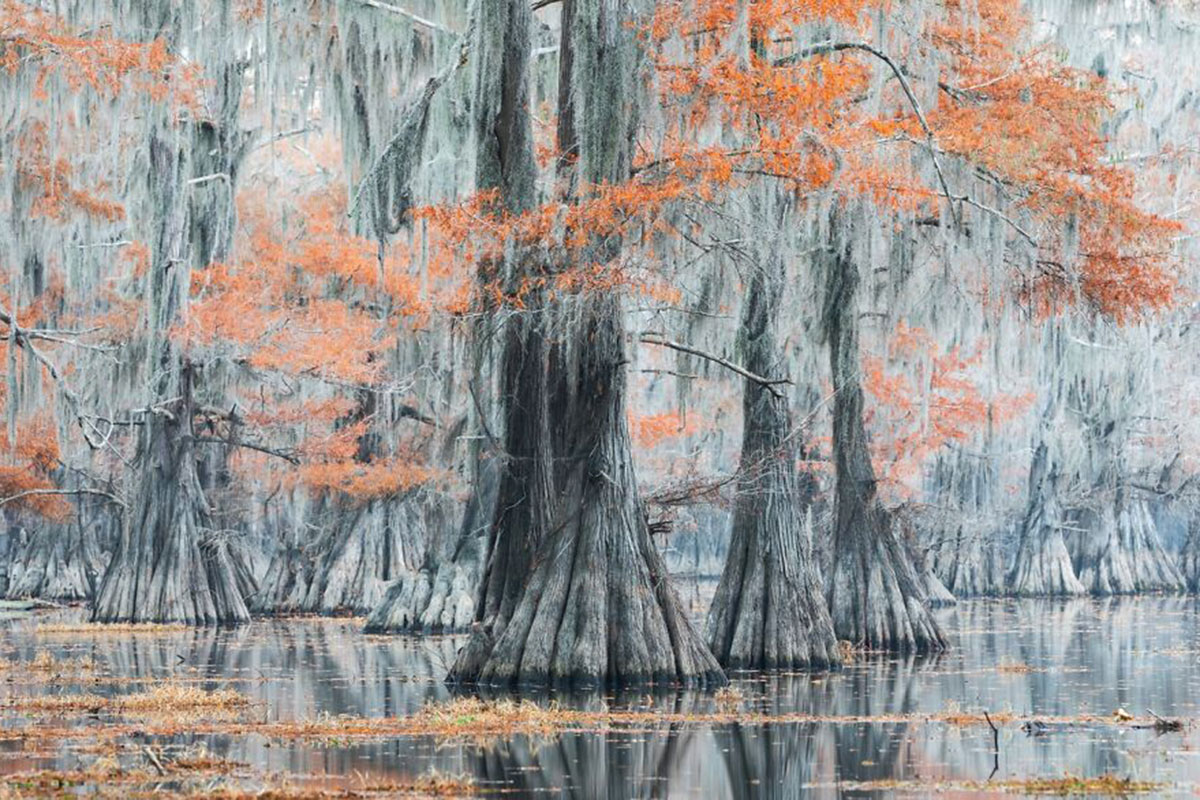 Early one November morning, I was in the swamp looking for the majestic beauty of Spanish moss. The colors of the last days of autumn made the picture look almost monochromatic. Also, the surveyor stood in still water, creating an incredible reflection in the foggy atmosphere.

Second place in the attractive faces and characters section 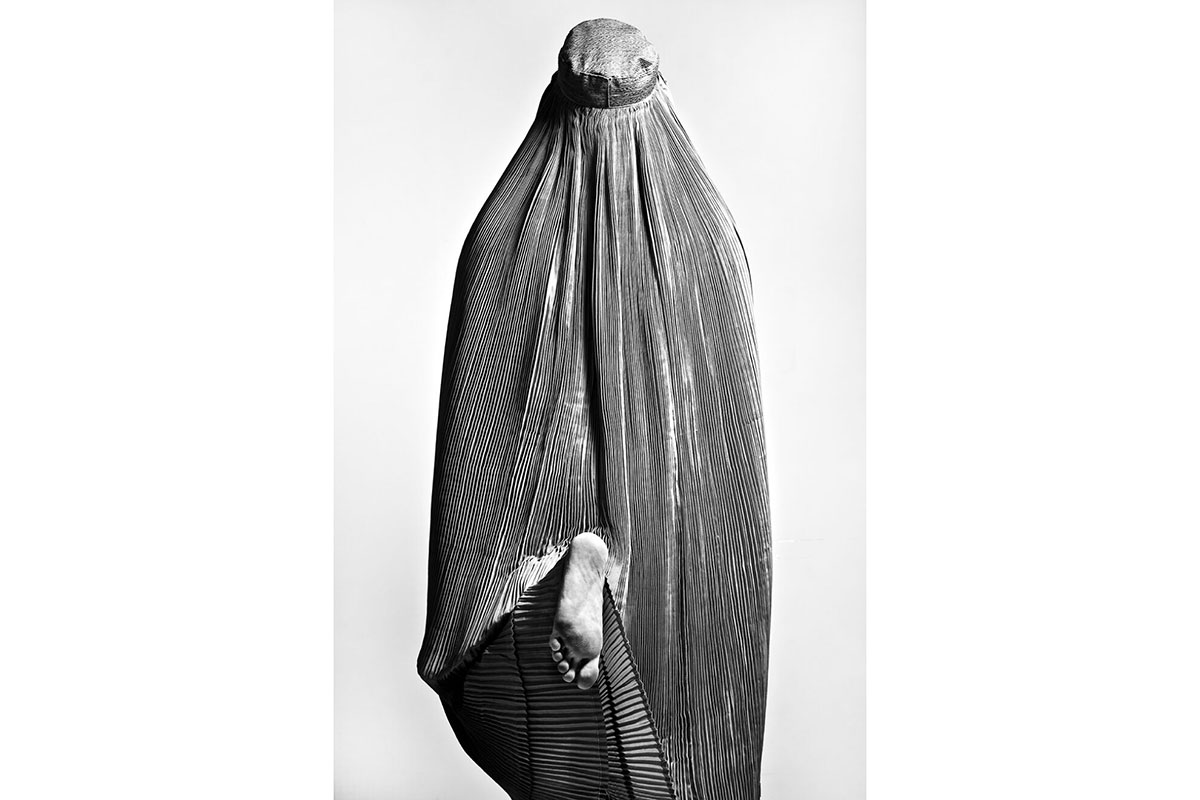 I took this photo in my home studio in Iran while working on a film project about Afghan immigrants living in Iran. This was the first time I saw someone wearing a burqa up close. What struck me when I saw this woman was that I could not see any part of her body except the soles of her feet when she walked. Since I titled this photo with the name “Taboo,” the message I am expressing is the message of rebellion.

Photo of the year winner 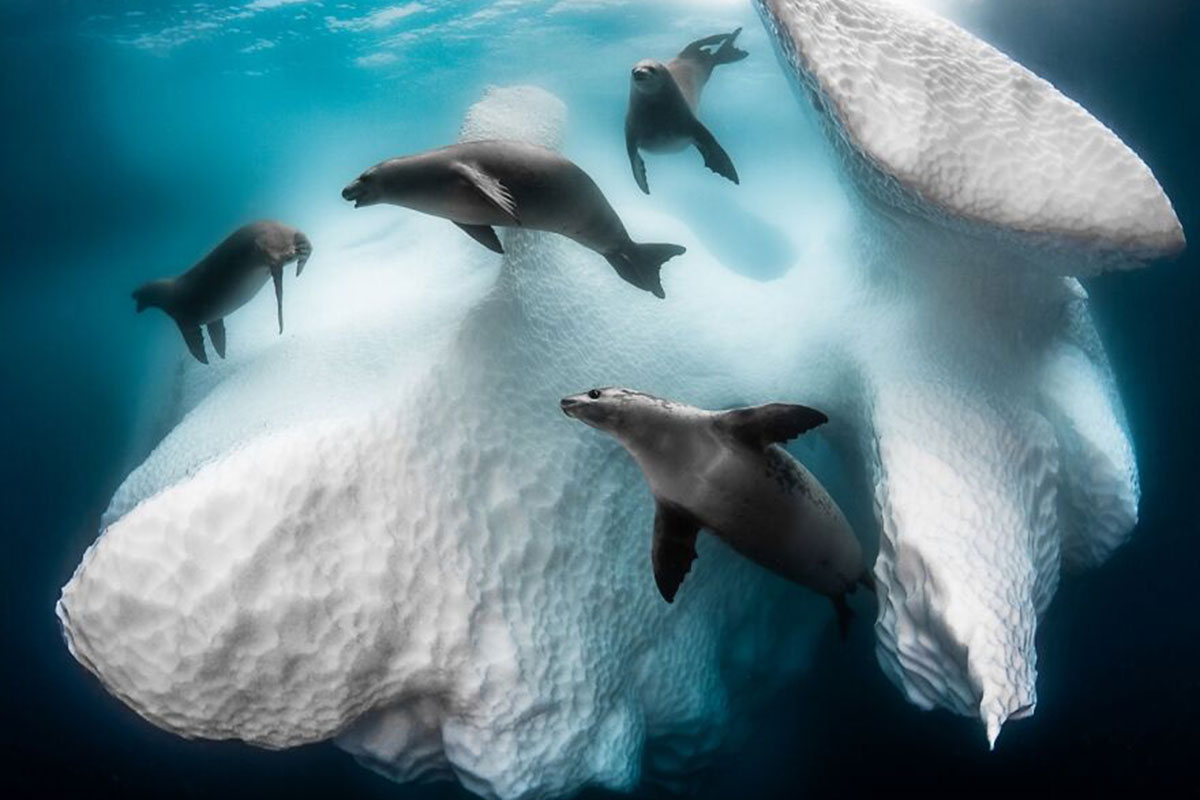 Icebergs are vast and mysterious habitats that protect marine life like a kingdom. Le life to flourish in various ways, including carrying nutrients from land, creating phytoplankton, and influencing the carbon cycle by sequestering carbon dioxide from the air. They alsoAs icebergs are gently churned by polar currents; they fertilize the oceans. Shelter large animals, such as crab-eating sea lions that spend the whole year on the ice floes.

Third place in the architecture and urban spaces department 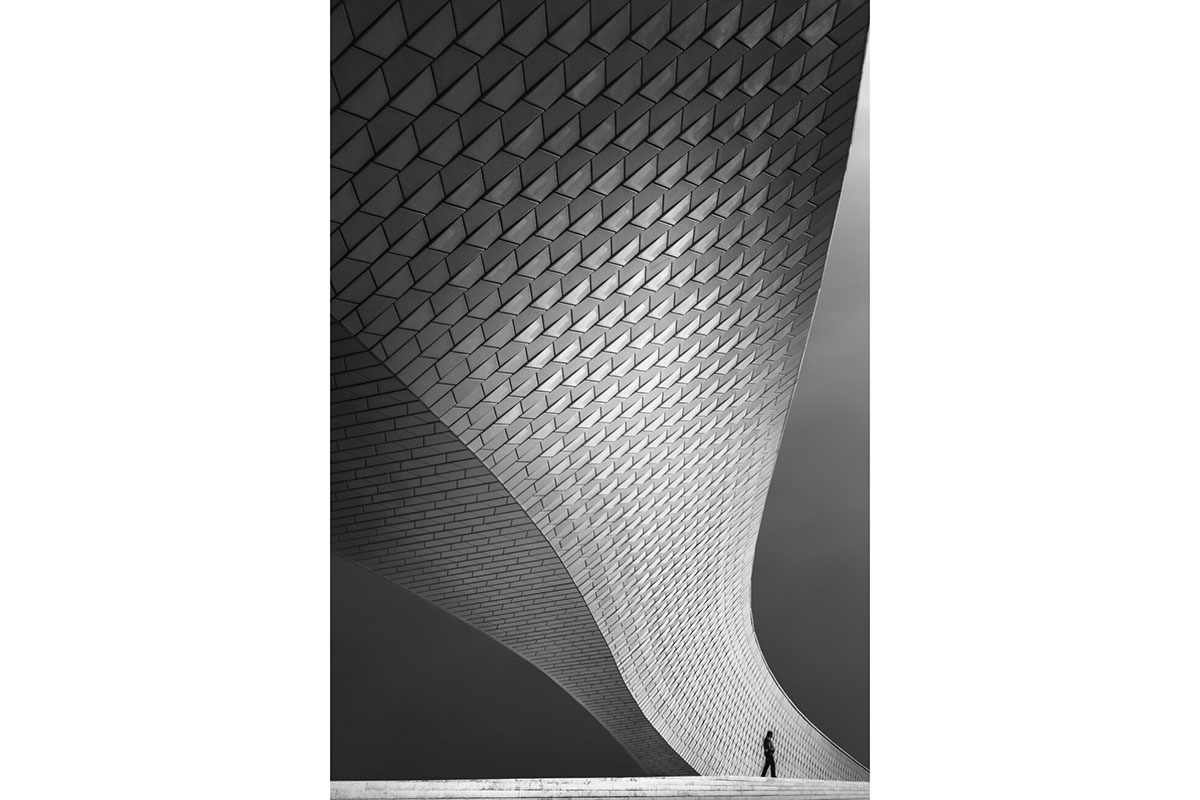 It was very early, and the Maat Museum had not yet opened. But the guard was strolling along the building. There was only a narrow path between the building and the Tejo River, and my feet got wet while taking this picture. 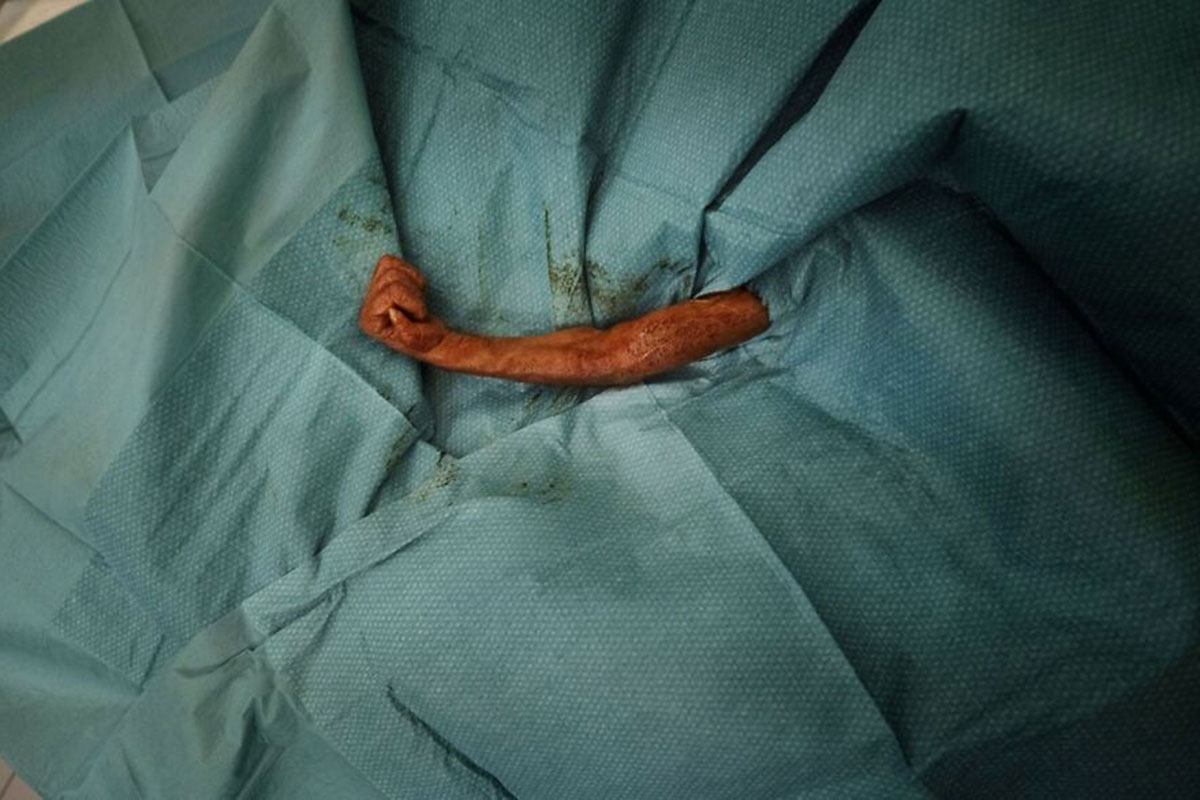 Brenda, a three-month-old female orangutan, is ready for surgery to repair her damaged humerus. Due to the continuous destruction of rainforests due to palm oil plantations, logging, mining, and hunting, orangutans are under threat.

The first place in the sports department in practice 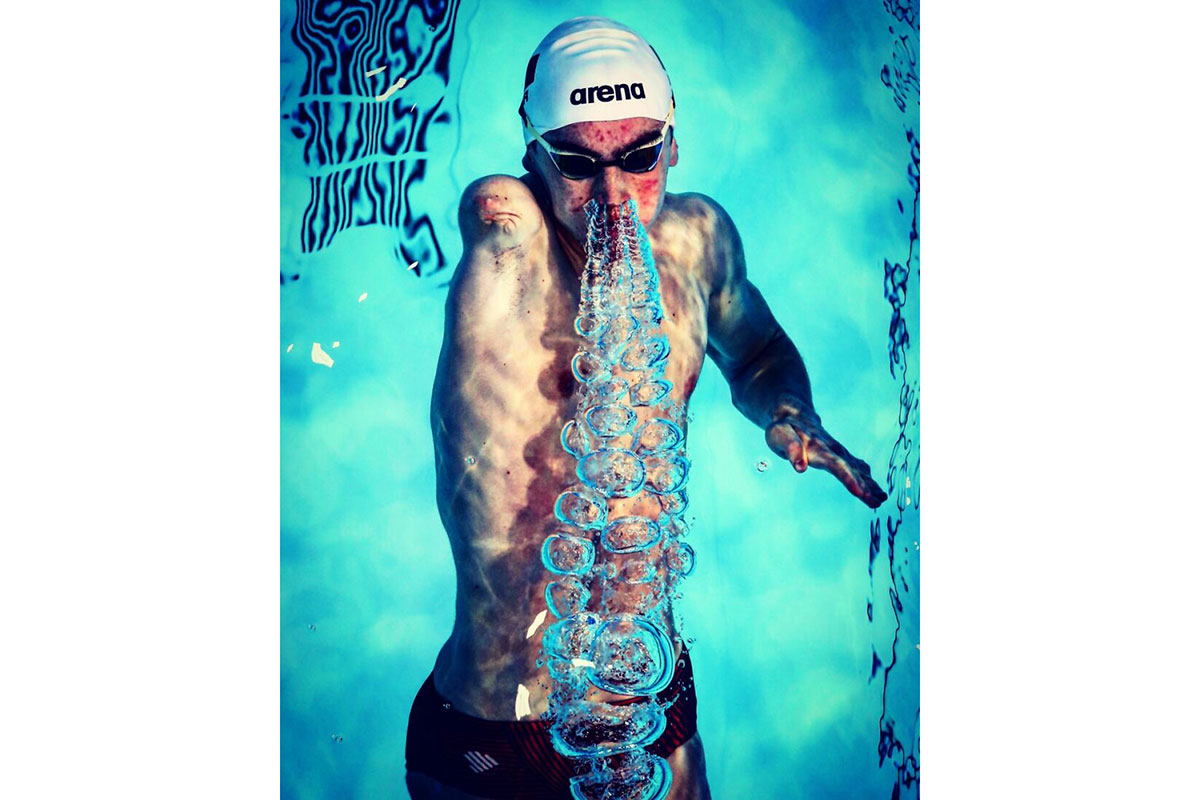 First place in the attractive faces and characters section 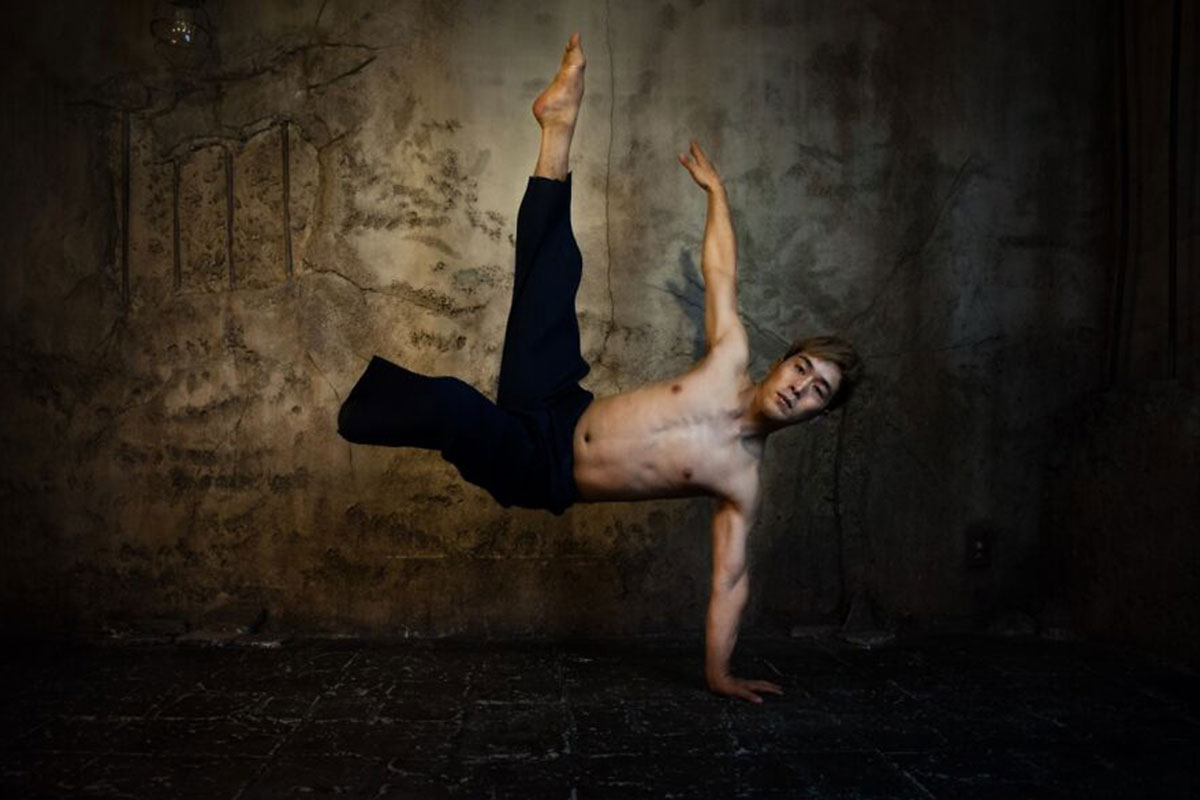 On my way, I met an amputee dancer from Osaka named Koichi Uma. At the age of 23, when he entered his career, a car accident destroyed all his dreams. His left leg was amputated below the knee. Still, with great determination, she decided to continue her career as a dancer, knowing that without legs, she would have to spend much more energy not only performing artistic movements but even walking normally. 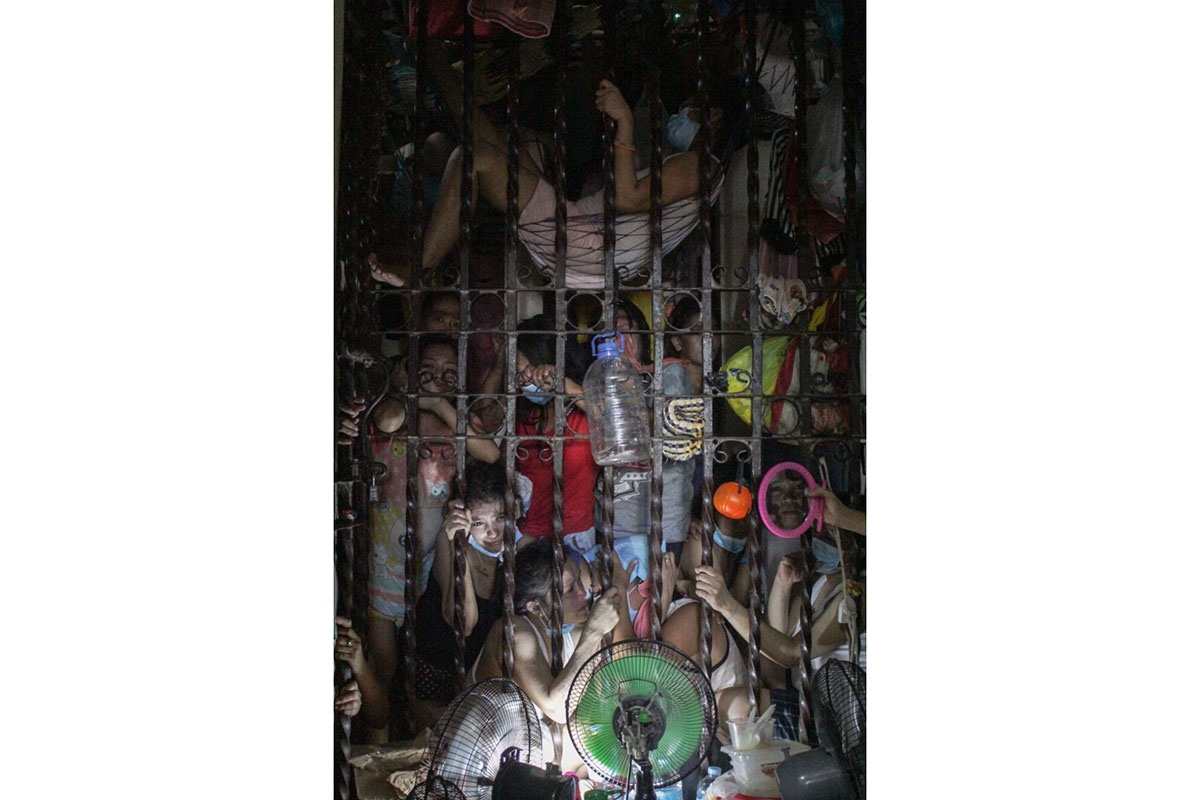 Detainees panicked after one died of meningococcal disease at a detention center in Bijan, Laguna, south of Metro Manila. Officials have banned visitors from the area for safety reasons.

3rd place in the documentary and photojournalism section 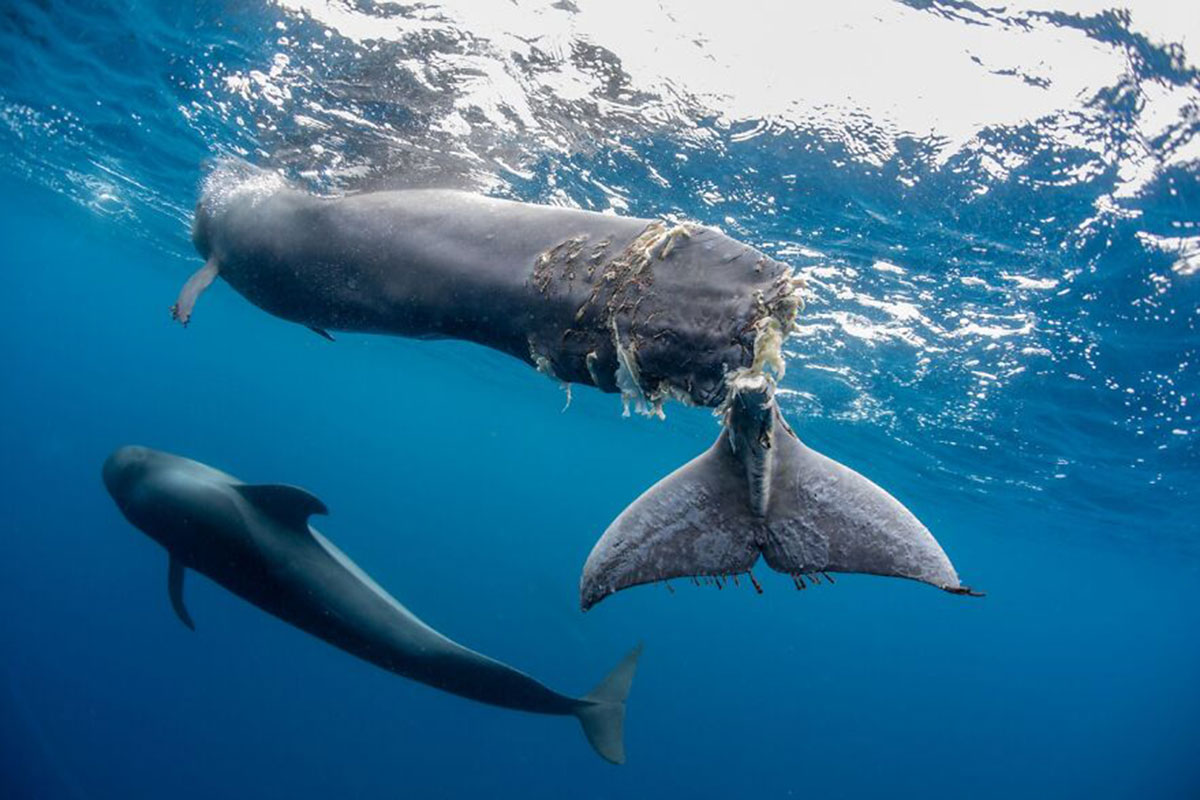 Southwest of Tenerife, home to one of the essential whale colonies, this 6-month-old young animal was hit by a boat and crippled. Nothing could be done except to cheer him up. The passage of ships is a serious threat to whales around the world.

First place in the under-20 division 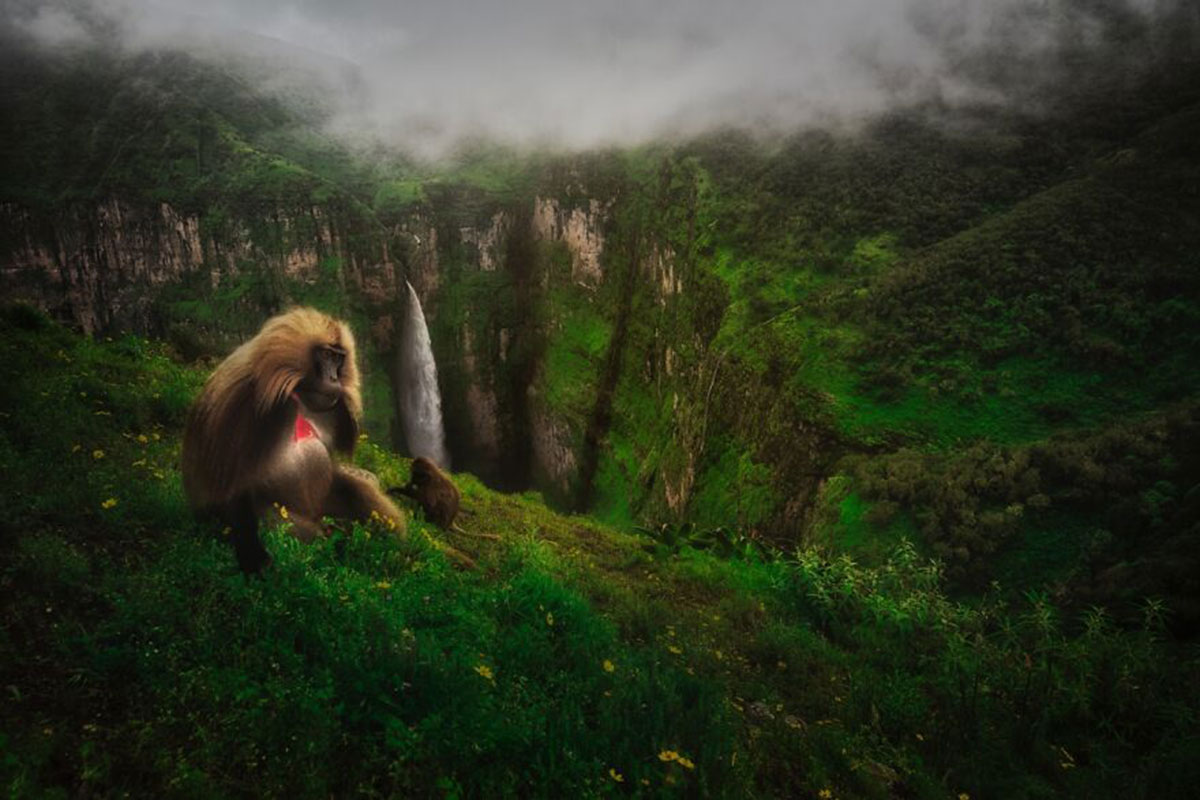 I called this photo Utopia; today, in our materialistic world, it is almost impossible to see such a scenario that includes pristine nature. It is as if this part of the world has not moved forward in time.

Second place in the beauty of nature section 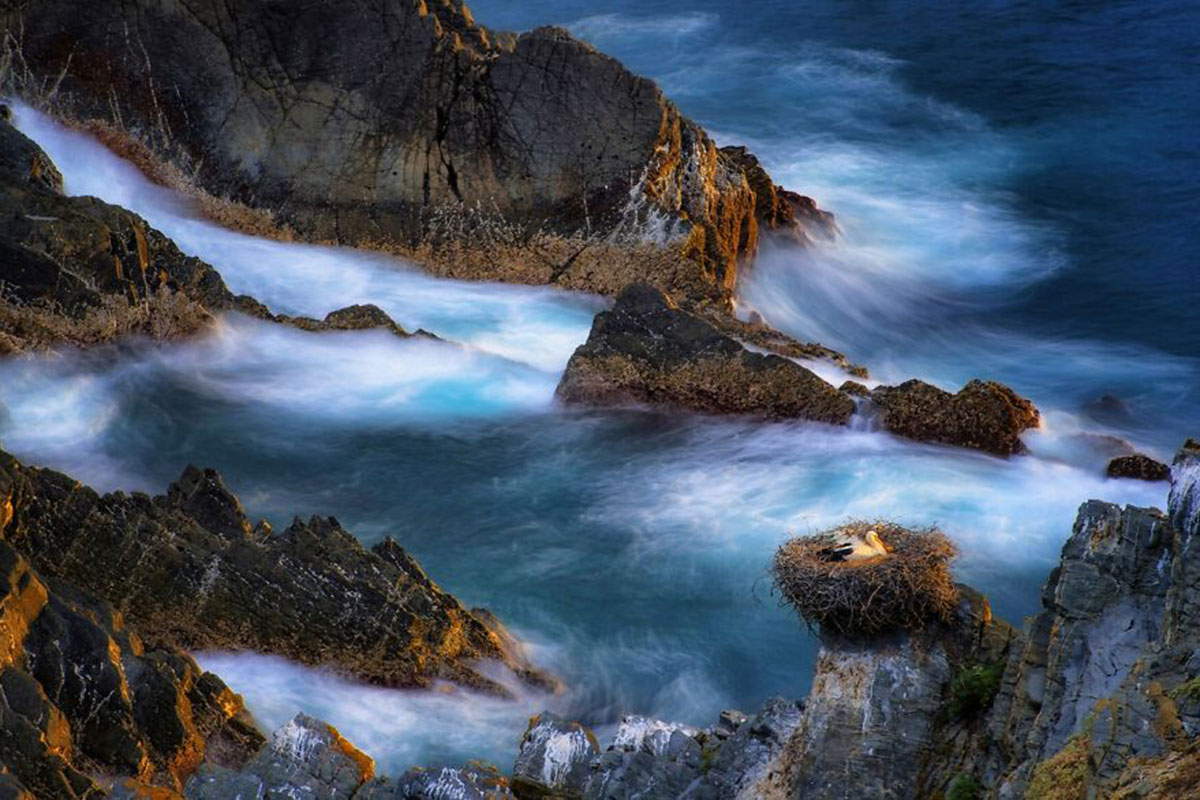 Fortunately, there are still places in the world where nature reigns supreme. Among them are the wild cliffs of Portugal, among which storks’ nests can still be seen. 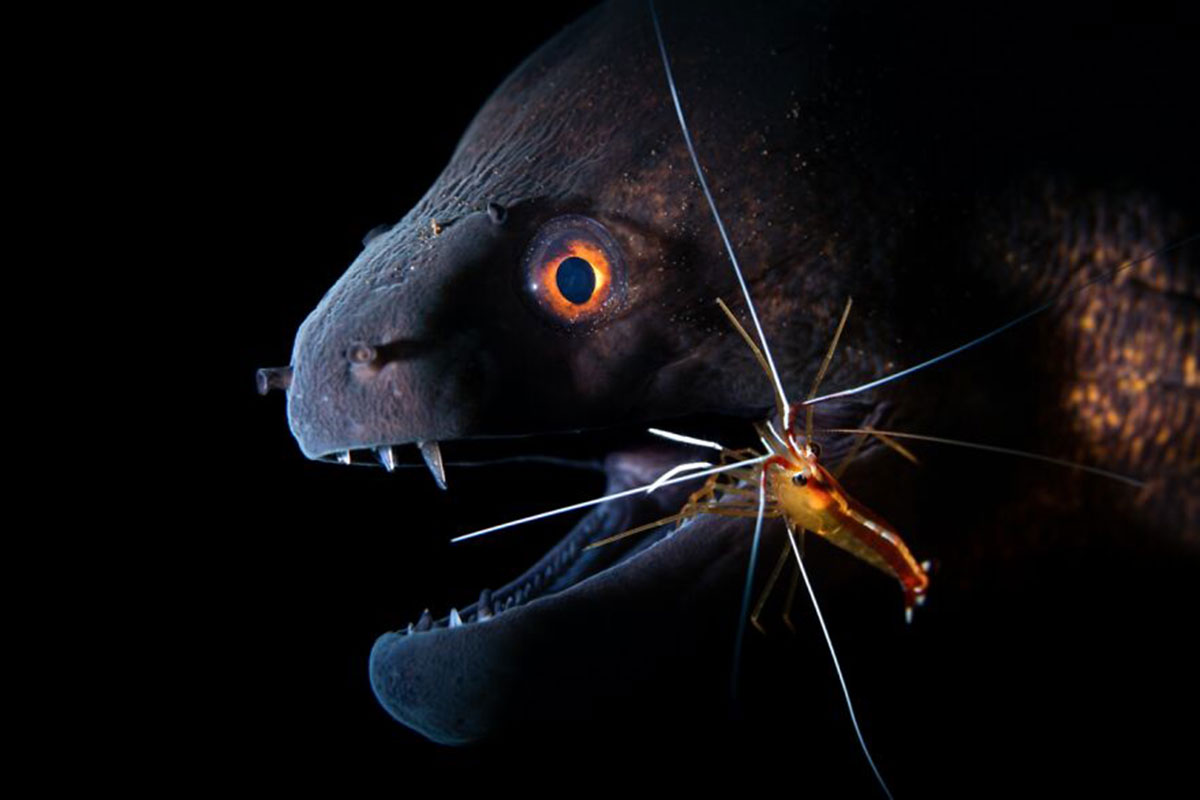 Coexistence of moray eel and cleaning shrimp. This eel had his “dental appointment.” Cleaner shrimps remove parasites, insects, algae, and other such things from the teeth of eels and keep them healthy. In return for doing this, the shrimp get a free meal.

Third place in the attractive faces and characters section 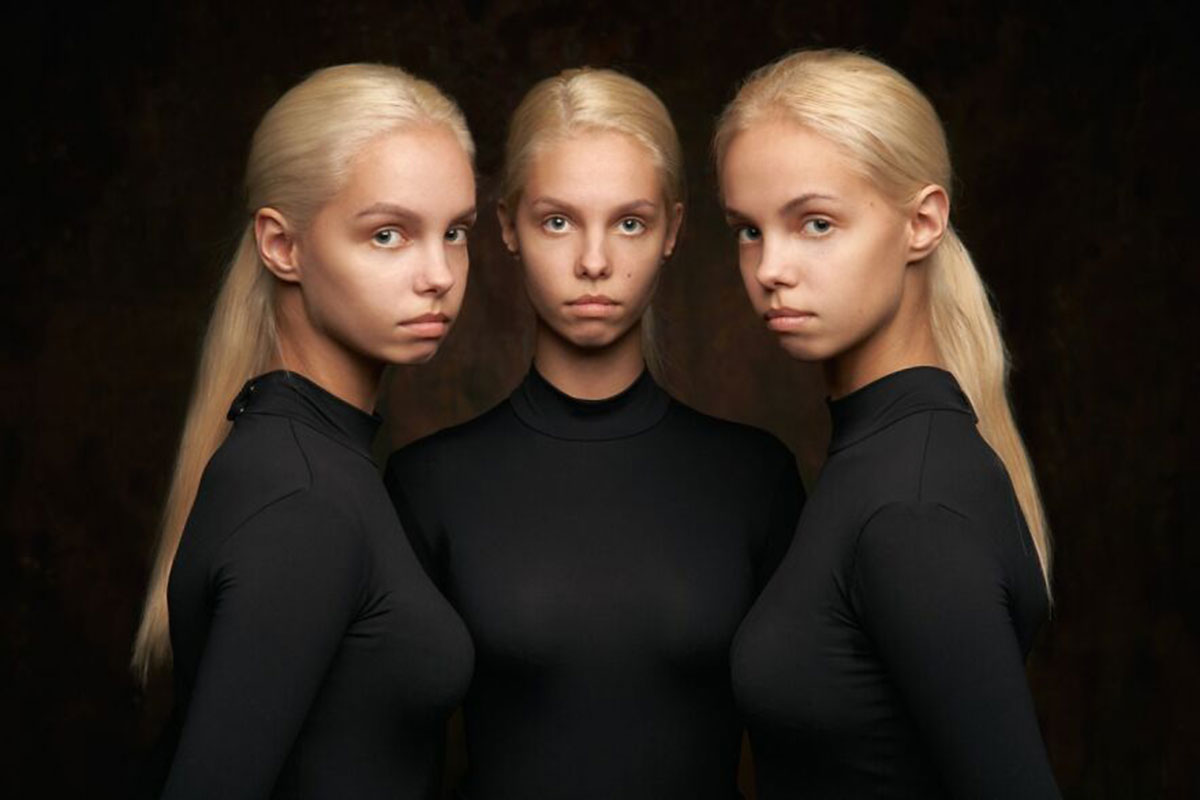 Natalia, Irina, and Tatiana are triplet sisters from the city of Krasnoyarsk in northern Russia. I found them two years ago through social media and wanted to capture a photo of them. This year I managed to do it. Three sisters, three friends, three soul mates. Their love for each other is respectable.

Second place in the sports department in action 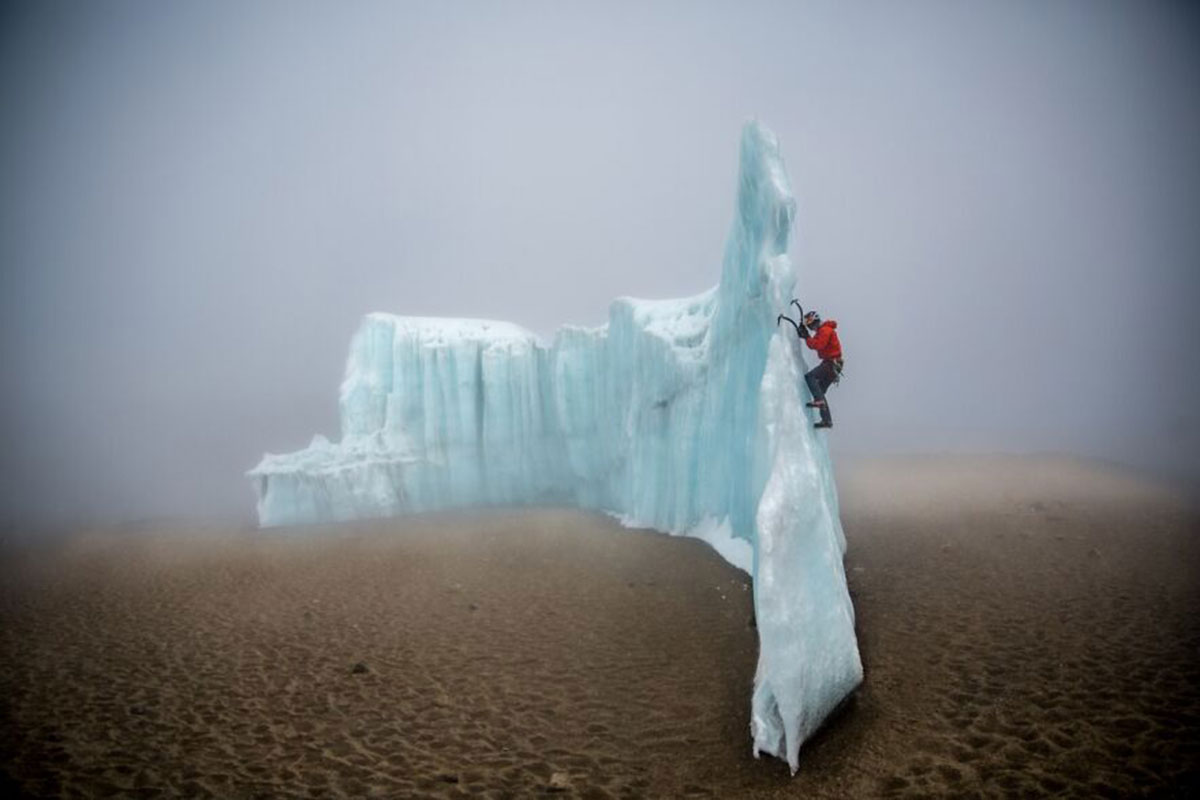 Professional ice climber Will Gadd climbs the remaining glacial ice in the crater of Mount Kilimanjaro. This ice wall is freestanding and looks like an iceberg sticking out of the sand.

A remarkable work of art in the travel and adventure section 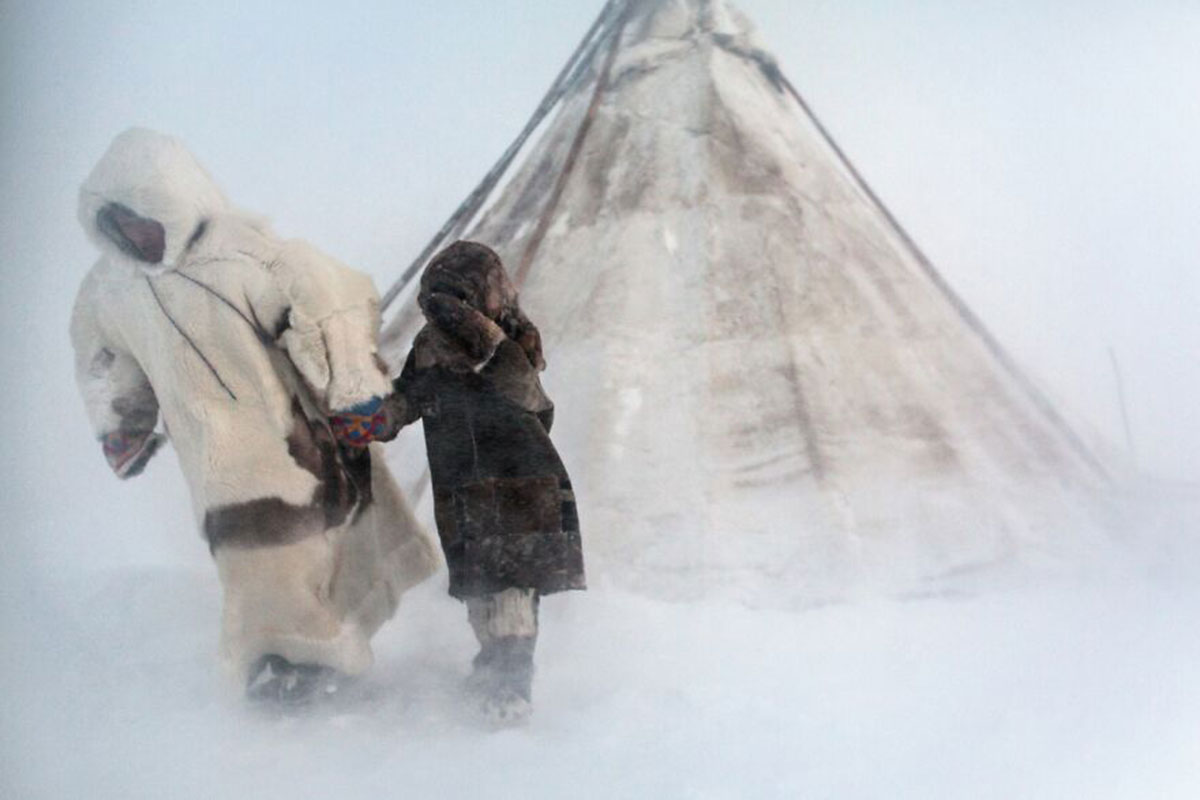 In this picture, the people of Nenets can be seen during a snowstorm in the harsh Siberian winter. In this part of the world, the temperature can reach minus 50 degrees Celsius during the winter, and the wind blowing more than 100 km/h makes life very difficult for these reindeer herders.

First place in the travel and adventure section 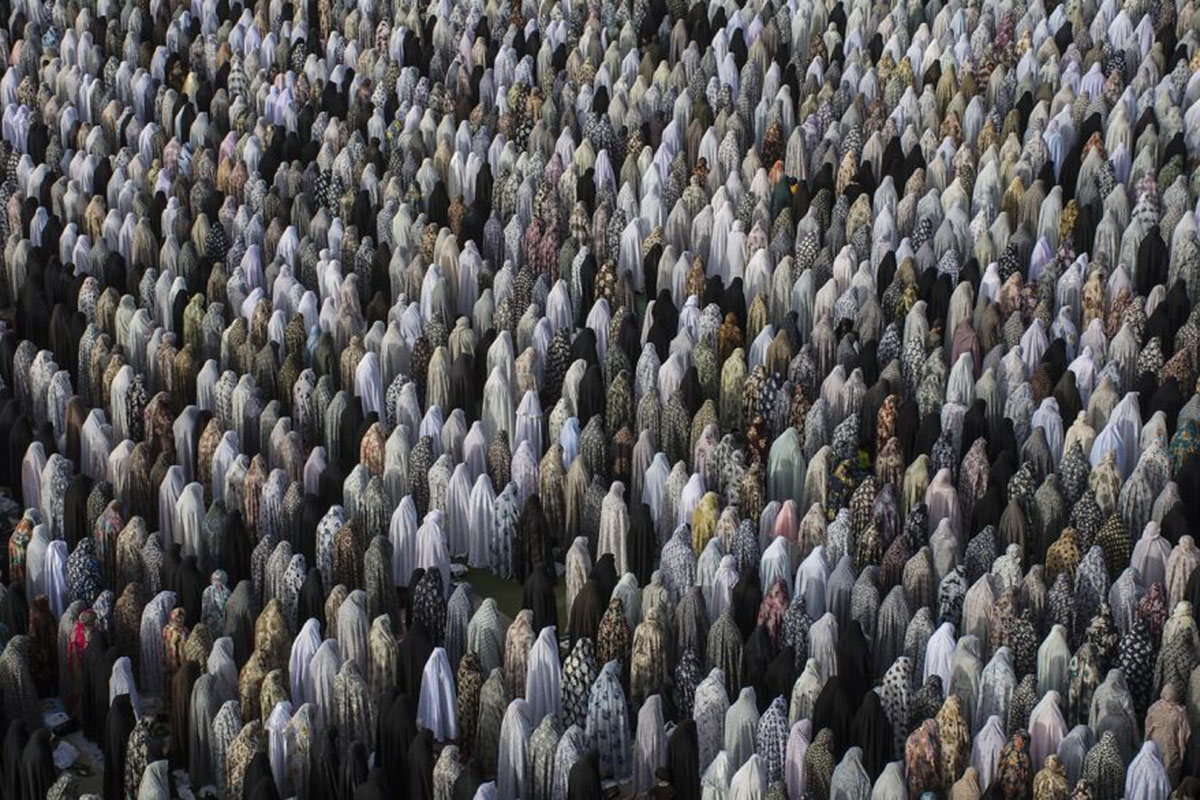 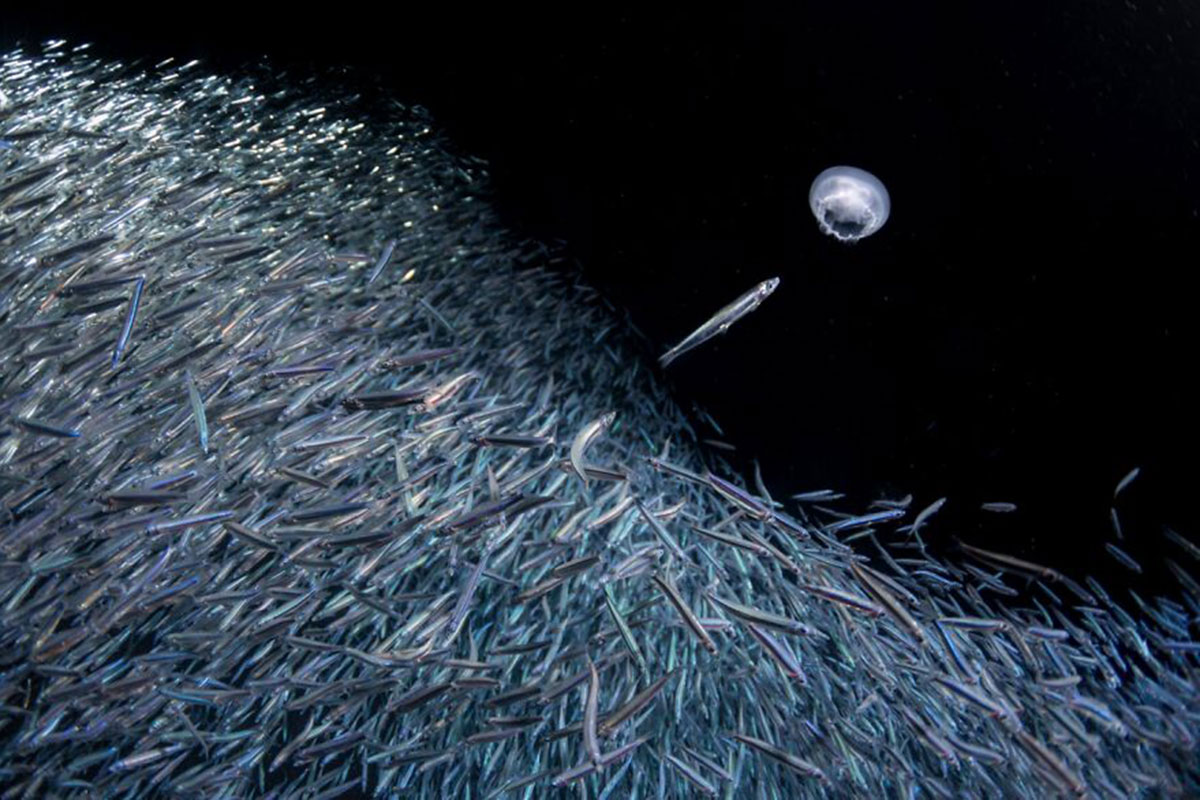 A large school of fish is moving towards a jellyfish. These fish swim with each other to defend themselves against predators, and the form of placing them next to each other is constantly changing. In this picture, one of them is deciding against the others and planning to separate from them.

Death Of A Fire Victim

First place in the documentary and photojournalism section 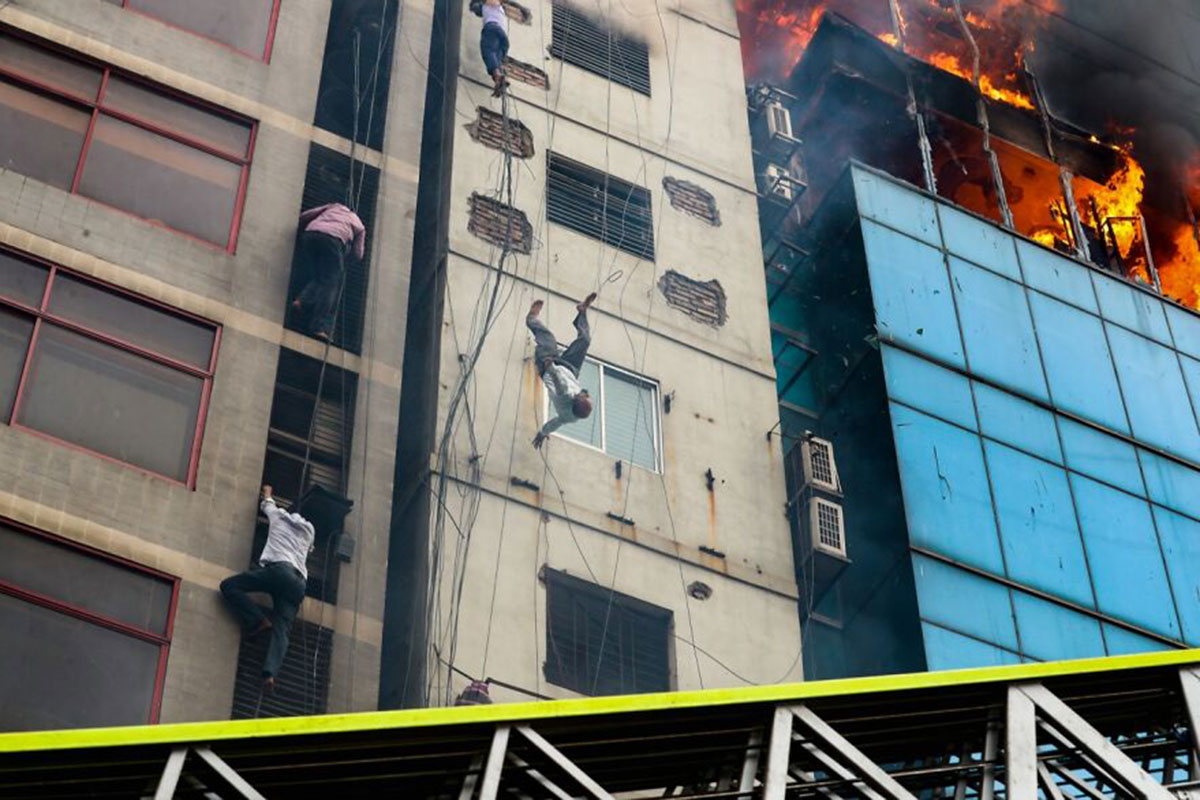 A man desperately tries to save himself during a fire that has destroyed a 22-story building in Dhaka. Unfortunately, this fire killed 25 people and injured 70 people. The man you see in the picture had a cable in his hand and was using it to descend the building, but the heat caused him to let go and fall to the ground.

Second place in the architecture and urban spaces department 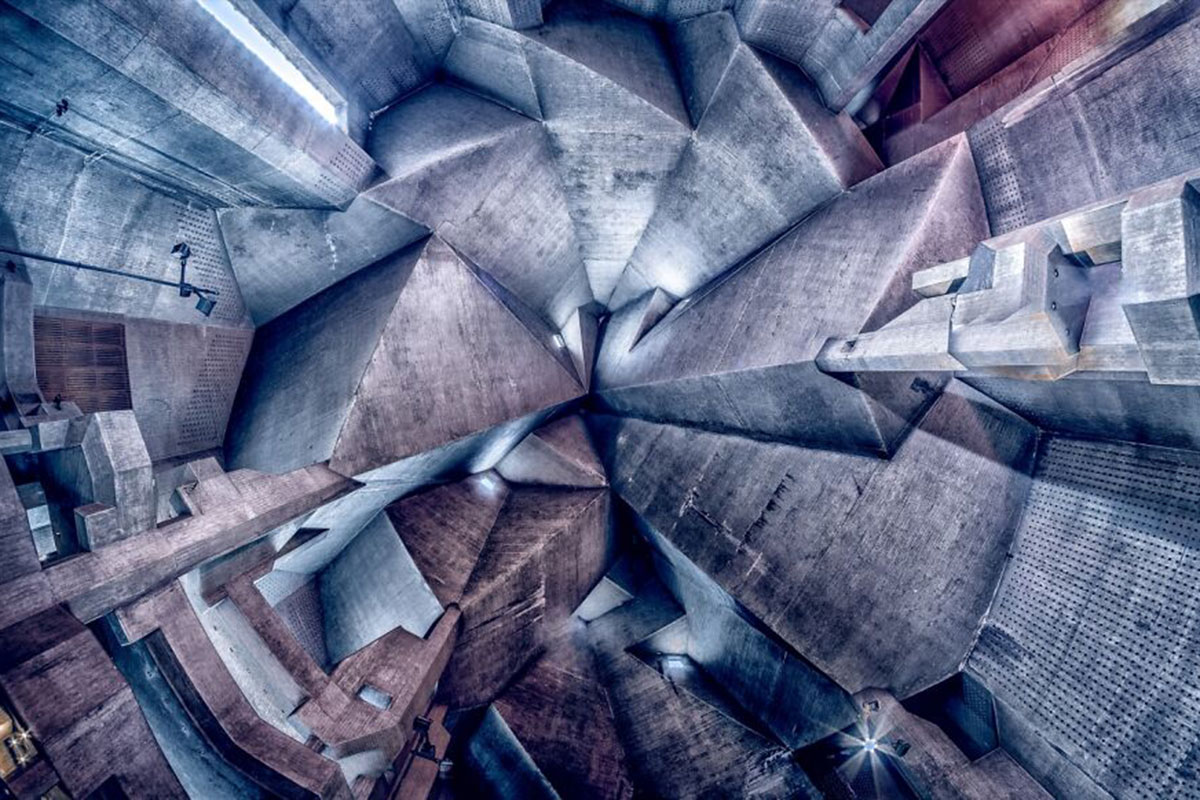 The Nevigeser Wallfahrtsdom has a genuinely unique architecture with this concrete roof that looks like an abstraction in reality. 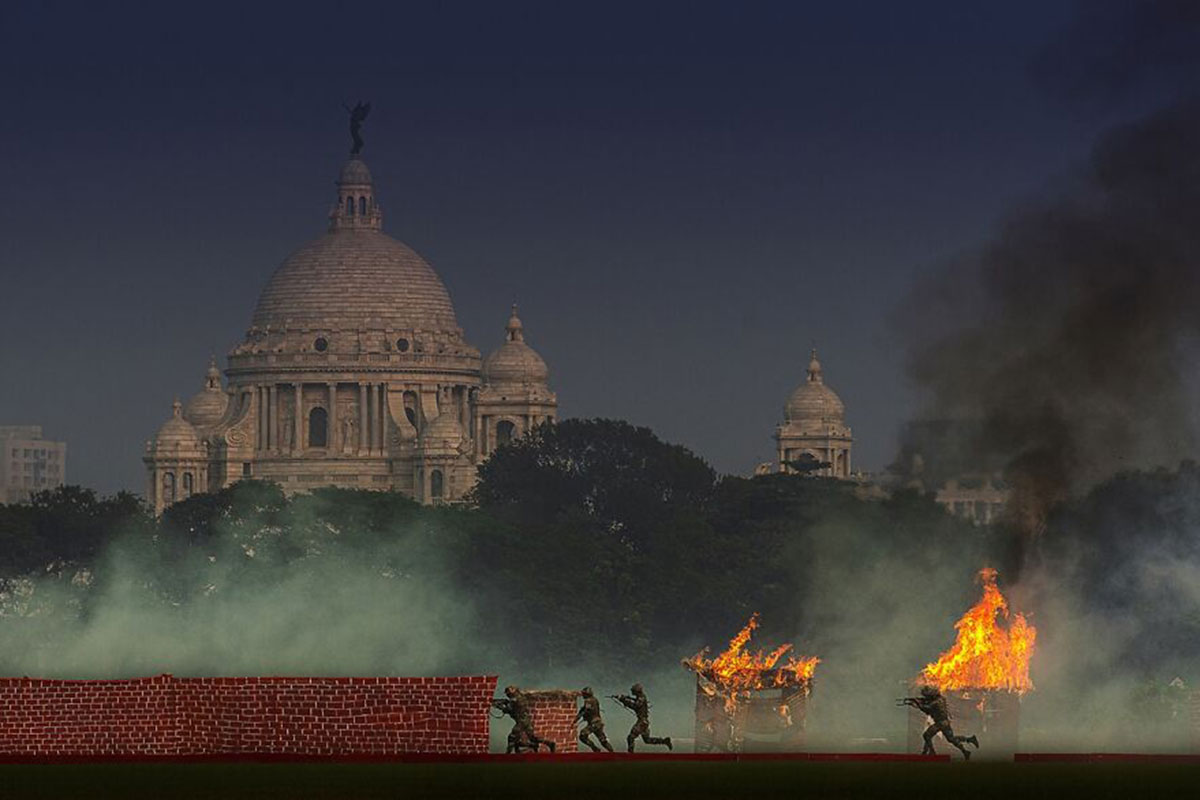 This picture was taken during the celebration of Vijay Diwas in Kolkata. This day is famous for the victory of the Indian army over Pakistan.

Friends of ours, now that you have seen all the top photos of this fascinating contest, please write the name of your favorite work in the comments section.