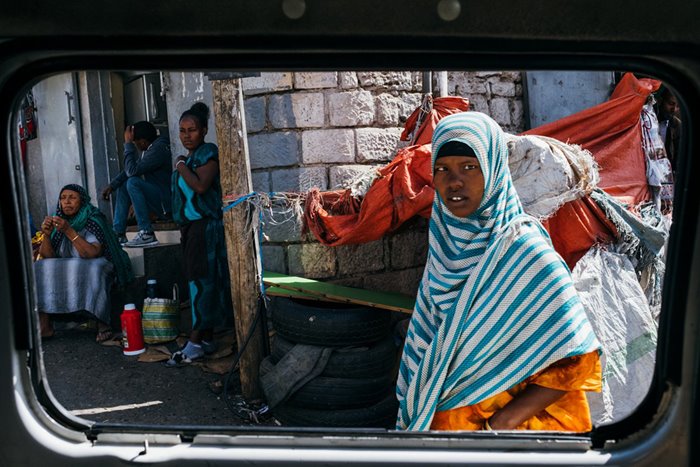 This Article Includes A Conversation And A Collection Of Street Photos That Were Recorded By A Spanish Photographer Named “Gile Ibanez” During His Trip To Ethiopia, A Country In Sub-Saharan Africa.

Gil Ibanez is a photographer born in Madrid but currently living in Manchester. Ibanez develops long-term projects mostly in his own country of Spain; however, he also works in England and Asia. Religion and human faith play a significant role in his works.

Ibanez’s works were presented at many European and American festivals, and he was a finalist in prestigious festivals such as MIFA (Moscow International Photography) and BSPF (Brussels Street Photography Festival). The following photo collection includes the images Ibanez took during his trip to Ethiopia.

Gil Ibanez, the creator of the photos in this series, called his visit to Ethiopia his first photography experience in one of the sub-Saharan African countries. Ibanez, a photographer who has photographed different countries and places, had no idea of ​​being in Ethiopia.

However, he expected to create masterpieces by being in this country.

He stated his expectation from his trip to Ethiopia (as he has achieved in his photography trips) to capture hundreds of great photos of the region.

(Click on the images to view them in their original dimensions) 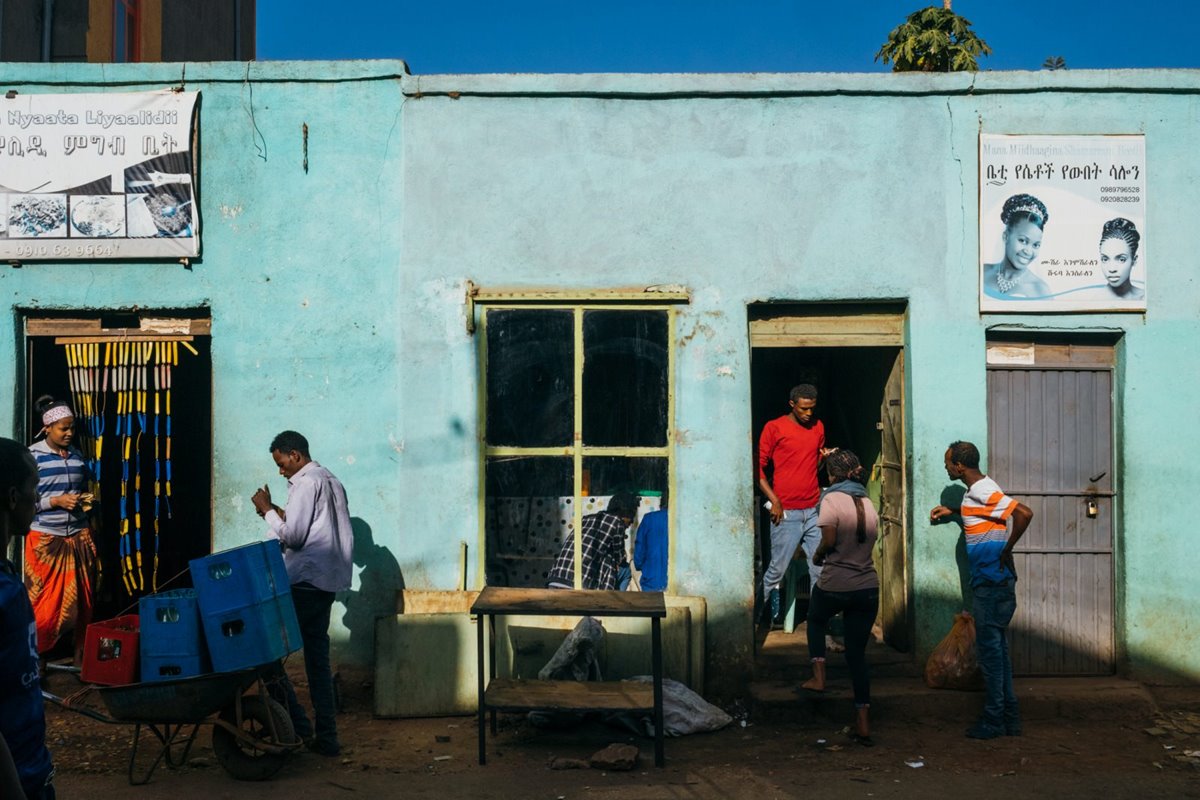 Ethiopia, with the official name of the Federal Democratic Republic of Ethiopia (historical name of Abyssinia), is landlocked in the Horn of Africa. This country is the second most populous country in Africa, with a population of 114.9 million, and the,e tenth largest country, with 1,104,300 square kilometers. Ethiopia is one of the oldest independent countries in Africa and one of the oldest countries in the world. This country was the second after Armenia to declare Christianity as its official religion. The capital of Ethiopia is Addis Ababa. 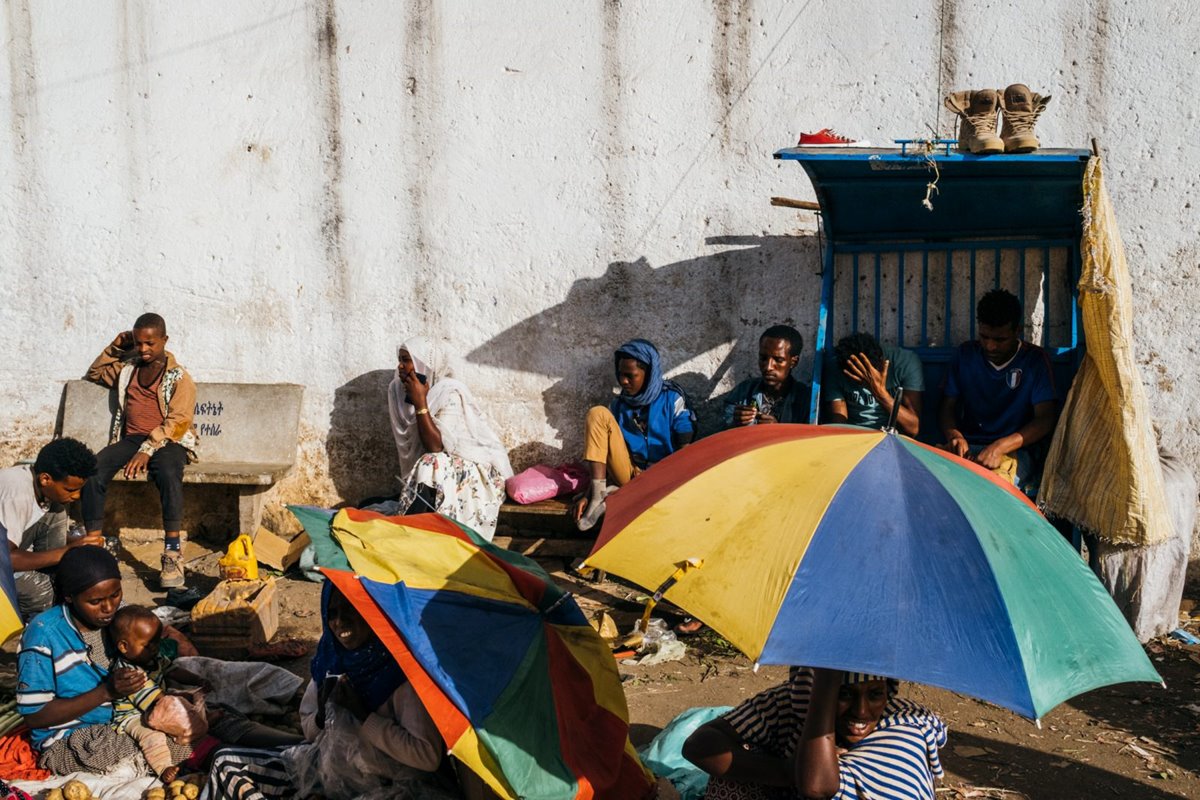 On a trip to Ethiopia with other photographers, Ibanez explained that photographing foreign countries and territories has made them experienced photographers. Photographers who are used to different types of cultural shocks and overcoming them, and in this way, continue to photograph those countries. However, according to Ibanez, his photography experience in Ethiopia differed from his previous experiences. 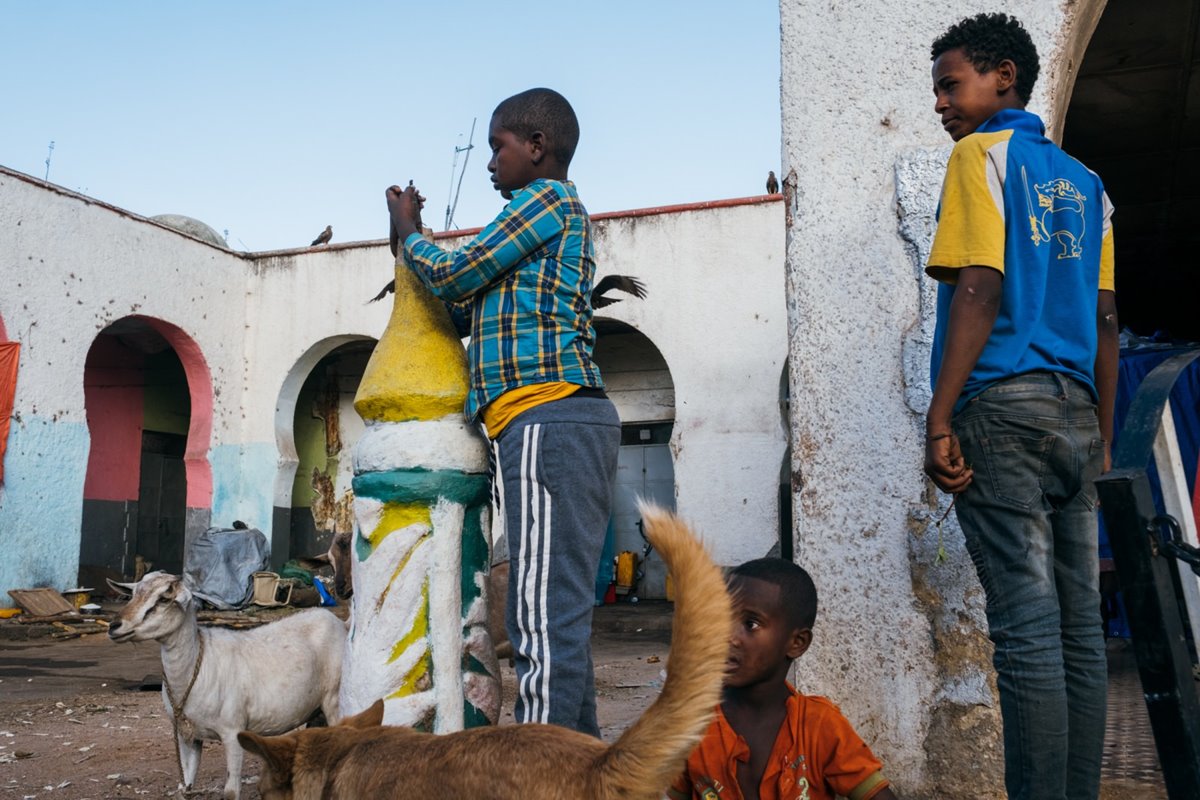 Ibanez traveled to Addis Ababa, Deira Dewa, and many surrounding villages in the Ethiopian region; However, he did not spend much time in Addis Ababa, and most of the time, he was photographing the baptism of Jesus Christ, which was attended by thousands of Ethiopian Orthodox Christians. In Ethiopia, this ancient orthodox festival is called “Timket.”

Ibanez considers most of his photography programs related to religious festivals, and he cited Timket as his main reason for going to Ethiopia. A festival that serves as an opportunity to discover and photograph more religious activities in a different tradition and culture. 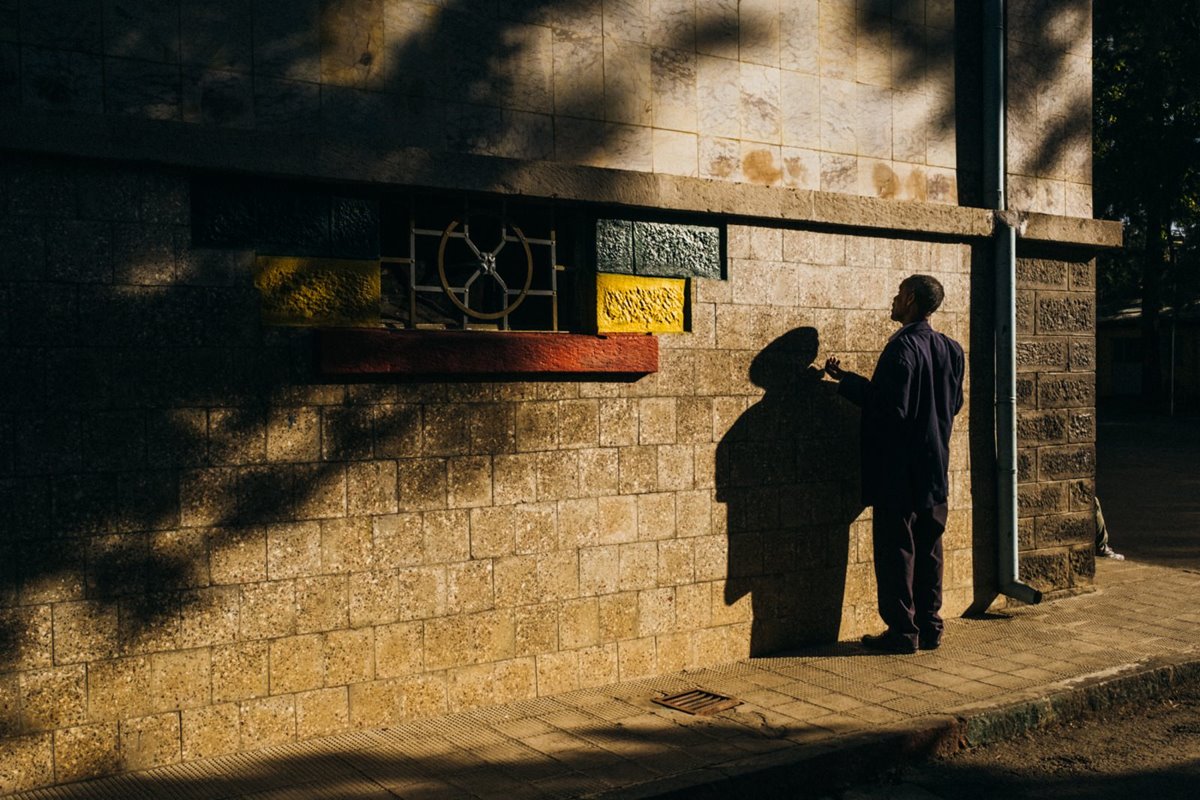 According to Ibanez, walking the streets of Addis Ababa, the bustling capital of Ethiopia, immerses one in the street life of this city. The level of armed people and the military in the whole town, the poverty that dominates the city and the country, the doubts and questions of the people when they see a camera in the hands of a person who is generally western, and many eyes that look at foreigners, including There are exceptional cases that Ibanez tells about traveling in the city of Ethiopia. Ibanez describes experiencing these things for the first time as a bit scary but says that even if you’ve never experienced it like him, you get used to it. 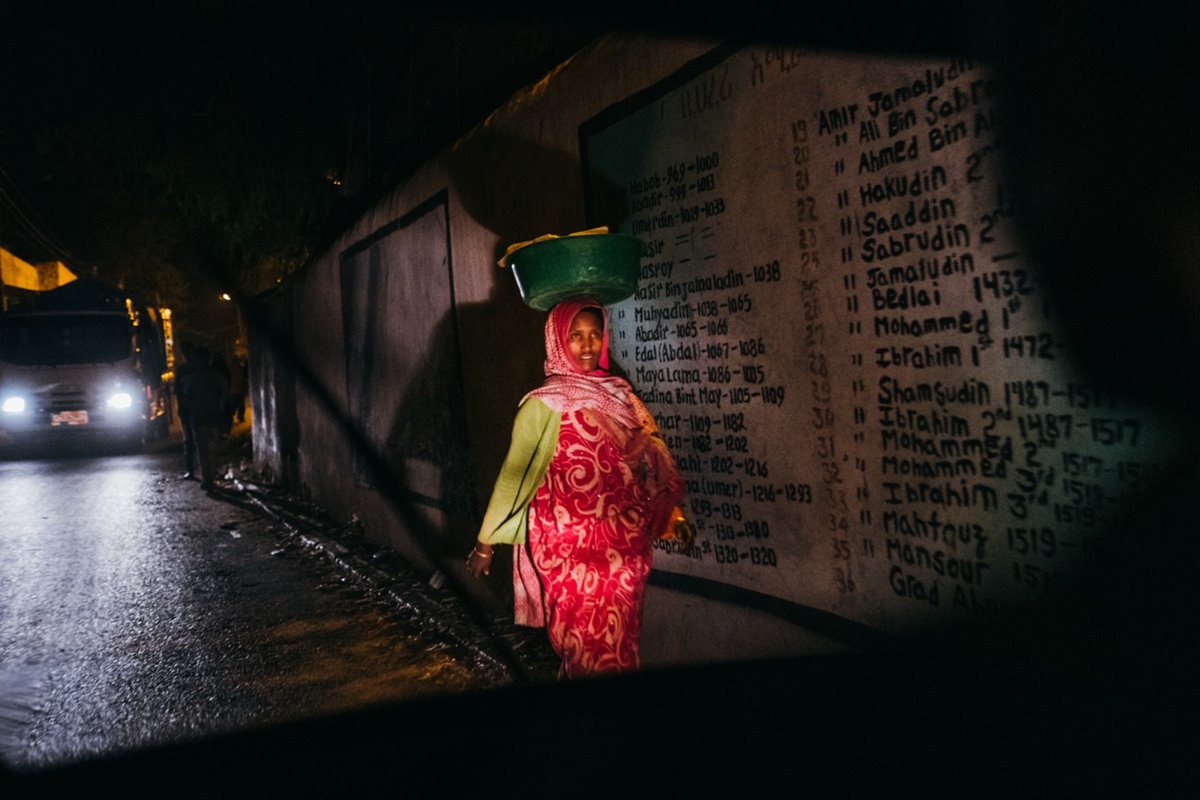 Despite the difficulties of photographing in Ethiopia, Ibanez describes it as a great country full of great people. Far from the usual stereotypes, he believes that the biggest smiles in the world can be found in this country. He says:

While walking in this country, many people approached me with big smiles and curiosity and asked if I was okay. Or where did I come from? And of course, I couldn’t get close to them as I should; however, with the same amount of intimacy, I would find the possibility to have a few words of conversation and interaction with the local people there, and more photography opportunities would be provided for me. 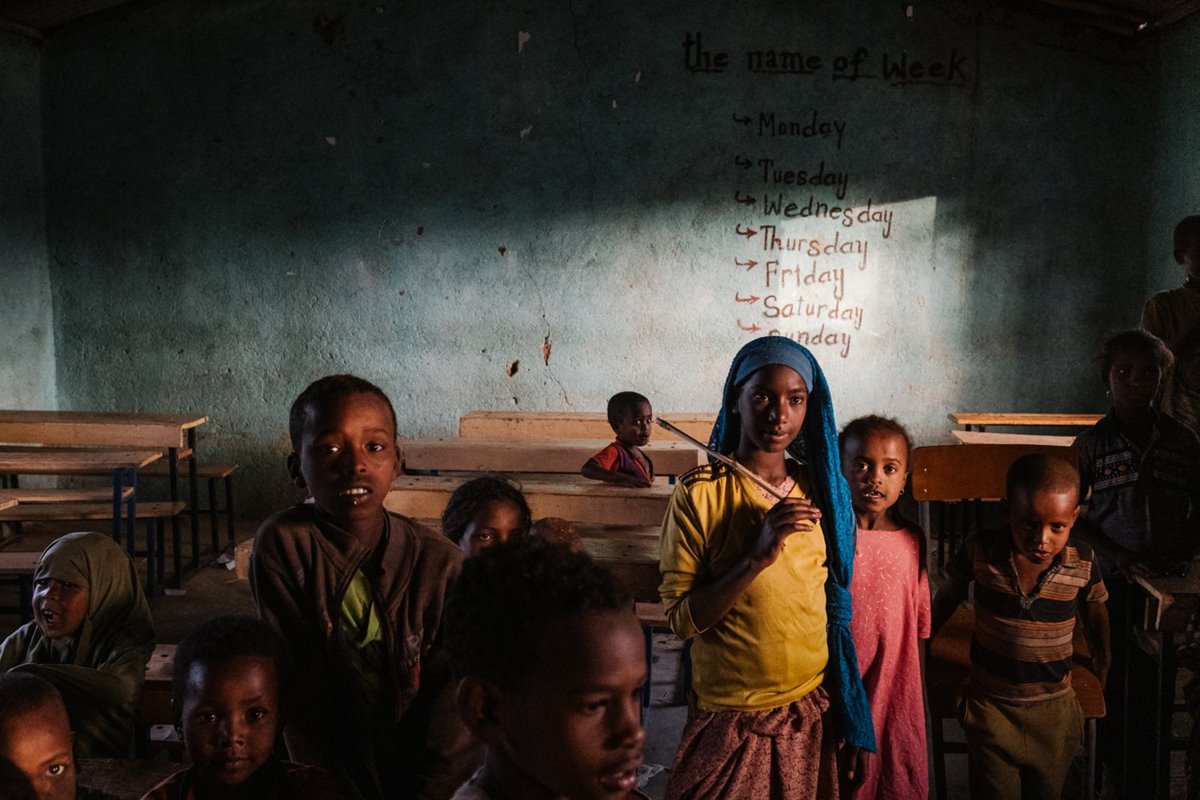 Ibanez also recommends talking to Ethiopians about soccer, especially the Premier League, because they are very passionate about it and talk about it a lot in their conversations. According to Gil Ibanez, people knew the world’s great teamsrld because of this interest. They would ask him about his city of residence, and when they came across the word Madrid, their initial reaction was that Ibanez was a Real Madrid fan. I used to nod and say I was an Atlético Madrid fan, which made people laugh and gave me more opportunities to connect with different people and groups, says Ibanez. Football is the only thing that can unite people worldwide and bring them closer together. 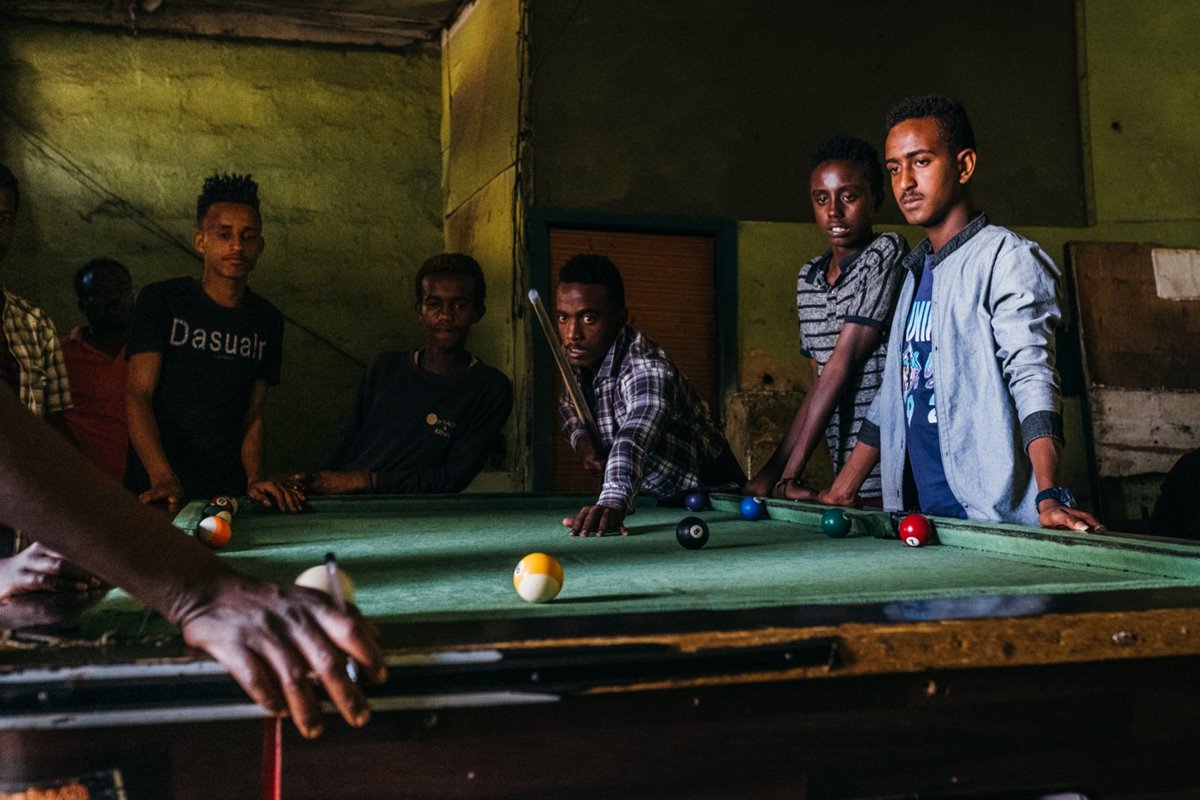 However, according to Ibanez, Ethiopia is not an easy country and place to photograph. For this reason, it seems that people are suspicious of foreigners walking into their country and taking pictures of them. Ibanez says that many times when he was walking around the city with a camera around his neck and wasn’t even taking pictures, he was met with a commanding sentence, “no photos.” Ibanez says that many times when he was photographing an exciting situation and scene, he would see someone behind him asking him questions about what he was doing and what he was photographing.

According to Ibanez, Ethiopia is not the only country where such things can be felt; however, people’s skepticism was more intense in Addis Baba. Photographing in many world capitals can be overwhelming for people who are not used to the way and mood of that culture. For this reason, according to Ibanez, it is unsurprising that Addis Baba was Ethiopia’s most challenging place to photograph.

Ibanez still remembers some situations he encountered while shooting; People carrying dozens of colorful coffins in Harar or the lively and crazy atmosphere in the camel market. Ibanez considers these scenes more challenging to photograph than other locations he has photographed.

All in all, Ibanez says the trip was more than just a photography experience. He gained a lot of experience from this trip, which is baggage for life, and his way of looking at the world, place, energy, and family changed significantly during this trip. According to Ibanez, even if it sounds like a cliché, seeing lots of people, especially children, can stir something inside you and make you rethink some of the assumptions, prejudices, and trivial concerns you experience in everyday life. 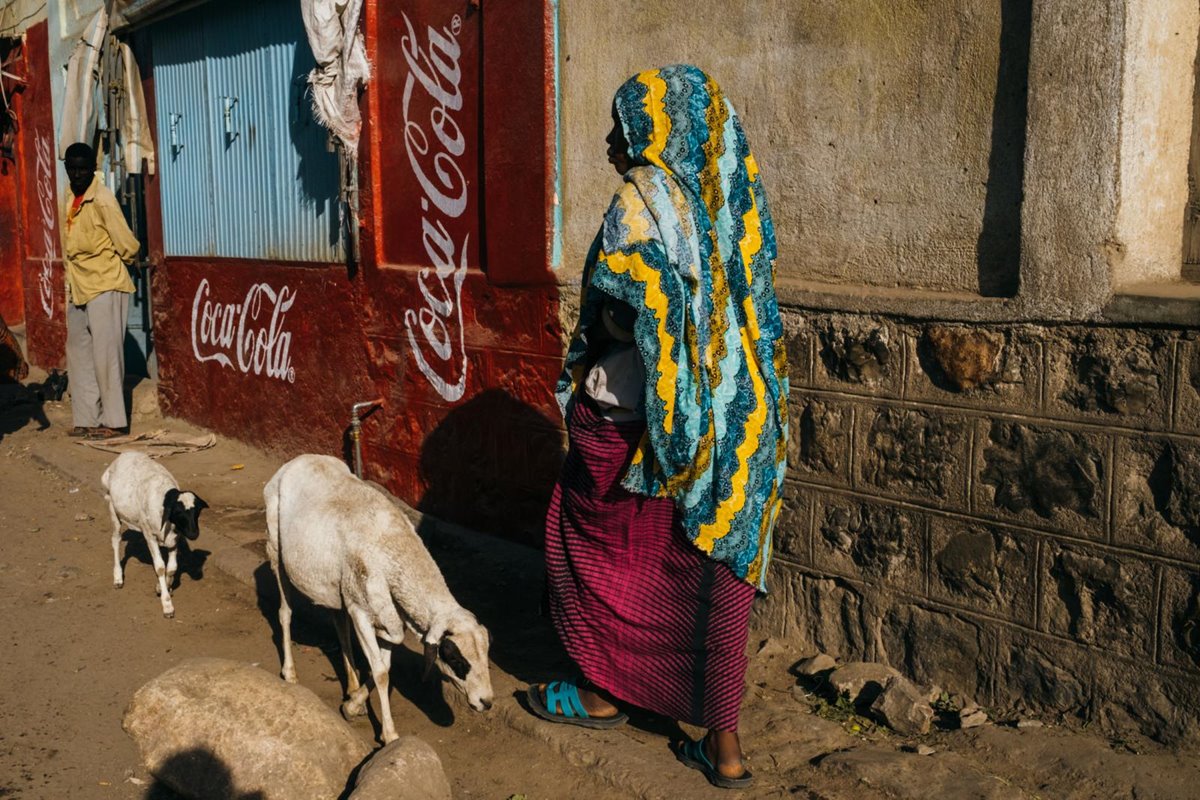 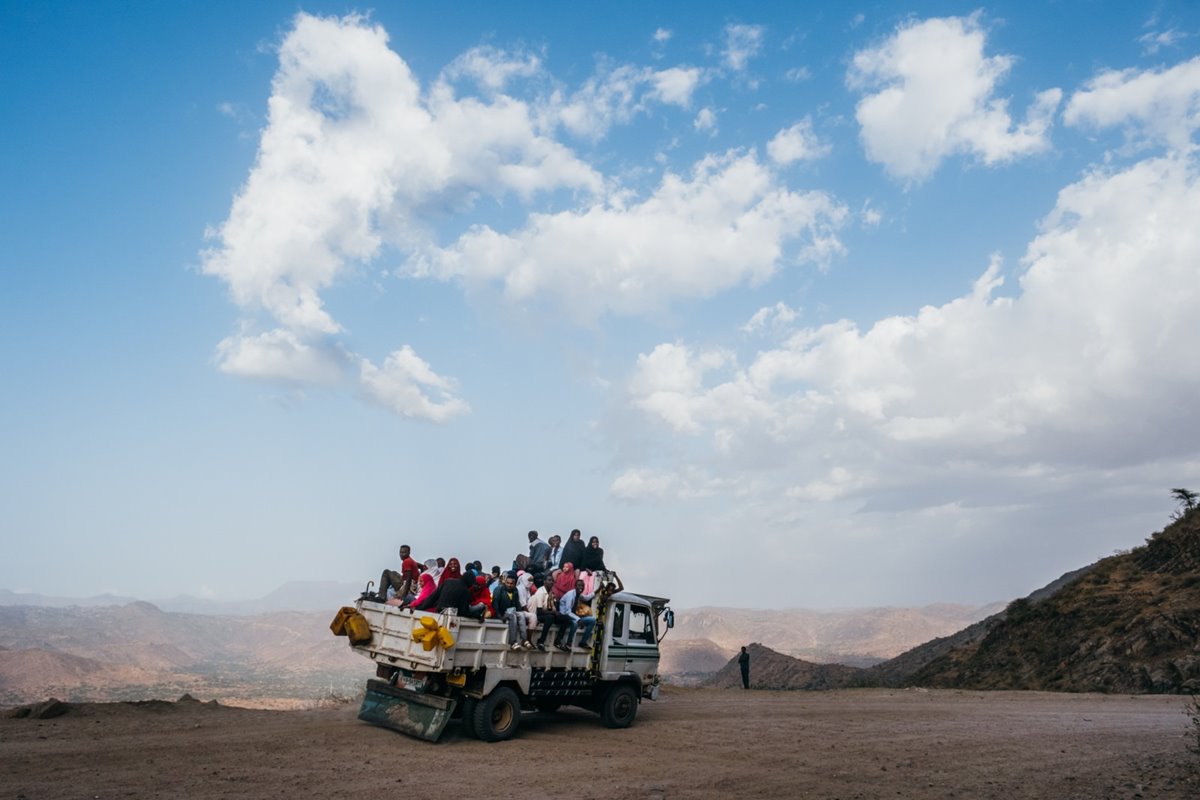 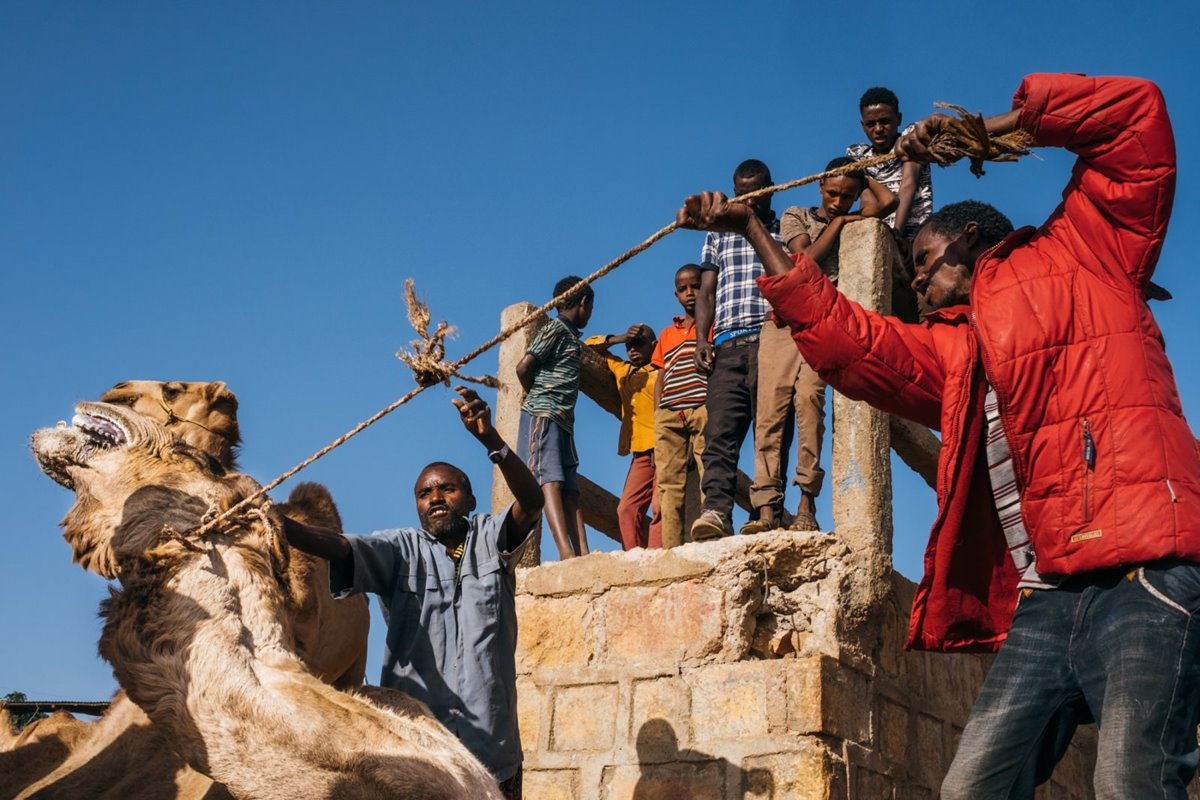 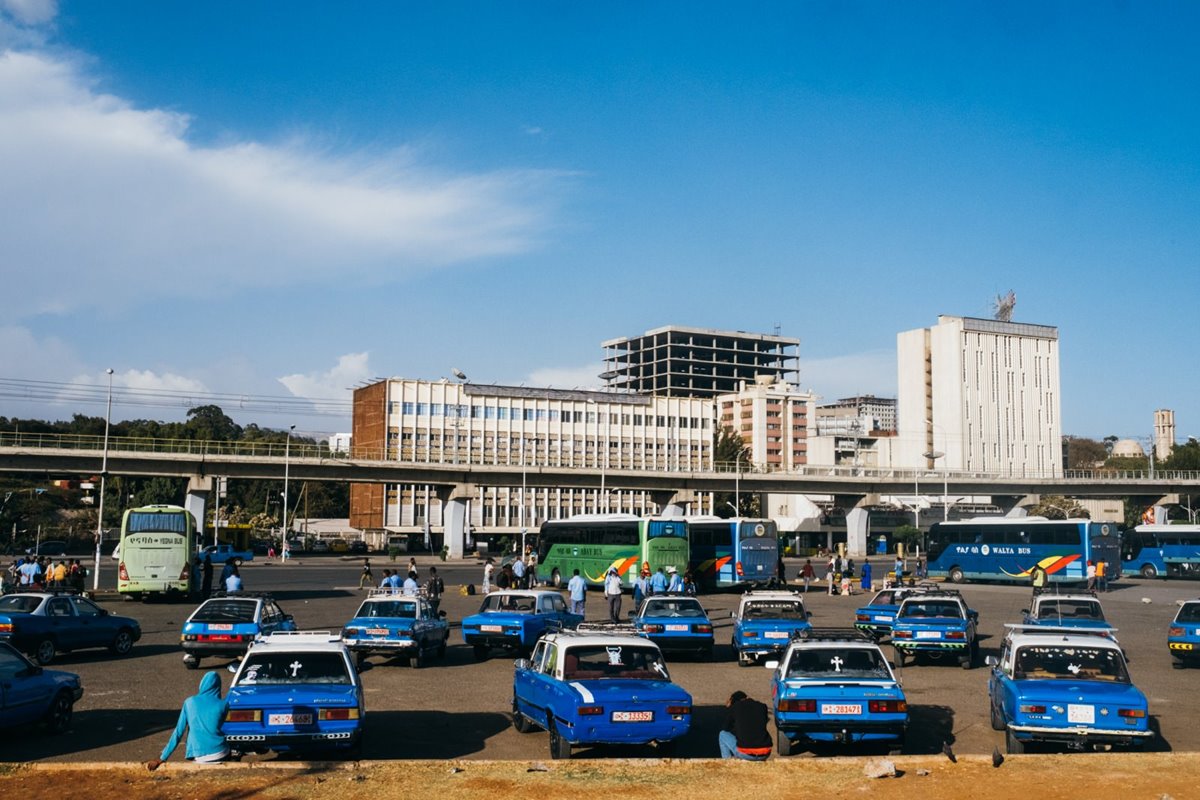 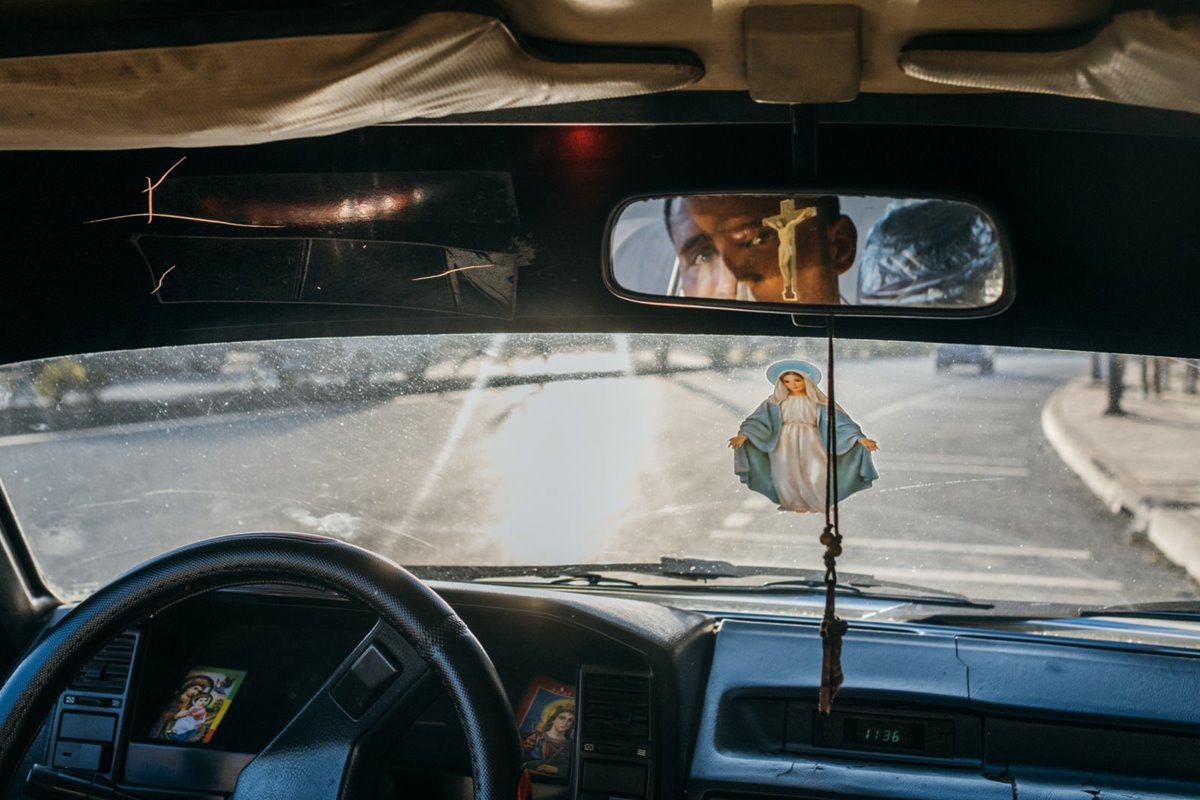