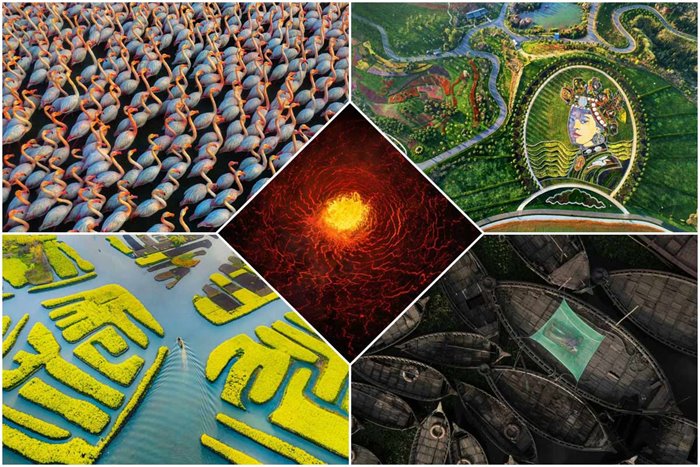 The Siena Awards host several photography competitions throughout the year, the most recent of which focused on drone photography.

The 2022 Drone Photography Contest saw thousands of images submitted by 2,642 photographers from 116 countries.

The winning images will display in an exhibition titled “Above Us Only Sky” during the Siena Awards events at the Natural History Museum.

There are also prizes for video entries. The overall winner shows a view from the top of the crater of the Fagradalsel volcano in Iceland during the last stage of the eruption. 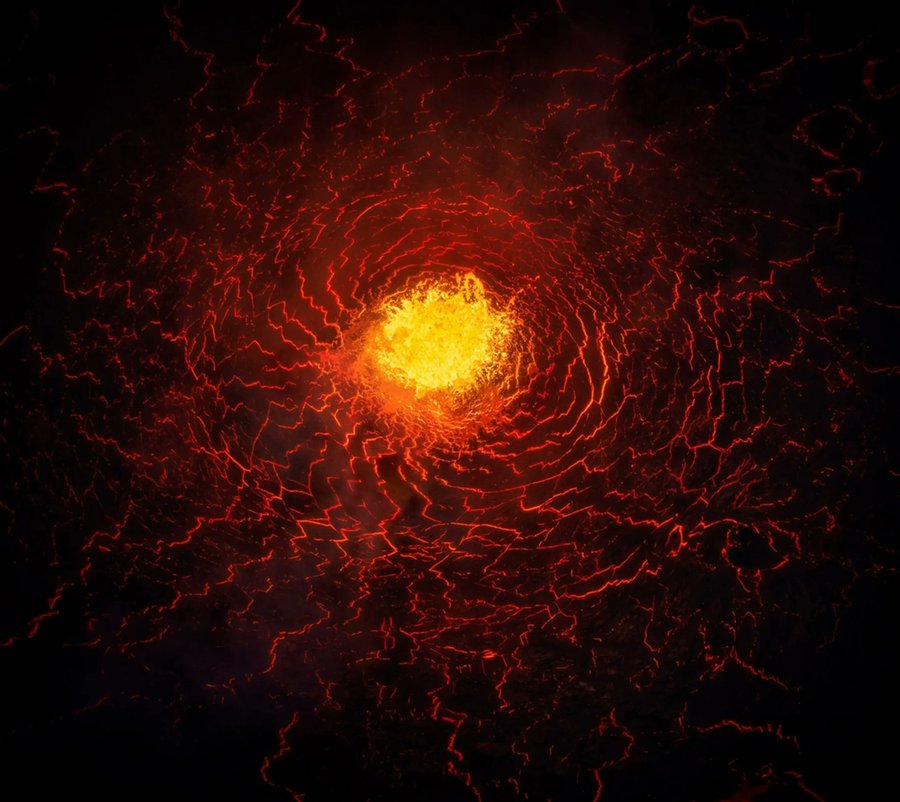 This photo was taken when a storm was brewing in western Iceland with heavy rain and strong winds. The photographer of this work says that considering such difficult conditions, an aerial photo like this is unique. 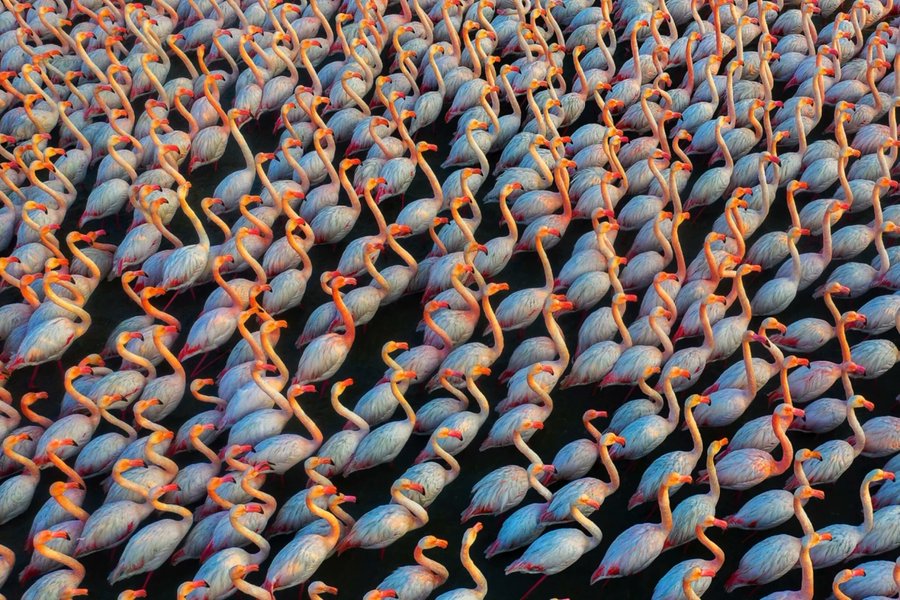 Flamingos sleep together at night for added security and stay together during the day to protect each other. He Recorded This beautiful picture in Miankali, Mazandaran. In this crowd, the slight differences in the feathers’ color and the light’s reflection stand out. 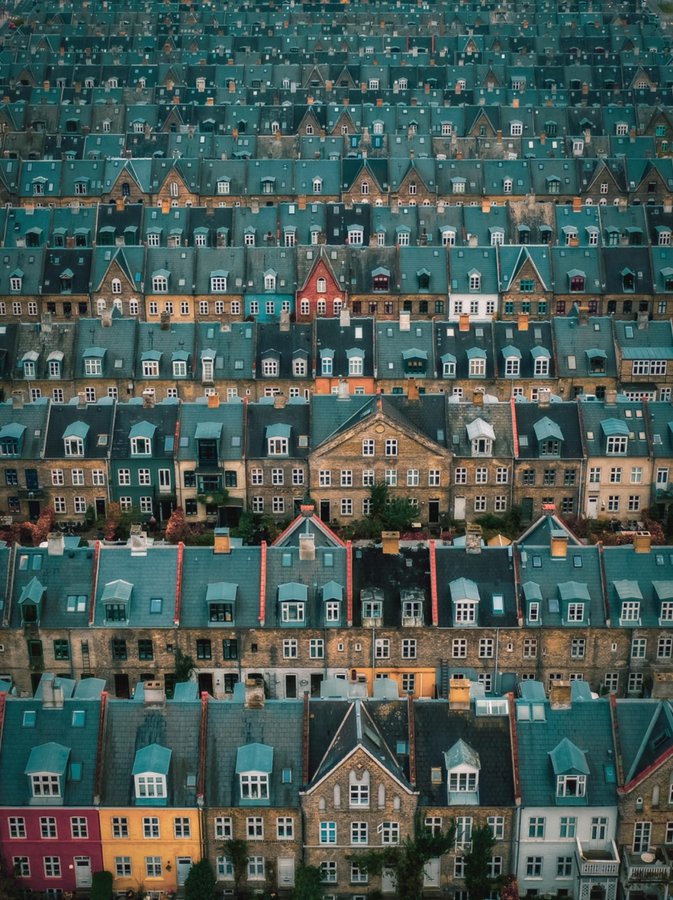 It’s The rooftop of the Kartoffelraekkerne neighborhood in Oesterbro. This neighborhood is today one of the most popular neighborhoods in CopenhagenBuilt in the late 1800s for working-class families. 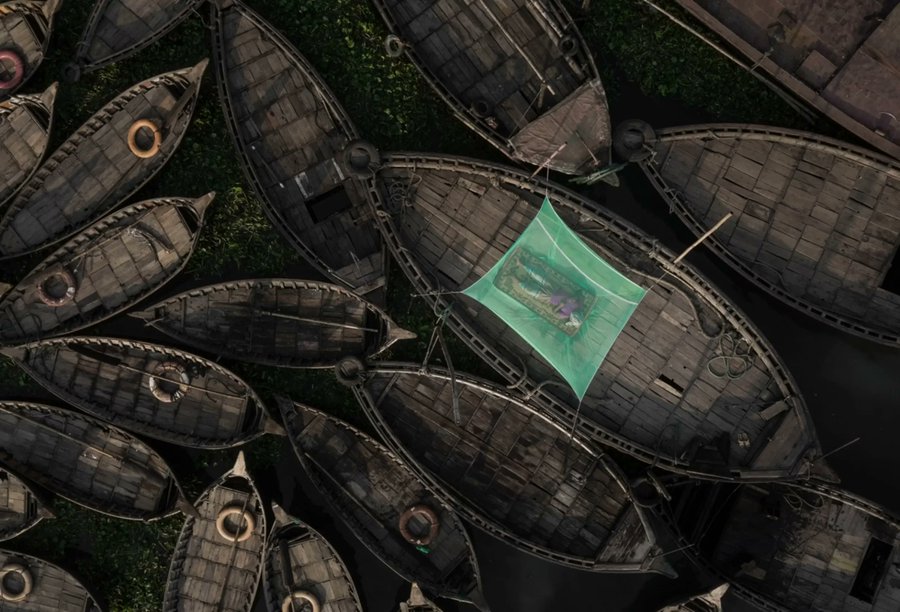 Dhaka’s Sadarghat River Port is the busiest in Bangladesh, serving many regions of the country. People cross both sides of the Buriganga River using small boats. The men who work on the ships sleep in the boats at night. 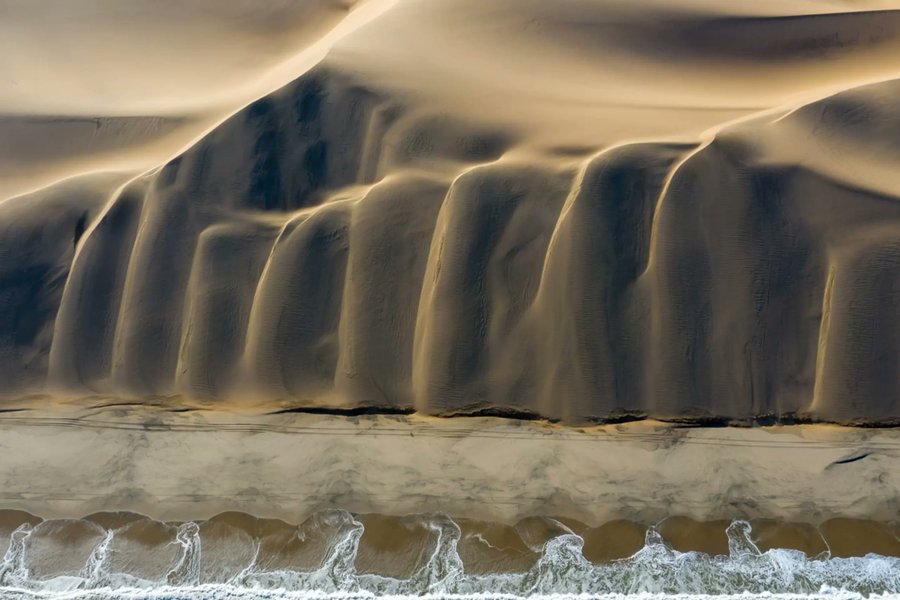 This image results from a dream: meeting the desert and the ocean. As the drone climbed higher, the photographer noticed a particular space where the light highlighted the graceful shapes of these dunes that flowed into the South Atlantic Ocean. This beautiful image was taken from the Namib desert in Namibia. 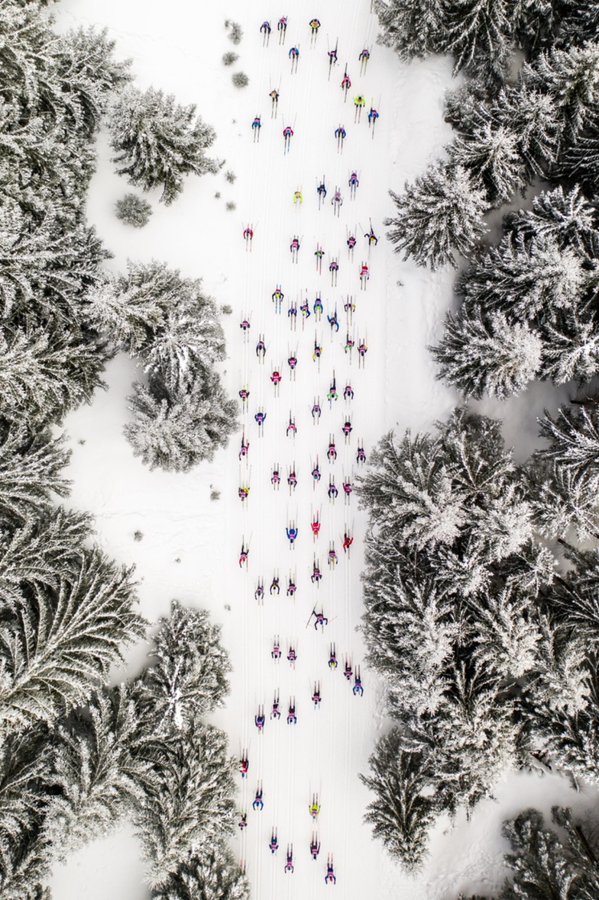 Photo taken in March 2022 shows competitors in the annual skiing event. In their colorful outfits, skiers speed along a track surrounded by snow-covered trees. 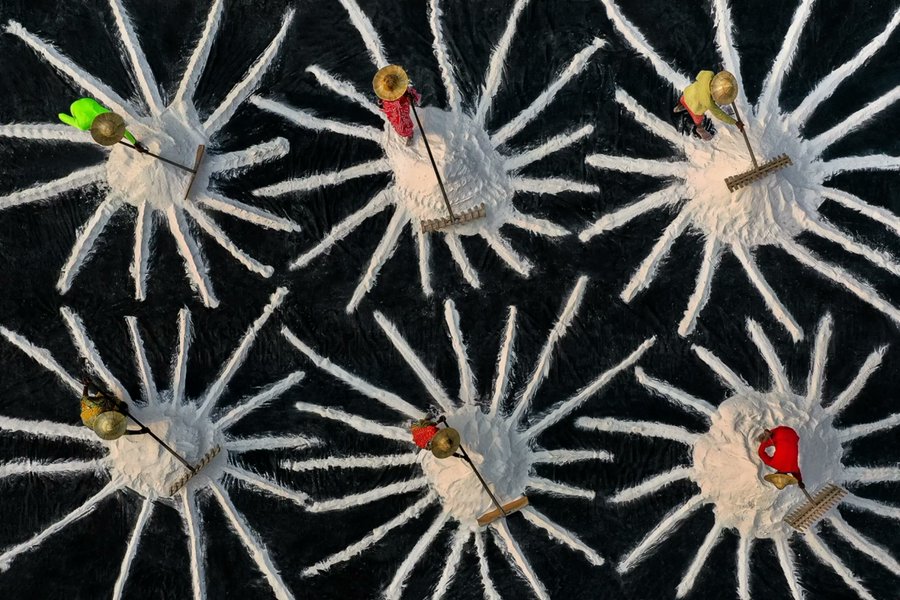 At the salt mine, workers move the salt into a circular shape and slowly evaporate under the hot sun. It is arduous work! Salt is collected in baskets. 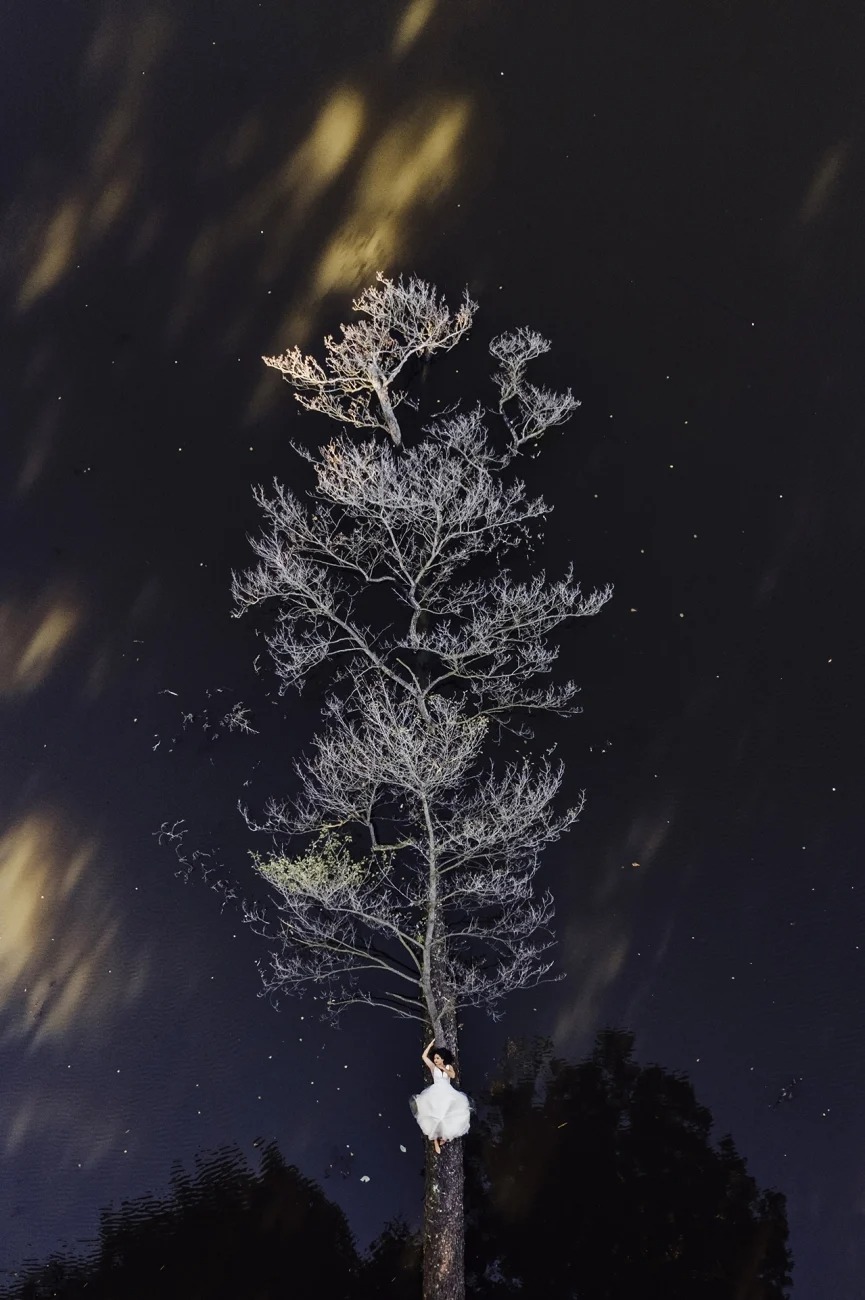 It’s The effect of sunlight on the water, the cut tree, and the brave bride lying on it; A magnificent image created by nature. The water’s surface looks like a starry night sky, and the bride looks like a dreamy princess. 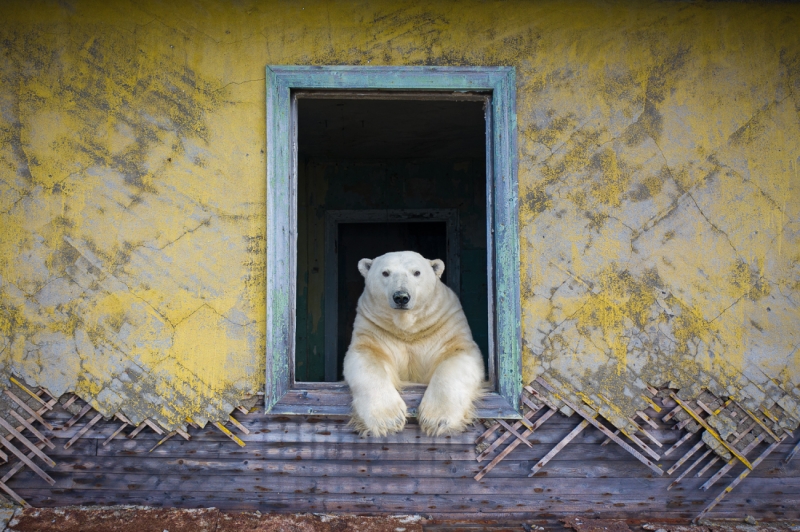 One day, Dmitri Koch approached a small island called Kolyuchin, a former weather station in the days of the Soviet Union, for shelter from a storm. After seeing strange movements in an abandoned house’s windows, he took a look through his binoculars and saw the faces of several polar bears! 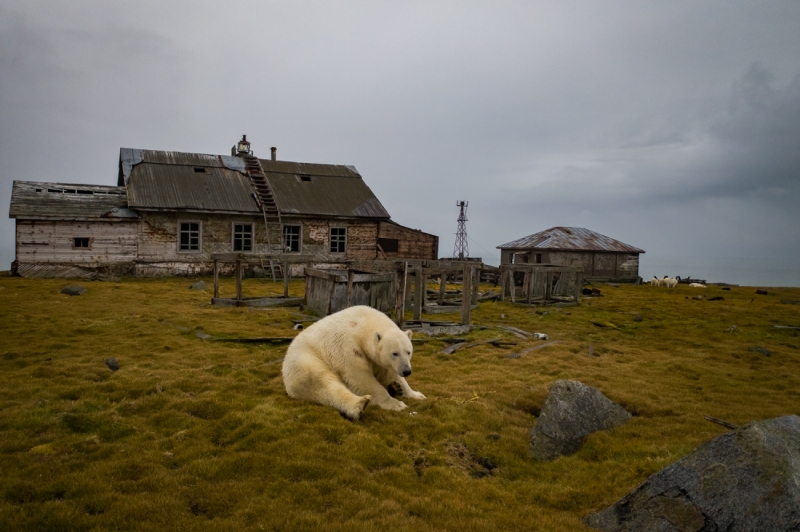 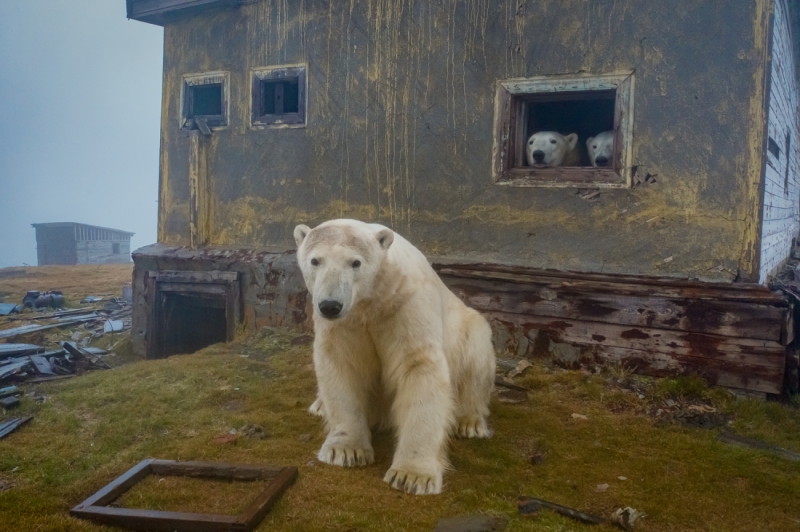 For about twenty years, primarily males wandered among the abandoned houses, and females with their cubs roamed the outskirts. Since it was too dangerous to land on the island, he used a low-noise drone to photograph the animals without disturbing them. 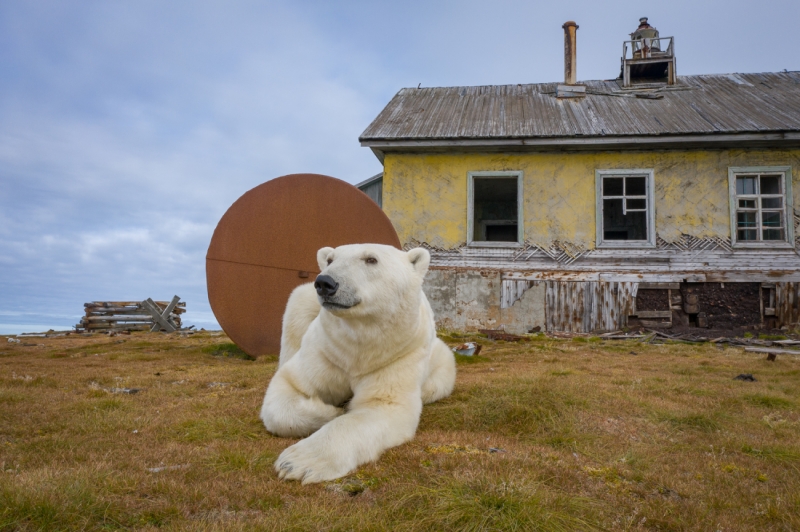 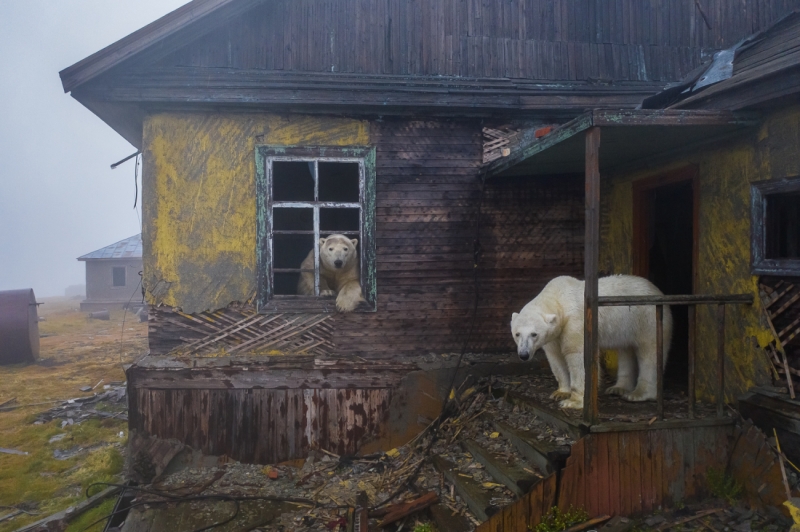 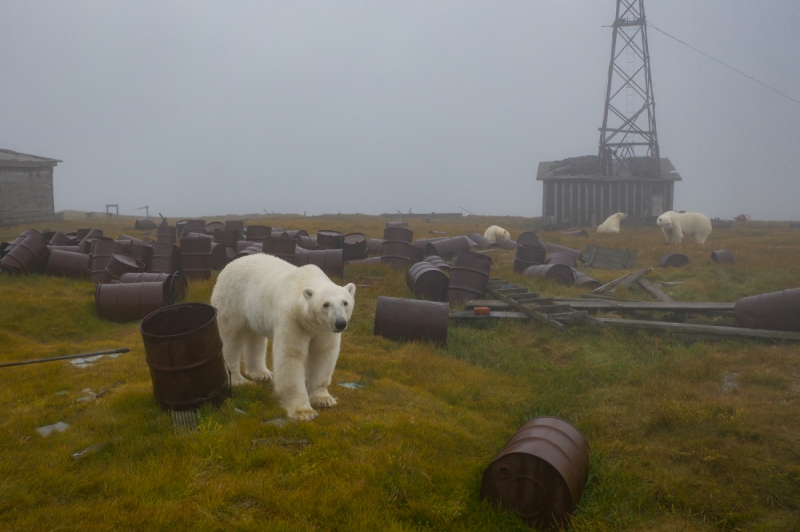 What do you think about this year’s drone photography contest? We hope you enjoyed watching this shutter. In the next section, you can see the beautiful works of the remaining category winners. For more information about this competition, visit the drone awards website.

Which picture do you like? What is your favorite category of photography?