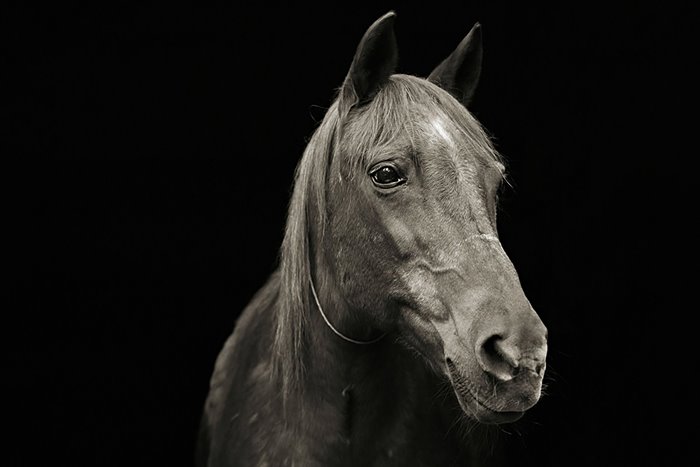 To Overcome The Anxiety Of Death, A Photographer Has Depicted Several Domestic Animals That Have Been Saved From Slaughterhouses Or Farms And Have Reached Old Age.

After caring for her mother, who was struggling with Alzheimer’s, Aisa Leshko feared getting old. Still, he was looking for a way to deal with his fear, which he found in photographing old animals escaping slaughterhouses or farms. Leshko started photographing rescued animals.

Turkeys, pigs, horses, and almost any creature that escaped from a slaughterhouse, farm, or other unpleasant place became the subjects of his photographs.

Leshko said in an interview: “All the time I accompanied my mother until her death, the path of accompanying her was an experience that had a deep impact on me, and her death gave me the idea to turn my anxiety into a spark for work. I will turn it positive”.

In these pictures, Aisa Leshko has depicted the faces of various farmed or domestic animals in their last days and years of life. He has spent a lot of time with animals to record this collection of photos.

After nearly a decade of photography, Leshko published a remarkable book, ” Aging Is Allowed: Portraits of Elderly Animals, ” from farm shelters and began a shift in approach from dealing with anxiety to being an activist. This photographer uses his animal portraits to speak on behalf of these and other abandoned animals.

Nothing is as perfect as a human’s relationship with their aging pet, A dog or cat that has been with us for years has created an indescribable bond with us. Aging is rare among tame and domesticated animals. For example, farm animals are usually slaughtered before their first birthday.

Have we ever considered that the familiar images of cows, chickens, pigs, and the like are of young animals? If they were allowed to age, what images would we face?

“Allowed to Grow Old” is a lovely and heartfelt tribute to aging farm animals who have already had terrible lives, with stunning images and exciting words.

This beautiful book depicts the individuality of each animal and shows that farm animals are no different from our companion animals, Animals with whom we share our home and heart.

The photographer has tried to prove with this collection of photos that all animals are intelligent creatures with unique personalities. Animals who want to live with lots of love and affection, peace and security.

“Having studied the emotional lives of a wide variety of animals, I could easily understand what each of these animals was feeling when photographing them,” Leshko says.

I imagined my life in their life. I hope this book will have a global audience. It doesn’t matter what language the readers of the book speak. These images transcend different cultures and belief systems.” 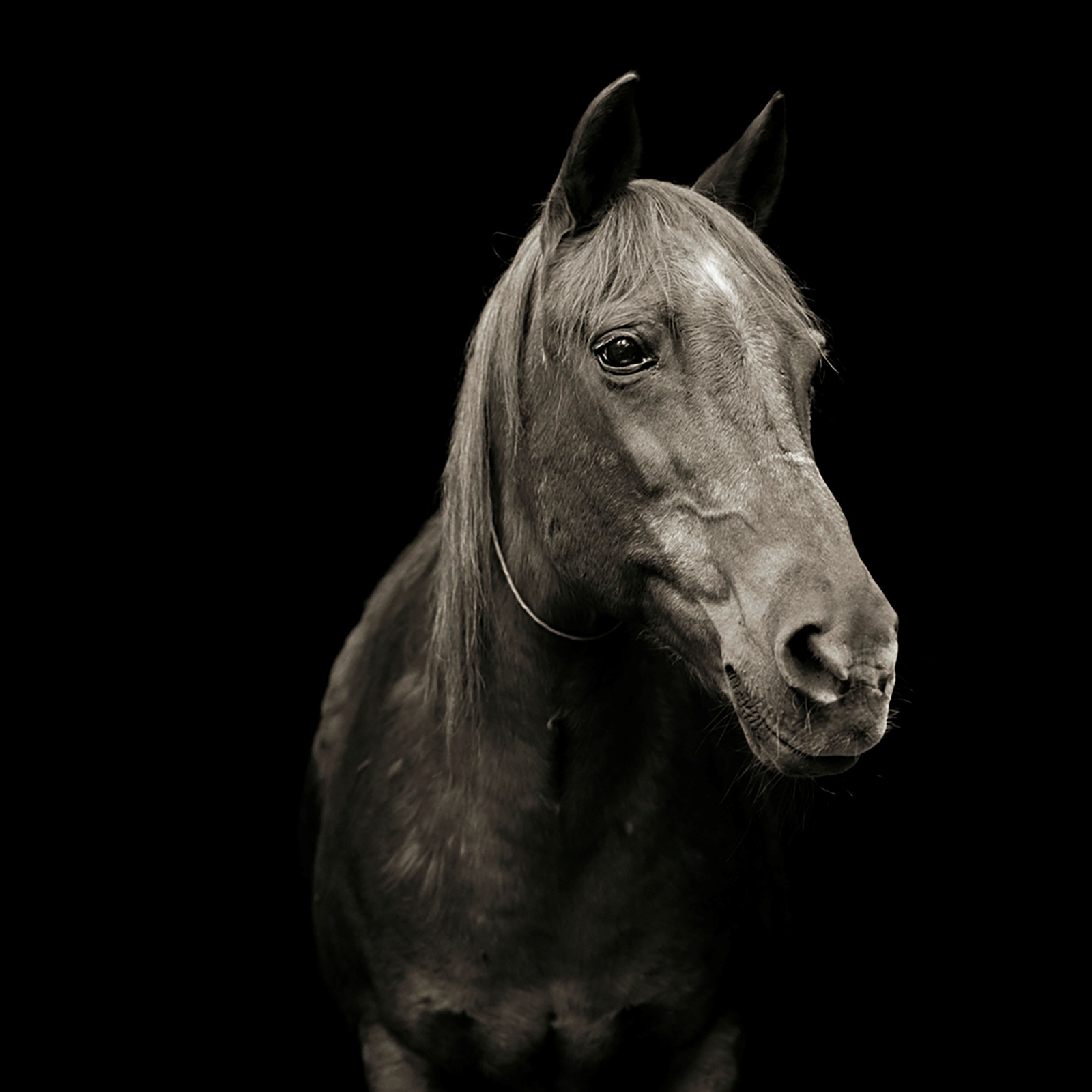 Leshko approached these black and white photos as beautiful artistic portraits. He says:

I chose images for my book that showed something unique about that animal or conveyed a particular emotion. I thought that for an image to appear in my book, it couldn’t just be a pretty picture of a cow or a pig; Rather, these images should be influenced by photos of “Mother Teresa.” I wanted the viewers of these images to understand that these adorable animals are intelligent creatures. These wise beings think, feel, and want to grow old in peace, like us.

There are many documentary components to my work. I have detailed each animal’s life before its rescue in my book. I’ve also told longer biographical stories about a handful of animals in this book. I made creative choices in post-production that I wouldn’t have made if the images were documentaries. For example, I decided to darken the backgrounds of these animals if there were any distractions. Or if an animal’s face was covered with a mask; as I thought it looked distracting and laughable, I removed it. If I were looking at this as a documentary project, I wouldn’t have done it. But since I am known first as an artist and then as an activist, it was necessary to do so. 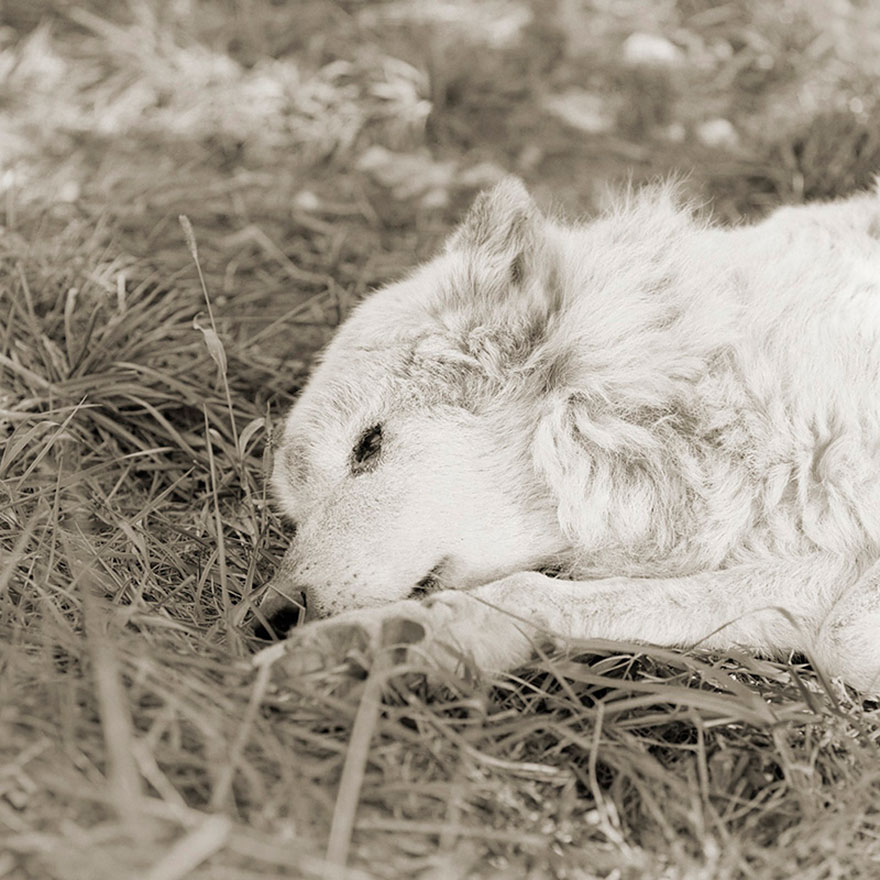 The photographer pointed out that farm and domesticated animals do not behave uniformly like the dogs and cats we spend time with and share in our homes. These animals have distinct personalities. Some are very outgoing and warm-hearted, while others seem shy and introverted.

“Many of the animals I met for my project had been rescued from terrible situations, including abuse, neglect, and neglect,” she says. These animals are survivors of various disasters, and some are cautious in approaching new people. That’s why I spent a lot of time with them before I even took a single photo of them. Most days, I lived with an animal to create a relationship. “I needed the animals I was going to photograph to be as calm as possible to capture their true personalities.”

Leshko was not interested in appearing in these pictures; Because he knew that his presence might cause these animals to react. If he felt that an animal was uncomfortable being in front of the camera, he would not take a picture of it; Because they could not express their satisfaction or dissatisfaction verbally, Leshko tried to respect their privacy. He preferred to be invisible; Because, in this way, he could observe and record the natural and comfortable behavior of these animals.

What is not shown in these photos is that Leshko was chasing animals for photos; it was important to him that the animals were in control of the situation and that he photographed them according to their conditions and not his own. For this reason, he worked with natural light and did not use any artificial light for these images that would disturb the animals. Leshko also showed a deliberate insistence on taking pictures of animals’ eyes; Because he wanted the viewers of the photos to stare directly into the eyes of these animals. Leshko has spent hours putting his body in strange positions and has even spent time lying down to record these images in mud and animal feces.

After only a few visits to the animal shelter, Leshko could no longer tell the difference between the farm animals he met and the dogs and cats he knew. In his book, he even includes portraits of old dogs to exemplify this and raise questions about why we pet some animals and slaughter others.

“When you’re thinking about how to treat farm animals, ask yourself, ‘Would you feel comfortable treating a dog or a cat the same way?'” she says. Note that I recognize that in some cultures, dogs and cats are treated this way; For example, the Western practice represents an irrational way in which some are categorized as pets, others as food, and others as pests. 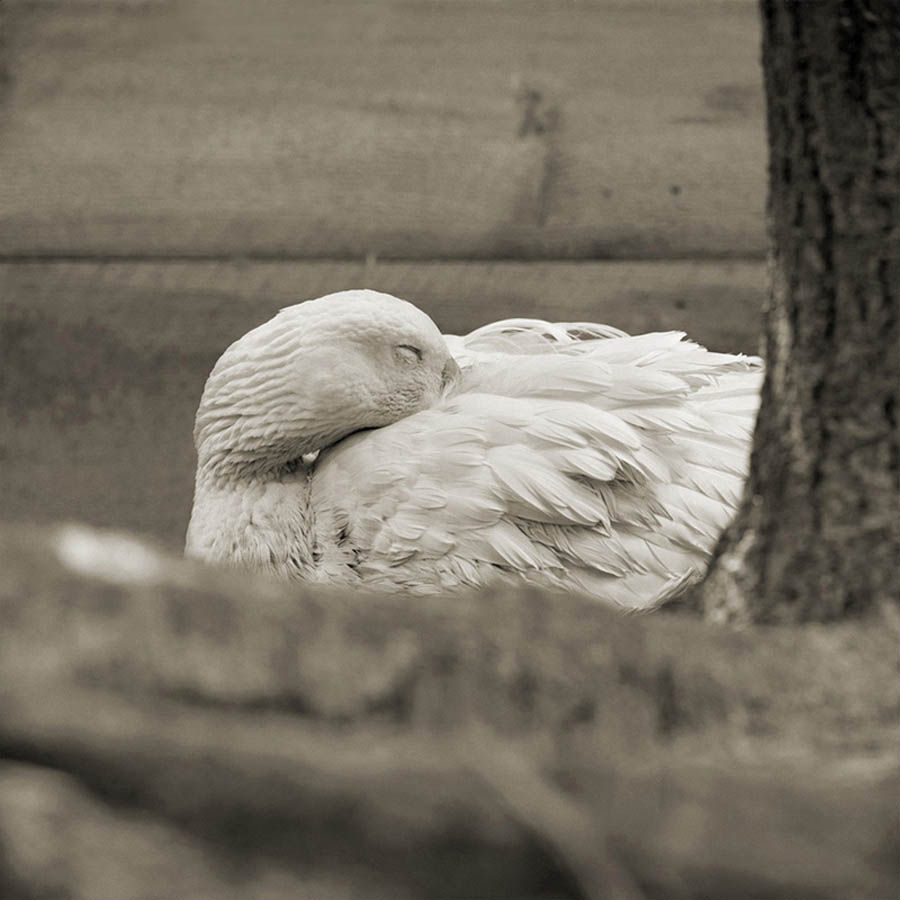 Until a few decades ago, the definition of farmed animals was limited to cows, sheep, goats, pigs, chickens, turkeys, ducks, geese, horses, some types of fish, and, in limited cases, rabbits; But today, a few animals are not bred somewhere in the world. In countries like China, dogs and cats are bred for their meat and skin. In recent years, Kangaroo breeding for meat has become popular in some parts of the world. Quail and ostrich breeding is common for meat and eggs. In some countries, such as China, particular types of bears, mice, chinchillas, raccoons, and other furry animals are bred for their skins. Breeding of all kinds of animals, especially rodents such as mice, rabbits, and hamsters, for use in experiments is well-established in most parts of the world. Crocodiles are bred in some parts of the world to use their skin and meat.

Breeding animals are born to be killed after a short period without enjoying the freedom and other pleasures that nature has planned for them. Nowadays, with the excessive increase of the human population on the one hand and the excessive consumption of animal products, on the other hand, the demand and the supply of animal products have increased dramatically. As a result, traditional animal husbandry has given way to industrial animal husbandry, Where the facilities are not adjusted based on the needs of the animals; instead, the animals have to adapt to the existing conditions and facilities.

For example, instead of taking the animals out for grazing, they are kept in a minimal space in a stable, or because changing the straw and straw requires extra time and labor, the animals are kept on mesh concrete floors; so that their urine and feces flow directly from the holes into the excrement channel. Also, instead of providing favorable living conditions for animals, antibiotics are given to animals as a preventive measure to prevent infectious diseases, or the children of animals are weaned from their mothers as soon as they are born.

Almost all farmed animals, from chickens to cows, suffer from being underweight and have heart problems. In other words, in industrial farms, animals must live in the smallest possible space, reach the highest possible weight or productivity rate in terms of egg or milk production in the shortest possible time, spend the least amount of money, and then be killed at the end. To increase the weight or productivity of animals quickly and excessively, methods such as genetic modification, eugenics, and feeding hormonal substances and heavy foods (such as grains and soybeans) that are not the natural food of animals are used.

Artificial insemination, successive pregnancies, living in suffocating cages or stables away from sunlight and open air full of ammonia and stench, pain, amputation without anesthesia or even anesthesia, exhausting journeys from town to town or even From this continent to that continent, and painful and scary deaths make up the life of these animals. The life of any of these animals is not similar to their life with their relatives in nature. Animal husbandry, especially industrial animal farming, does not only kill animals but also questions their identity and existence as beings with intelligence and feelings and lowers their value to the level of parts lacking intelligence and emotions, Parts that have input and output. As soon as their productivity falls below the expected level, they can be broken and thrown away.

Approximately fifty to seventy billion farmed animals are produced annually in global factories. These animals are born to be slaughtered and consumed; For this reason, one of them reaching old age is something like a miracle. Most of the relatives of these animals die before the age of six months. The photographer of this collection tried to find a way to tell us that many of these animals will take the dream of growing old with them to the grave by depicting the beauty and dignity of the aged farm animals. 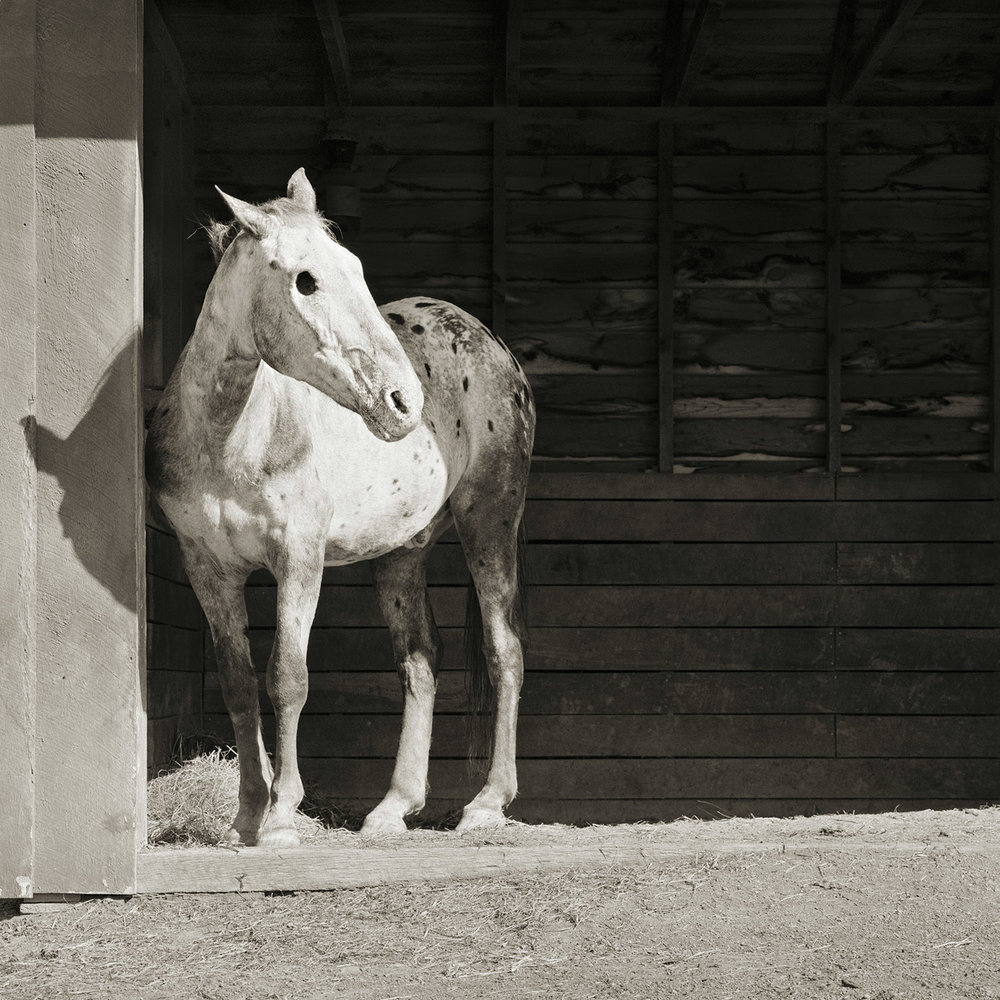 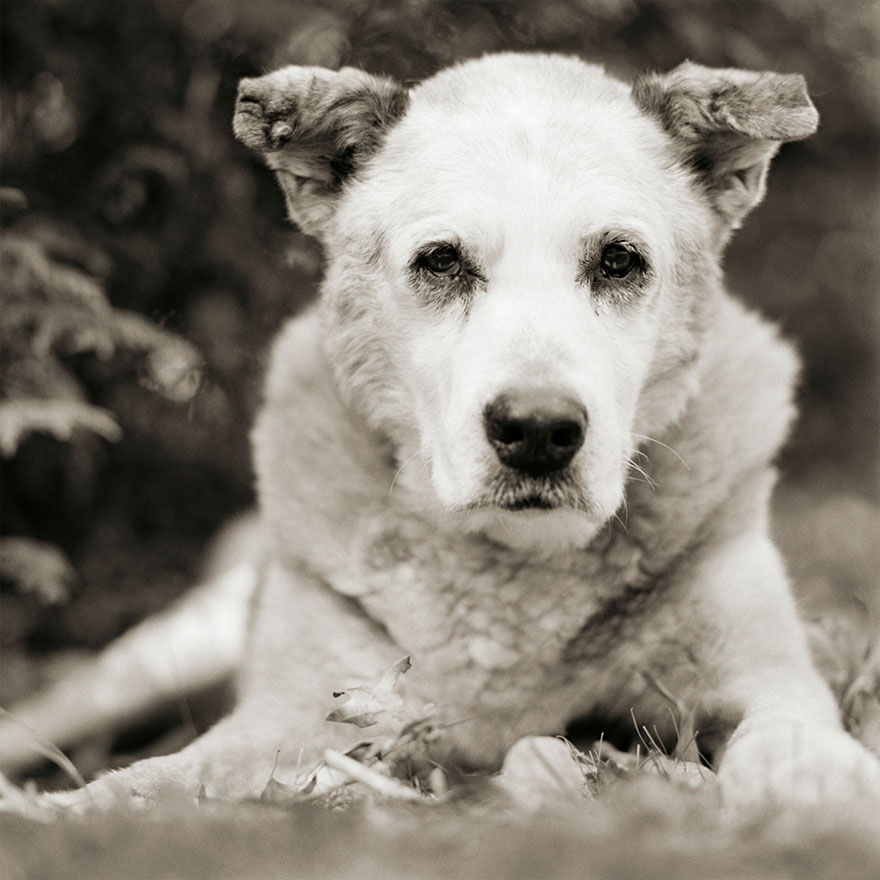 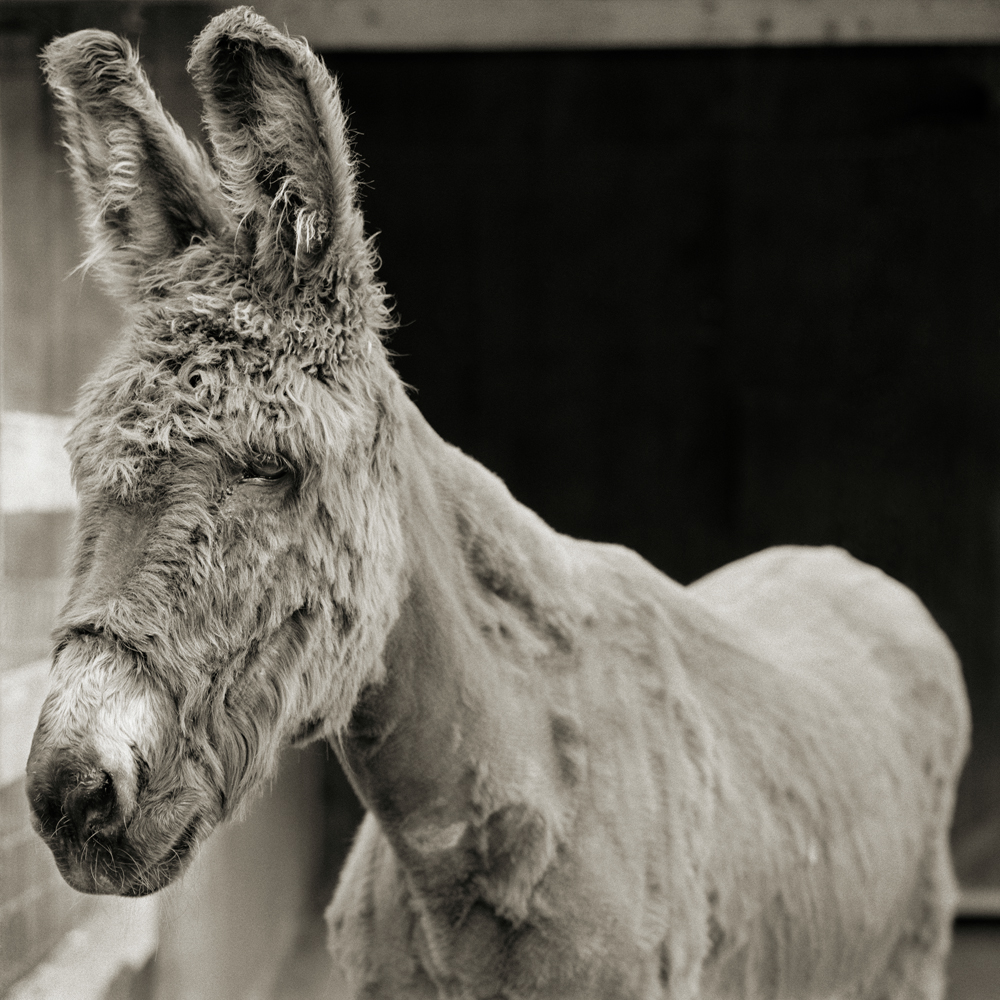 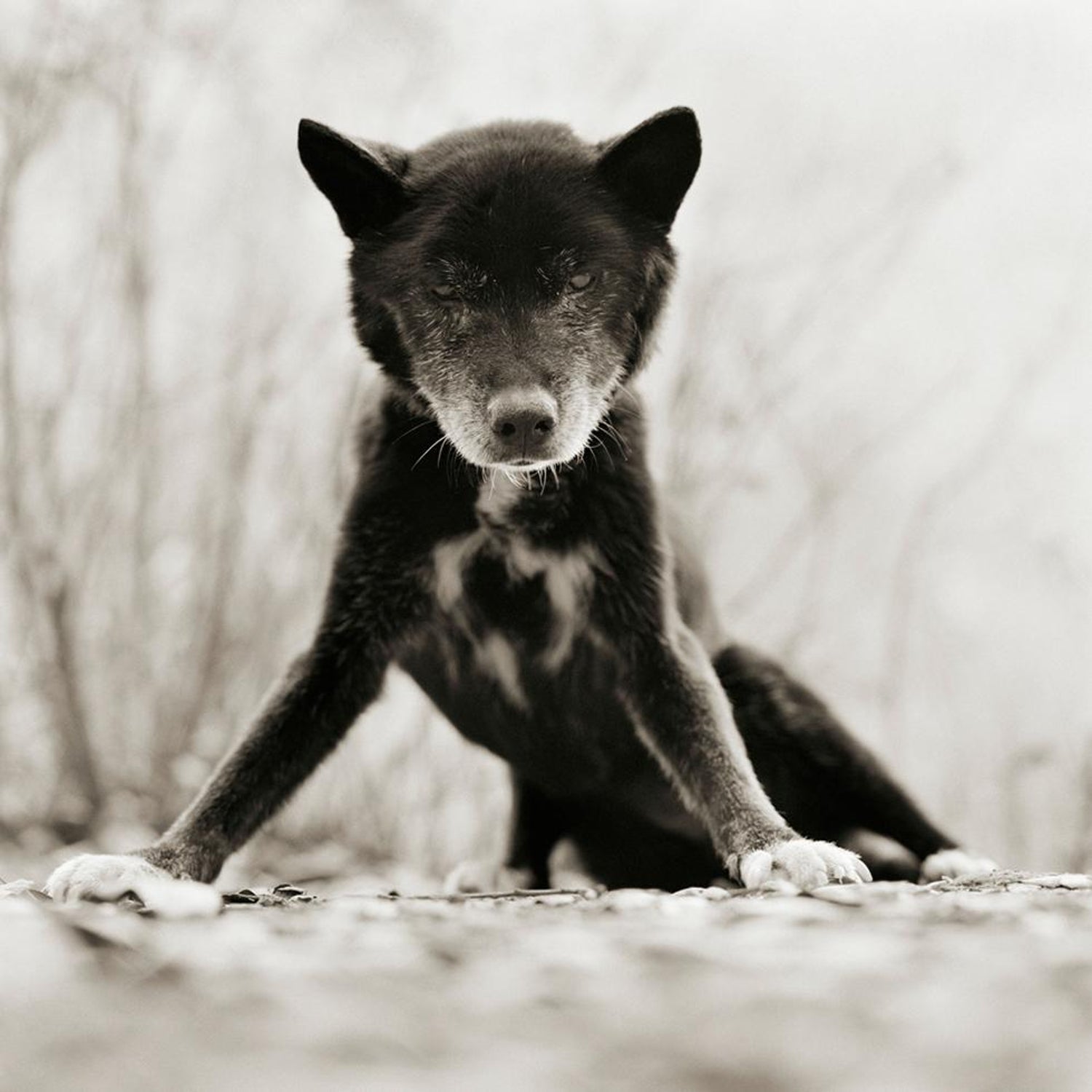 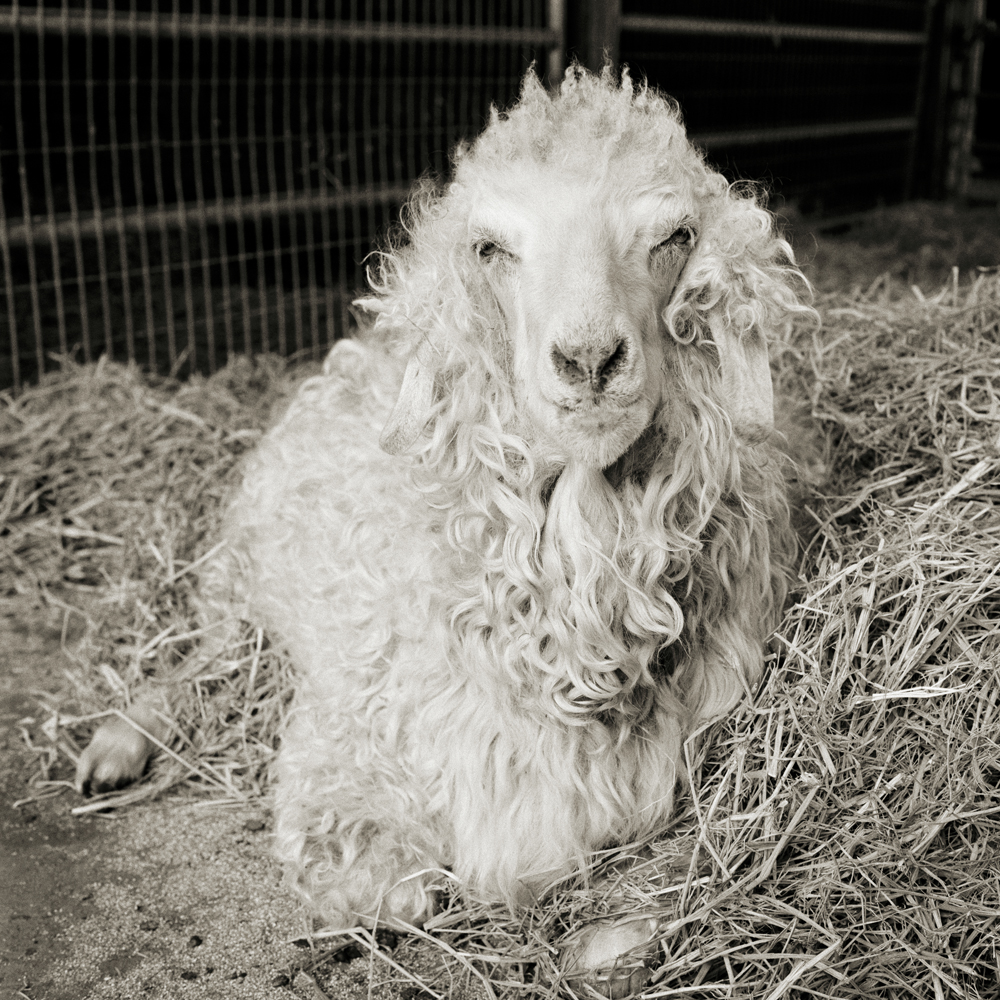 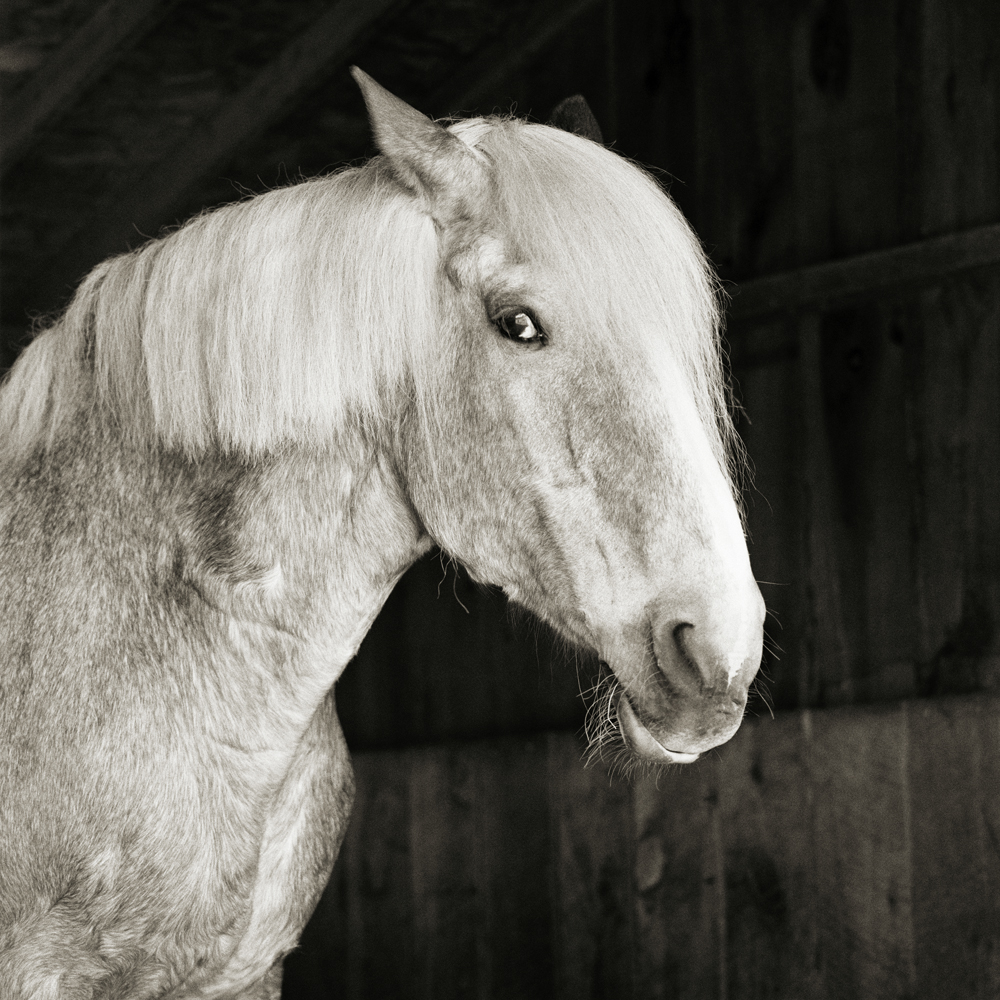 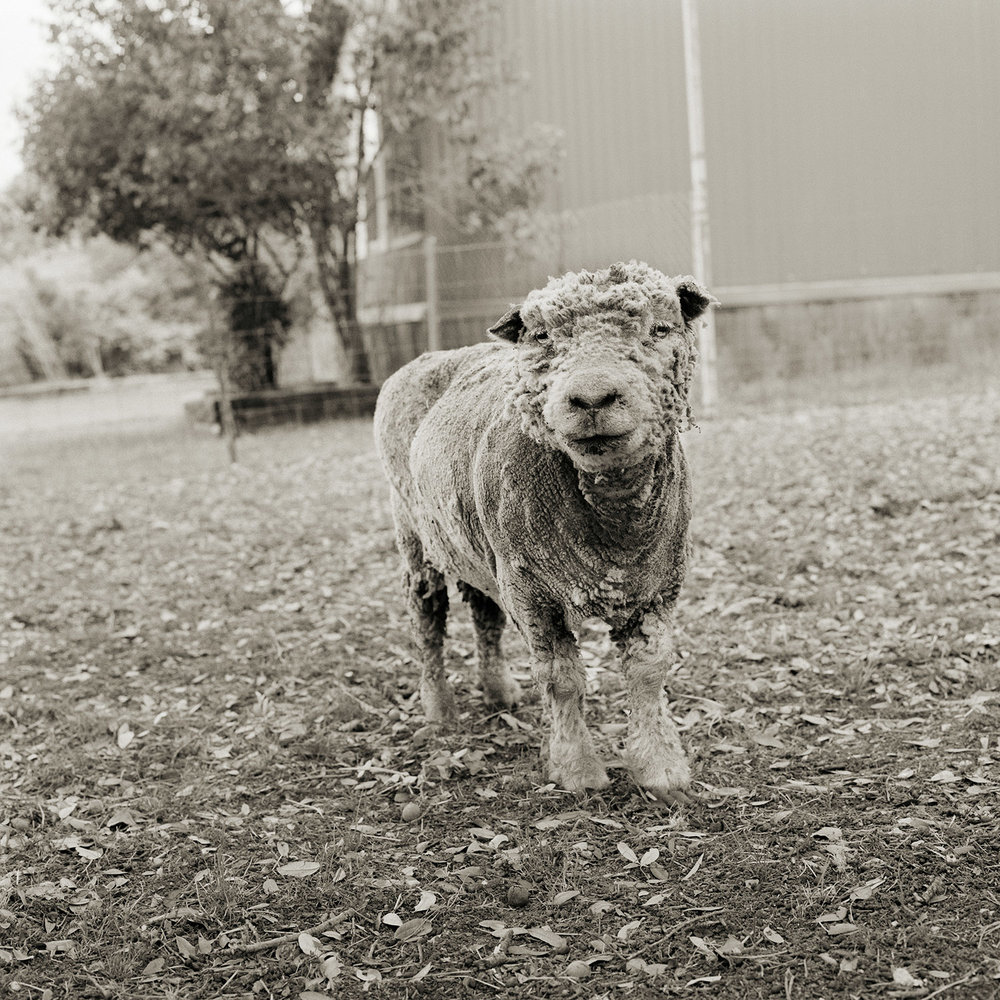 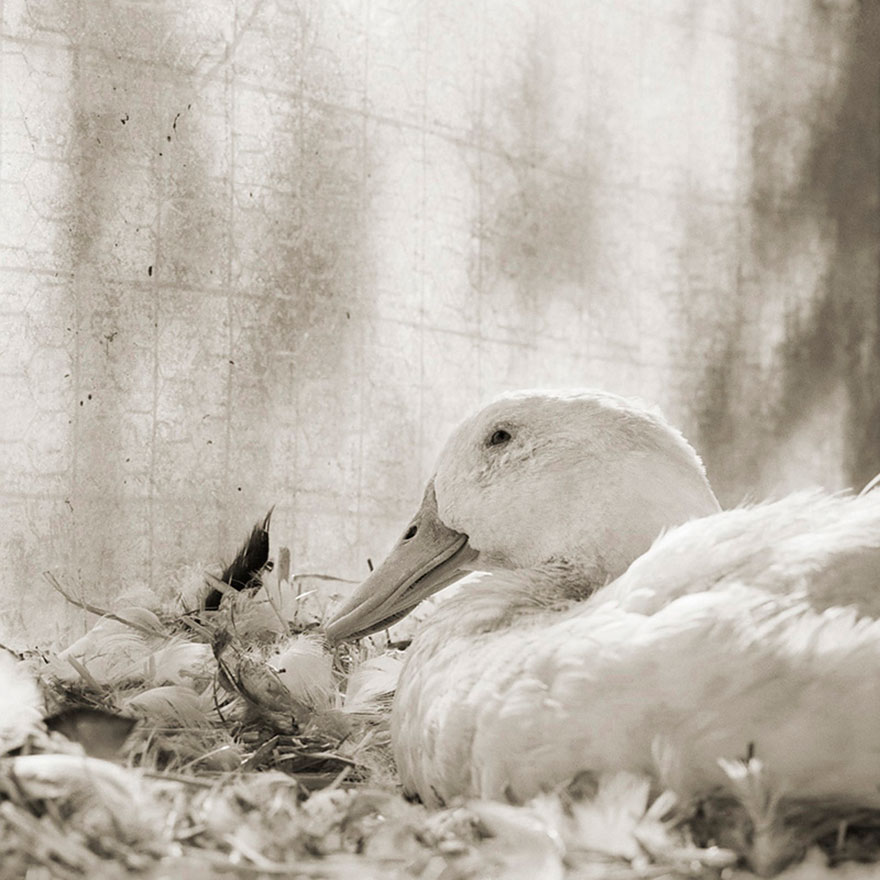 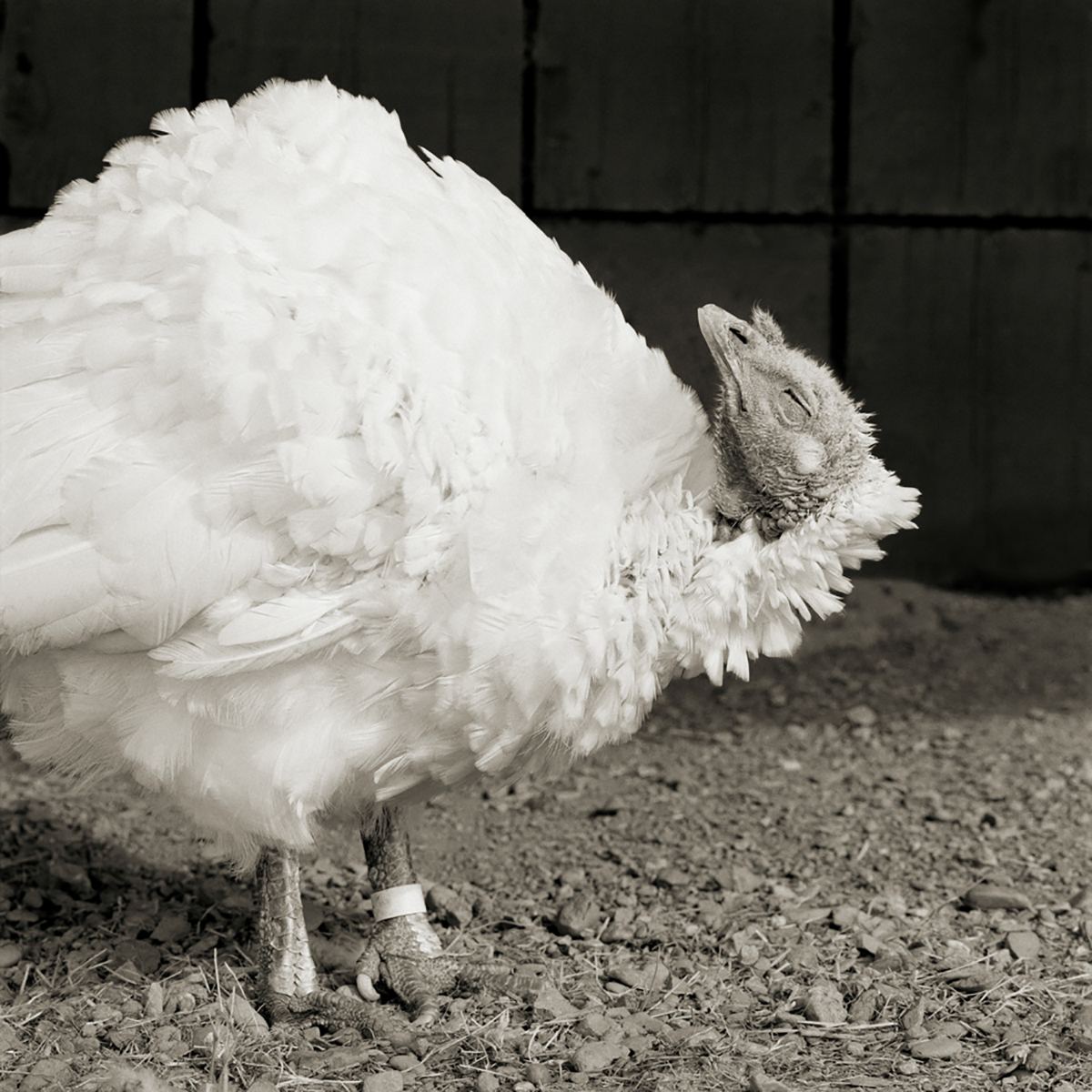 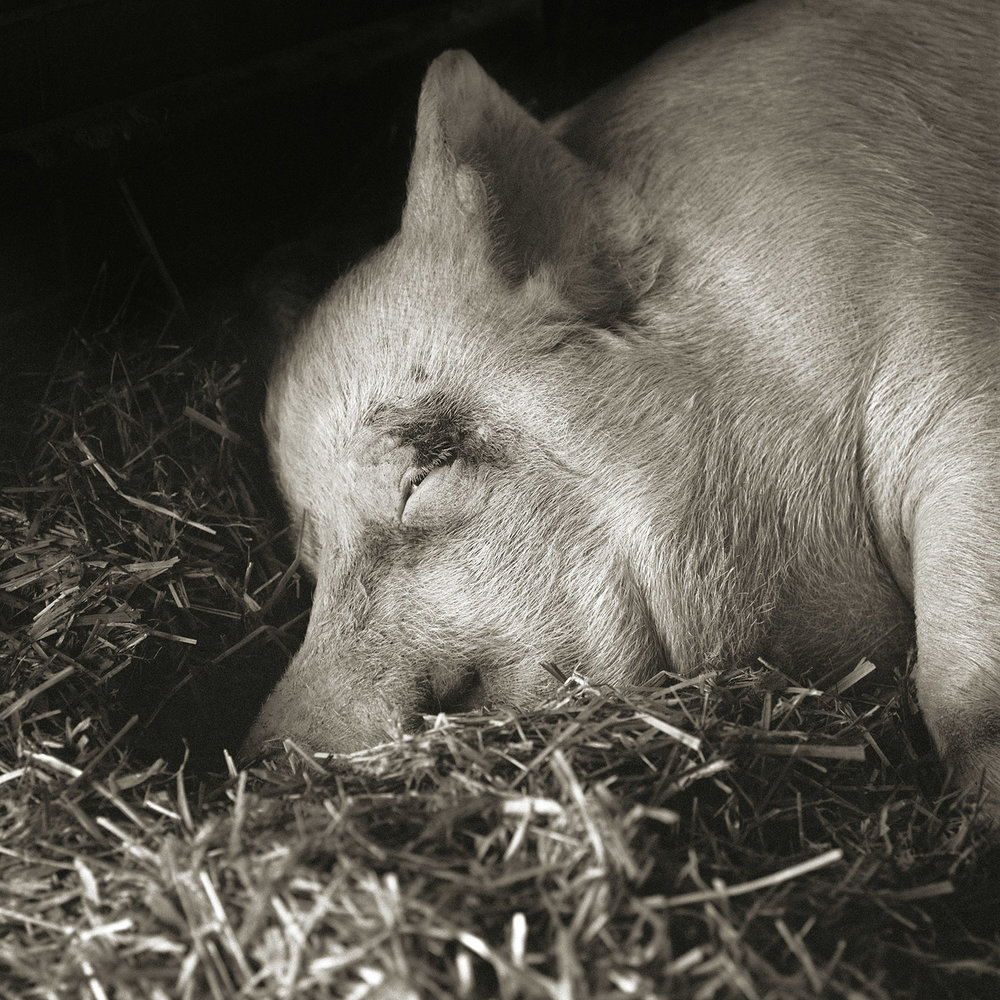 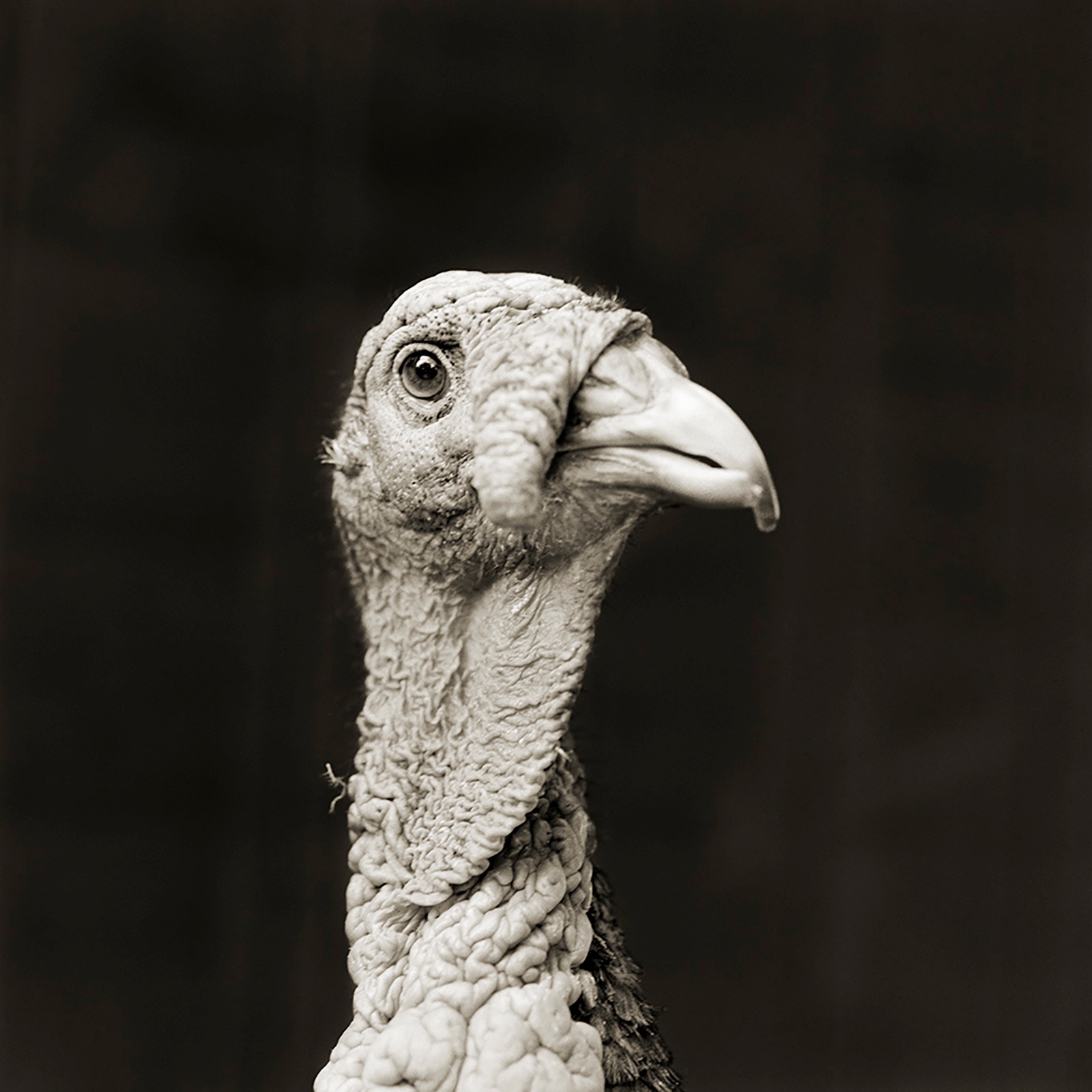