If you ask most people what your computer operating system is, they may not be able to give the correct answer, but if you ask what Windows is, you will probably get the right answer from them!

Since Windows is very popular, many people do not know that we have other operating systems besides Windows that are also very popular. Like Linux and Mac.

You can install Mac OS on Apple laptops, and since it is not used on servers, we will not talk about it in this post.

A dedicated server is a complete server that you can access with all the features and you can also customize it as you wish.

All ports and software can be used exclusively for you and all resources are managed by you and there is no sharing.  On a dedicated server, if you want to install licensed software, the entire cost of purchasing will be paid by yourself, or if there is a problem and hackers attack your server, you are responsible for protecting the files and preventing hackers from accessing them.

The Windows operating system is a famous product of a private company (Microsoft) and you have to buy its license to use it.

The Windows operating system is not highly customizable, and because of this there is a lot of malware for Windows, it is at a lower level of security than Linux. Windows servers require more resources to run the operating system than Linux servers, which makes them less cost-effective. Working with Windows servers is easier because we are all more familiar with Windows, but working with Linux is more difficult and in fact, you have to constantly work with the Linux command line and terminal, which makes server management very difficult for beginners. Windows servers are mostly used to host websites whose programming language is ASP.NET.

Highly visited sites do not necessarily buy their own servers. The managers of hosting companies are the main customers of dedicated servers. They buy or rent these servers and divide the server into smaller sections (virtual server/host) according to their customers.

Apache webserver is open source and free like Linux. There are many tutorials on the internet that you can refer to wherever you get stuck. You can quickly install the Apache webserver on a Windows or Linux server and upgrade a site using it.

Apache has a lot of customization capabilities and you can do whatever you want. That’s why most Linux servers use Apache. In addition to the mentioned advantages, Apache does not have much power, and if you have a high-traffic site, it is better not to use Apache. Because if the number of requests is high, it does not have a suitable output.

Engine X Web Server is also installed for free on Linux servers alongside Apache and can optimize processing and increase the power of a dedicated server. In fact, Engine X is a load balancer that overcomes Apache processing limitations and maximizes server resource capability.

Configuring Nginx is a bit more difficult and requires more knowledge. X-engine servers are usually less stable and require more management. There are few tutorials available on the Internet for this web server.

Apart from operating systems, the hosting control panel is the part where you can change the hosting service settings. For example, you can manage your files. Control domains or make other changes. We have three famous control panels that use on different servers. C-Panel and Direct Admin control panels on Linux servers and Plesk control panel on Windows servers. 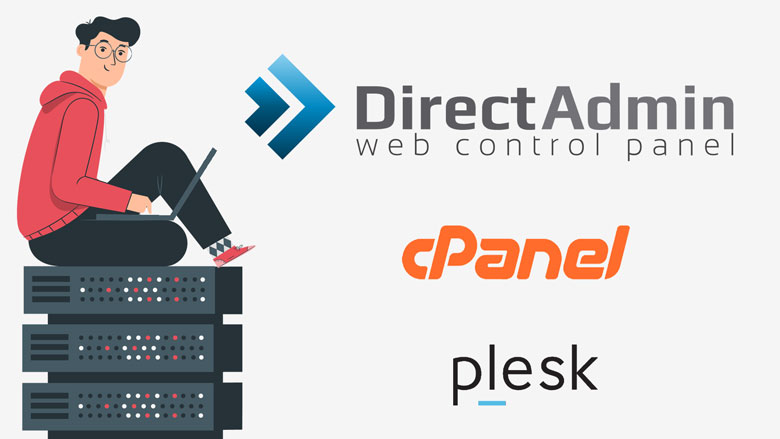