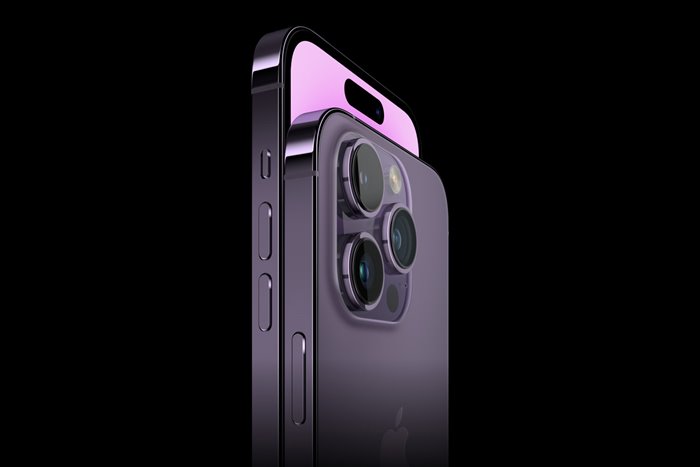 iPhone 14 Pro And iPhone 14 Pro Max, Apple’s New Flagships, Arrived With A Screen Equipped With A Hole, A 48-Megapixel Main Camera, And A Satellite Communication System. These Two Are The Most Powerful Phones In History.

“The most advanced iPhone in the world in the field of imaging, processing power, and user experience”; This is the claim that Apple makes every year for iPhones, but none of the phones in this family adhere to this claim as much as iPhone 14 Pro and iPhone 14 Pro Max. The new flagships bring the iPhone much closer to the ideal state.

Apple’s latest forays into the mobile market are a collection of everything you’d expect from a premium device: an unparalleled imaging experience, excellent charging, unrivaled processing power, and an eye-catching design.

Apple’s iPhones are not considered the most advanced phones in the world on paper, but Apple has proven many times that without playing with numbers, it puts its competitors to sleep. The new iPhone Pros are flawless devices and have experienced a generational improvement.

The formula for full-screen iPhones was written in 2017 with the unveiling of the iPhone 10, evolved in the iPhone 11, and underwent a significant change with the iPhone 12. Like the previous generation, the new Pro iPhones still have a flat edge, are equipped with a glass back and front panel, and use a steel frame. Apple’s formula has worked for years, so there’s no reason to expect a revolutionary change in iPhone design. 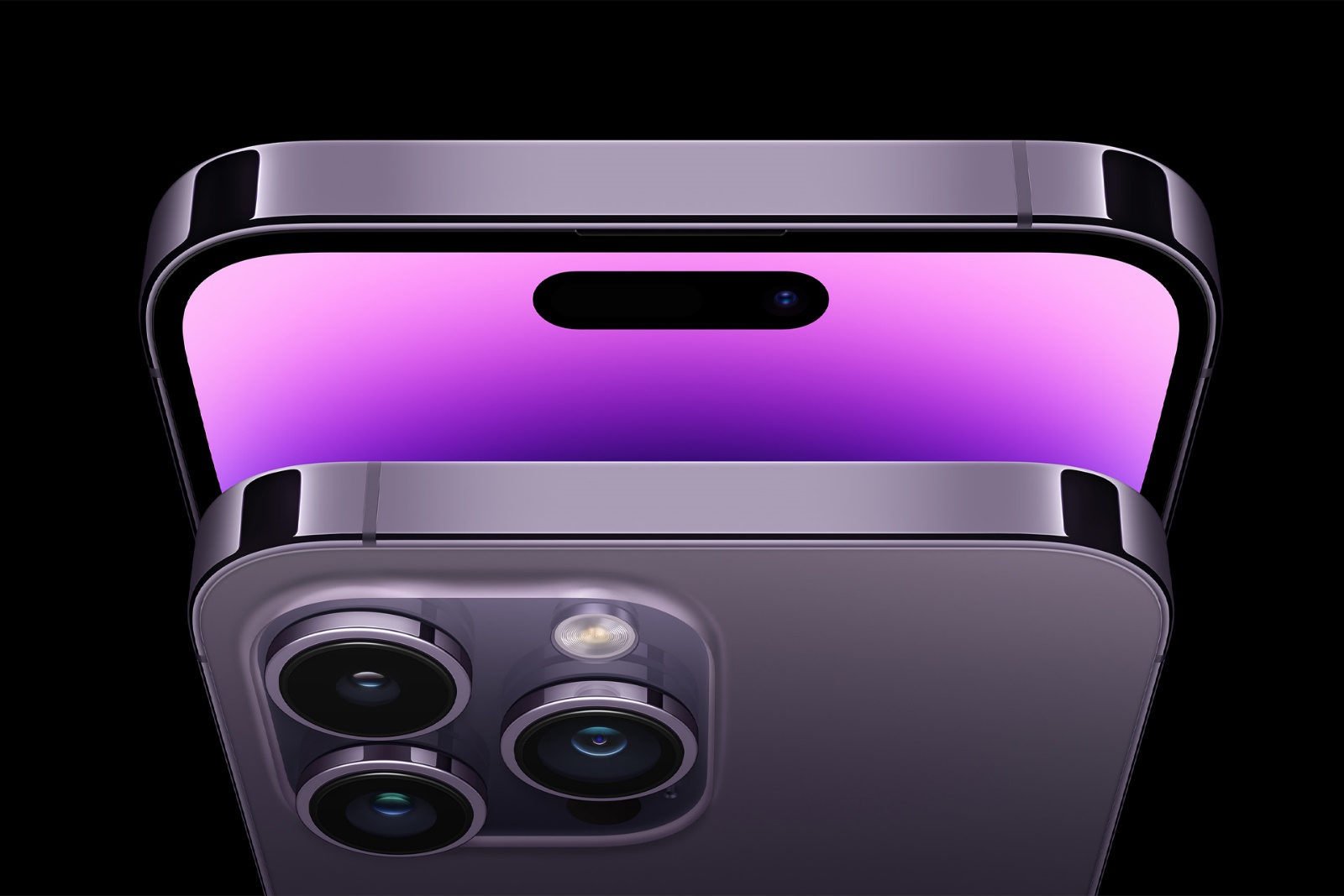 Although Apple has found a successful formula, it continues to improve it. The iPhone 14 Pro and iPhone 14 Pro Max continue the way the iPhone 10 started, but they feature a hole instead of a notch on the front panel for the first time in history.

The new generation iPhones have a very high build quality and challenge the best in the market. One of the remarkable things about iPhones is their resistance to water penetration. The iPhone can stay in 6 meters of water for up to 30 minutes without any problems. 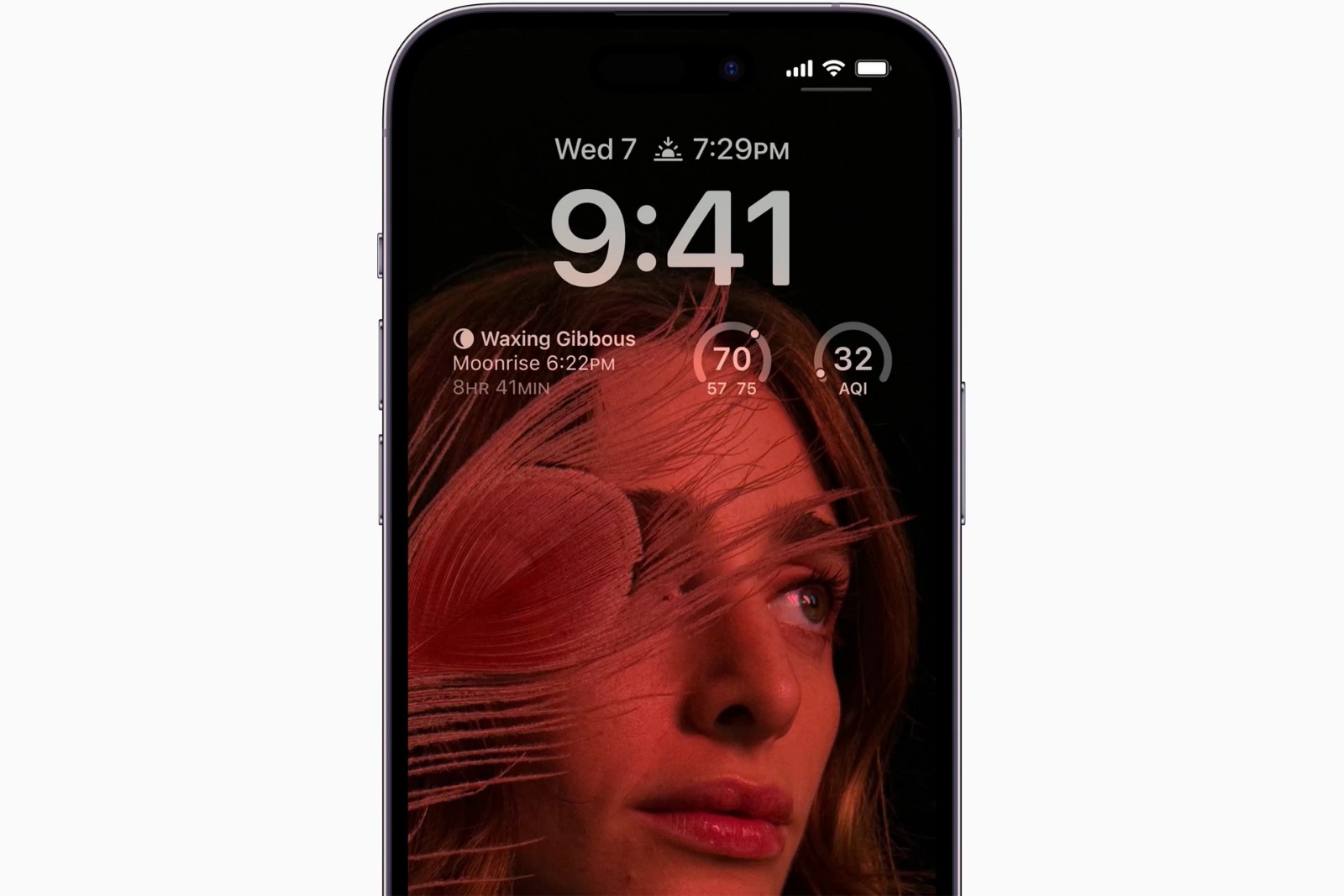 The brightness of the display of the new iPhone Pro generation in outdoor environments reaches 2,000 nits, which is twice as much as the iPhone 13 Pro. Apple says that in always-on mode, the display’s refresh rate drops to one hertz so as not to drain too much battery power. The Cupertino company has also introduced some unique technologies to reduce energy consumption even more. The always-on display makes the new lock screen much more helpful. This mode lets you quickly see information such as time, widgets, and Live Activities.

The most significant change in the new iPhone Pro generation is related to the front panel. Before the Apple event, I thought it was that the upper part of the iPhone Pro and Pro Max display would host two holes. Apple says the new Pro iPhones will feature a capsule hole at the show’s top to replace the notch. This capsular cavity is dynamically adjusted.

iPhone 14 Pro and iPhone 14 Pro Max are equipped with Dynamic Island for the first time in iPhone history; This system replaces incision

Apple says it has managed to move the proximity sensor to the back of the display. Notifications and alerts adapt themselves to the capsule cavity. In the new iPhones, the messages have a new animation and come out of the capsule hole above the screen. Apple calls this innovative system “Dynamic Island.” For example, it expands when playing Dynamic Island music. At the Far Out event, Apple precisely maneuvered this feature in the new iPhone Pro generation.

Apple has redesigned the TrueDepth camera in the new iPhone Pro generation to take up less space. Dynamic Island remains active without causing problems accessing the content displayed on the screen so that users can easily access various features. Applications such as Maps, Apple Music and Timer are compatible with Dynamic Island, and it is possible to interact with them.

The high processing power of the A16 helps the new generation iPhone Pro to display Dynamic Island animations without any problems. Apple says A16 is the most powerful chip in the history of mobile chips. 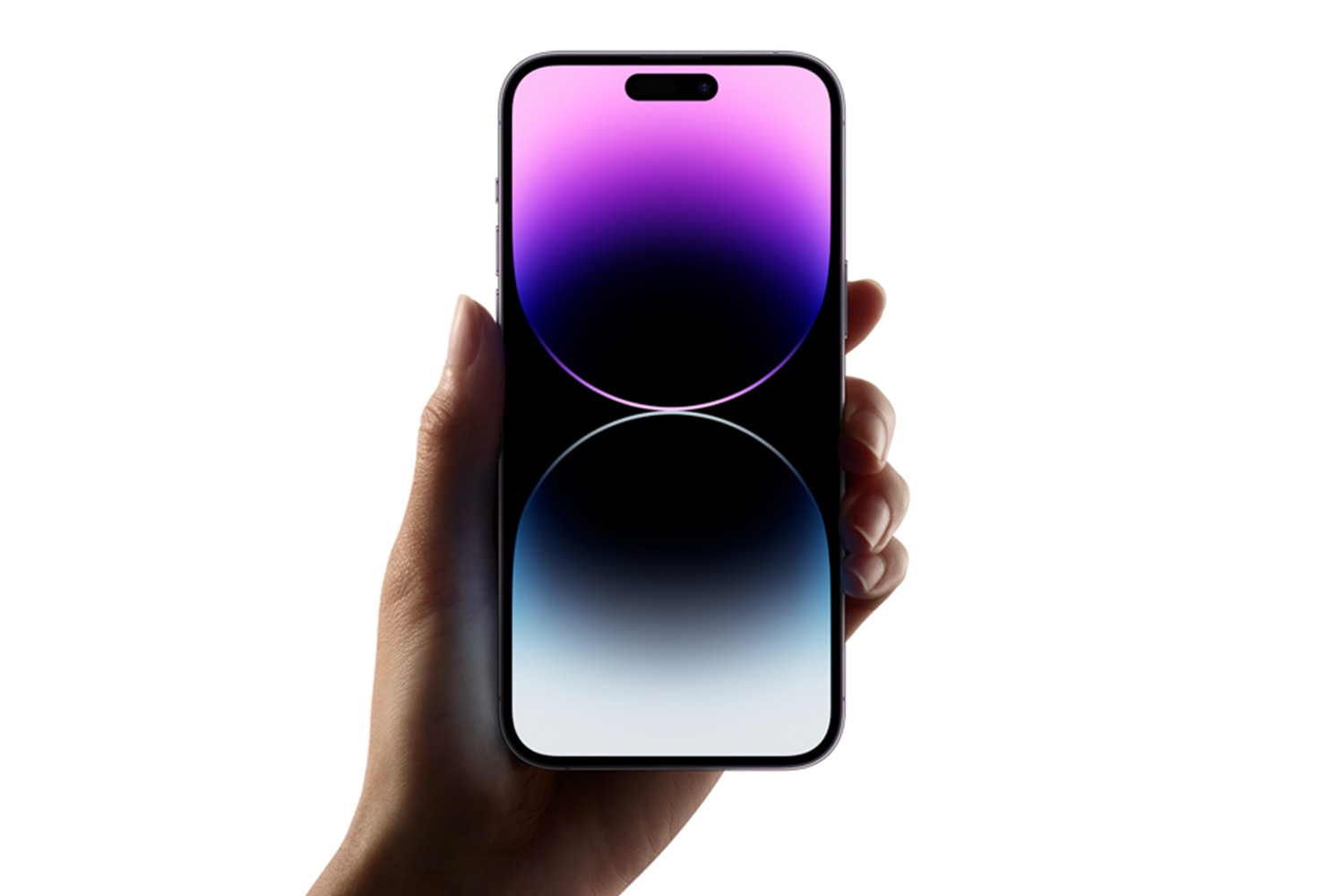 According to Apple, the CPU unit in the A16 chip is up to 40% faster than competing chips and efficiently processes heavy tasks. This chip uses a five-core graphics unit with 50% more bandwidth. The A16 also has a new 16-core neural engine that can perform approximately 17 trillion operations per second.

After years, Apple has significantly changed the iPhone’s primary camera. For the first time in history, we are facing an iPhone that uses a camera with a primary sensor of 48 megapixels. Apple says that the primary camera of the iPhone 14 Pro and iPhone 14 Pro Max is twice as good at night photography as compared to the previous generation. This camera uses the technique of combining four pixels and is placed behind a lens with an aperture of f/1.78 and a focal length of 24 mm.

A16 Bionic; The most powerful mobile chip in the world

In most scenarios, the iPhone Pro’s primary camera combines all four adjacent pixels to create a 12-megapixel image (combining pixels results in a 2.44 µm pixel). The combination of pixels creates larger pixels, and as the pixel dimensions increase, the number of light absorption increases, and finally, the details and quality of the photo improve. The 12-megapixel images recorded with the iPhone 14 Pro and Pro Max camera will be more transparent and of higher quality than the 12-megapixel images of the previous generation iPhones.

Apple has developed a new machine learning model for the 48MP sensor. By cropping the sensor, Apple says it provides 2x zoom without quality loss at a focal length of 48mm. The new iPhones also make improvements to the ProRAW format. Apple moved the image stabilization system directly to the image sensor two years ago. The sensor-Shift anti-vibration system in iPhone 14 Pro and iPhone 14 Pro Max entered the second generation and performed better.

Apple says the iPhone 14 Pro and iPhone 14 Pro Max will take computational photography to a new level thanks to the Photonic Engine. Thanks to this engine, all rear panel cameras perform better in medium to low light environments. Apple says that to deliver its unique capabilities, the Photonic Engine introduces Deep Fusion earlier into the image processing equation to increase the final image quality significantly.

The 48-megapixel camera of the iPhone 14 Pro and Pro Max captures a 12-megapixel image with large pixels in most scenarios.

The iPhone’s telephoto camera enables optical zoom three times. The selfie camera, which has an f/1.9 aperture lens, performs up to twice as well in low-light environments as the previous generation.

Apple has also modified the flash system of new generation iPhones. According to Apple, this new flash has twice as much light and reacts to the focal length of the images. 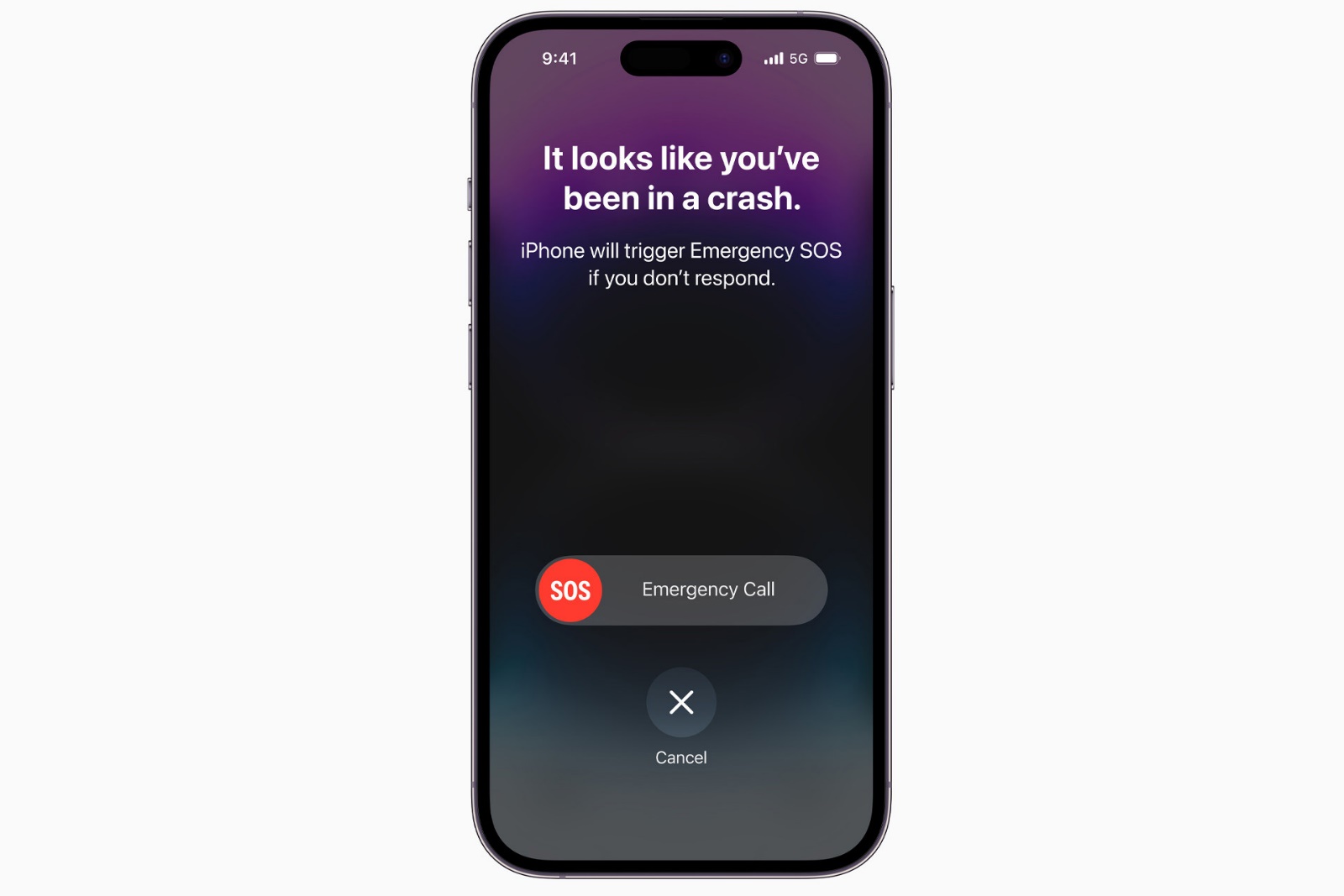 iPhone 14 Pro and iPhone 14 Pro Max phones can detect G-force with high accuracy thanks to the new dual-core accelerometer. The use of these sensors has made the iPhone equipped with crash detection. After witnessing the accident, the iPhone calls the emergency services.

In addition to the new accelerometer sensors, crash detection relies on other sensors used in the iPhone. The barometer sensor in the iPhone can now also detect changes in the pressure in the car cabin, the GPS is more accurate than the previous generation, and the microphone can detect loud noises caused by accidents. 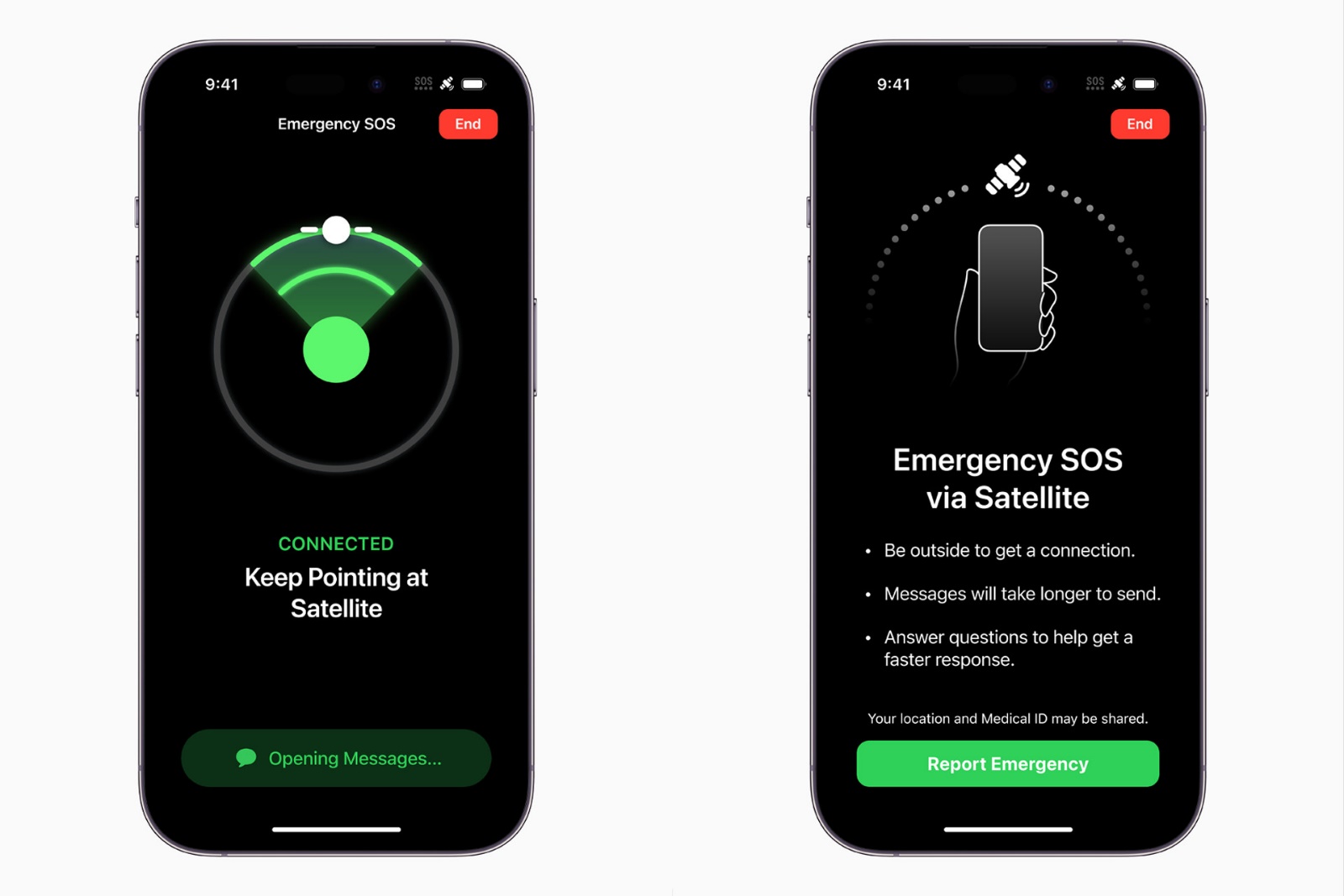 iPhone 14 Pro and iPhone 14 Pro Max are additionally equipped with a satellite communication system that Apple calls Emergency SOS via Satellite. Thanks to this system, the iPhone can connect directly to the satellite. The iPhone’s satellite communication system makes it possible to send messages to emergency services and other emergency services in areas where cellular networks and Wi-Fi are unavailable. Sending a message via satellite takes several minutes.

Thanks to the powerful modem, the new generation iPhones have high download and upload speeds when connected to the 5G network. Apple says more than 250 carriers in 70 countries now support 5G. Models of the iPhone 14 Pro and iPhone 14 Pro Max released in the US do not have a physical SIM card slot and are based solely on an electronic SIM card.

Apple launches the iPhone 14 Pro at $999 and the iPhone 14 Pro Max for $1,099. The price of these two phones has not changed compared to the previous generation. The new iPhones still have 128 GB of storage in the basic configuration and use one terabyte of memory in the most influential design.