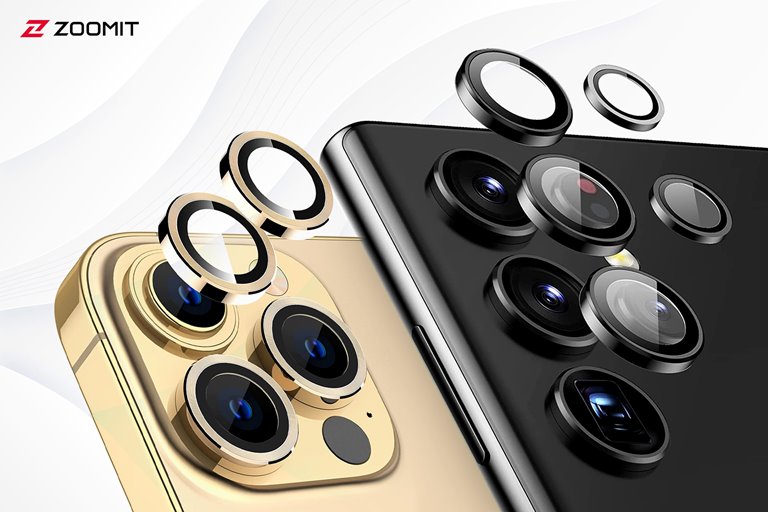 And what Is The Effect Of The Focal Length And The Opening Of The Aperture In The Camera Lens?

In this article, we will review all types of phone camera lenses.

Smartphones are among those products that have made significant improvements in recent years. One area that has seen a leap forward is the phone camera. This progress has been so substantial that some users rely on smartphone cameras to take photos and share them online.

It’s not even wrong to know that according to the Chairman of the Board of Directors and CEO of Canon, Fujio Mitarai, “the decline in sales of low-end models in the digital camera market continues to decline, thanks to the advancement of the smartphone camera”; So it is not without grace that we get to know more about the new and advanced capabilities of the smartphone camera. 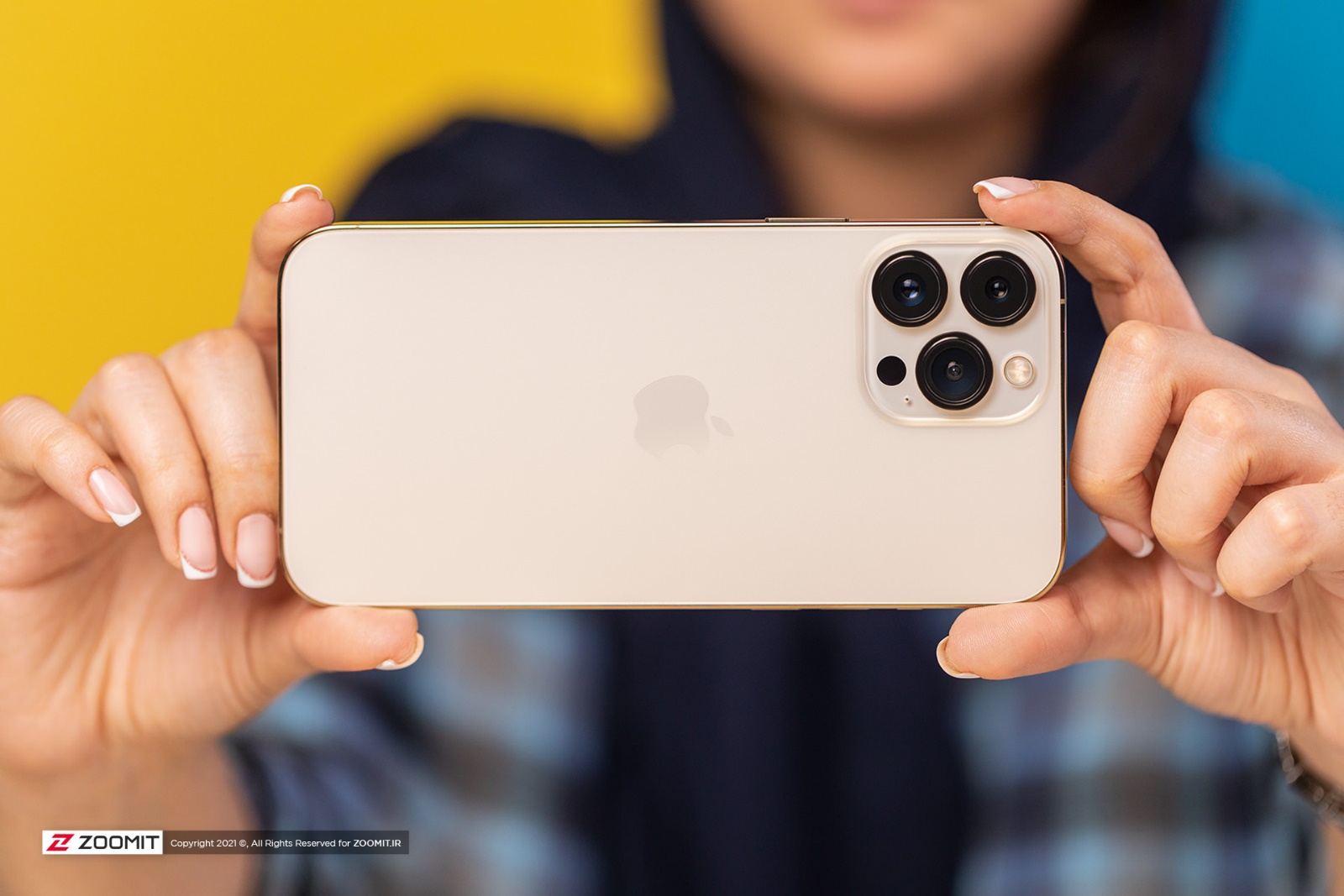 It should note that in recent years, some manufacturers of digital cameras and accessories related to optics, instead of competing unequally with mobile phone cameras, have decided to cooperate with smartphone manufacturers, the most famous of which are Huawei and Leica, OnePlus, and Hasselblad, Vivo and Zeiss, and more recently Xiaomi and Leica, pointed out that the result of these collaborations has led to many improvements in the world of smartphone cameras.

The cell phone camera consists of two essential parts; a Sensor and a lens.

The sensor consists of pixels and determines how many megapixels the camera has, and the lens defines the camera’s angle of view. In general, it can say that the bigger the camera sensor, the more light is absorbed by the pixels of the sensor, and finally, a better, brighter, and clearer photo is recorded. 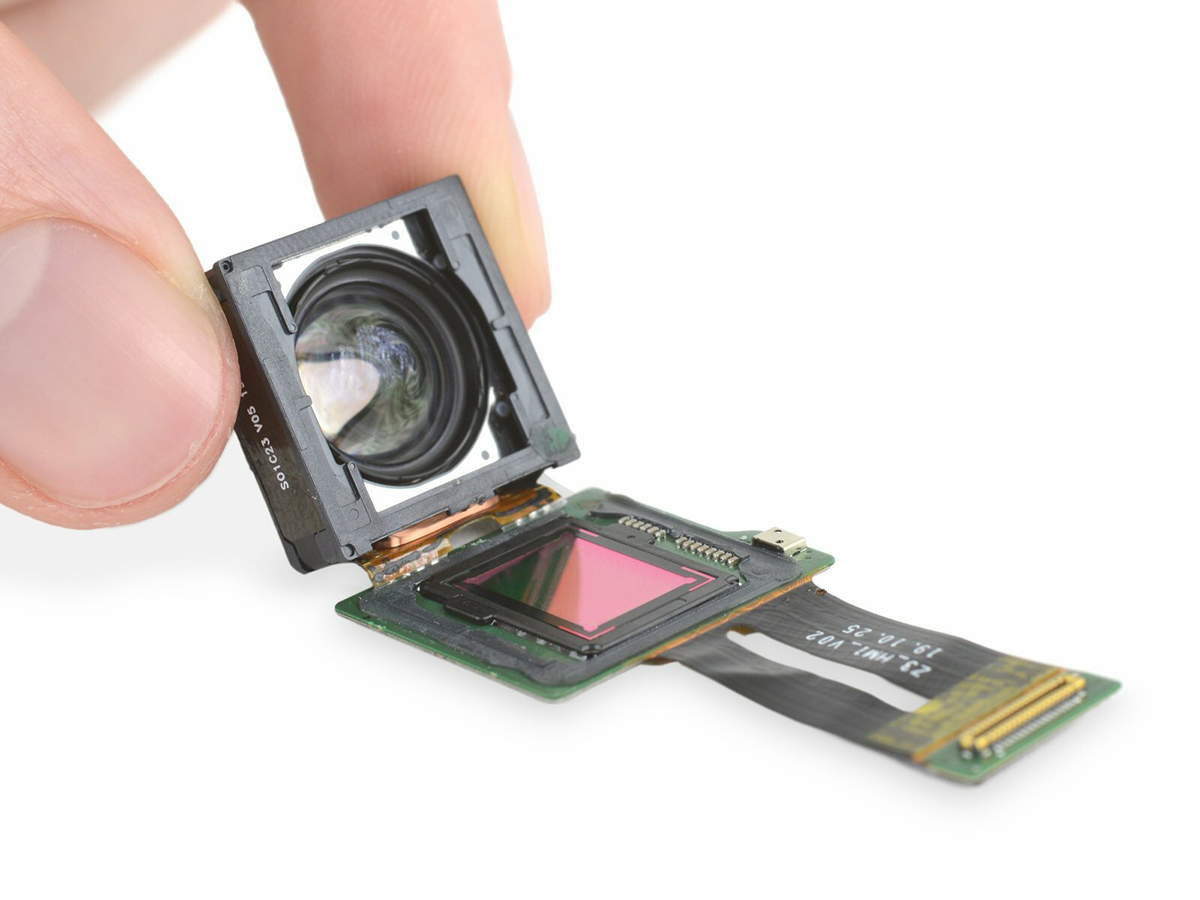 In the smartphone camera world, the largest sensors used are one-inch, which in the past could only be found in bridge or compact cameras. For example, a 1/1.76-inch sensor receives more light than a 1/4.5-inch sensor, which results in brighter, less noisy, and more detailed photos; Of course, the aperture of the lenses placed on both sensors is the same. 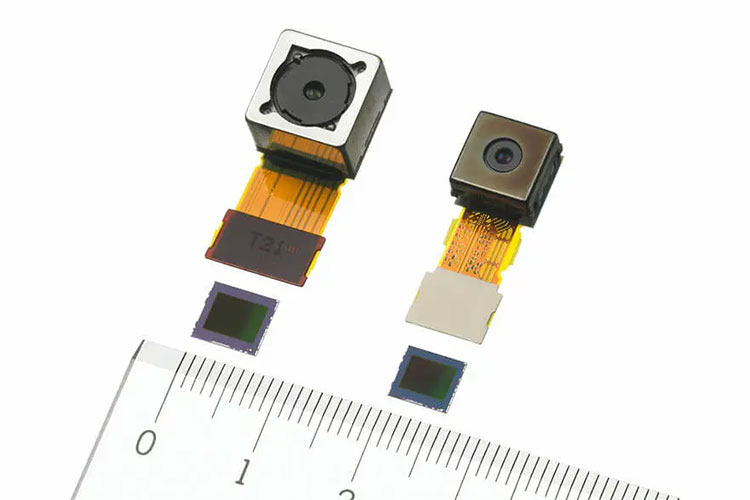 The sensors first entered the smartphone camera world with a size of 0.35 megapixels and have traveled a long way to 12 and 16 megapixels; Of course, you may have heard numbers like 48, 64, and 108 or recently 200 megapixels, but it is not harmful to know that the photo output of these sensors usually is 12 or 16 megapixels and a large number of small pixels on these sensors, using Aggregating adjacent pixels and forming a larger pixel reaches 12 or 16 million pixels. 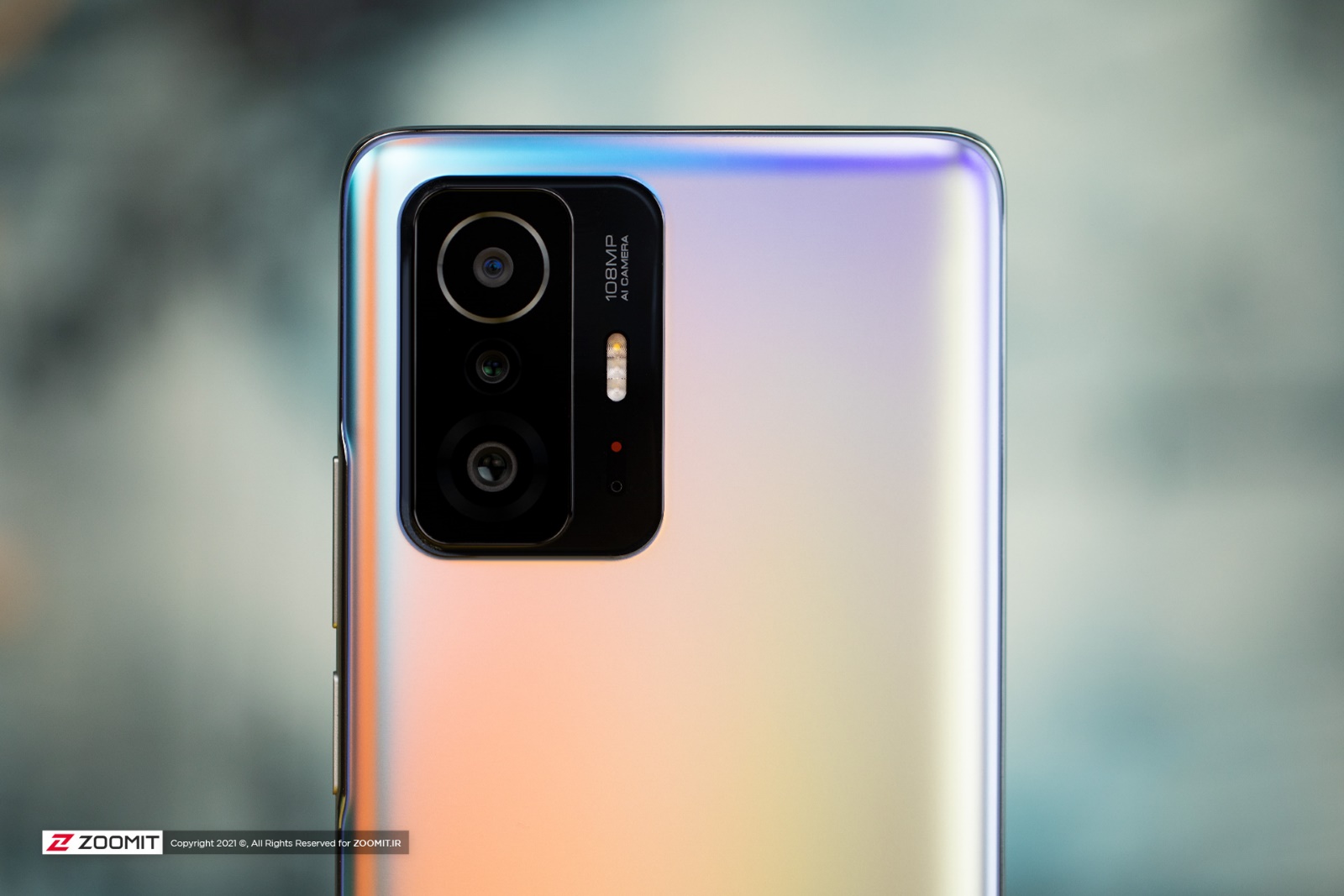 Lenses are generally defined by two numbers, one indicating the focal length (for example, 27 mm) and the other indicating the aperture (for example, f/1.9). We will explain the first part of the focal length of the lens further, but regarding the second part, which is related to the opening of the aperture, it is not harmful to know these two points; The smaller the number next to f, the more open the gap is, and as a result, more light is directed to the camera sensor. On the other hand, the subject’s background becomes more optically and naturally blurred; in other words, a better and cleaner bokeh is created behind the issue.

The focal length is the issue that creates the main difference between different lenses and causes them to be categorized. The table below shows the focal length’s effect on the lens type and its viewing angle.

The difference in focal length causes the classification of lenses and changes in their angle of view.

Generally, in mobile phones, cameras with wide, ultra-wide, telephoto, and macro lenses can be found; Of course, having a 27 mm lens in smartphones does not mean that this lens is 27 mm; It means that the angle of view of this lens is equivalent to the rise of view of a 27 mm lens on a full-frame digital camera.

Smartphone manufacturers focus more on the primary camera, which in most (if not all) cases is of the broad type; Even in some phones that use a rear camera, the lens used in it is wide; So usually, the primary or comprehensive camera can record the best photo among the cameras of a smartphone.

As we said, the lens of the primary camera, as well as the selfie camera in smartphones, is generally of the comprehensive type, which provides a wide angle of view to the user; of course, the problem with this type of lens is distortion, which causes the straight lines to bend; For example, when taking a selfie or taking a photo with the primary camera from a close distance, people’s faces appear more elongated, or their noses appear more prominent than usual. 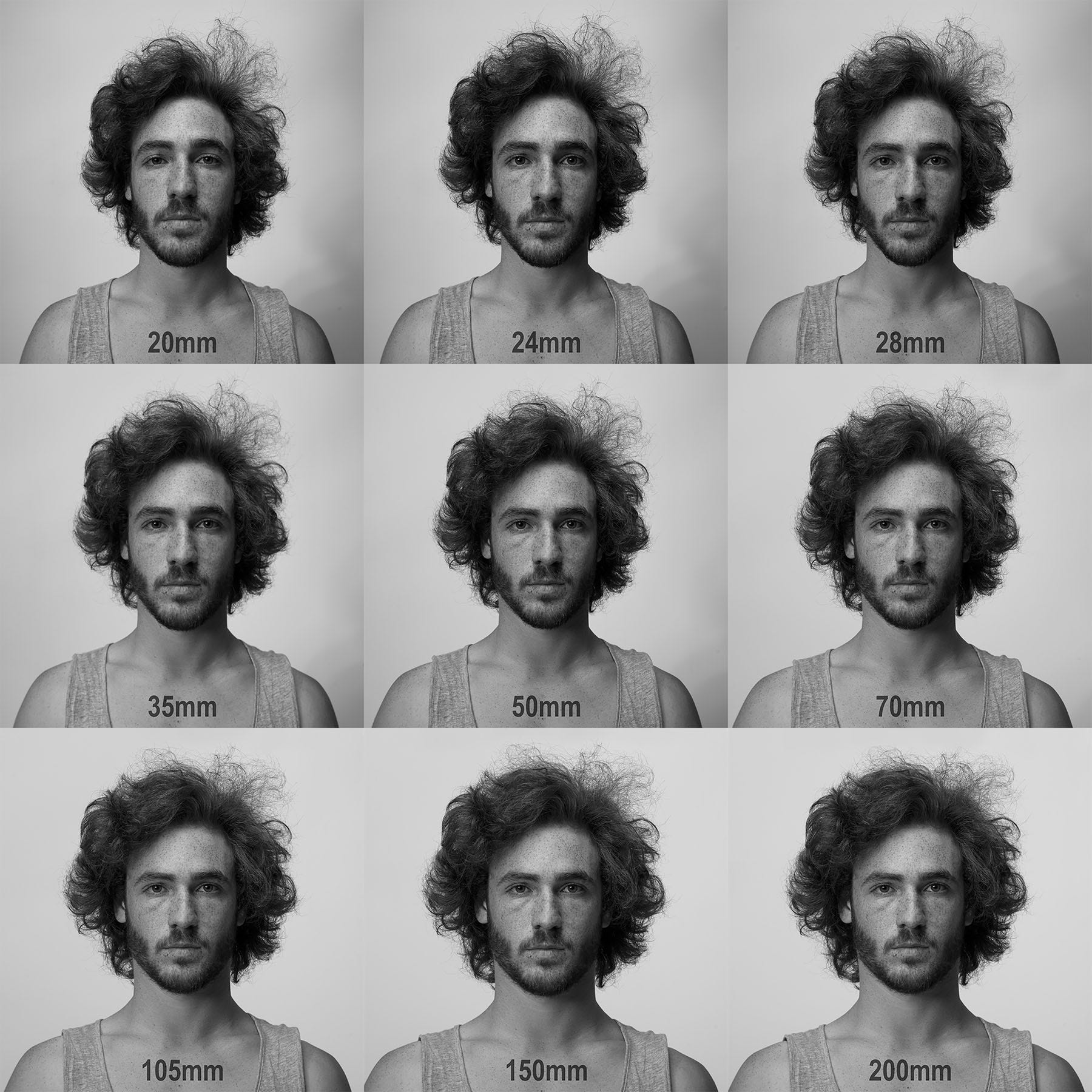 These types of lenses provide users with the widest viewing angle and are not suitable for any style of photography due to creating a lot of distortion in the image; Of course, with the advancement of the ISP or the image signal processor, smartphones can intelligently correct the curvature of the photo to a large extent. A camera with an ultrawide lens is more suitable for landscape photography, architecture, and some memorable portraits.

A close-angle or telephoto lens 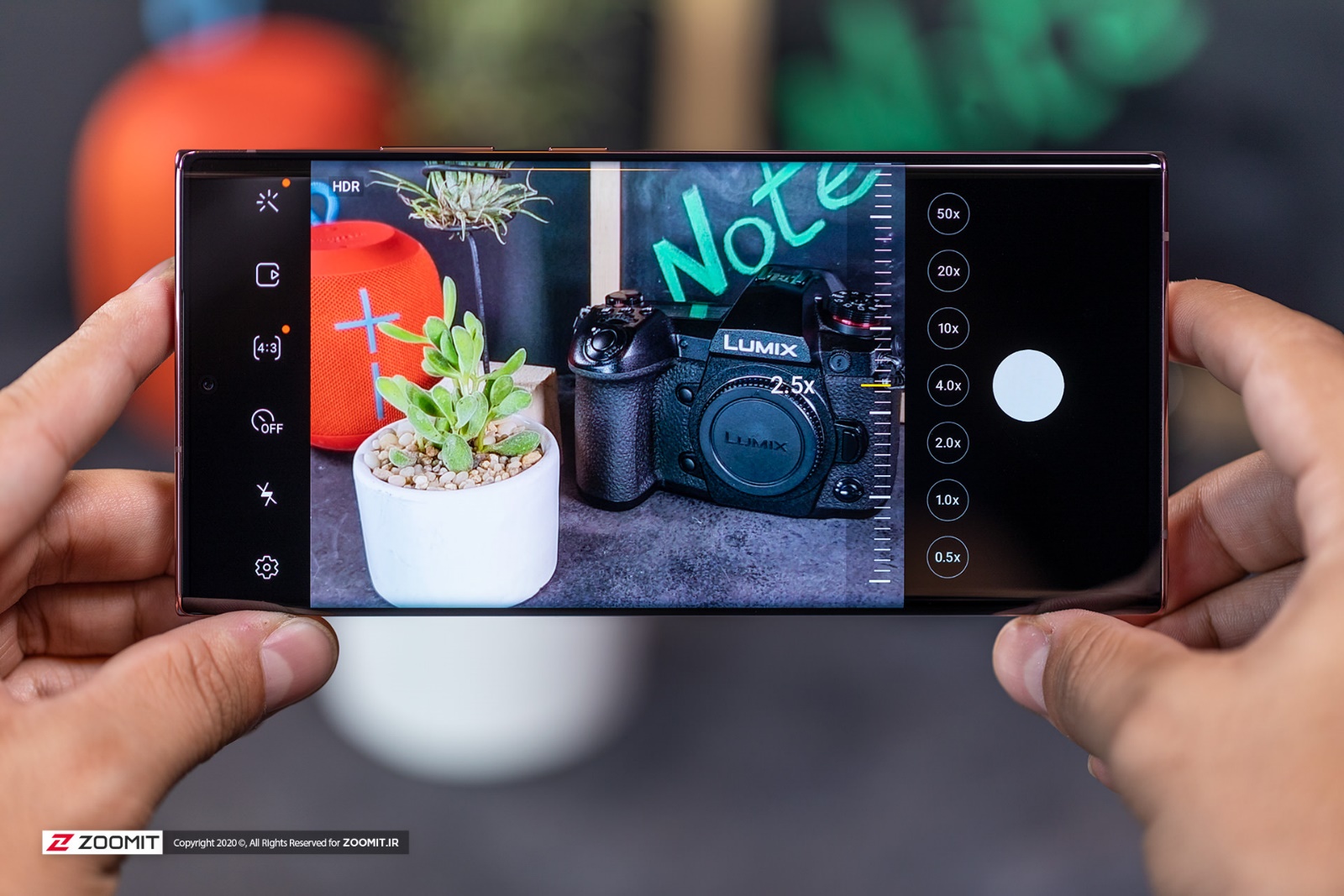 Also, telephoto lenses take up more space due to their optical structure and cause cameras to protrude. To prevent this, sometimes some manufacturers use periscopic telephoto lenses, which can provide up to 10 times optical magnification. Of course, by using the sensor data of the primary camera and the telephoto camera, hybrid zoom can also be achieved, combining digital and optical zoom and dramatically expanding the zoom range. For portrait photography, it is better to use a camera with a telephoto lens equipped with 2 or 3 times optical zoom so that the dimensions of the face and the ratio of its components are kept as natural as possible.

Lenses are designed for specific and more limited applications. For example, macro lenses are made for photographing the subject at very close distances, with a focal length generally between 50 and 200 mm. 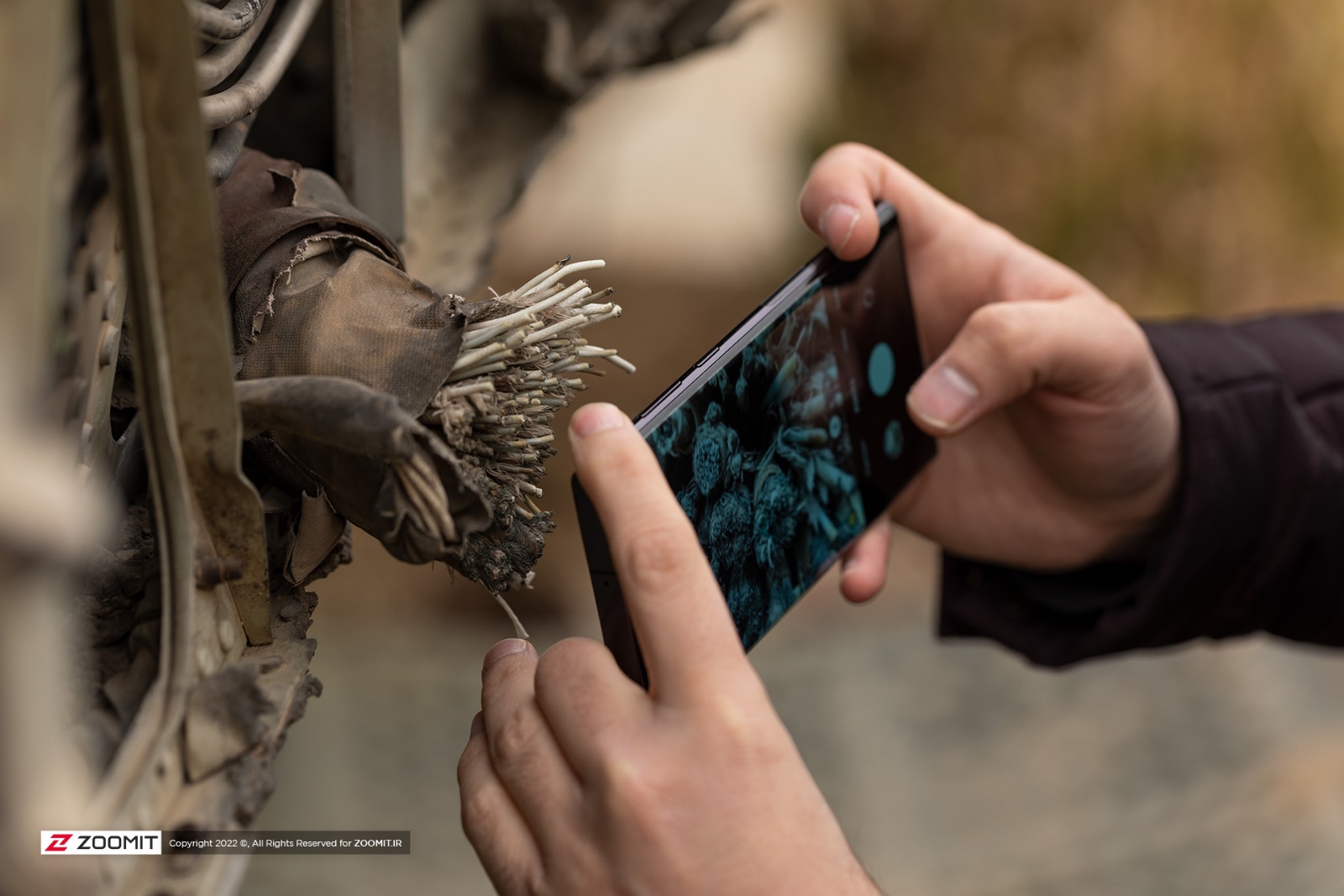 With a camera equipped with a macro lens, you can see tiny objects or creatures in large dimensions; Also, some manufacturers have provided the possibility of turning it into a macro camera at close distances by adding the option of automatic focus to the ultra-wide camera; For example, the camera of S22 Ultra, iPhone 13 Pro Max and OnePlus 10 Pro uses this feature.

Other types of phone cameras

So-called other cameras (actually other sensors) are also seen in smartphones that are not related to the types of lenses and perform tasks such as 3D scanning of objects, depth detection, and separation of the subject from the background, which are known by different names such as depth gauge, ToF, and Lidar.

You may also come across terms such as 7p, 8p, Sensor shift, OIS, EIS, and HDR when checking the specifications of a phone’s camera, and, like most users, you may have doubts about their meaning. So let’s learn their meaning once and for all.

Optical Image Stabilization (OIS) is a hardware solution to eliminate handshakes and blur when recording. The gyroscope in the camera detects movements and moves the camera in the opposite direction of these movements.

Electronic Image Stabilization (EIS) is a software solution that uses the phone’s accelerometer to detect movement and keeps the camera focused on a specific point during image processing. One notable example is the “Super Steady” mode on some Samsung Galaxy phones.

Sensor shift or vibration by moving the sensor

Optical Image Stabilization or OIS occurs by floating or rotating the lens unit, While the shift sensor does vibration detection by moving the sensor itself. In optical stabilization, the lens unit changes and adjusts its position up to 1,000 times per second with the help of magnets and coils that guide that movement.

In sensor-shift stabilization, the lens unit doesn’t move; instead, the sensor moves around faster at up to 5,000 stops per second. The ability to adjust and stabilize where images are captured (the sensor) results in better results up to five times faster than OIS, even on paper.

The lens unit consists of several or smaller lenses, each performing a separate task and working together harmoniously. 7p or 8p indicates the number of elements or layers of the lens that each layer can fix specific optical defects of the lens unit; For example, the first lenses consisted of 3 groups of components, one for focusing on the subjects in the front of the image, one for correcting the distortion of the image, and the last one for focusing on the issues at the back of the picture. However, the optical zoom was also possible later by adding the fourth layer to the lenses. The best smartphone cameras mostly use 7p or 8p lenses, consisting of 7 or 8 transparent plastic lenses.

Although most users only use one camera or two cameras (primary camera and selfie camera) for photography, getting familiar with all the cameras in smartphones and their uses may lead to their more correct use.

Do you think the wide variety of phone cameras is excellent and practical? Which camera do you use the most, and for what purpose?