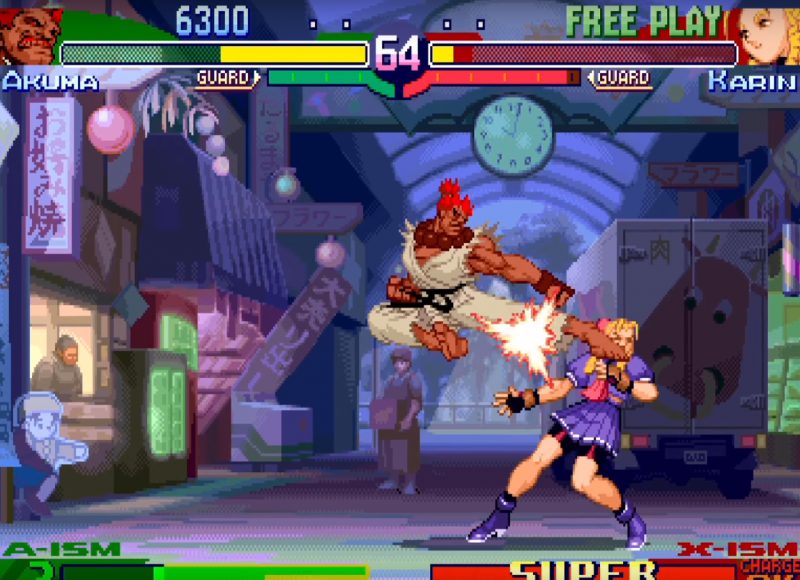 Undoubtedly, Fans Of Fighting Games Have Not Had The Best Chance Of Adapting Live-Action Movies From Their Favorite Games Over The Years, But Now It Is Likely That This Abnormal Situation Will Change.

Fighting Style Video Games, Hollywood has been trying to use video games for years but has not had much success making them, especially fighting games such as Street Fighter and Mortal Kombat, which have a strong and loyal fan community.

Unfortunately, fighting games with countless sequences face many obstacles in translating into cinematic works. It is almost impossible to compress and fit the storylines and characters introduced over several games into a two-hour short film.

In this article, we will take a closer look at the live-action adaptation of fighting games to see which of these films has been the most successful. Stay with us. 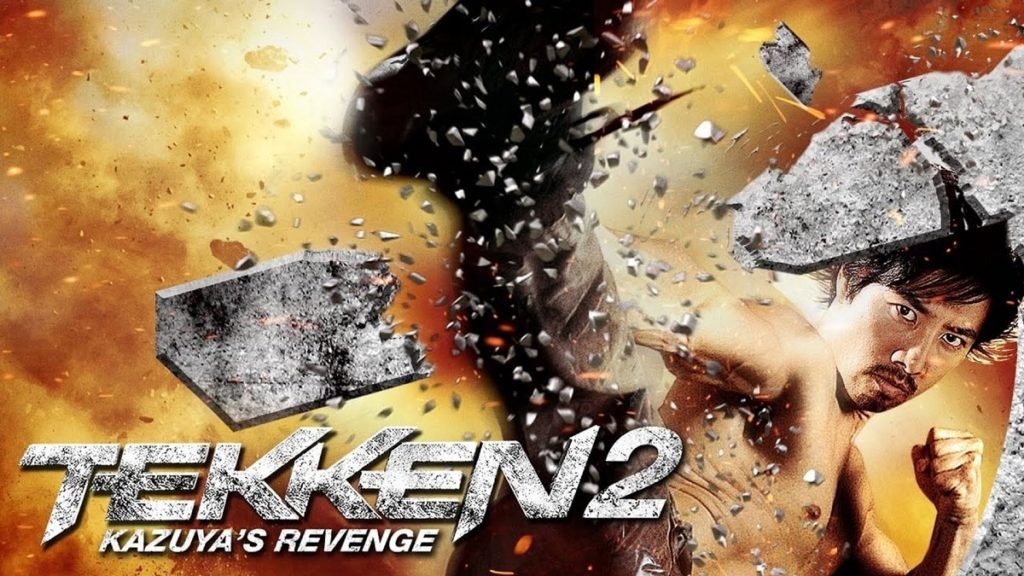 The Less Remembered Movie Tekken: Kazuya Revenge was released in 2014 and was a prelude to the 2009 adaptation of this popular fighting series. In this film, we follow the story of a forgotten character named “Kay.” He is deceived, and at the same time, his memory gradually turns into a fighter.

The film’s title made one of the film’s biggest mysteries over Kay’s mysterious publicity and identity. Although the plot design was of good quality, Kazuya’s revenge film failed miserably due to countless contradictions and failure to properly exploit the rest of the film. he ate.

9. The King of Fighters bore little resemblance to its video game 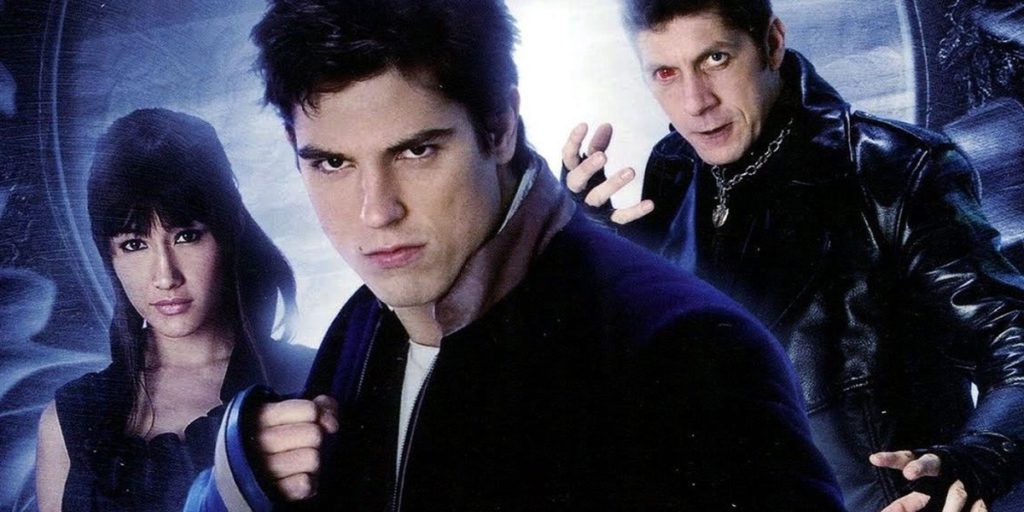 The popular SNK series of games, King Of Fighters, was originally a place where characters from other games would compete with the game’s original characters in a deadly team tournament. The game adapting into a movie in 2010.

The film King of Fighters added new sci-fi elements that held the tournament unjustifiably in other dimensions, as well as poor casting for the game’s main characters, such as Kyo Kosanaki. These cases led to the failure of this adaptation and its oblivion.

8- Street Fighter: The Legend of Chun-Lee does not present acceptable fight sequences or good performances by the actors. 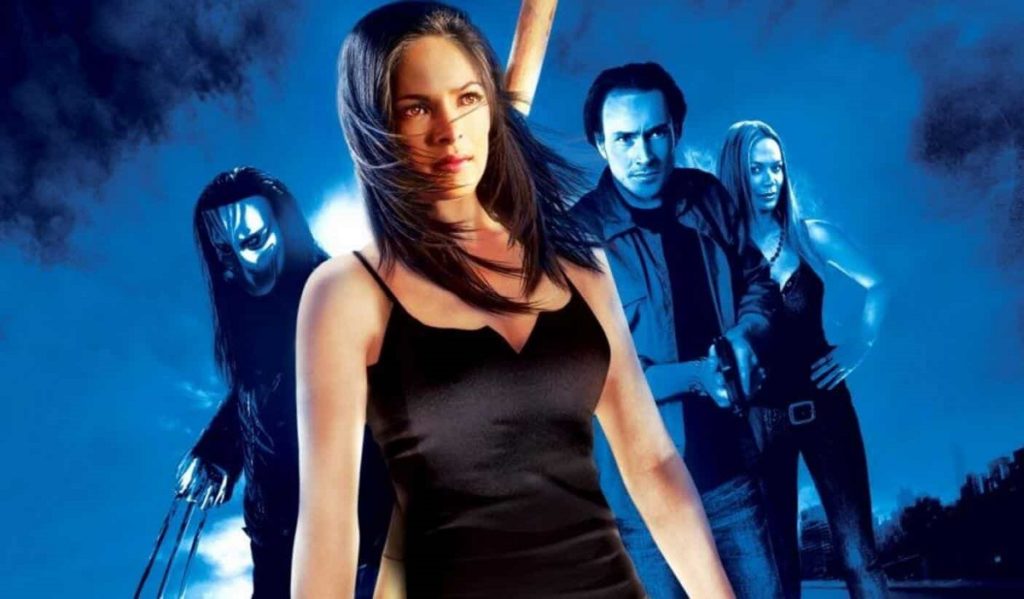 The live-action Street Fighter franchise reboots in 2009 with Street Fighter: The Legend of Chun-Lee, which focused on the character’s story. The film’s story takes place before the games’ events and shows the formation of the rivalry between Chun-Lee and M. Bison to the viewers.

Unfortunately, several actors did not fit in well with the game’s characters, and the film ignored many of the franchise’s most popular and well-known fighters, which can now be said to be a good thing because the film’s fight sequences were so poor. Facing.

7. Mortal Kombat: Destruction is like a low-budget direct-to-video video 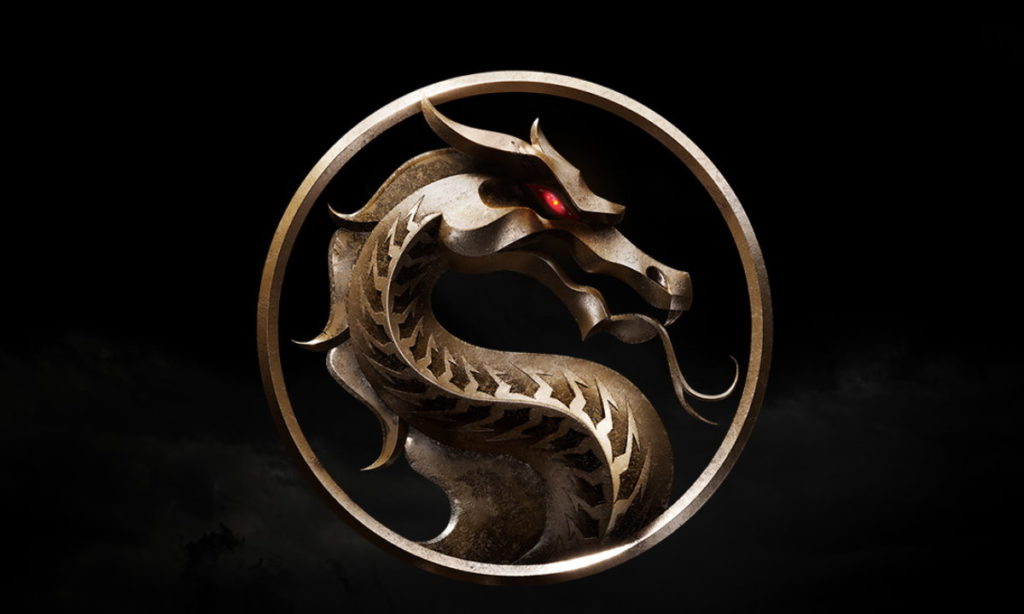 The 1997 movie Mortal Kombat: Destruction is more or less based on the events of the first movie and the Mortal Kombat 3 game. In this film, Earth Guardians travel to the Outworld to confront Shao Kun and his warriors.

Although fans of the first film awaited the sequel, the cast changes, bad fight sequences, poor quality dialogues, and boring special effects ruined the feel of a film made for direct video release, which both movie fans and game fans alike dreaded. The future is for making live-action adaptations. 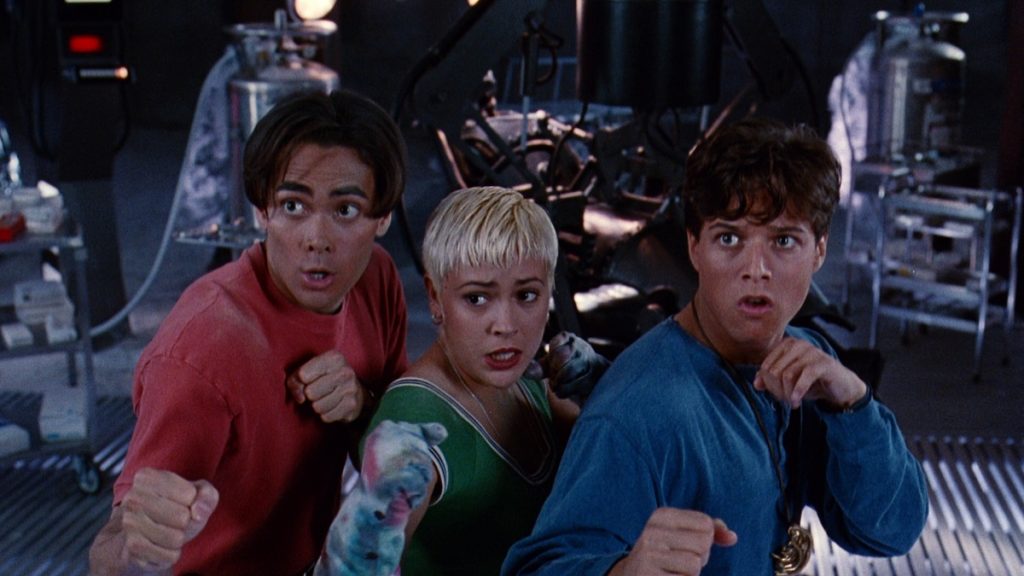 The 1990s saw several video game adaptations, often aimed at making more money than the franchise. One of these titles was Two Dragons (Double Dragon, in the style of Rebellion games!), Which gained considerable popularity in the style of Arcade and was one of the pioneers in the genre of crushing them. The film follows two brothers who make their way to rescue a girl from the gang-held areas.

The 1994 film Two Dragons attempted to capture the supernatural elements of the games and combine them with a post-apocalyptic storyline in which it could not decide with certainty whether the film was a children’s film for adults or an adult film for children, and ultimately a film for no one. Achieved. 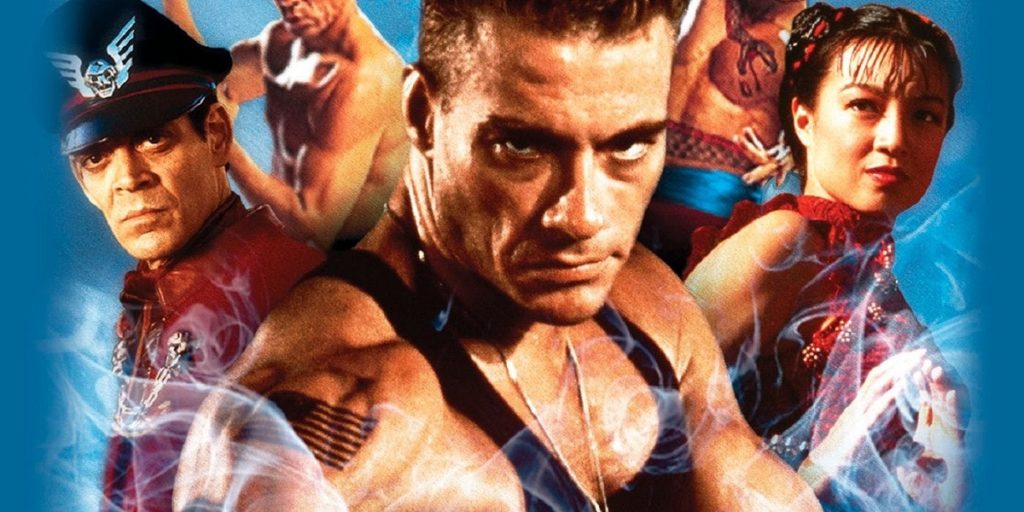 Jean-Claude Van Damme and Raولl Houlia starred in the 1994 film Street Fighter, which follows the story of a series of skirmishes between Gill and M. Bison and the army of their fighters.

Unfortunately, Street Fighter had a ridiculous story, and worse than its story, its dialogues, and chaotic action sequences were full of bad designs and simultaneous focus on many characters. The same issue reduced popular characters such as Rio and Ken to minor subplots, and over the years, tarnished the reputation of video game adaptations.

4- DOA: Dead or Alive had a great campaign design but nothing else

With the help of creating and introducing female combat characters and focusing on their charm, the Dead or Alive series set itself apart from other competitors, which eventually created spin-offs that abandoned the fighting genre altogether and became a simulator for shooting swimwear models. Became.

The film also made its way into the game and focused on female fighters. In this film, they are invited to a private island to participate in a DOA tournament and, at the same time, discover the hidden motivation of their host. The film does not have much traction in terms of story, but its entertaining battle sequences put it in fourth place on this list. 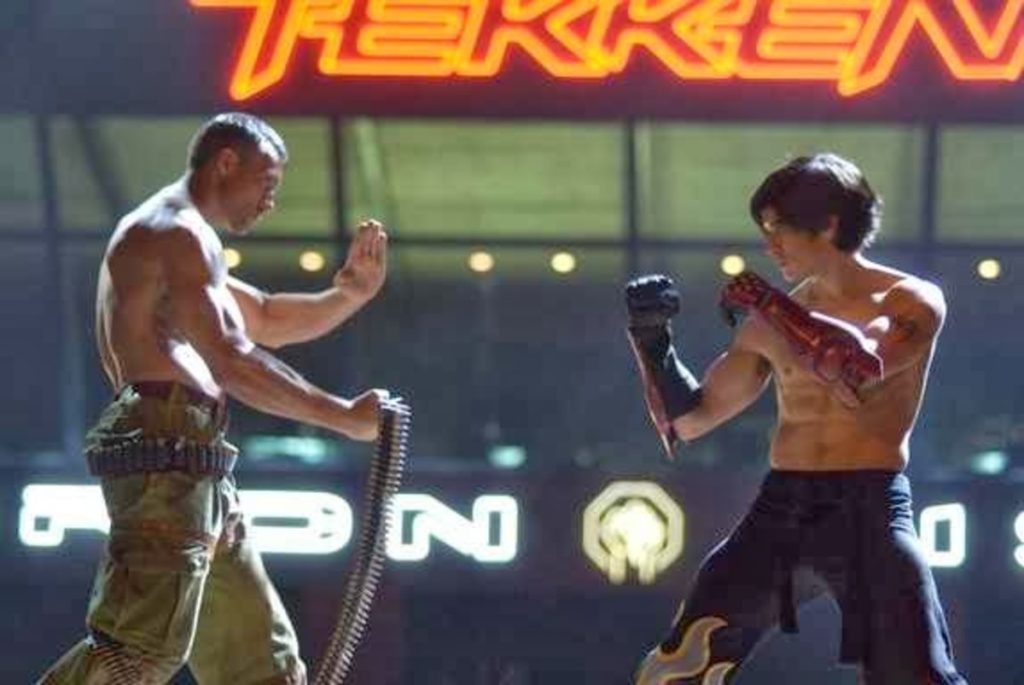 One of the most common changes made to video game adaptations is adding an apocalyptic context to the film that does not always fit the game’s storyline. This issue can be seen in the 2009 film Tekken.

In a world run by superpowers that also host the Tournament of the Iron Fist, Tekken focuses on the dynamics between the Mishima and Kazama families. The characters bear a striking resemblance to their counterparts in video games. Their high-pitched sequences often help distract viewers and forget the script deviates from its source to the point where the film’s evil storyline is removed.

2. Mortal Kombat 1995 presented a special combination of violence and playfulness 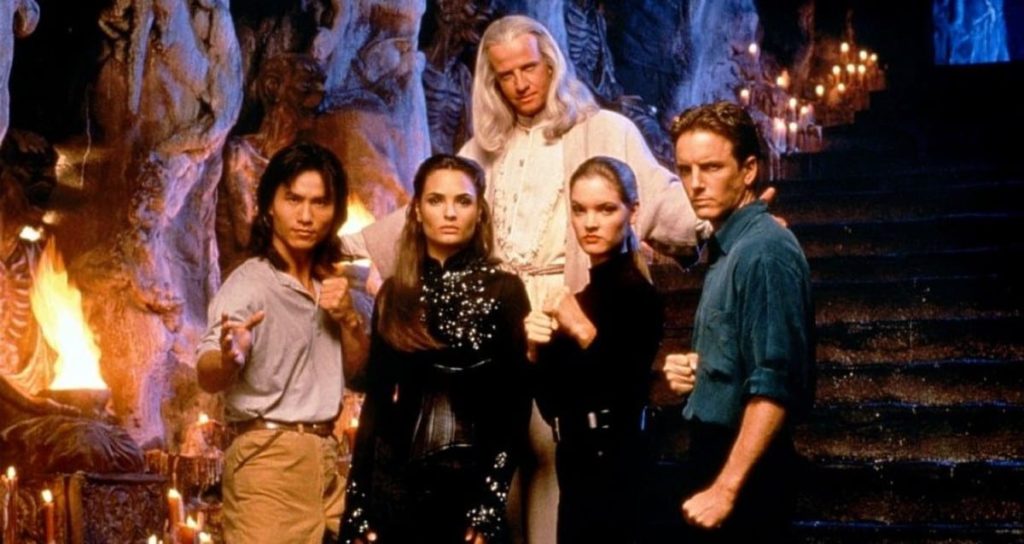 Despite the failure of previous film adaptations, fans were excited about the 1995 film based on Mortal Kombat, as the game gained worldwide popularity after its release in 1992. The film remained faithful to the appearance of the characters and offered a tournament full of fascinating struggles to its waiting fans.

Mortal Kombat I was also successful in several ways, including loyalty to the game’s story and focusing on a few key characters.
Despite the handful of ridiculous sequences and disappointing characterizations of some of the franchise’s most popular fighters, such as Subzero and Scorpio, Mortal Kombat 1995 has been widely regarded as one of the most acceptable standards for video game adaptation since its release.

In 2021, we saw the release of a new reboot of the Mortal Kombat franchise in a modern atmosphere that remained faithful to the game, story, and characters for the most part. However, the film also introduced some new elements to the story, which received mixed reactions from fans.

A new main character creates for the reboot, which was not well received by game fans. The magical abilities used by some of the characters in the game are linked to the Arcana power source in the film, which is activated by a symbol similar to the Mortal Kombat logo.

The fight sequences and special attention to the game’s story made this film one of the best video game adaptations of the day of martial arts games ever made, but there is no doubt that there is still much room for improvement.