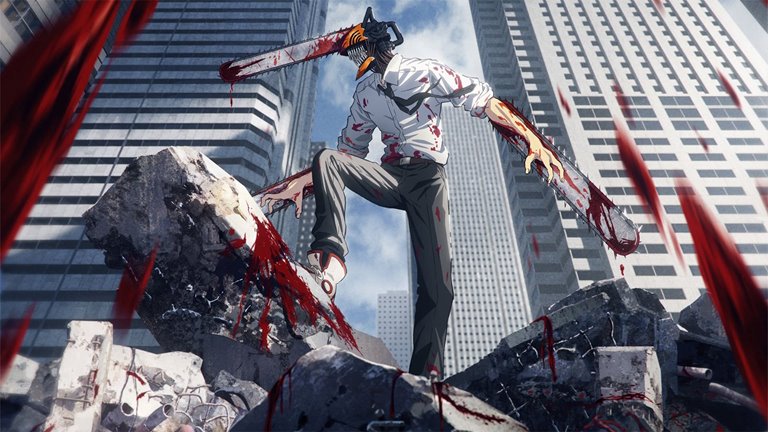 With A Glimpse Of The Currently Airing Anime Of Chainsawman, We Can See Why Having A Team Of Brainiacs To Make Anime Is Always A Blessing.

Chainsaw Man anime is one of the expected anime of 2022, which MAPPA studio is in charge of making. The broadcast of Saw Man anime started on October 12 and has high hopes of attracting the maximum audience.

Chainman is a shounen, action, and supernatural anime with the theme of gore and dark fantasy, which deals with the adventure of its heroes in a world full of evil creatures and demon slayers with colorful motivations.

As we expect from anime with a grave theme, violence and killing can be seen in Chainsawman. While unbalanced and unique characters influence everything, the sense of suspense between laughter and terror is created in their interaction.

However, at the beginning of the story and familiarity with its atmosphere, a strong sense of stereotyping can be seen along with the various components of Chainsawman, which, of course, the creators have made an excellent effort to get out of this familiarity. 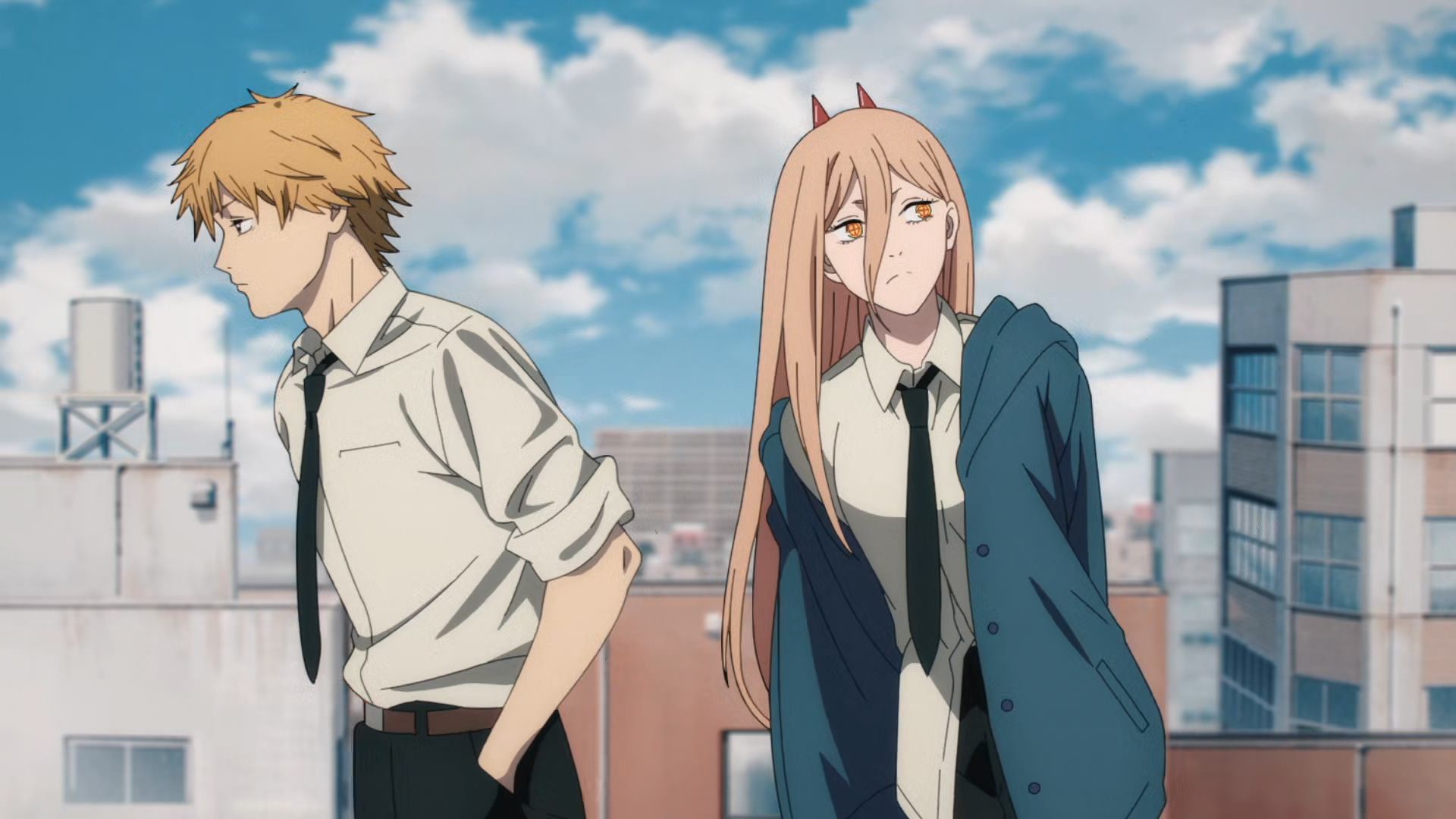 The story takes place in a world similar to 1997, where demons (Akuma) are born from the fears of humans. Dangerous and mischievous monsters whose power is based on the fear they inspire and wander between hell and earth. On the other hand, humans can contract with these demons to use their power. For example, in the first episode, we face a zombie demon who can control yakuza members like zombies.

On the other side, expert demon killers work to hunt and destroy these evil creatures. Of course, under certain conditions, demons can live in the bodies of dead people and acquire their memories and personality. In addition, monsters that have the natural appearance of humans are good with humans.

Denji, the protagonist of the story, is a depressed young boy who plans to pay his late father’s debt to the yakuza by selling his body parts and working as an exorcist. A comfortable life is always in danger in a world where the devil needs to destroy demon slayers to survive. With the help of his dog Puchita, armed with a demon chainsaw, Denji is assigned by the yakuza to kill evil creatures, while he has to give almost all the money he earns to the yakuza boss.A

While Denji dreams of everyday life like other young people, it seems that this will never happen, as his expiration date for the yakuza comes to a tragic end.

Denji’s death is delayed due to a contract that allows Puchita to merge with him, and Denji becomes a human-demon hybrid that gains Puchita’s chainsaw ability. Continuing to get to know Maxima, a devil hunter from the state security organization, makes Denji pursue his dreams in a new form. 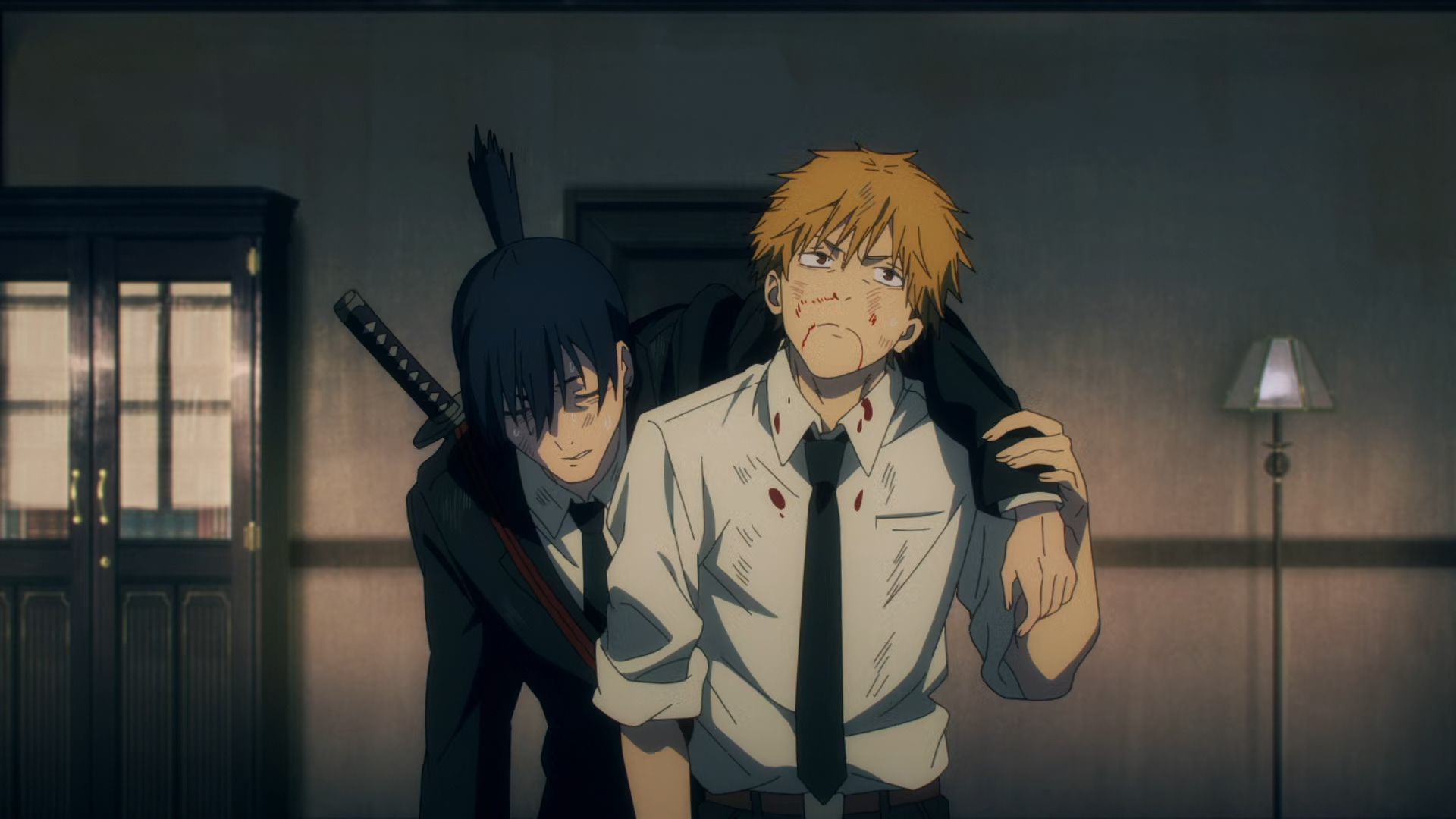 The creator of Chinsamen manga, Tatsuki Fujimoto, was born in 1993 and had other works such as Fire Punch manga and Look Back one-shot. But the fame of this young mangaka (who has not yet published a picture of himself) was established with Chinsaman; this is his first work that has been turned into an anime. The first volume of the Chinaman manga was published in Shonen Jump magazine in 2018, and fans highly appreciated it due to the story’s high violence and dark atmosphere.

The Chinsaman manga attracted the attention of critics, achieved significant positions in various lists, and received awards such as the best shounen manga in the 2021 Shogakukan Manga Award. 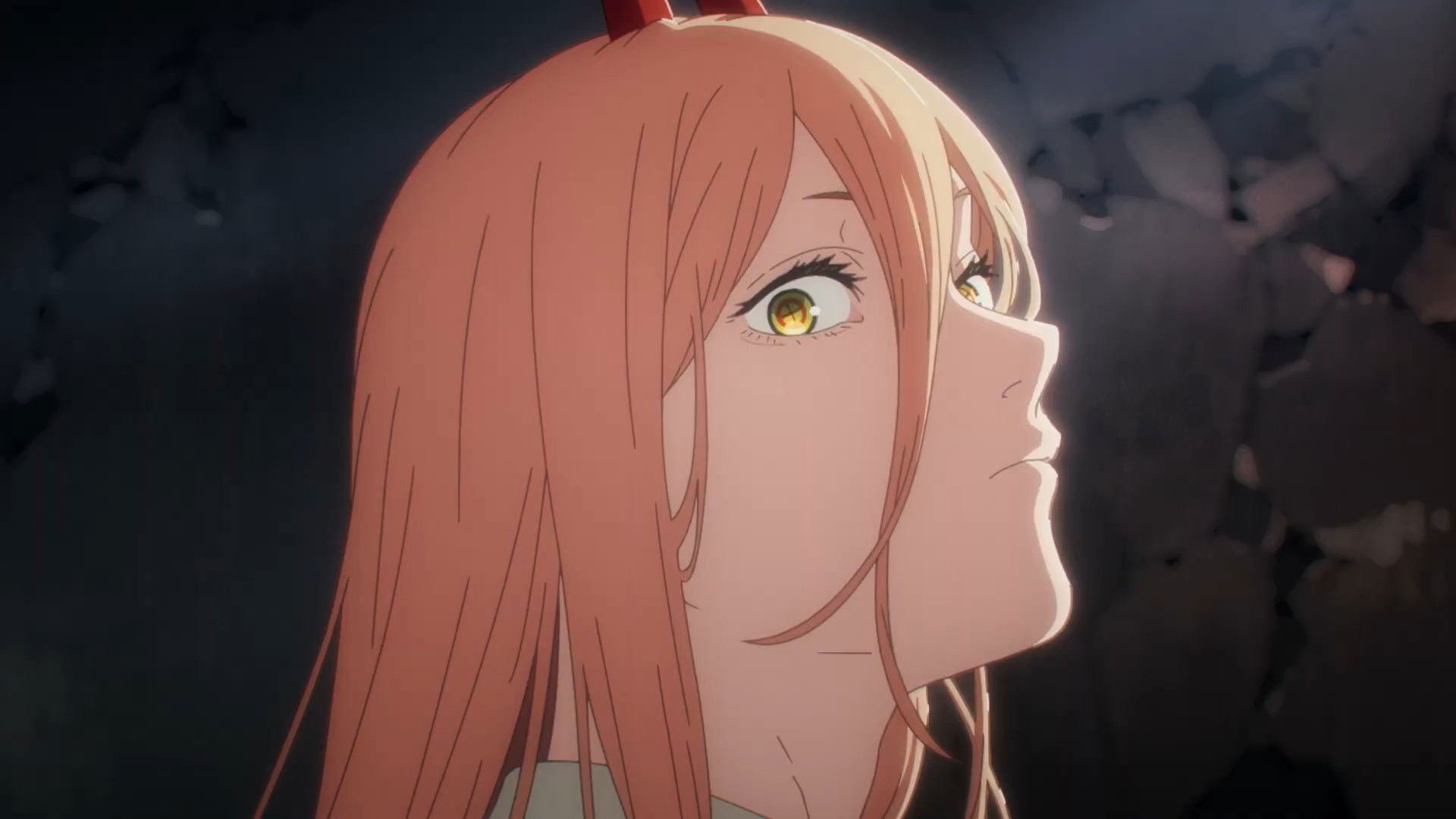 Chainsawman is an anime wrapped in a crazy texture, from the process and logic of the events to the characters’ behavior. From the creator of the manga to the animators and the director of the anime, the producers have not missed anything in this way. But with a bit of care in the credits at the beginning and end of the anime, we can find their Eddie Dean to be famous and unique movies, which often have interesting coded references to the components of the anime’s story.

For example, in the title of the anime Chainman, there are many references to the works of Tarantino and the Coen brothers, the specific violence of the atmosphere of their films has always been influential in cinema. You can see examples of these anime creators’ tributes to different movies below.

But should we sit down to see the anime Chinsamen or not? Watching Chainsman anime can be exciting for those who like to deal with otherworldly fantasy animes with action and juicy violence.

With these interpretations, introducing animes with style similar to Chainsawman can clarify the audience’s task to choose it to some extent. 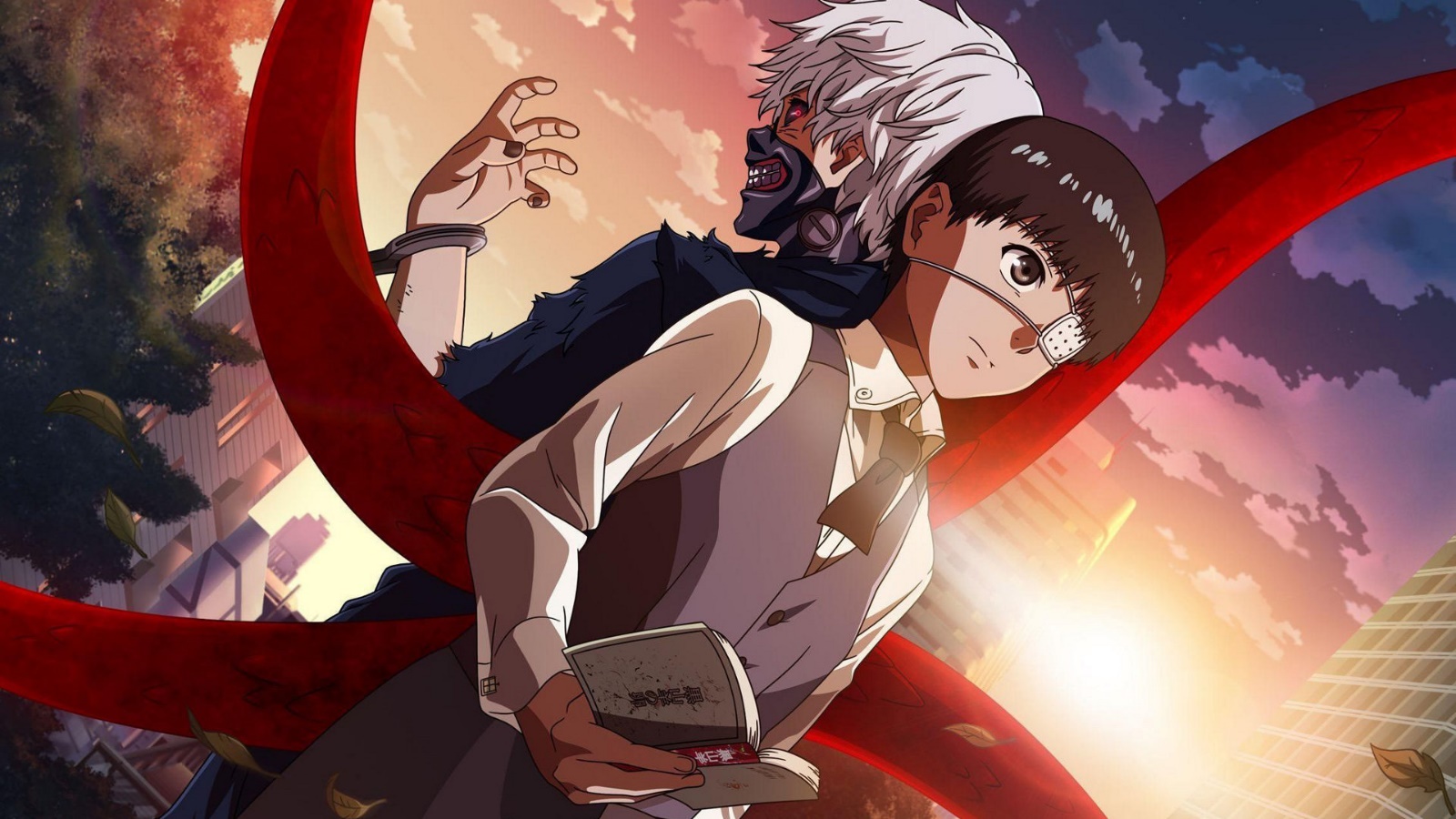 Humanoid and supernatural creatures called giants that feed on human flesh have given Tokyo a frightening peace. Kankakee is a boy who, after becoming a half-human-half-giant, must fight with his human and superhuman enemies in this new form.

Chinsaman could be a new Tokyo Ghoul in terms of attention, especially if the weaknesses of Tokyo Ghoul’s adaptation disappointed you; the hope that the mangaka of Chinsaman is working closely with Mapa in the making of the anime can ease everyone’s mind for a faithful and high-quality continuation of the anime. 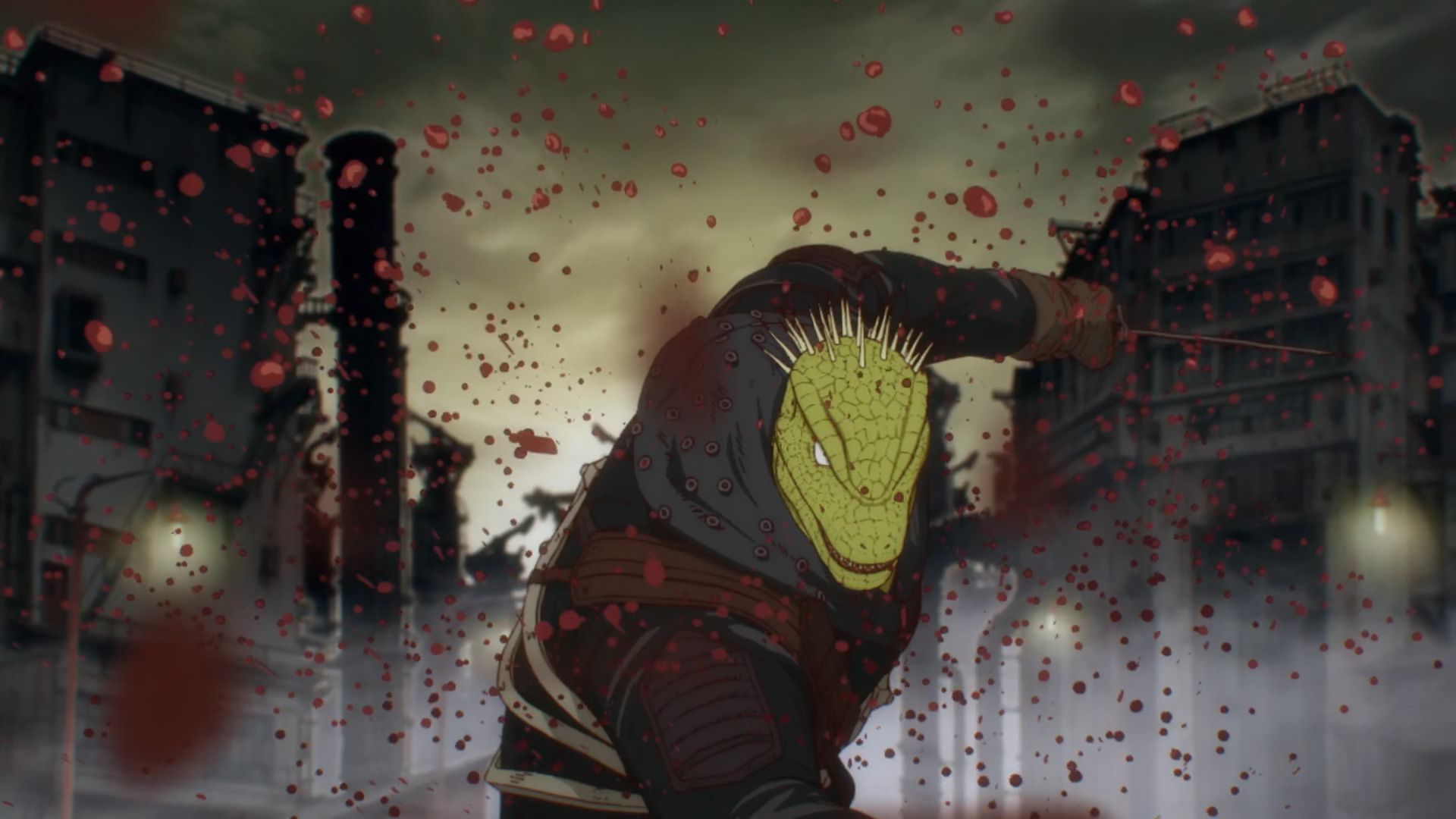 In a post-apocalyptic future, there are two dimensions: the world of humans and the world of wizards. Wizards travel by creating magical doors to the place where humans live, called the Hole, and test the power of their destructive magic on humans.

Caiman is a human whose head was turned into a lizard by a witch and to destroy this spell, he starts killing witches with the help of his friend Nikaido until he encounters a powerful group of witches.

The dark fantasy and the crazy atmosphere of Dorohodoro is something that, together with Mapa Studio, which created both animes, has made many common points in the experience of these two works. 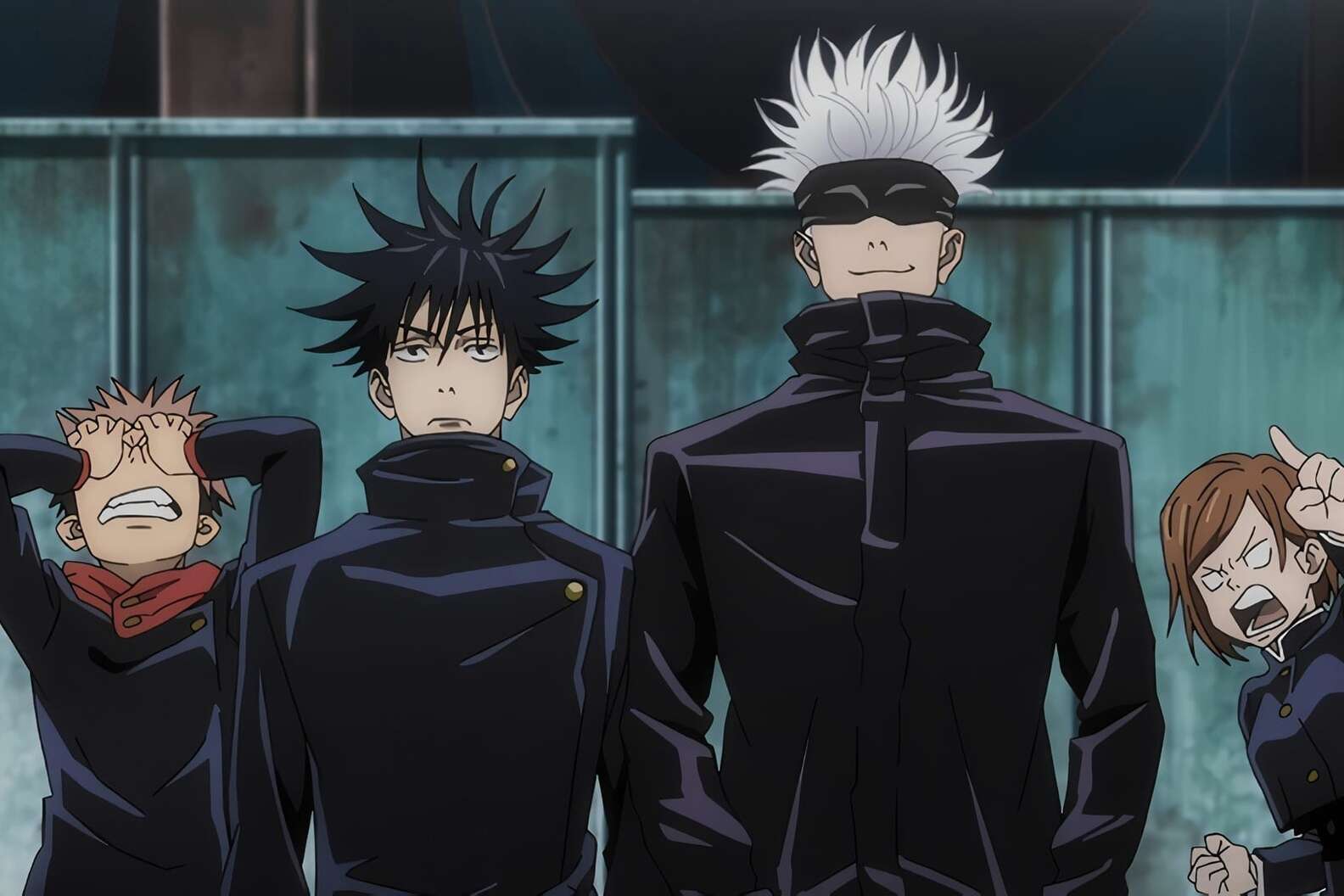 Despite his talent in sports, Yuji Itadori joins the high school’s Paranormal Research Club to have more time for other activities, such as visiting his grandfather. The last of the latter advice to Itadori is always to help people. After Itadori discovers a high-level curse and passes it on to his club members, his friends’ lives are put on the line, and he is forced to swallow the spell to protect them. Next, Itadori goes to high school and finds the supernatural magic of jujutsu, and this is just the beginning of the story.

Jujutsu is also one of the exemplary examples of the supernatural style and fighting against evil forces, which has excellent hope of using genre stereotypes in a newer atmosphere. In addition, the presence of Mapa Studio has made common points in both animes more prominent, except for the production team.