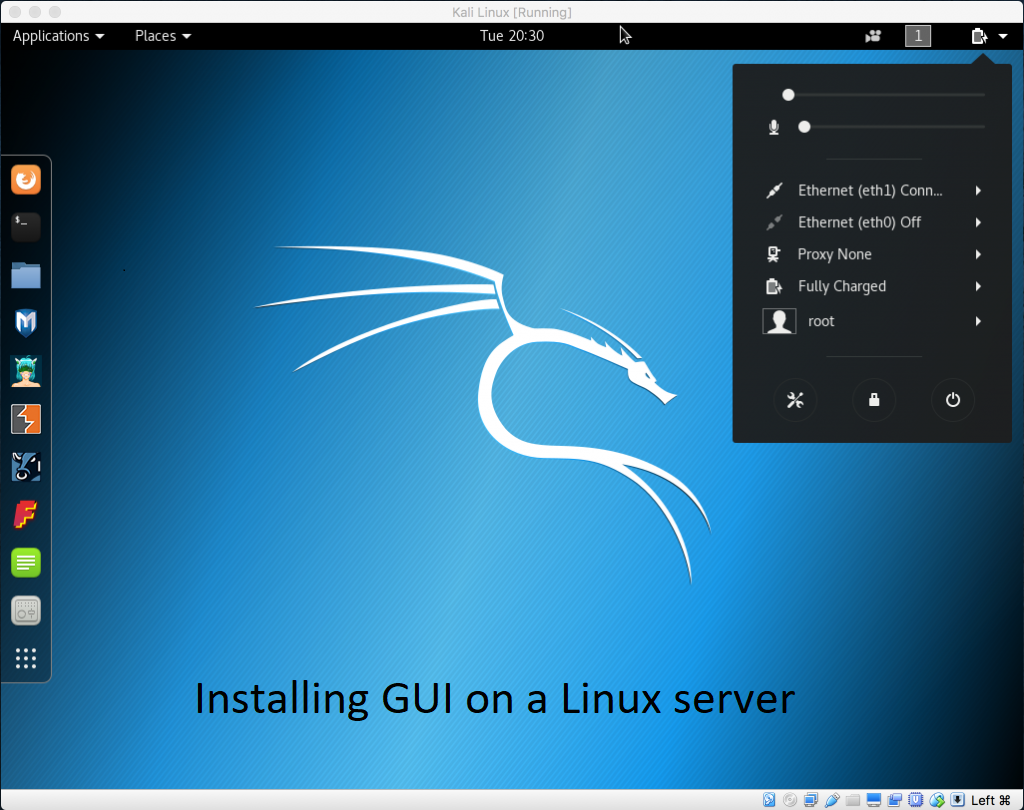 Note: If you are using a Linux server and you want to install the user interface on your system, it is best to consult your virtual service provider to make sure that the values ​​you have chosen for your server to install and run The user interface are sufficient.

To install the user interface on a Linux operating system, you also need 3 prerequisites.

In the first step you have to enter the following command:

You will then be asked a question, press the Y key, and press the Enter key.

This command will update the programs and make sure that we are using the latest version of the update.

Now you need to install a desktop environment on your operating system.

Display Manager is a program that displays the information displayed from the server and runs on the desktop, as well as restricts user access to predefined values.

The default GDM3 used with KDE–Plasma is a Display Manager that is very sensitive to the resources available to the application.

If you do not want to use all the resources of your system, you can use one of the light Display Managers such as SDDM, SLiM, or LightDM to use fewer resources.

By default, a Display Manager can manage a server, this tutorial is designed to be easy to install if you want to work with a graphical environment of Linux, for this reason, Before installing this user interface, be sure to talk to your service provider about installing the user interface to increase your server resources if necessary so that you do not encounter any problems while working with it.

Use apt-get to install the Display Manager you want:

To install LightDM, enter the following command, remember that the choice of each is up to you and they are no different:

While installing KDE, SDDM can be installed from the tasksel menu.

Gnome’s UI is one of the most popular graphical user interfaces in Ubuntu Linux, which is very similar to Mac OS’s operating system. Gnome UI is a very simple and one-handed design and even the most novice users can use this UI, settings and options are clean in place, programs and software are arranged regularly.

To install the Gnome interface you must first run tasksel, to run tasksel enter the following command:

A completely colorful environment will appear in front of you, use the up and down keys to scroll down the list and find the Ubuntu desktop option.

Select it using the Space key and press the Tab key to go to the word OK and then press Enter.

The user interface will be installed for you and the system will reboot automatically, after turning on your system, you will encounter the graphical environment created by your Display Manager.

Enter your information, including your username and password, and use the F1 key to switch between the existing graphical interface.

In this case, you may be asked by the system, click Yes, then you can use the up and down keys to choose between options, and then press Enter.

To run KDE Plasma you can use the following command:

In the red field, you should write the name of the Display Manager you want, for example, light DM, SDDM or SLiM,
Then enter your information and become the user interface Word.