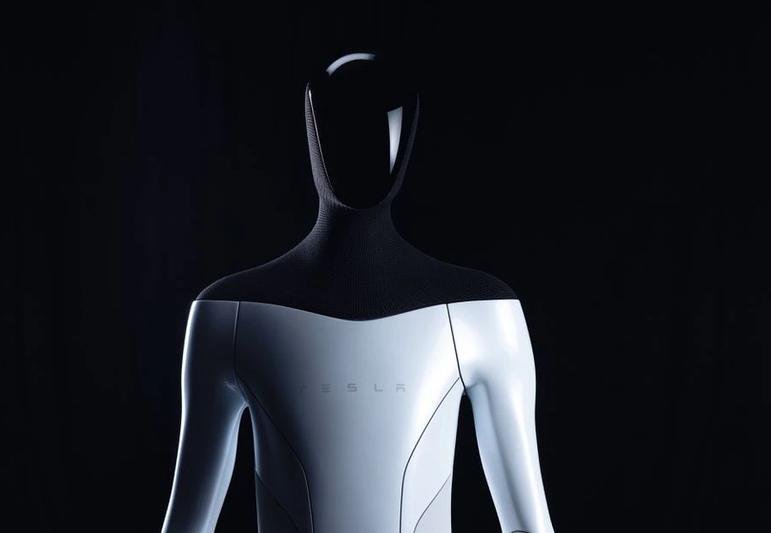 In Elon Musk’s New Speech, An Example Of Tesla’s Humanoid Robot Took The Stage. Although What Came On Stage Was Actually Acting In A Robot Costume, Musk Claims He Will Show A Similar Example Next Year.

Tesla’s Humanoid Robot, The robot was introduced during a series of lectures called AI Day. The program was hosted by Tesla to attract the elite in artificial intelligence and machine learning in California.

Tesla CEO Elon Musk recently announced that the company would unveil a prototype humanoid robot called the Tesla Bot next year. A robot that he says is designed to do things that humans do not want to do. According to Elon Musk, the robot, about one meter and seventy centimeters long, will be able to do a variety of tasks; From car wrenches to home shopping.

“This car has been tried not to be astronomically priced,” he said. The Tesla robot uses chips and sensors used in the company’s cars. Information is displayed on the front of the robot, which is actually a display. Based on the slides shown in Elon Musk’s speech, camera Tesla autopilot will install on the robot head.

This robot can carry about 20 kg of cargo and can lift about 68 kg of cargo.

The robot weighs 57 kg and will travel at a speed of 8 km per hour. 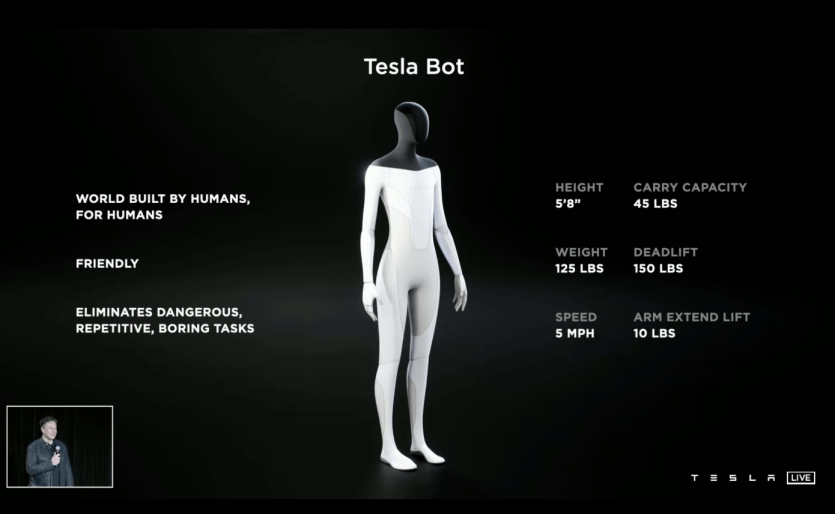 Some believe that Elon Musk’s remarks, including the introduction of the Tesla robot, are overly exaggerated and are intended to motivate employees, attract elites, and, of course, create excitement among Tesla customers and investors. For example, Raj Rajkumar, a professor of electrical and computer engineering at Carnegie Mellon University, says: “Let me ease your mind.

“No company in the world can offer a humanoid robot that can go to the market and buy for you in less than ten years.” Elon Musk cites ambitious projects that often did not materialize on time. For example, at the Autonomy Day event in April 2019, he claimed that Tesla would have one million road robots by 2020.

A promise that is not fulfilling.

Elon Musk said: “In fact, if you look, you will see that what we do now in Tesla Tesla is the world’s largest company in the field of robotics.” He sees the company’s move to use its neural technologies in a humanoid robot as obvious. Tesla is not the only automaker to enter the field. The most famous example is Honda, who worked with Asimo Anthropomorphics before this company and decades ago.

Elon Musk talks about his company’s anthropomorphic robot, which a group of experts followed following Tesla’s car crashes a few days ago. The safety of Tesla cars has long been under the microscope, and Elon Musk did not address these concerns in his speech. Experts have launched a study on the safety of Tesla’s driver assistance system.