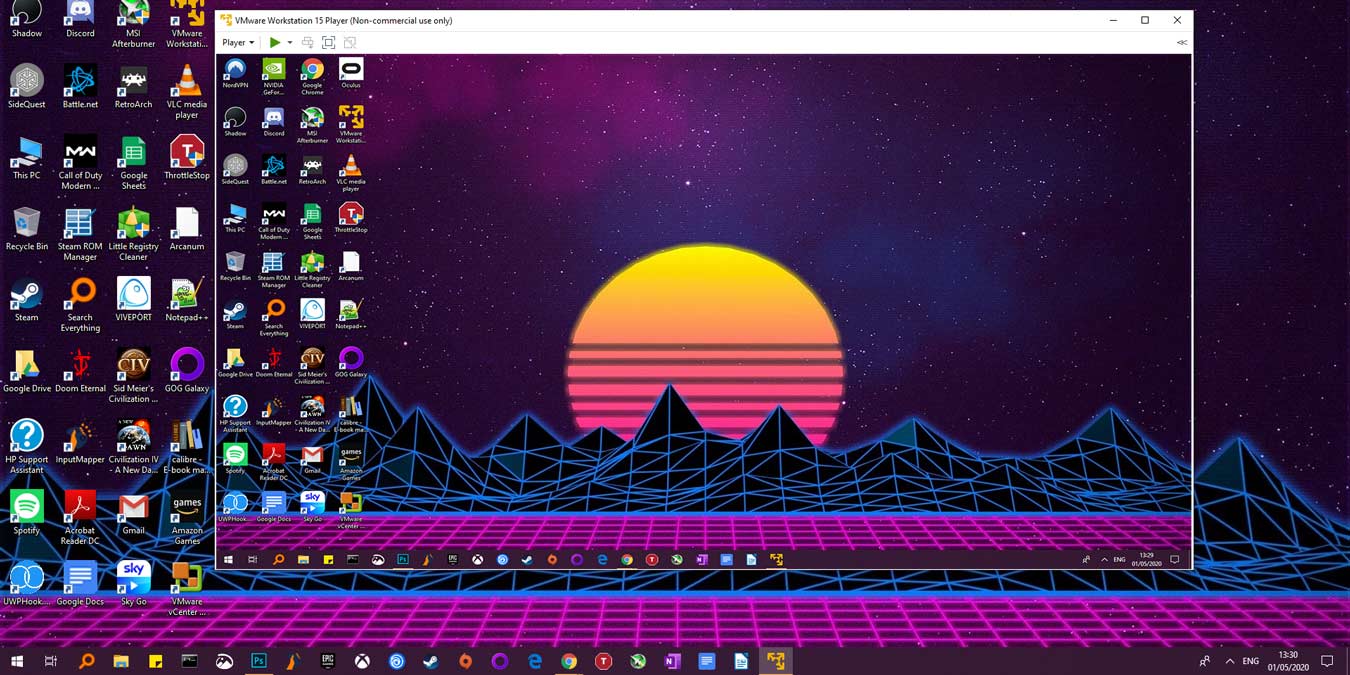 Virtual machines allow you to run an operating system in an app window on your desktop. That behaves like a full, separate computer. You can use them play around with different operating systems, run software your main operating system can’t, and try out apps in a safe, sandboxed environment.

So There are several good free virtual machine (VM) apps out there. Which makes setting up a virtual machine something anybody can do. You’ll need to install a VM app. And have access to installation media for the operating system you want to install.

So In the VM world, the operating system actually running on your computer is called the host and any operating systems running inside VMs are called guests. It helps keep things from getting too confusing.

Why do you Want to Create a Virtual Machine

VMs offer a number of serious uses. They allow you to experiment with another OS without having to install it on your physical hardware. For example, they are a great way to mess around with Linux—or a new Linux distribution—and see if it feels right for you. When you’re done playing with an OS, you can just delete the VM.

There are several different virtual machine programs you can choose from:

(Windows, Linux, Mac OS X): VirtualBox is very popular because it’s open-source and completely free. There’s no paid version of VirtualBox, so you don’t have to deal with the usual “upgrade to get more features” upsells and nags. VirtualBox works very well, particularly on Windows and Linux where there’s less competition, making it a good place to start with VMs.

(Windows, Linux): VMware has their own line of virtual machine programs. You can use VMware Player on Windows or Linux as a free, basic virtual machine tool. More advanced features—many of which are found in VirtualBox for free—require upgrading to the paid VMware Workstation program. We recommend starting out with VirtualBox, but if it doesn’t work properly you may want to try VMware Player.

(Mac OS X): Mac users must buy VMware Fusion to use a VMware product, since the free VMware Player isn’t available on a Mac. However, VMware Fusion is more polished.

(Mac OS X): Macs also have Parallels Desktop available. Both Parallels Desktop and VMware Fusion for Mac are more polished than the virtual machine programs on other platforms, since they’re marketed to average Mac users who might want to run Windows software.

How to Setting Up a Virtual Machine

Once you’ve decided on a VM app and gotten it installed, setting up a VM is actually pretty easy. We’re going to run through the basic process in VirtualBox, but most apps handle creating a VM the same way.

Open up your VM app and click the button to create a new virtual machine.

You’ll be guide through the process by a wizard that first asks which OS you’ll be installing. If you type the name of the OS in the “Name” box, the app will most likely automatically select the type and version for the OS. If it doesn’t—or it guesses wrong—select those items yourself from the dropdown menus. When you’re done, click “Next.”

Based on the OS you plan to install, the wizard will preselect some default settings for you, but you can change them over the screens that follow. You’ll be ask how much memory to allocate to the VM. If you want something other than the default, select it here. Otherwise, just click “Next.” And don’t worry, you’ll be able to change this value later if you need to.

We recommend creating fixed size disks because, while they eat up a little more disk space, they also perform better—making your VM feel a bit more responsive. Plus, you’ll know how much disk space you’ve use and won’t get surprise when your VM files start growing.

You’ll then be able to set the size of the virtual disk. You’re free to go with the default setting or change the size to suit your needs. Once you click “Create,” the virtual hard disk is created.

After that, you’re dump back into the main VM app window, where your new VM should show up. Make sure the installation media you need is available to the machine—usually this involves pointing to an ISO file or real disc through the VM’s settings. You can run your new VM by selecting it and hitting “Start.”

Therefore we talked about Making  and Using Virtual Machines and we hope you enjoy of reading that.