Every WordPress site administrator should test their site before publishing it. If you are looking for a way to do this, we suggest that you familiarize yourself with container technology. One of the most famous platforms for implementing container technology is Docker. In this educational article, we will go through the steps of installing WordPress on Docker.

What you will learn after reading this article:

What exactly is Docker?

Docker is an open source container software that creates secure environments for running or testing an application.

With this software, you can develop, test and run several programs on one system.

These software share the host core. For this reason, it occupies much less space and a server can run several containers at the same time.

This is one of the reasons why Docker is recommended for developers. A normal WordPress test environment usually takes up a lot of system resources. Docker avoids this issue so that work can be done with minimal consumption of server resources. 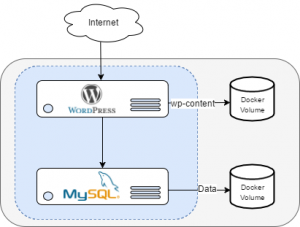 How to install WordPress on Docker

This is done in two steps. First, we install Docker, then we start WordPress on it.

Here we teach how to install Docker on Windows 10 64-bit version.

1. The first step is to activate Hyper-V technology in Windows.

How to activate Hyper-V

2. Download the Windows Docker version from this link and open its installer file.

3. In the following window, check the boxes according to your preferences and click Ok. 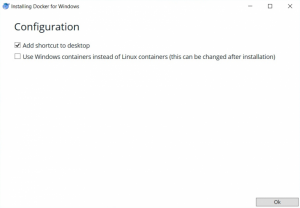 4. After the installation is finished, click Close. You will see the Docker icon in the Taskbar.

We teach the steps according to Ubuntu 18.04 version.

2. Here we need to allow apt to access a repository via https:

5. We update the Docker repository:

Note that installing Docker on other Linux distributions is different. If from version

If you are using other than Ubuntu, refer to the official Docker documentation.

1. Download Docker software for Mac from this link. Then run the .dmg file. Drag and drop the Docker icon into the Applications folder. 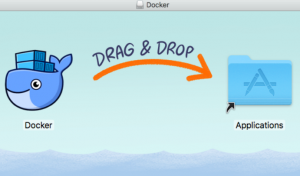 2. Open your Applications folder and double click on docker.app. During the installation process, you will be prompted to enter your password.

3. After the installation process is complete, you can see the Docker icon in your Status bar.

Now that we have made sure that Docker is installed on our system, it was time to install and run WordPress on it.

1. Enter the following command to check whether Docker compose is installed.

2. Then we create a new directory for WordPress.

3. In the new directory we created, create a new file called docker-compose.yml and put the following codes in it.

4. Now to create the containers, run this command in the desired directory:

5. Your browser will automatically enter the address localhost:8000 and on the page that opens, you will see the beginning of the WordPress installation process.

Docker is a great containerization tool for testing applications like WordPress. Its environment helps you to improve the efficiency of system resources

In this tutorial, you learned how to install Docker on Linux, macOS, and Windows.

You also learned how to deploy WordPress on Docker using the Docker Compose tool.