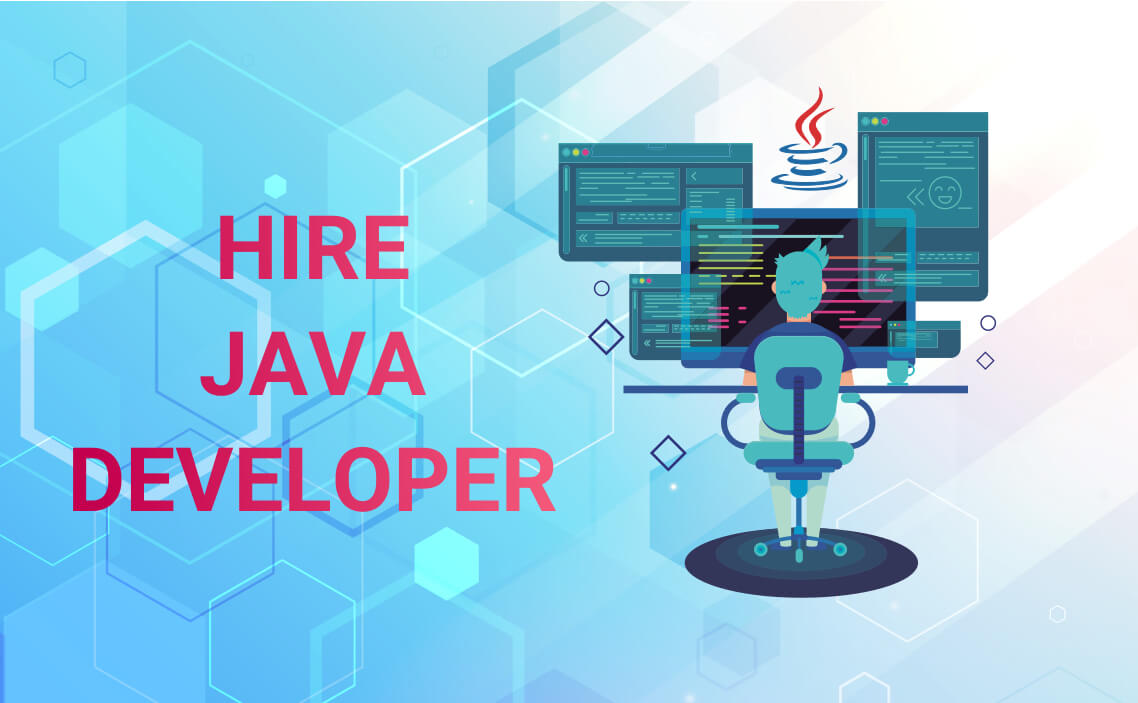 Java Is One Of The Most Widely Used Programming Languages ​​That Has A Very Good Job Market.

Mastering Java and Python and choosing a demanding trend in the world of information technology to allow developers to submit resumes for attractive and profitable job positions. Java is one of the programming languages ​​that can create a wide range of applications.

Some programmers don’t pay attention to the fact that you may be the best programmer and be familiar with different programming paradigms. Still, an interviewer will decide whether you are the right person for the job or not based on the answers of the interview session alone.

Therefore, you should know what questions the interviewers ask in the recruitment meetings.

In this article, we have collected the common questions and answers that a Java programmer faces in the interview session so that you have the necessary preparation to attend the recruitment meetings.

Whether you are a newbie programmer preparing for a job interview or a job-seeking programmer who would like to work in large programming teams for career advancement, you always have stressed before attending the interview session.

It is pretty standard, as you are willing to new people who do not know you or your technical skills and will only judge you based on your expert answers and demeanor.

To prepare for the interview session, you must have a general understanding of the technical questions that may ask during the review session.

3. What does aggregation mean in Java programming? 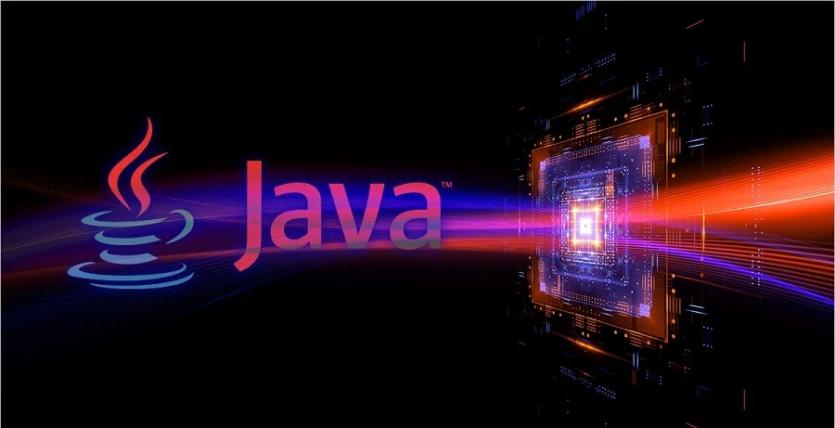 4. What is superclass in Java?

5. Explain the difference between finally and finalizing in Java.

6. What is Anonymous Inner Class, and ho,w is it different from the internal class?

7. What is the system class?

8. How to create daemon string strings?

We use the setDaemon(true) class to create this thread. Of course, we must be careful that the above method must be called before the Start method. Otherwise, we will l get the IllegalThreadStateException exception.

10. How is an RMI object developed?

The following steps can take to develop an RMI object:

11. Explain the difference between scheduling and proactive scheduling.

12. What kind of thread is a Garbage collector thread?

13. Describe the life cycle of a thread in Java.

Each thread in Java goes through the following stages in its life cycle:

15. What are Volatile variables, and what is their purpose?

16. What are wrapper classes in Java?

18. Name the important methods of Exception Class in Java.

19. How can we create strings in Java?

To create a string in Java, we can use the following two methods:

20. Explain the difference between getting and getting methods.

21. is that the default value of local variables?

22. What is Singleton in Java?

25. In simple words, how do you define Java?

Java is a platform-independent, high-level, object-oriented portal. Java is a general-purpose programming language that allows developers to create applications that run in any environment. The programs built with this language have a lot of functionality. They can use to construct dmakeent types of programs such as desktop applications, mobile applications, and co and complex websites. James Arthur Gosling, a Canadian computer scientist, developed Java in 1991 and called it Dr. Java Today, Java is the basis of enterprise application development. It plays a vital role in the IT industry.

27. What is the collect the ion class in Java name? Namethods and interfaces.

An example of a Java Collection is as follows: 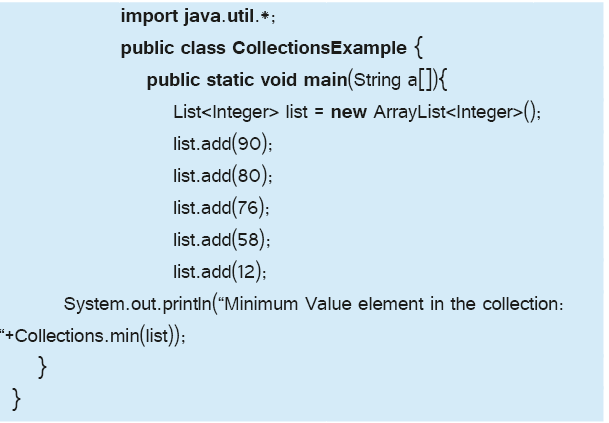 Minimum Value element in the collection: 12 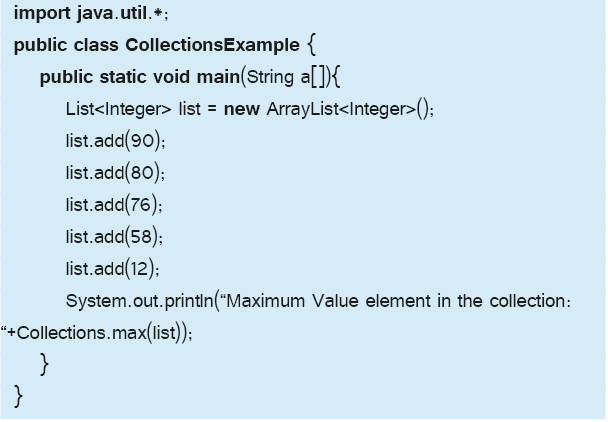 The output is as follows:

Maximum Value element in the collection: 90

Servlets are Java software components that add functionality to a Java server through an API, interface, class, or implementation. Servlet adds the benefits of higher performance, robustness, scalability, portability, and safety assurance to Java applications. Servlets run specifically on Java web application servers and are cap can handle requests from the web server. The Servlet execution process is as follows:

29. What is a Request Dispatcher?

In Servlet, RequestDispatcher is used as an interface to define an object to receive requests from clients on one side and send them to specific resources on the other (w(at, HTML, JSP). Ior n general, RequestDispatcher has the following two methods:

Servlet is a software component in Java whose main task is to receive a request, process it and pr, and send the result to the user in the form of an HTML page. Here, the Servlet Container manages the life cycle of a servlet and includes the following main steps:

The life cycle of a Java Servlet is shown in Figure 1. 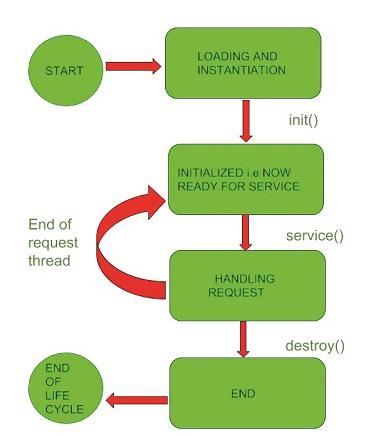 Loading Servlet: Servlet life cycle begins with the loading stage in the Servlet container. The servlet is loaded in one of the following two ways:

I nitialising Servlet : The next step is to call the Servlet.init(ServletConfig) method to initialize the Servlet through a resource such as JDBC.

Destroying the Servlet: The Servlet container releases the memory allocated to objects by completing certain specific and calling the death method.

Sessions track the user’s activity after entering the site. Session management chooses a mechanism to provide information for each individuate are four different methods for session management in Servlets as follows:

JDBC, also known as Java Database Connectivity, is a software component that allows Java applications to communicate with a database. There are four types of JDBC drivers:

33. What is the JDBC Connection interface?

The JDBC Connection interface is part of the java.sql package and provides session information for a specific database. It Defines session connections between databases and Java applications. The main methods available for the Etisalat interface are as follows:

34. Name the different modules of the Spring framework?

Among the critical essentials of the Spring framework, should mention the following :

These modules are classified. Figure 2 shows this. 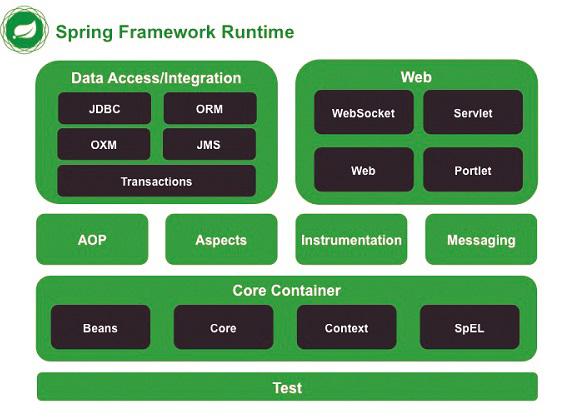 35. Explain Bean in Spring and name the different scopes of Spring beans.

Beans are one of the basic concepts of the Spring framework in the efficient management of structures. Spring Bean represents the IoC containers that manage the objects that form the backbone of applications. Domain scopes are essential in effectively using Spring Beans in an application. Scopes Measurements understand the Spring Bean lifecycle. The different types of ranges are as follows: