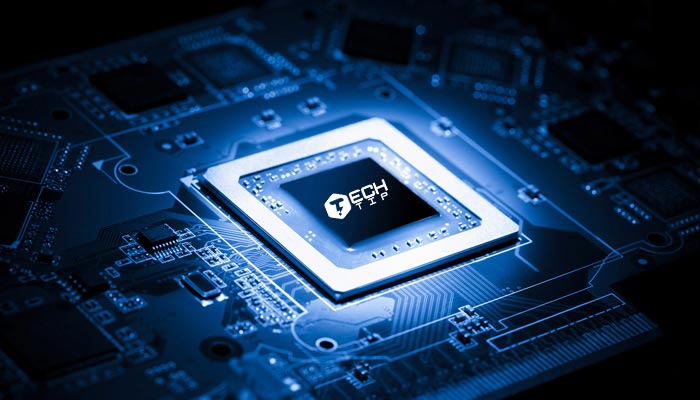 One of the most important concerns of users is to buy a suitable CPU for their computer, and some people prefer to buy a new CPU, and on the other hand, many professional users who face a limited budget want to buy a CPU. Do a second-hand for your system. Here are some points to remember when buying an Intel CPU or other top CPUs.

Every computer needs a motherboard, and every motherboard needs a CPU. CPU, which stands for central processing unit, determines how much a computer can process simultaneously and how fast it can process that data. The main things to consider when buying a CPU are the number of cores required, what kind of computer it will be used for, the type of software to run, processor compatibility, and processor speed.

When it comes to buying a CPU, there are several options available in the market. Here you will find a summary of the available CPU types, and you can make a better choice when buying a CPU.

CPUs were created specifically for desktop computers, while mainstream CPUs for desktops perform essentially the same functions as CPUs for portable devices such as laptops, mobiles, and servers, desktop CPUs are built slightly differently. . For example, one of the advantages that desktop CPUs offer is that they can offer higher thermal tolerance. Also, desktop processors are more compatible with overclocking.

Server CPUs are built for high reliability, so pay attention to certain points when purchasing a server CPU. When these processors are tested, they are put through stressful conditions such as higher temperatures and high computing loads. If your desktop processor crashes, the entire computer is disabled. However, server CPUs have a failover mode. Dual CPU servers are also designed to operate at much higher frequencies, allowing them to process more data. For this reason, one must be very particular about purchasing a server CPU.

Features that you should consider when buying a CPU

Less than a decade ago, all processors came with a single core. Today, single-core processors are the exception and not the rule. Multi-core processors are becoming more popular as their availability becomes increasingly common, and software is designed to take advantage of multi-core technology. From dual-core to octa-core processors, there are many options to choose from. When deciding how many cores you need, you first need to understand what “multi-core” means and make a better multi-core CPU purchase.

When processors ran on a single core, that single-core was responsible for handling all data sent to the processor. As more cores are integrated into a processor, these cores can divide the processor’s tasks. This makes the processor faster and more efficient. However, remember that a processor can only run the existing software. If this software only uses three octa cores, five cores are unused. It is best to match system requirements with core availability to maximize cost and utilization. Therefore, buying a multi-core CPU can be beneficial for you.

Many of today’s processors have integrated graphics processing units designed to perform graphics-related calculations. Suppose a processor does not have an integrated GPU. In that case, the computer can still display graphics if a discrete graphics card is present or if the motherboard provides video for the processor.

CPU frequency, measured in Hertz, is the speed at which it operates. In the past, a faster frequency equaled better performance. In some cases, a CPU running at a lower frequency may perform better than a higher frequency CPU due to the CPU infrastructure. It is important to look at the “instructions per clock” of a CPU in addition to the CPU frequency. While frequency is still a good indicator of processor speed, it is no longer the only factor affecting a processor’s actual speed.

When buying a CPU, you should be careful that processors generate heat. The thermal design power profile assigned to a CPU describes how much heat the processor dissipates. This directly affects the type of cooling device a CPU needs. If the CPU does not come with a cooling device or the provided cooling device is not used, a device that can adequately cool the system must be installed. Overheating

is a major danger to computer components and can cause serious problems for you. By buying the right CPU, you can prevent parts from overheating.

What specifications should be paid attention to when buying a CPU?

Below are some questions and answers you can read to gain new information when buying a CPU.

What does the word Hz mean? – Choosing the right Hertz when buying a CPU

Notebooks and other portable devices run at slower speeds to conserve battery life and prevent overheating. Intel and AMD are the two main CPU manufacturers. Both companies have built processors that have power management features. The result of this power management is a lower frequency. This means that the CPU will often run at a lower than advertised speed, and you should be aware of this when purchasing a CPU for your laptop.

The number of cores required in a processor depends on the specific computing needs. For example, a six-core processor that runs Microsoft Office programs does not increase the speed or performance of a computer. This is because Office programs cannot use the six main processor cores. For this reason, consider the commonly used software and how many cores are required and choose a CPU accordingly.

Overclocking a CPU allows you to increase the clock frequency of the CPU without spending the money to upgrade and buy a new CPU. The most popular way to overclock a CPU is to raise the Front Side Bus (FSB) from within the computer’s BIOS. The process will be the same regardless of the CPU type or brand. You have to unlock the CPU to overclock. To overclock a locked processor, enter the BIOS during system startup. Find the settings related to FSB and increase its number to increase the speed of your processor.

CPU stress is common in laptops. This helps to save battery. Since the maximum output is usually unnecessary when using a laptop, the power squeeze uses the CPU to save battery power.

When buying a CPU, you have different options. Almost all modern CPUs have more than one core. However, cores aren’t the only things that affect a CPU’s performance. The threads in the CPU are also important. Threads follow instructions that tell the computer what to do. Multi-threading or multi-threading allows a processor core to run more than one process simultaneously. For example, Intel has processors that are overclocked. This almost doubles the number of cores in the CPU since each core can handle two different data streams simultaneously.