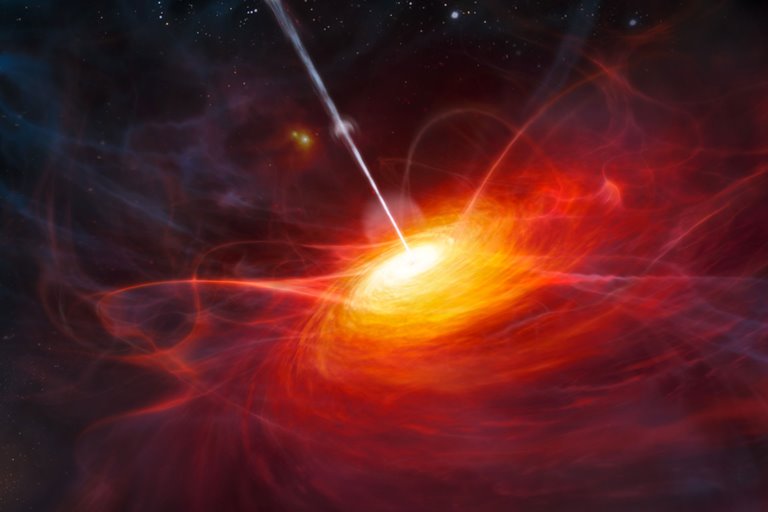 Some Megamass Quasars Formed Within A Few Billion Years After The Big Bang. Researchers Today Have Found Out Because Of This Issue.

Quasars, which shine like cosmic beacons on a beach 13 billion light-years away from Earth, are among the oldest and brightest relics of the early universe that astronomers have discovered today. A quasar stands for “quasi-stellar radio source” and is a supermassive black hole that shines as brightly as galaxies and is millions to billions of times heavier than the Sun.

Today, quasars exist at the center of many large galaxies and are tracked through spacetime thanks to their exceptional brightness; So far, 200 of them have been discovered within a few billion years after the beginning of the world.

How did such massive objects form so soon after the universe’s birth, when galaxies were sparsely populated and massive stars extremely rare?

Since the discovery of the first quasars, this question has occupied the minds of researchers for more than two decades, and now a new study published on July 6 in the journal Nature can provide an answer.

Using computer simulation, researchers modeled the formation of stars in the early universe.

They focused on one of the rare combinations in which two turbulent streams of cold gas collided.

Although star-forming gas streams collide as they do in different parts of the universe today, natural clouds or deposits of collisions between the two streams were rare in the billions of years after the Big Bang; For this reason, these objects became one of the tempting, but confusing areas of research. 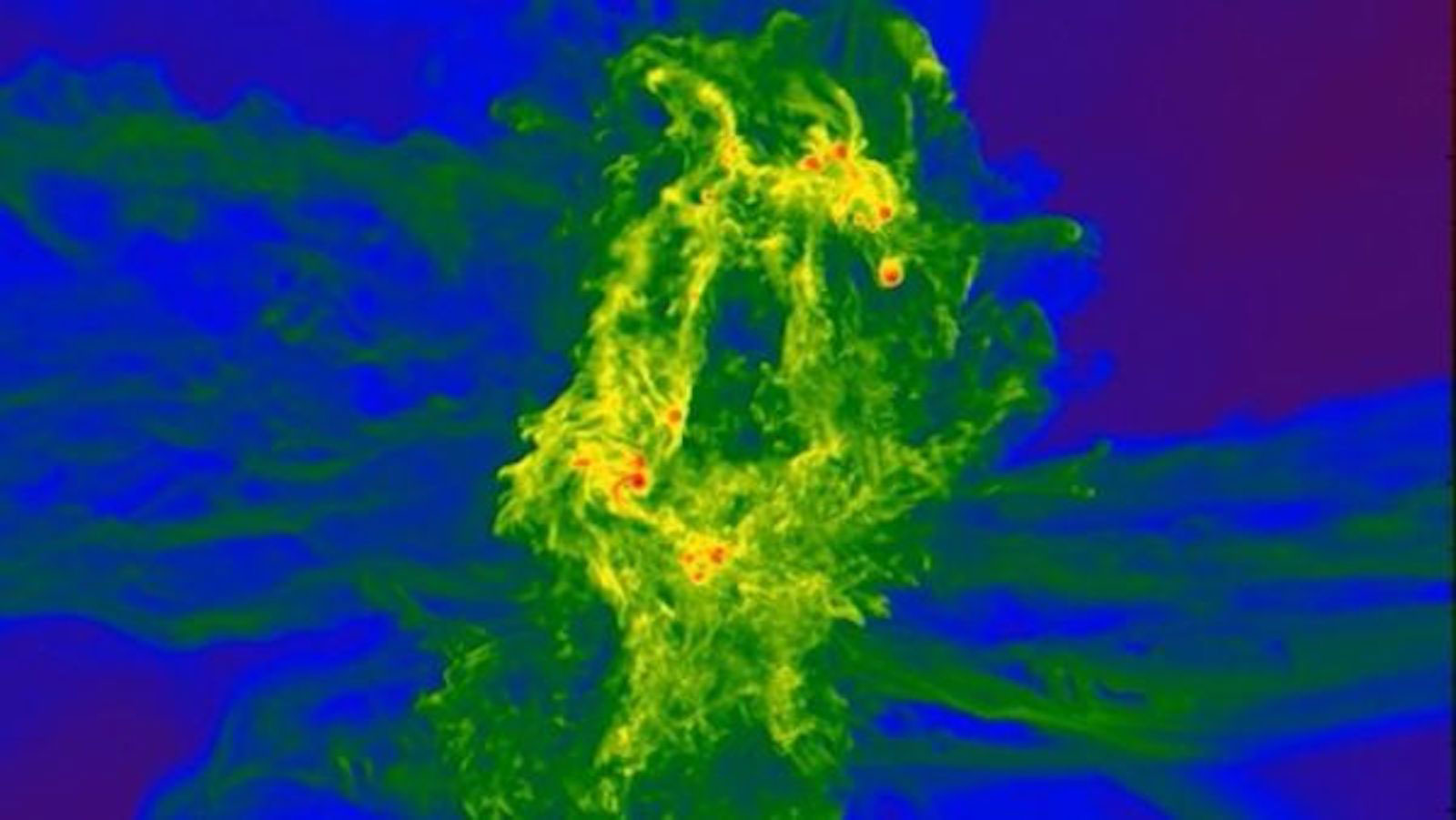 According to the simulations, two vast masses of stellar gas accumulated in the center of these streams over millions of years. But to the researchers’ surprise, unlike the previous models of the early universe, these masses did not turn into stars of standard dimensions. Daniel Whalen, Senior Lecturer in Cosmology at the University of Portsmouth, UK, says:

The cold currents created turbulence in the gas cloud, preventing the formation of average stars until the cloud became so heavy that it collapsed under its weight, giving rise to the two proto-giant stars. One of the stars was 30,000 times the solar mass, and the other was 40,000 times.

Based on previous research estimates, each quasar can have between 10,000 and 100,000 solar masses at birth.

In this case, both of the initial giant stars of the new simulation could be the stable cores of the universe’s first quasars. Both stars may have collapsed into black holes and swallowed the surrounding gas as they became massive quasars.

These giant black holes may have emitted gravitational waves during the growth of spacetime fluctuations.

Also, scientists may detect these waves in the coming decades using remarkable observatories and validate the simulation results.

The current research, if confirmed, could be the beginning of a revolution in the view of the formation of stars in the early universe.

However, the new simulation shows that the existence of such environments is not necessary.

The cores of quasars can form naturally; in these cores, rare streams of cold gases collide with each other. “The first supermassive black holes were a natural consequence of the formation of primordial universe structures, or cosmic theropod offspring,” Wallen concludes.