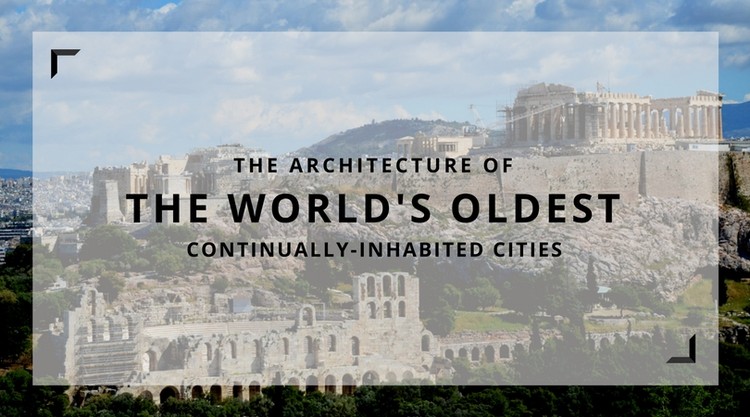 Archaeologists Are Constantly Exploring New Artifacts, Temples, And Ancient Sites In Some Of The World’s Oldest Cities.

Apart from this, these places are of special cultural importance and are also very important for human understanding of the world.

The oldest cities in the world

Jericho is located in the West Bank, in the Middle East. Although the exact time of its founding is unknown, Jericho is believed to be one of the oldest cities in the world. Jericho began as a Natufian hunter-gatherer camp around 10,000 BC but eventually became a settlement. The city walls were flood-resistant and protected from many dangers.

Argos is one of the oldest cities in the world and has been inhabited since about 5000 BC. It is located between two hills on the Peloponnese Peninsula in Greece.

The name Argus is derived from the name of the son of Zeus and Niobe. According to Greek mythology, he served as the king of this city. The city is also known as the birthplace of many soldiers who fought in the Trojan War under Diomedes.

Byblos, also known as Jbeil today, is a port city 40 miles (40 km) from Beirut in present-day Lebanon that has been inhabited continuously for more than 7,000 years. Archaeological excavations have revealed that the people occupied the city from the Neolithic period, between 8800 and 7000 BC.

Byblos’s trade relations with Egypt and its location along the Mediterranean coast quickly made it an important trading center. The city became a UNESCO World Heritage Site in 1984.

Athens is the capital and largest city of Greece. The city is known as the birthplace of Western civilization and democracy. People have lived in Athens for at least 7,000 years, and the oldest known human presence dates back to the 11th and 7th millennia BC.

The golden age of ancient Athens included the greatest thinkers in history, such as Socrates, Aristotle, and Hippocrates.

According to legend, it was named after the goddess Athena after giving the olive tree to the city to symbolize peace and prosperity in ancient Greece.

Susa began as a small town around 7000 BC and became an urban center around 4200 BC. It was an important city due to its location on trade routes.

Susa, located at the foot of the Zagros Mountains and east of the Tigris River, was the capital of the Elamite Empire until the Assyrians conquered it. Susa is a UNESCO World Heritage Site due to its history and cultural significance.