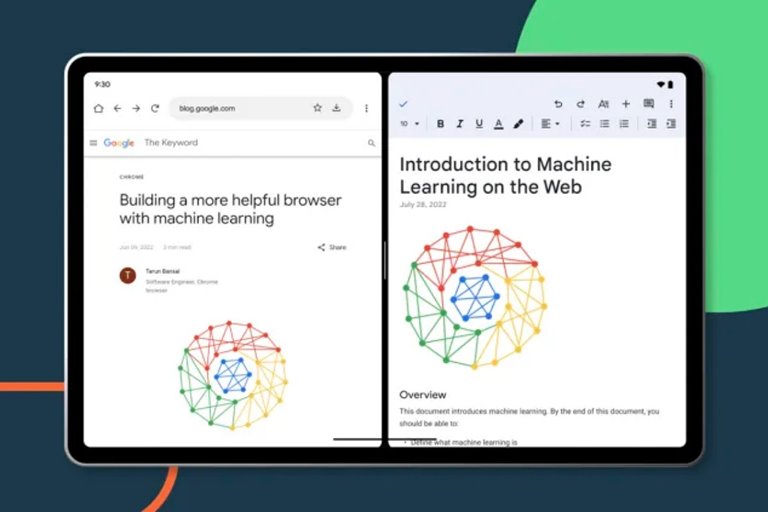 The Tablet Version Of Google’s Workspace Applications Received New Multitasking Capabilities That Make It Easier To Work With Them On Large Screens.

Google has fulfilled its promise to update and optimize 20 applications for its tablet. The internet search giant has added new features to Docs, Drive, Slides, Sheets, and Keep, all of which make the most of the tablet’s large screen. These new tools are designed to make it easier to multitask and move content from one program to another when two windows are open. You can easily drag and drop text and images from programs like Chrome to Docs or Sheets spreadsheets. These features make writing notes or reports much faster than before.

If you need to upload content to Google Drive, you can now easily open the app in a split window and then drag and drop files. Now you will even be able to open two drive windows side by side and compare their contents. This feature will also come in handy for browsing long PDF files or documents. To access this feature, tap on the three-dot menu in the corner of the screen and then select Open in a new window.

You can now create a unique link for direct access to Google Drive files by dragging files into the Keep app, Engadget writes.

Also, if you have a photo saved in Keep and want to use it elsewhere, you’ll be able to drag and drop that note to other apps. Finally, if you’re using a keyboard with a tablet, shortcuts like select, copy, paste, undo, and redo are available when navigating documents in Docs, Slides, and Drive.

Google has not prioritized Android tablet users in the past few years, but the release of Android 12L seems to be a promising start to addressing the platform’s shortcomings for large screens. When the company announced in May at I/O 2022 that it would optimize its apps for devices with large screens, it showed that it was once again serious about making apps for Android tablets. We hope this trend will not change, and future updates will improve the company’s mobile operating system experience for tablet users.