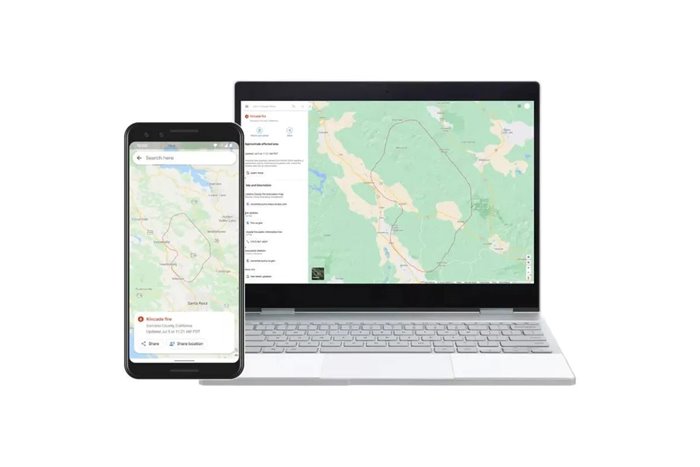 Google Plans To Offer Its Flood And Fire Tracking System In More Countries Around The World.

With the start of the flood season in the world, from this week, Google will provide the flood forecasting and tracking system and warnings related to it in 18 other countries of the world. Thus, the feature above will be available to users in some African, Latin American, and Southeast Asia countries.

The Internet search giant uses these tools to warn people about potential flood conditions through its map and search services. It is worth mentioning that this system has sent more than 115 million flood and fire warnings to users in 2021.

This system predicts the occurrence of floods at different times and places google will also offer the FloodHub tool globally. I am using artificial intelligence,

Google said about the expansion of flood tracking services in more countries of the world:

Today we are expanding our flood forecasting system to 18 new countries across Africa, Latin America, and Southeast Asia. In addition, we have unveiled FloodHub, A platform that provides forecasts of the likelihood of flooding, along with its time and location, so that those at risk can be informed. In addition, important information is made available to aid organizations and governments.

The expansion of these services has been made possible by our recent advances in artificial intelligence-based flood forecasting models, and we are committed to offering these services in other regions of the world.

Google also expands fire tracking tools’ support in its Maps and Search service. Available for the first time in the United States, these tools use artificial intelligence-based models and satellite imagery to show the exact location of wildfires and provide warnings related to these events to people living in those areas. The use of these systems also helps to extinguish the fire better.

Starting this week, in addition to the United States and Canada, this system will also be available to users in Mexico and parts of Australia. Google said about its fire tracking platform:

Using new models based on artificial intelligence and satellite images, we identify fire boundaries and show their location in real-time in our search and map services. Since July, the feature has identified more than 30 significant fire events in the United States and Canada.

Such a system can help in informing people and firefighting teams. It is worth noting that this platform has been visited more than 7 million times in Google Maps and Search since its launch, and it will be available to users in Mexico and parts of Australia this week.

In a blog post, Google also announced that the Environmental Insights Explorer’s Tree Canopy Insights tool would be available in more regions worldwide by the end of this year.