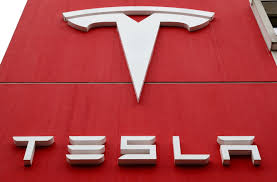 The market for fully electric vehicles is growing. The reasons are many, including new regulations on safety and vehicle emissions, technological advances, and shifting customer expectations. But much of the mainstream acceptance and excitement for electric cars can be attributed to Tesla Motors Inc. (TSLA) and its unique business model.

Tesla founder and CEO Elon Musk launched the company with the mission, “to accelerate the advent of sustainable transport by bringing compelling mass-market electric cars to market as soon as possible.”1 This mission is the backbone of Tesla’s successful business model.

Tesla took a unique approach to establish itself in the market. Instead of trying to build a relatively affordable car that it could mass-produce and market, it took the opposite approach, focusing instead on creating a compelling car that would create a demand for electric vehicles.

In a post on Tesla’s website, CEO Elon Musk said this about the company’s mission, “If we could have [mass marketed] our first product, we would have, but that was simply impossible to achieve for a startup company that had never built a car and that had one technology iteration and no economies of scale. Our first product was going to be expensive no matter what it looked like, so we decided to build a sports car, as that seemed like it had the best chance of being competitive with its gasoline alternatives.”1

So, Tesla delivered to the market the first high-performance electric luxury sports car, the Tesla Roadster. The company sold approximately 2,500 Roadsters before ending production in January 2012.2 Not a number that would fray any nerves at General Motors.

Once Tesla established its brand and had produced and delivered its concept car to the marketplace, it reinforced its business model. Tesla’s business model is based on a three-pronged approach to selling, servicing, and charging its electric vehicles.

Unlike other car manufacturers who sell through franchised dealerships, Tesla sells directly to consumers. It has created an international network of company-owned showrooms and galleries, mostly in urban centers.

By owning the sales channel, Tesla believes it can gain an advantage in the speed of its product development. More importantly, it creates a better customer buying experience. Unlike car dealerships, Tesla showrooms have no potential conflicts of interest. Customers deal only with Tesla-employed sales and service staff.

Including the showrooms, Service Plus centers (a combination of retail and service center), and service facilities, Tesla has 429 locations around the world as of the end of 2019.3 Tesla has also made use of Internet sales—consumers can customize and purchase a Tesla online.

In some areas, Tesla employs what it calls Tesla Rangers—mobile technicians who make house calls. In some cases, the service is delivered remotely. The Model S can wirelessly upload data, so technicians can view and fix some problems without ever physically touching the car.

Tesla has created its own network of “supercharger stations” where drivers can charge their Tesla vehicles in about 30 minutes for free. The purpose, of course, is to speed up the rate of adoption of electric cars by making it cheaper and easier to keep them running.

Tesla entered the market with the sporty Roadster. When it introduced its Model S sedan in June 2012, it stopped producing the Roadster.4

The base price of the new supercharged Tesla Roadster, touted as “the quickest car in the world.”

Tesla has combined many of its sales centers with service centers, including charging stations. They believe that opening a service center in a new area corresponds with increased customer demand. Customers can charge or service their vehicles at the service centers or the Service Plus locations.

Tesla also produces a fully electric Semi Truck. The truck boasts an energy consumption of less than 2kWh per mile. The company claims it can go 400 miles on a 30-minute charge now, and it’s working on stretching that to more than 600 miles in the future.7 UPS was among the companies that put in pre-orders for the truck, introduced in 2019.

Tesla’s latest model is a supercharged version of the Roadster, which the company claims is the “quickest car in the world,” capable of going 0-60 in 1.9 seconds.8 Deliveries of the new Roadster are expected in 2021, with a base price of $200,000.9

If you recall, part of Tesla’s mission is “to accelerate the advent of sustainable transport.”1 To that end, Tesla sells powertrain systems and components to other auto manufacturers.

In April 2015, it introduced a line of home batteries, called the Powerwall, that serve as energy storage systems in homes or businesses.10 They are meant to connect with a solar energy system and can be used as backup power when power is interrupted or peak demand is high.11 Tesla also sells solar panels and full solar roofing, which is a roof made up of solar panels that still looks like a roof.12

Like its rival automakers, Tesla offers financial services including vehicle loans and leases. For some of the loan programs, it has a resale value guarantee provision. This provided some downside protection on a vehicle’s value should the customer want to resell it.13

Is Tesla a Tech Company?

Many financial analysts and investors see Tesla as a technology company rather than a car company. At least, that’s how they justified the growth of its stock price starting in 2013, when it shot up by more than 300% within a single year.

Publications scrambled to find similarities between Tesla and companies from the technology sector, which had similar growth rates. Online publication Slate even ran a piece that compared Tesla to Apple Inc. (AAPL) and Alphabet Inc. (GOOGL).

Back then, Morgan Stanley analyst Adam Jonas, who has been a Tesla bull since the company’s early days, gave the stock a price target of $103 “at full maturation.”14 By mid-January 2021, TSLA was trading at $847.95.

There are several points of similarity between Tesla and the tech sector. Tesla has embraced the disruption credo of the tech sector. Much like other tech companies, Tesla is intent on changing existing business models within the stodgy automotive industry by selling directly to consumers. Its product pipeline and founder evoke a loyal following similar to those for iconic tech companies such as Apple.

And investors in Tesla, like investors in many technology companies, stayed patient through a long period of quarterly losses. They were finally rewarded: Tesla reported its fifth straight quarter of profitability for the third quarter of 2020.

This is the biggest obstacle to the mass adoption of electric vehicles: It can’t happen without the infrastructure to charge on the go. Tesla plans to continue adding to its network of Supercharger stations in the U.S., Europe, and Asia.

Tesla did not invent the electric car or even the luxury electric car. But Tesla did invent a successful business model for bringing compelling electric cars to the market. Part of the strategy was building a network of charging stations to solve one of the greatest obstacles facing the adoption of electric vehicles – refueling on long trips. Tesla’s unique business model, which includes keeping control over sales and service, is one reason its stock has soared since its initial public offering.

Put your trading skills to the test with our FREE Stock Simulator. Compete with thousands of Investopedia traders and trade your way to the top! Submit trades in a virtual environment before you start risking your own money. Practice trading strategies so that when you’re ready to enter the real market, you’ve had the practice you need.