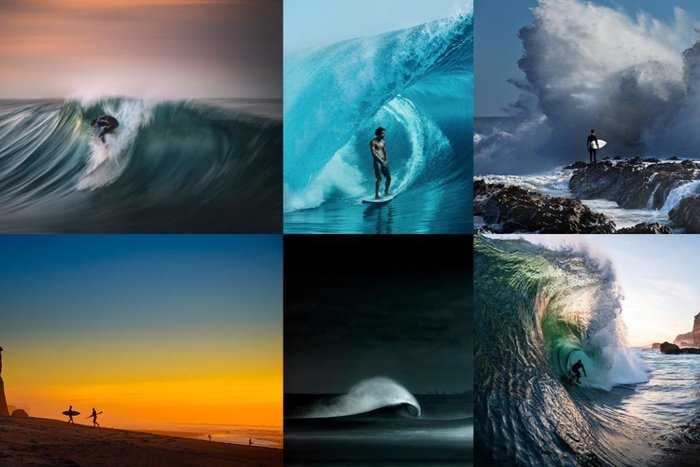 Surf Photo Nikon Australia’s Surfing Themed Photography Competition Is Held Every Year. In This Article, You Will See The Best Photos Of This Competition In 2020.

The Surf Photo Nikon Australia photography competition was held in collaboration with the national sports organization Surfing Australia, and the winners of this event were announced. Australian photographers hold this competition annually to capture the best image of a surfing theme.

Ten professional judges in the surfing industry chose the finalists of this round of competitions. The judges selected 23 finalists from among the most experienced Australian photographers. The best photos were determined according to the four main criteria of “innovation and creativity,” “emotional and effective impact,” “uniqueness,” and “framing.”

According to the mentioned criteria, Ren McGann’s photo with the theme “The Right ” was selected as the top image, which you will see in the rest of this article. Of course, if we want to compare the photos in innovation and uniqueness, the other photos were no less than the chosen image.

Below, we review some of the best photos from the 2020 Nikon Surfing Contest. 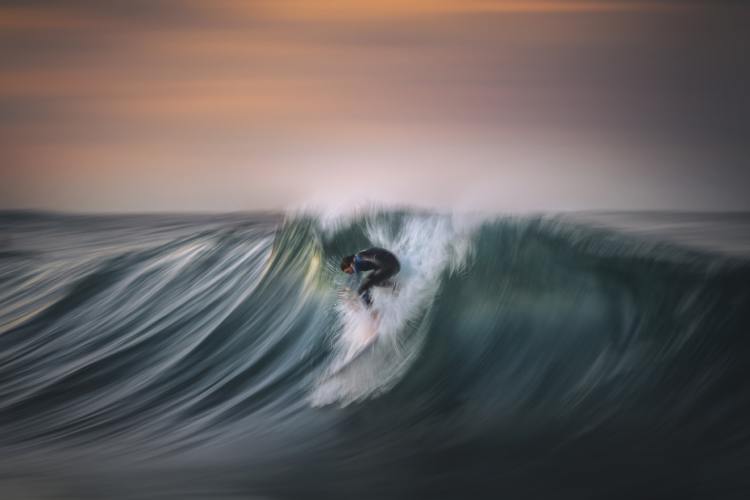 This motion blur photo was taken of a surfer at Bronte Beach at sunset in Sydney, Australia. 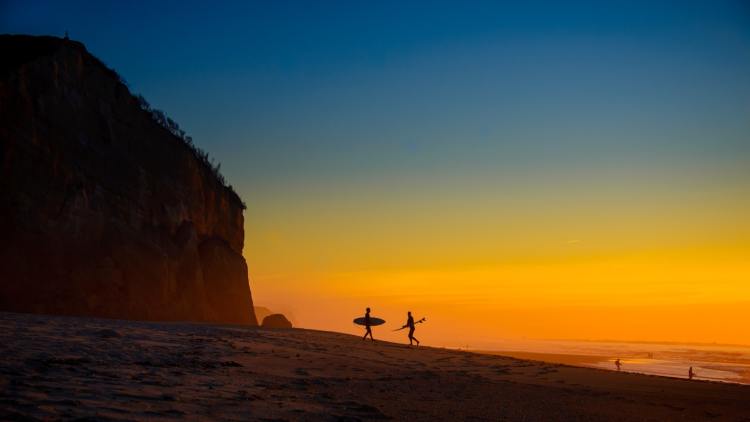 Surfing after a surf near Peniche, Portugal

Diving Beneath the Waves, Matt Dunbar

“This was my first trip to Tahini Island, and I decided to take a different shot before returning from the trip,” explains Matt Dunbar about the photo. While swimming, I was trying to take pictures of the scenes on the water from under the water. The seawater was clear, and I was lucky to see a surfer diving under the wave with his surfboard. “That day was the best swimming of my life.”

“The Wave Moves to the Right” by Ren McGann 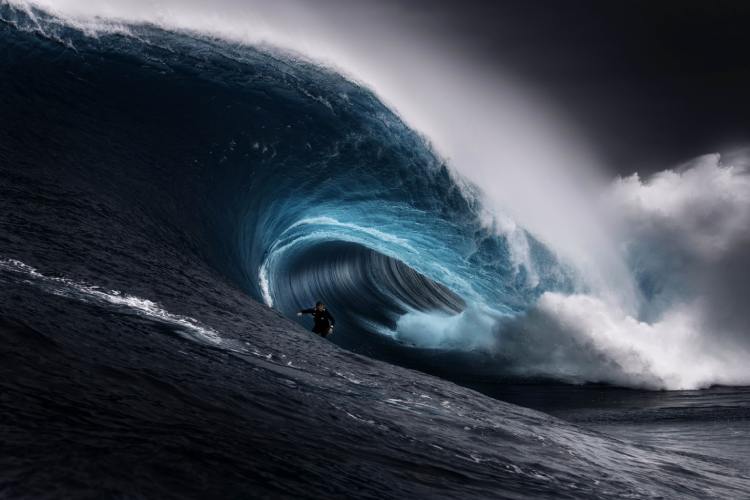 In surfing, sometimes much bigger waves come to you. This photo has been selected as a featured photo.

Travis Johnson explains the photo: “I was photographing Harry in the small waves. As this teenage surfer took to the waves, I waited with my camera at an angle facing him and heard his excitement as the wave came up. When the wave subsided, he happily shouted: “I made it!”

At sunset, in the Indian Ocean, a local surfer faced a considerable wave and struggled alone.

Before this photo, Mick Corbett’s hearing was damaged while surfing. But this surfer, with his Australian spirit, took to the waves again and continued to surf.

In a vast wave that puts many people in a challenging situation to save their lives, a surfer named Matahi Droult stood fearlessly as if greeting an old friend. This photo showed a unique spiritual connection between the wave and the surfer and was captured with a 70-200mm lens. 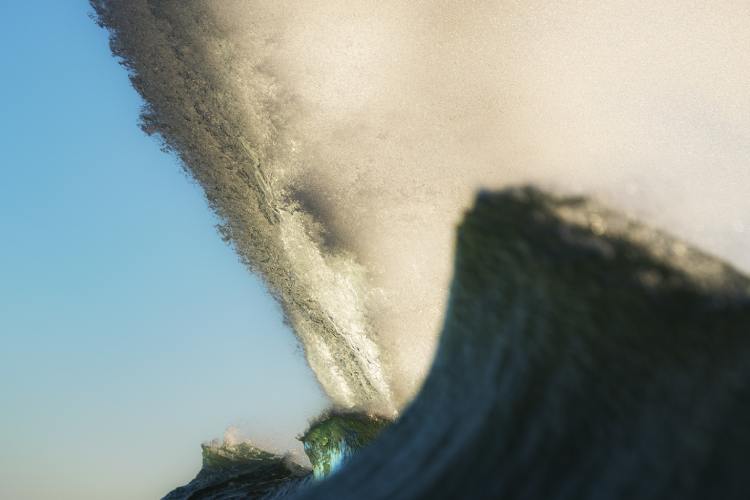 The waves were moving with great speed and power.

“Jack in Trouble” by Tom Pearsall

This photo was taken from this subject with a 160 mm lens with an aperture of f3.2 and at a time of sixteen thousandths of a second. Tom Pearsall explains the photo: “Surfer Jack Robinson clenches his teeth in stress as he tries to maintain his position in the crashing waves of Western Australia. “This wave was so strong that it lifted me and my equipment and threw it on the rock.”

An explosion resulting from the combination of hydrogen and oxygen

“Danny at Sunset” by Esteo Gibson

A photo of the sunset in Australia’s Shepp’s surf area (this area is famous for having considerable waves in the world).

A wavy sea without surfers

A shot from the back angle of a surfer surfing high waves.

A photo of local surfer Kyle Walsh taken in South West Australia. Interestingly, he was very calm in these challenging waves and surfed regardless of the possibility of injury. 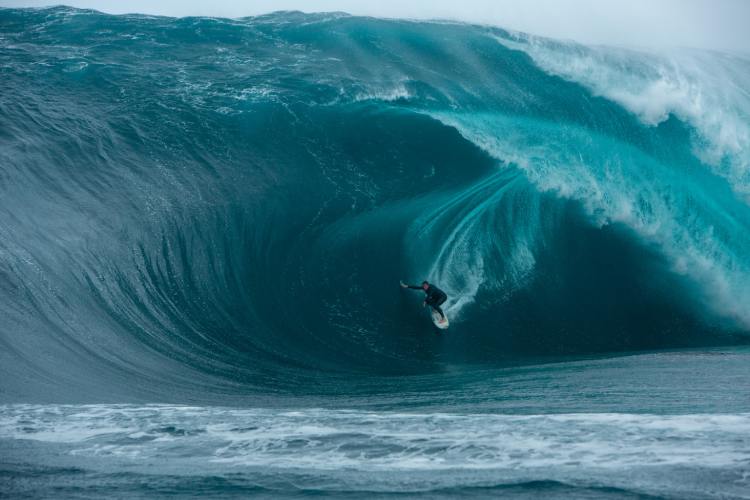 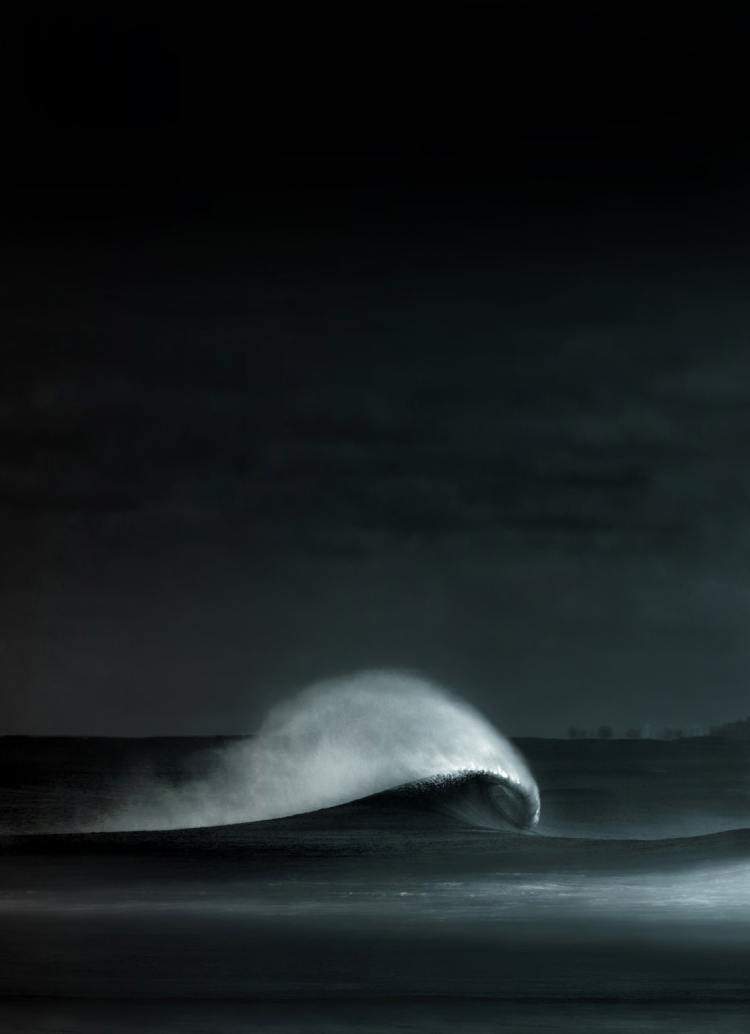 This photo was taken in the middle of the night at Sunshine Beach. The massive wave, the wind, and enough light to show the water droplets made this a beautiful photo.