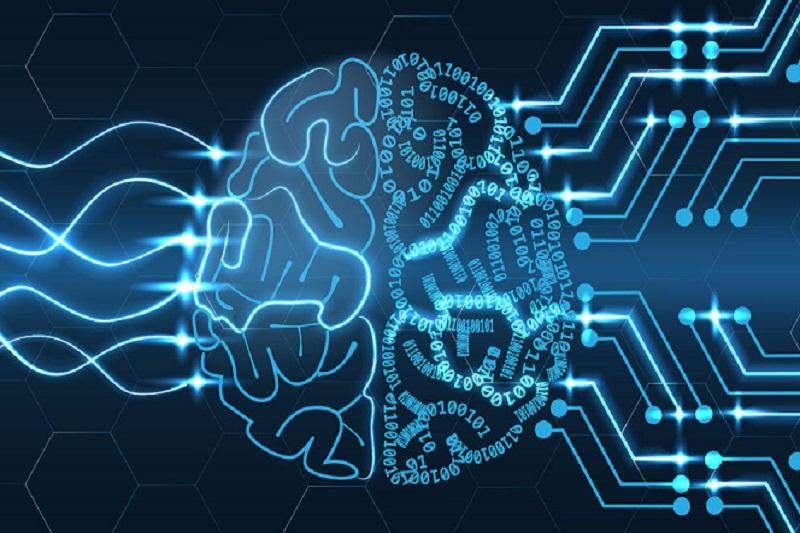 The Simplest Mechanism Humans Use To Communicate With Each Other Is To Talk. Speech Recognition Is A Subset Of Computational Linguistics. In The World Of Information Technology, Speech Recognition Refers To The Ability Of Systems To Understand Human Conversations, Processes, Interpret, And Convert Speech Into Text.

As mentioned, speech recognition is the process by which a computer program understands the meaning and concept of speech in the digital world. Speech recognition algorithms allow users to use speech as a simple and efficient communication mechanism to interact with intelligent applications.

Automatic Speech Recognition (ASR) technology, the title of Automatic Speech Recognition, is ancient and has made much progress. So that applications understand speech better and provide more humane answers than in the past, all these achievements have been achieved thanks to big data and efficient processing. However, powerful CPUs’ role in analyzing information should not be overlooked. Voice interactions and search with smartphones through tools such as Apple Siri, Microsoft Bing on the Windows platform, Google Now on the Android operating system, and voice controls on techniques such as Amazon Alexa and Google Home all work on the processing of users’ information and speech.

Automatic speech recognition uses a computer program’s algorithm; it converts signals or audio sounds into a series of words. These intelligent algorithms based on applications and hardware products, while being able to understand speech, can correct spelling mistakes and communicate with home users at home or even in cars because they receive voice commands. They Are converted into executable codes that perform specific functions such as turning lights on and off, opening and closing doors, controlling appliances, and the like. In all these cases, you do not need to use your hands and eyes; everything is done through speech processing, which is an excellent advantage for people with physical disabilities. In the following, we will get acquainted with the most famous ASR algorithms that have revolutionized the field of speech recognition and which are used by artificial intelligence specialists in designing applications. 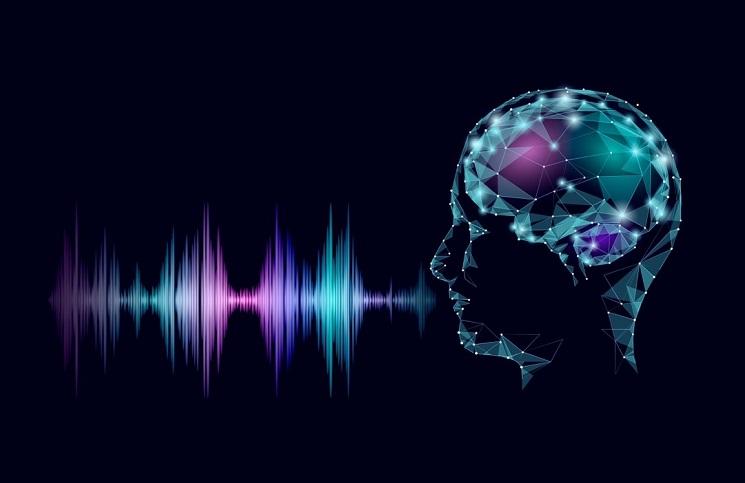 The acoustic-phonetic method is based on acoustic phonetics. It states that spoken language has finite and distinct phonetic units; therefore, the acoustic properties of phonetic units are revealed in the speech signal or its spectrum over time. The acoustic-phonetic method begins with spectral analysis of speech and then focuses on recognizing and recognizing sounds to turn spectral properties into unique phonetic properties. After completing this step, it is time to separate and label. The speech signal is divided into stable acoustic regions, and one or more phonetic tags are assigned to each divided area, thus defining the characteristics of a set of speech-related sounds. After creating a sequence of segmented and tagged sounds, in the last process, meaningful words or phrases are made.

Pattern training and comparison are two necessary steps in pattern matching. In the pattern comparison phase, ambiguous and vague speeches are directly compared to any pattern obtained in the training phase to identify unclear speech based on proximity to the practice. The above method uses a mathematical framework or, more precisely, a set of mathematical rules to create an integrated speech pattern representation based on a set of labeled instructional examples. The goal is to make the process of comparing and matching patterns with the highest reliability. Pattern recognition can classify input data into known classes by extracting essential features or attributes. A template class is a category distinguished by some common traits and qualities. The characteristics of a pattern class are the type attributes common to all patterns in that class. Attributes that express differences between template classes are often referred to as Interest Pattern attributes. A template is a description of a member of the category that provides the template class. In most cases, and for convenience, the patterns are represented by a vector. Pattern matching has been the most famous speech recognition method for the past six decades. 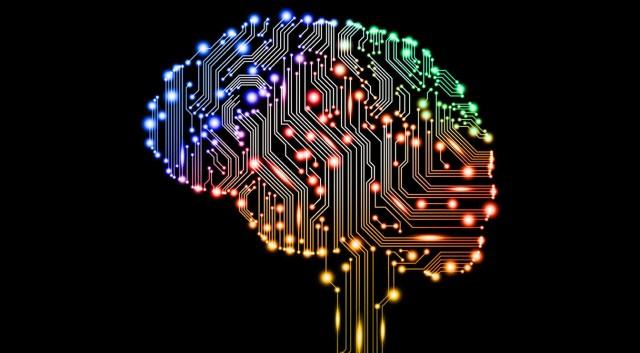 Then in the above method, one or more patterns represent the classes that should identify based on the Dynamic Time Warping (DTW) mechanism. Also, to improve the model’s recognition of pronunciations and conversations, more than one reference pattern is used in each class to perform the identification process with the lowest error rate. The distance between a received speech sequence and class patterns at the time of identification is calculated. A dynamic time matching mechanism is a solution that identifies the optimal match between two-time lines with specific constraints and solves the mismatch between experimental and reference patterns. Sequences are curved in the time axis to obtain a criterion for their similarity independent of some nonlinear changes in the time axis. This sequence adjustment method is sometimes used in time series classification. Typically, this method recognizes keywords in a speech file based on continuous and discrete modes. In both cases of keyword recognition in constant and discrete speech, the dynamic time matching method is used, which is different from the systems based on Markov’s latent model and is used today. Recognizing keywords in a continuous mode corresponding to dynamic time matching is a primary method for calculating the similarity of two time-varying sequences. In the processing stage, the speech signal is divided into short-length frames, each frame being represented as a quantized vector of features. In the case of discrete keyword recognition, feature vectors are extracted from different samples of a particular keyword expressed by one or more speakers and have different lengths. The word with the shortest distance is selected as the reference sample. Next, the alignment path with the reference sample and other samples is identified. Based on this path, the dimensions of the feature matrix of different samples are constructed based on the reference sample. In modern systems, the Markov latent model pattern matching method is preferred to dynamic temporal matching because it better supports generalizable features and requires less memory.

Gaussian Mixture-based Markov concealed models are the most common method of productive learning in ASR speech recognition systems and have been used for a long time. The Gaussian mixed model is one of the most popular clustering algorithms. The Gaussian hybrid clustering algorithm assumes that each data cluster is generated based on the (standard) Gaussian distribution, and the data is an example of a Gaussian mixed distribution. This model estimates each cluster’s distribution parameters and labels the observations. In this way, it is determined to which collection each comment belongs.

In the above method, speech can be estimated as a static process on a short-term scale. Since the speech signal can be seen as an incomplete or short-term static signal, hidden Markov models are used in speech recognition. Each of Markov’s hidden model states is a spectral representation of the sound wave represented by the Gaussian mixed model. The Gaussian hybrid model is represented by a sequential structure of speech signals based on Markov’s latent model.

Although Markov’s latent Gaussian mixed model approach has become the standard in the automated speech recognition industry, it has its advantages and disadvantages. Markov latent models are of interest to experts because they can easily detect and control data sequences with longitudinal variables based on changing word order, speech speed, and accent. Speech recognition systems based on Markov’s latent Gaussian mixed model are simple and automated. However, one of the disadvantages of Gaussian hybrid models is that statistically, modeling data on or near a nonlinear manifold in the data space is inefficient.

A differentiating model from a productive one is a distinct learning paradigm. In the 1990s, the use of multilayer perceptron (MLP) neural networks with the nonlinear softmax function in the final layer attracted the attention of many experts. When the multilayer perceptron output is inserted into a hidden Markov model, it is possible to create an excellent distinct sequence model or MLP-HMM combination, as the output can be interpreted as a conditional probability. Researchers have done a lot of research in this area so that the multilayer perceptron neural network can quickly produce a subset of features in combination with old and traditional parts for the generator of the hidden Markov model. In the late 1980s, neural networks were trained by the Back Propagation mechanism (an algorithm in the neural network regulatory learning field using a reduction gradient). In this method, the angle of the error function relative to the neural network weights is calculated for an artificial neural network and a specific error function. Unlike Markov’s latent model, neural networks have no idea about the properties’ statistical properties. They became the most popular method of acoustic modeling for speech recognition.

Deep learning, also known as unattended feature learning or representation learning, is a relatively new branch of machine learning. Deep learning is rapidly becoming the standard technology for speech recognition and has successfully replaced methods such as the Gaussian mix for speech recognition and large-scale feature coding. The deep generating architectures can first identify the properties of correlations or participatory statistical distributions with visible data and the related classes. Here, Bayesian law can use to construct this type of distinctive architecture. Deep automatic encoders, deep Boltzmann machines, Sum-Product networks, Deep Belief Network, etc., can be used for this purpose.

The goal is to make digital interaction out of digital and inflexible so that systems can understand the meaning of our sentences and respond to us like humans. Scenes Recognition tools are used in various tasks such as writing text messages, playing music, using virtual assistants, etc.