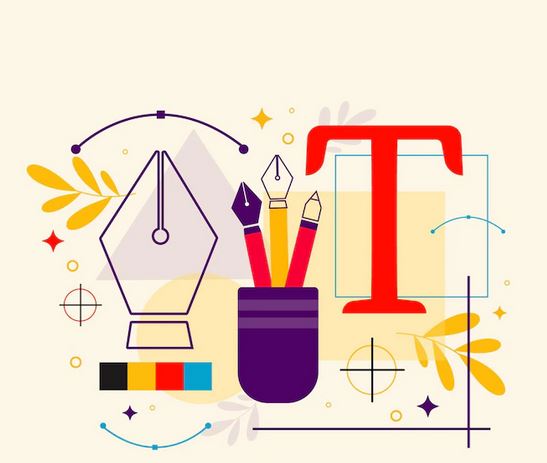 Attention to motion graphics components can make the audience interested in the video. Today’s motion graphics videos are widely used in website design, branding, advertising, education, and entertainment. It doesn’t matter what tools and methods designers use to produce a motion graphic. What is important is that the final video clearly shows the main message and can stay in the viewer’s mind.

What is a motion graphics scenario?

A motion graphic designer cannot work without learning the basics of script writing and motion graphics scenario. Most of the time, motion graphics videos tell a story to the viewer and, in this way, convey their intended message to the audience. The design of the scenario or script makes the motion graphic message fall into a specific structure. Creating a creative scenario makes the nature of the project and its main idea more understandable and interesting.

Usually, by determining the duration of the video, its style, and tone, the structure of the animation is determined, and the script is written based on the structure of the video. Also, according to the audience’s characteristics, the script’s main characters and other details are formed. The characters of a scenario are placed in the context of the story and determine its course. In other words, the characters can become the focus of Attention and involve the audience’s emotions and thoughts.

How to design a motion graphics scenario

There must be an idea to design a motion graphics scenario. In the ideation phase, three basic questions are answered. What activities will be done to design the motion graphics scenes, what are the main goals of the production, and who will the final video be shown to? In scenario design, what events will be shown in different video sequences are described in detail. Before designing the scenario, the characteristics of the video, such as style, type of audience, duration, tone of voice, messages, and goals, should be determined.

Finally, different parts of the script can be designed based on the media in which the final video is published. For example, an educational video is made with a relatively serious tone and precise vocabulary, and promotional videos may have a relatively unconventional and humorous tone. In designing a motion graphic scenario, the story process and its framework are also important. Storyline helps screenwriters know where to start the motion graphics video scenes and the result.

Important points about writing a scenario

Motion graphics processes start with the scenario. You can never produce a story video without a script. The first issue that designers should pay attention to when designing a motion graphics scenario is the simplicity of expressing and presenting the main message clearly in the script’s text. The scenario (motion graphic video script) is written about the idea and message to be displayed and their details. A screenwriter should consider ideas and themes for a motion graphics video that will work best to convey the main message. If people want to highlight the story’s characters, they can explain in the script the type of voice and their graphic form. When writing the screenplay, considering the unique visual and audio elements makes the main characters to be shown specially. Before writing the script, the style of the video should be chosen according to the topic, audience characteristics, and other influential factors.

The motion graphics scenario should specify the composition of the scenes and the details of each. Finally, it should be presented in PowerPoint or a printed version. Each scene in the motion graphics scenario represents characters and elements that express certain feelings and messages. The basis of a successful video is that all aspects, from sound to the color of the images, are considered in its script. Although writing such scripts is not an easy task, it will eventually lead to the production of a very professional motion graphics video. You can visit the Vimeo website for creativity, style selection, and inspiration from other motion graphics videos. Such websites are good resources for graphic designers and screenwriters. 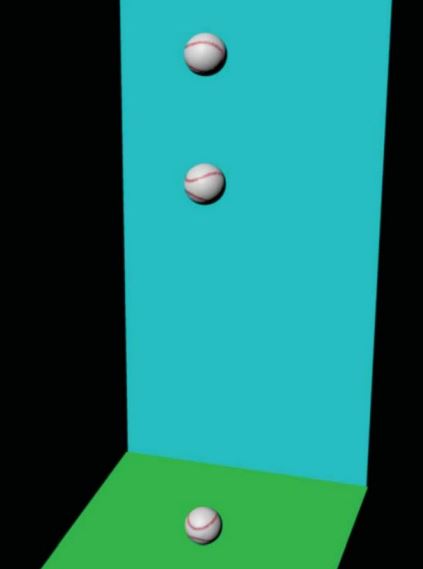 What is motion graphics text?

To make motion graphics, you can write texts that complement the images so that all the information and the video’s main idea are presented correctly. In addition, the easiest way to produce motion graphics videos is to animate text. Adding text to an animation may change the style and tone of the video. Text animation is usually done in two ways. In the first method, only the words and phrases are displayed specifically; in the second method, the letters are animated and form a text together with the phrases—software like After Effect is a great tool for creating motion graphics texts.

Motion graphic text is a popular display method in website design. This type of text can be the key to increasing visits to a website, Instagram page, or YouTube channel. This technique for business purposes guides the audience and potential customers to understand complex content better. In the motion graphics video, by writing the appropriate and attractive text for selling goods, you can show the advertising message to the audience in a very simple and entertaining way. Businesses and advertising companies add text graphics to their marketing videos to quickly and concisely convey their message to customers.

Motion graphics text can be used for very long videos and cause the viewer to interact with the content. Displaying this type of text is a suitable solution for explaining something that cannot be specified with sound and image.

Motion graphics techniques provide designers with multiple ways to show the script process, describe concepts, display products, and effectively communicate with the audience. When the motion graphic script is written, it is better to specify the characters, their tone and movements, how they sound, etc. Scripting is a skill through which motion graphic artists describe various aspects of a video in detail. Knowing the preferences and demands of the audience makes it easy for designers to determine the script’s tone, style, and framework. For example, motion graphics that introduce a product or service in a narrative and entertaining manner are more memorable in advertising.

The character and characters are at the center of the screenplay, so they should be displayed best. Knowing the psychological characteristics is very important in creating conflict between the story’s characters and determining each one’s characteristics. For example, straight and angled lines represent direction. Also, if the triangle shape is placed above the head of human characters, it indicates evil features. In general, things like color, magnification, straight and curved lines, the shadow of shapes, and the angle of view play an important role in character design. 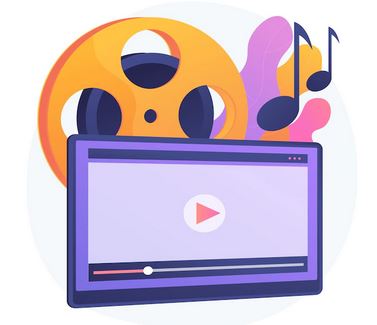 The world of motion graphics is very vast and amazing. Graphic images made with design software specialize in preparing these types of videos. With special motion graphics software such as Adobe Premiere, After Effects, 3D Max, etc., images can be turned into attractive videos. The collection of graphic images can be easily obtained through free websites. It is also possible to design these images manually and normally. Undoubtedly, the image is the most powerful means of communication in motion graphics videos and is a very practical way to help the audience understand complex concepts.

In designing and preparing graphic images, things like colors, shapes, lines, movements, and typography display the script and its details. Beginner designers can increase the appeal of their video and make it look more professional by using audio and visual plugins and effects. One of the important points regarding the images is that they should look reasonable and natural. Nowadays, most people are not interested in computer graphics with artificial colors and mostly watch natural videos with normal colors.

One technique widely used in motion graphic design is to create a space between the images of a character or character to show its movements. For example, if a character’s movement speed increases, the distance between its images in consecutive frames will increase. Also, an interesting rule about showing falling objects is that odd numbers should increase the distance between images in their mainframes. It means that if the first picture is one centimeter apart from the second picture, the second and third pictures should be three centimeters apart.

Motion graphics components, along with sound and music, greatly impact the audience’s emotions and better convey the video’s main idea. Familiarity with the basic elements of music and its principles can help motion graphics artists easily combine sound and image understandably. Playing music is essential to avoid distraction and focus the viewer on the main topic of the video. Using real and three-dimensional sounds, they create a natural and believable feeling in the audience. Adding special effects in the pitch of the video sounds and changing the intensity and frequency of the music are among the solutions that express emotions through motion graphics. The right choice of music and sound doubles the images’ beauty.

Timing is one of the motion graphics components, which is considered based on the number of frames per second. This element is similar to music and affects understanding video concepts and conveying emotions. The speed of displaying motion graphics attracts the viewer’s Attention. In this way, motion graphics artists can show certain topics, such as the weight and size of objects or the emotions of the characters in the story. For example, choosing a short time frame indicates an event’s speed; in this case, the objects appear lighter.

The video’s duration is one factor that increases the value of the final motion graphics. Answering the question at the right time for a video is not an easy task. Several factors, such as the condition of the audience, the style, and tone of the content, the media framework in which it is to be published, and the type of motion graphics such as advertising, educational, story, etc., can affect the duration of the final video. For example, advertising videos are usually less than one minute, or story motion graphics are displayed for more than two minutes. None of the motion graphics components alone can display the video’s main idea professionally and interestingly. Therefore, it is necessary to pay attention to all these elements and coordinate between them to make motion graphics.