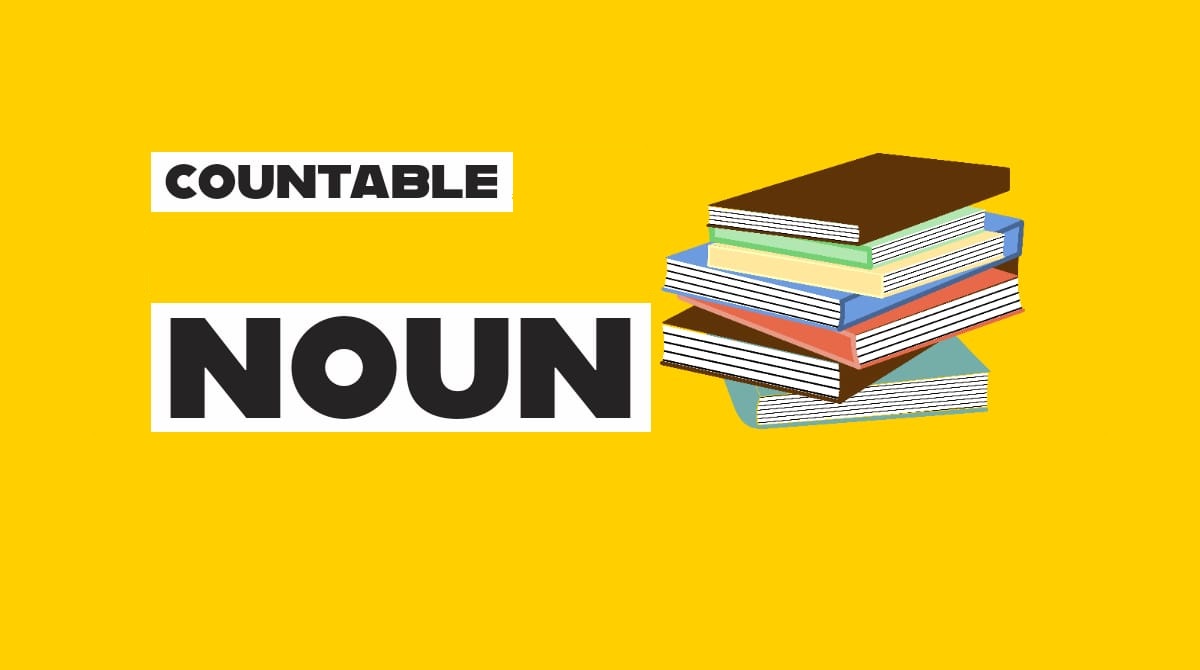 Familiarity with Countable And Uncountable Nouns

Countable nouns in English are one of the types of nouns in this language. A name is a word used to name people, places, objects, and ideas.

Although you can not count all the stars in the sky, the name Star in English is a countable name. Plus, while you can tell for sure how much milk and coffee you have, these two names (Milk and Coffee) are both innumerable.

Understanding the difference between countable and uncountable nouns in English is very important. This note first introduces these names and then examines how they are separated from each other with an example.

What is a countable name in English?

Countable names usually refer to objects or things we can see, feel, or touch. For example fruits, vegetables, toys, cars, books, countries, oceans, days, rooms and friends, all of which can be counted.

However, this definition may be a little confusing. For example, why can the name Star be counted despite the fact that we do not know the number of stars in the universe?

This name can be counted because we can use the number before it. In fact, when you look at the sky, you can start counting them even if you do not know how many there are. For example you could say:

I see five stars from my rooftop.

There’s one glass of milk .

Since these names can be expressed in numbers, all of these names have a singular and plural form. Singular nouns in English are usually used in conjunction with one of the definite article (a / an or the) or the number one.

An apple a day keeps the doctor away.

In the plural, they are usually preceded by a number or words such as few, many, and several.

Eight out of 10 apples were rotten.

Essential nouns, plural nouns and even specific nouns can be counted.

I got some books from the library yesterday.

There are five Johns in the room. 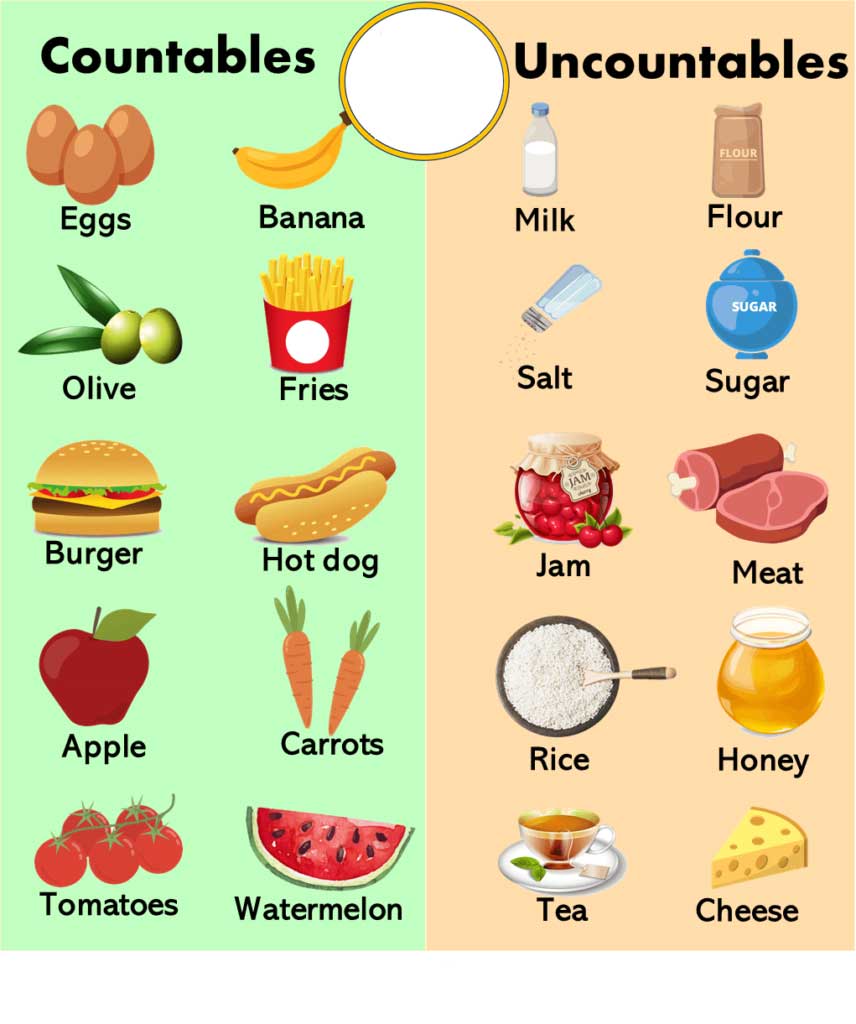 Abstract nouns in English such as jealousy, advice and justice are usually uncountable nouns.

We all seek happiness in our lives.

Her face was filled with jealousy when she saw his new girlfriend.

However, specific objects and generic names can also be uncountable. For example, some foods or beverages such as water, tea, coffee, rice and milk cannot be expressed directly in numbers.

Do you prefer tea or coffee ?

Mix one cup of flour with half a glass of milk .

Most uncountable names do not have a plural form. The present tense used with them is singular. However, words such as some, much, and a lot are commonly used to express their value.

Can I borrow some milk to bake the cake?

His mother has placed much hope in him.

Our house has seven rooms .

Is there room for me to sit here?

Since English uses so many countable and uncountable words, it is important to know the difference between these two types of nouns. As mentioned, we use a countable noun in English before the uncountable noun.

Is there any cheese in the fridge?

Yes, there are three slices of cheese still left.

However, recognizing some words is not so easy. In fact, it depends on the text. You need to read the sentence carefully to know if this name can be counted. For example, the name hair in the first sentence is uncountable and in the second sentence can be counted.

The floor is covered with loose hair .

A stray hair clung to her sweaty face.

Only the truth can set you free.

There are two truths in this story.

As you can see in the examples above, it is possible to distinguish an uncountable and countable noun by the meaning of the sentence and the words used before it. For example, you can comment on a noun by specifying a definite article or words such as few or many.

For this purpose, in the next section, the rules and regulations of uncountable nouns and countable nouns in English are examined in general. You can use these rules to identify names. 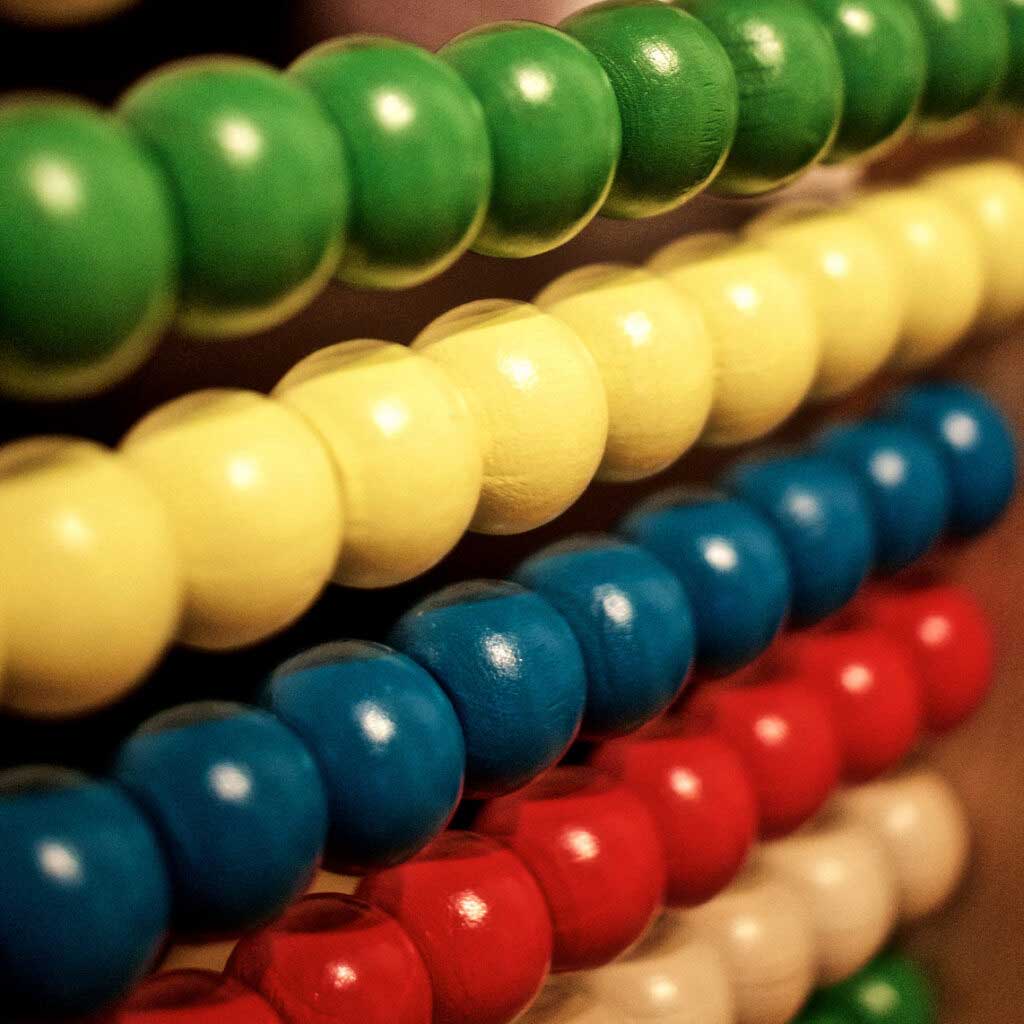 Grammar of countable nouns in English

Knowing how to use a countable noun in English in positive and negative sentences is very important to distinguish it. In general, in a positive sentence, it is used in the following two forms (singular and plural):

There is a cat in the garden.

He has some great ideas .

Although any is generally used in negative sentences and questions, we can also use it in positive expressions. We use it in a positive sentence when it does not matter which one we choose.

You can have any three items of clothing you like for $ 30.

In the negative sentence, we use the following two combinations for the singular and plural nouns, respectively:

For example, look at the following sentences:

There isn’t a dog in the garden.

We did not take any pictures .

In question sentences, when using a countable noun, we can use the following three combinations. The first compound is for singular nouns and the next two compounds are for plural nouns. For a better understanding, look at the examples given with each combination:

Are any of your friends here?

HOW MANY + plura lcountable noun

How many lessons will you have tomorrow?

As mentioned, the uncountable noun, unlike the countable noun in English, is used only in the singular. That’s why we only have one combination to use in positive and negative sentences:

For a better understanding, pay attention to the following sentences:

I need some sugar in my coffee.

There is some milk on the floor.

He did not buy any apple juice .

He does not have any money left.

Similarly, to use them in question sentences, unlike countable nouns, you can only use the following two forms:

HOW MUCH + uncountable noun

You can see how to use these two combinations in the following sentences:

Is there any sugar ?

Do you have any luggage ?

How much wine is there?

How much luggage do you have?

After preparing a list of countable and uncountable nouns in English, you can write your sentences with the help of the rules mentioned above. For example, you can start by stating the amount and number of food and household items.