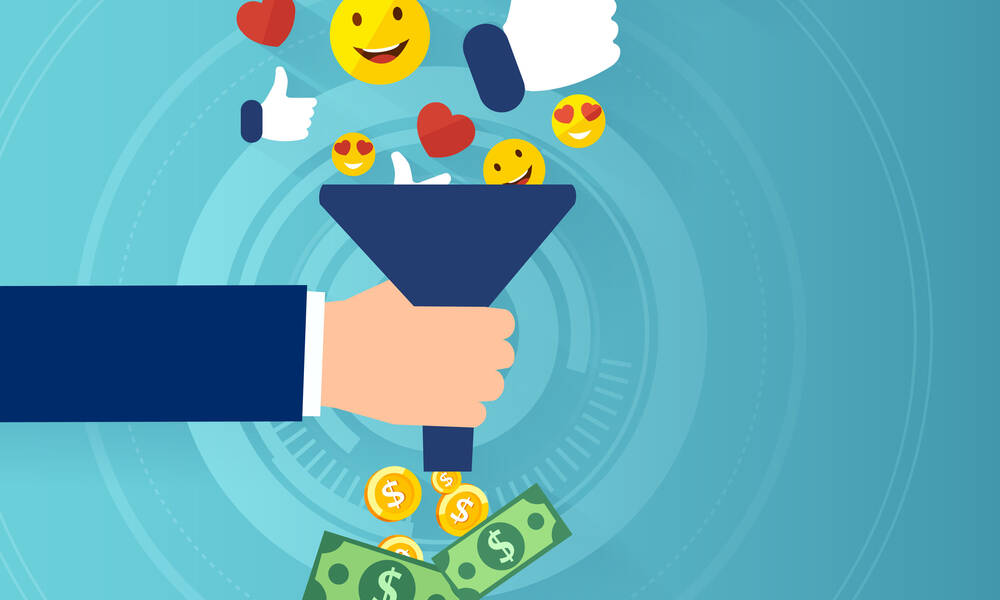 Social media revenue comes from one main source: the number of users of the platform. Advertising is also the key to earning this income. For users and social platforms, advertising is the main source of income. How does this happen?

In this article, we will introduce you to everything you need to know about social media revenue, focusing on the methods of earning and the amount of income of Meta Company – formerly Facebook – as the largest, most popular social media in the world.

The number of active users and the earnings from social media

In 2021, the number of monthly active users of Facebook was 2.91 billion, and LinkedIn was announced to be 310 million. Since 2019, Twitter has stopped reporting the number of active users. In the latest statistics provided by this social platform, this number was announced as 330 million. Considering the countless number of social media users, an important question arises: “How is the income of social media provided while social media provide their services to users for free?”

The way to make money from social media is to use the same monthly active users, but this is not the answer to everything. We open this issue for you to understand more precisely how social media turn these numbers into money.

How do social media make money?

Various social media, such as Facebook, do not earn money directly from the content shared on your profile. It includes all text, images, videos, and anything shared on these platforms. The only way to monetize social media is to place various advertisements throughout its platform, the costs of which are paid by the companies and individuals who advertise.

Types of advertising in social media

A famous quote says: “If you don’t pay for services and products, You are the product.” Social media are not platforms for spending time for free. Even though different companies like Meta pay such exorbitant fees to attract your attention and your activity on these platforms.

Regarding the freedom of social media, it can be said that to reach such a large number of users, it must have easy and hassle-free access, and most importantly, it must be free. If it were necessary to pay an amount as a subscription, the number of social media users would never reach these numbers.

This form of service delivery is not a new idea. The TV business is based on the same principles. Different TV channels do not produce new programs to please the audience. These programs are produced to show advertisements to the audience by getting your attention, however small, but with a lot of income. This allows businesses to advertise their brand in various media, such as television and social media. The number of viewers on computers and phones is as important to social media as TV media.

This issue is one of the reasons for presenting the average income of the Meta social media (Facebook) per user in the US stock market.

All media know they have a serious and fundamental competitor in attracting the audience’s attention. A competitor has a greater impact on its audience than other channels such as television, newspapers, magazines, etc. Due to the greater influence of social media, it is much more than its competitors.

Also, one advantage that makes social media earn money is the low cost of advertising on these platforms compared to other platforms such as television and newspapers.

The income from meta-social media

The average revenue of Meta social media per user in 2020 was approximately $32. As mentioned earlier, the number of monthly active Facebook users in 2021 was close to 2.9 billion

Now, you can roughly guess the amount of social media income according to the number of Instagram, WhatsApp, and Facebook users. You will reach an astonishing astronomical number. According to this point, it is easy to understand this media’s capital volume of 1 trillion dollars in the American stock market.

The importance of advertising for social media

Advertising for social media such as Facebook, Twitter, LinkedIn, and Instagram is a way to earn money from social media and provide services. Advertising is the purpose of these platforms.

For example, the Twitter company says about the ability and purpose of its platform and monetization of Twitter social media: “Our main ability is to attract advertisers to our social platform and increase the income that is obtained in this way, as well as to improve user monetization to This is the help of advertising.”

Twitter is known as a place to share news and ideas quickly. Despite this, according to the managers of this company, it can be seen that this issue has a second priority for this social media. Because the main purpose of Twitter is to make money using advertisements.

A story about the importance of advertising in social media revenue from Mark Zuckerberg and Facebook.

When Mark Zuckerberg was looking for a CEO for his social media in 2007, instead of choosing an engineer or someone with computer knowledge, he hired a VP with a background in advertising sales. Sheryl Sandberg was an executive with 6.5 years of experience, having gained this experience as the Vice President of Google.

The role of messenger social media

Perhaps at first glance, the allocation of 19 billion dollars by the Meta company in 2014 to buy WhatsApp messenger seemed strange, but time has shown that it is not so. This messenger currently has 2 billion monthly active users.

This issue was the same for visual social media. As another example, Facebook paid $1 billion to buy Instagram in 2012.