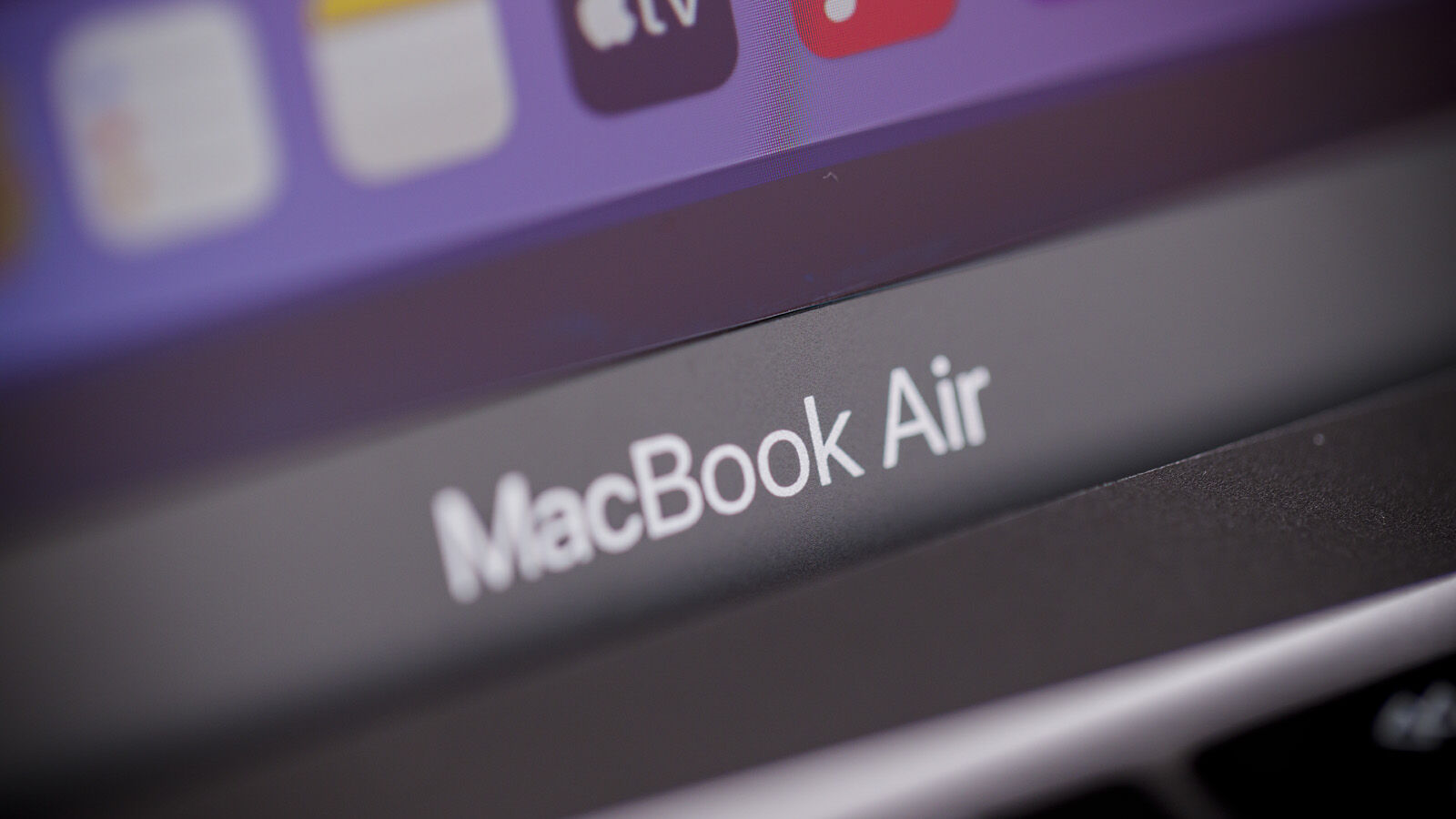 According to Apple’s two-year window to transition from Intel chips. The MacBook Air looks set to experience its biggest redesign since 2008. This article will review the news and rumors about this ultrabook.

Before the new decade, Apple unveiled a new architecture for Mac computers. And perhaps it could be seen as another dawn for computers that were almost isolated by Intel’s shortcomings. At the end of the transition to its chips, Apple now relies on logo architecture. And it is predicted that all Mac computers, including the MacBook Air family, will soon be upgraded to the body and heart of the new beats, given the two-year deadline. Finally, the Mac Pro is expected to complete the migration process as the last Intel stronghold on Mac computers.

In the meantime, it has been almost a year since the unveiling of the latest MacBook Air. And it seems that the tech giant is developing a new version of the ultrabook. The upcoming model is said to create the biggest MacBook Air redesign since 2008. Looking at the first generation of the MacBook Air, we see that this notebook somehow set a new standard for portable computers; Therefore, the biggest redesign of the MacBook Air could also be very important. And the founder of new components for Apple’s future notebooks. Steve Jobs unveiled the first-generation MacBook Air in a speech at the 2008 Macworld Conference, a year after the revolutionary iPhone, A portable computer that looked amazing in design and specifications. The laptop was adorned with a silver-polished aluminum chassis 1.9 cm thick. And it weighed less than three pounds, which is unmatched in any other notebook.

In one of the most memorable introductions in the history of technology products. Jobs placed the MacBook Air in an envelope that cleverly engraved the thickness and lightweight of his new notebook in the audience’s mind.

Of course, the MacBook Air was not the first notebook with a premium design and very low thickness; But Apple’s formula was so successful, attractive, and influential that it changed the way people think about buying laptops and the overall market trend; So now, years later, the market is full of slim, well-built laptops that follow Jobs’s legacy.

Now, the MacBook Air 2022 can take this legacy and technical design to the next level with the help of proprietary, low-power chips.

Apple is now designing chips that can consume the least energy. The designers and engineers of tech giant Cupertino can significantly reduce the thickness of the chassis without fear of chip-induced heating problems.

Renders attributed to the MacBook Air 2022 indicate that the ultimate identity of this ultrabook, i.e., thinness and lightness, will be preserved. And apparently, the device’s thickness will be the same in all directions. Since the first-generation MacBook Air unveiling, Apple has always followed the design language of a thicker chassis at the rear and a thinner at the front.

The thicker part of the current MacBook Air is where embedded processing chips and other hardware are embedded.

Thanks to the new chips, Apple will be able to completely redesign the MacBook Air chassis in a way that is still thin but the same in all directions. The next MacBook Air chassis can be undeniably similar to the iPad Pro based on the rendering images. And will probably be only slightly thicker than the USB-C port and the 3.5mm audio jack.

A Thunderbolt 4 USB-C and USB-C port will be on one side of the frame, and on the other side, a Thunderbolt 4 port and a 3.5mm audio jack. Another slightly controversial design feature is the white edges of the screen with a notch similar to the MacBook Pro. With the introduction of the 24-inch iMac last year, Apple showed that it wants to integrate new Mac computers with components of pre-product design.

The white display bezel and various color options are somewhat reminiscent of the design of the first generation of iMac. And it looks like the MacBook Air will follow suit. The next MacBook Air could be a reference to the iBook G3, And the white edges of the screen are somewhat reminiscent of Apple’s classic design language. Interestingly, MacBook Air was offered white margins before 2018. Apart from the margins, the island keyboard will be completely white. And fortunately, the half-function keys will be replaced by full-size keys similar to the MacBook Pro 2021. Additionally, Apple is expected to delete the word “MacBook Air” at the bottom of the screen.

So far, little information has been released about the next-generation MacBook Air display. Still, it is no secret that Cupertino’s are known for using quality displays in their products. And it can be said with certainty that the ultrabook can also be equipped with one of the best displays available.

In the new MacBook Pro models, Apple abandoned traditional LED-backlit displays and used mini-LED backlit displays to immerse users in visual content. Evidence suggests that the MacBook Air will be equipped with the same display, But apparently, it will not support the 120Hz refresh rate.

It does not make sense to support the 120 Hz refresh rate; Why the MacBook Air is so much cheaper than the MacBook Pro and therefore. Apple should not offer some features to maintain the price range. However, using a mini-LED display will be great news for fans; Because it makes the contrast, brightness, and depth of black like expensive OLED displays.

We do not see much change in terms of charging, and the current MacBook Air can offer 15 to 18 hours of charging with a 49.9 watt-hour lithium polymer battery, thanks to a very low-power chip. It is not expected that the new model will be able to accommodate a larger battery due to its small thickness. Still, perhaps the M2 chip, given its four-nanometer lithography, could increase charging, albeit slightly. Finally, a 30-watt power adapter will provide the power the device needs. Towards 2020, Apple introduced a new era in Mac computers by introducing the powerful M1 chip, which may be considered the most important change in the history of these computers. The Amway chip has been shown to have the potential to emerge as a powerful powerhouse. Boost processing performance and at the same time keep the power consumption of Mac computers to a minimum.

Now it’s time for Apple to unveil the next chip generation. And we think the new MacBook Air will be the first product to feature the M2 chip. The chip will likely have newer manufacturing technology and cores and power the next generation of Apple-based products.

The M2 processor, like the previous generation, will be a system-on-a-chip (SoC); That is, an integrated chip that will accommodate most of the main components of the process, including the CPU, GPU, media engine, memory, etc. as a whole. The processor appears to be built using a four-nanometer manufacturing process. The new lithography allows Apple to embed more transistors at the silicon level, thereby increasing power and energy efficiency.

M2 chip with ARM V9 microarchitecture and design of new cores can be a processing giant for portable products.

Like other processors used in the iPhone and iPad, the chip will use Apple’s core design to power Mac desktops. And like the previous generation, it can have eight CPUs, including four powerful and four low-power cores; The difference is that these cores have a new design and bring much more power. In addition, we expect to see a new graphics configuration of up to 10 cores. The M1 chip, meanwhile, included two 7- and 8-core graphics options.

The eight-core version of the Amwan chip can handle approximately 25,000 trades and reach 128 operating units with a power of 2.6 teraflops. Now, the M2 chip can change the numbers on paper using more graphics cores and a new design. In addition, there are rumors that the chip will be based on the ARM V9 microarchitecture. And will also support new features such as beam tracking. As mentioned in the design section, the rumored ports will include two Thunderbolts 4, a Magsif connector, and a 3.5mm headphone jack. Connect Magsif allows users to use USB-C ports to charge the ultrabook and use them for other activities.

Thanks to the Thunderbolt 4 standard on paper, data can be transferred at a speed of 40 Gbps or, if necessary. The Rhine can be charged at a speed of 100 watts. However, since the MacBook Air’s battery will be much smaller than the MacBook Pro, it will not require much power for fast charging.

After the MacBook Pro, Apple now plans to equip the MacBook Air with a notch. The tech giant will use a notch to hide its face-to-face camera, microphone, and ambient light sensor; Therefore, we do not see a Facebook ID array for authentication. However, there is a 1080p camera that can deliver up to twice as good performance in low-light environments. Rumor has it that Apple is looking for a simpler registration policy for its future products, especially new Macs. A recent report by Dylandkt revealed that the next-generation MacBook Air would probably be called just “MacBook.”

Apple may name the MacBook Air 2022 “MacBook” only

Of course, this report is very vague, and we do not know if the MacBook will replace the Air model or if it will be a different product. If the report is true, a change in the naming would mean that Apple intends to simplify the naming of its product. Apple laptops will only be available in MacBook and MacBook Pro models.

Another possible 15-inch MacBook Air. It is said that Apple is developing a high-end model of the MacBook Air in 15 inches. Which is in a separate category from the current model. Apple currently sells the 13-inch MacBook at a base price of $ 999. Overall, despite the hardware upgrades, it does not look like we will see a price increase. And the use of a mini-LED display in the 2022 model. And Apple is likely to maintain the same price range; Of course, keep in mind that Apple priced the 14-inch MacBook Pro much more expensive than the 13-inch version; So if we see the unveiling of the 15-inch MacBook Air this year, it can be more expensive than the current model.

Overall, Apple has a very important year ahead of it; Because the company’s two-year window to transition from Intel chips will be complete. And with the release of the Mac Pro, none of Apple computers will be equipped with Intel chips anymore. MacBook Air will also play an important role in this transition; Because, as mentioned, it will be the first product to be equipped with the second generation of Apple M’s proprietary chips; A chip that many tech enthusiasts are looking forward to competing with new chips from Intel and AMD.