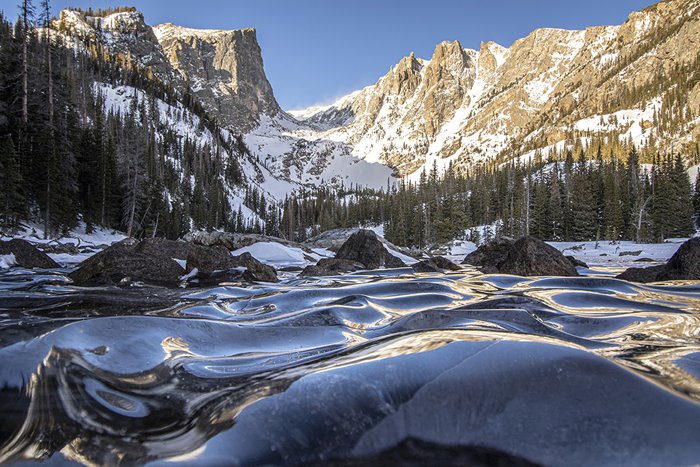 The Natural World Can Always Surprise Us. Nature Has Been A Source Of Inspiration For Many Artists And Has Been Able To Reveal Unexpected And Unique Subjects For Them.

Eric Gross saw nature’s inspiration when he first traveled to a mountain lake in Colorado. He says about this beautiful experience on a cold morning:

Before sunrise, the undulating surface of the ice resembled small hills and valleys, which at first seemed unusual but understandable. After exploring the lake and looking for compositions, a rocky part of the coastline revealed an indescribable phenomenon that has drawn me to that spot several times to photograph: ice waves, frozen in time, make the landscape look shiny and entwined and displayed in their curves and protrusions.

(Click on the images to see them in their original size) 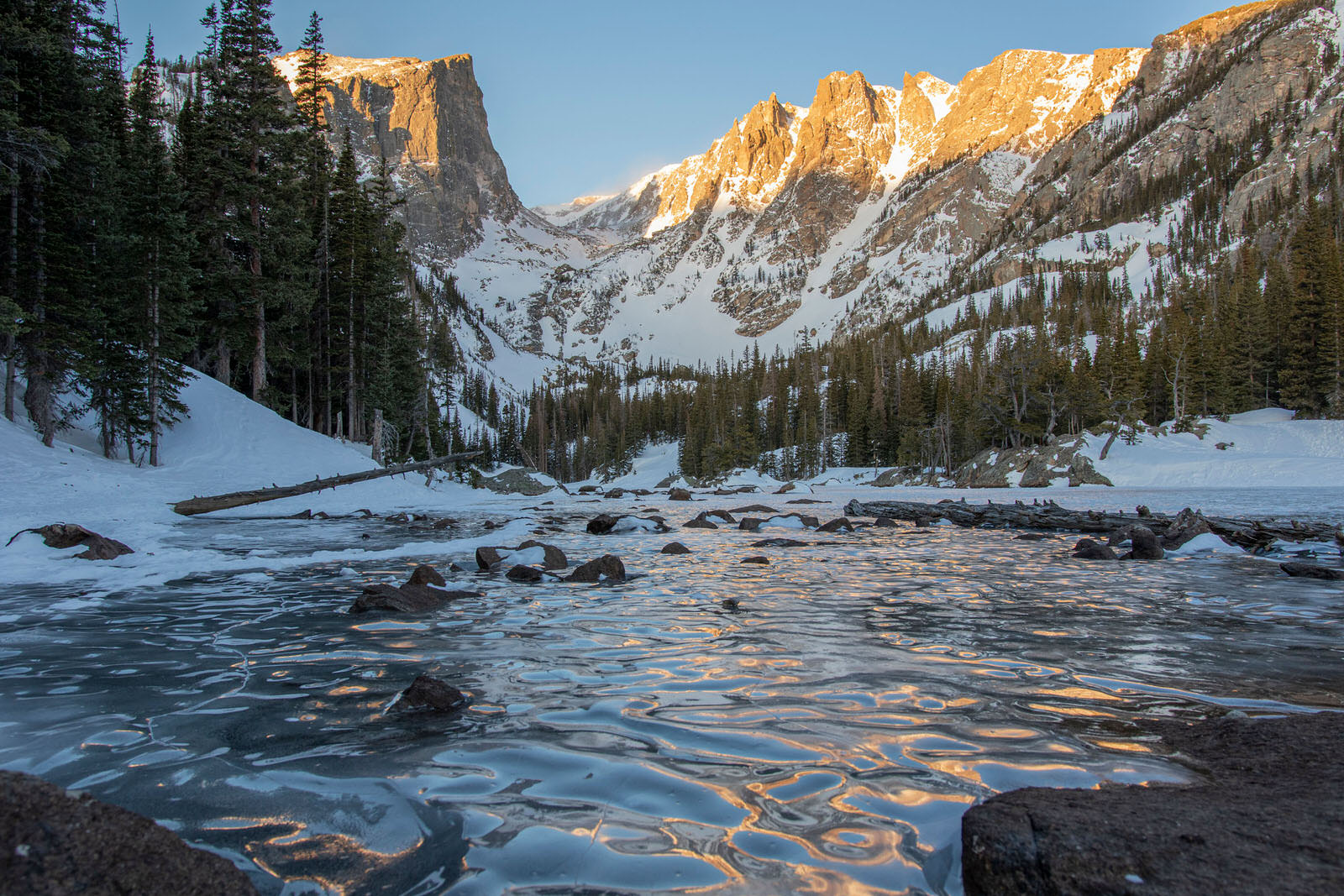 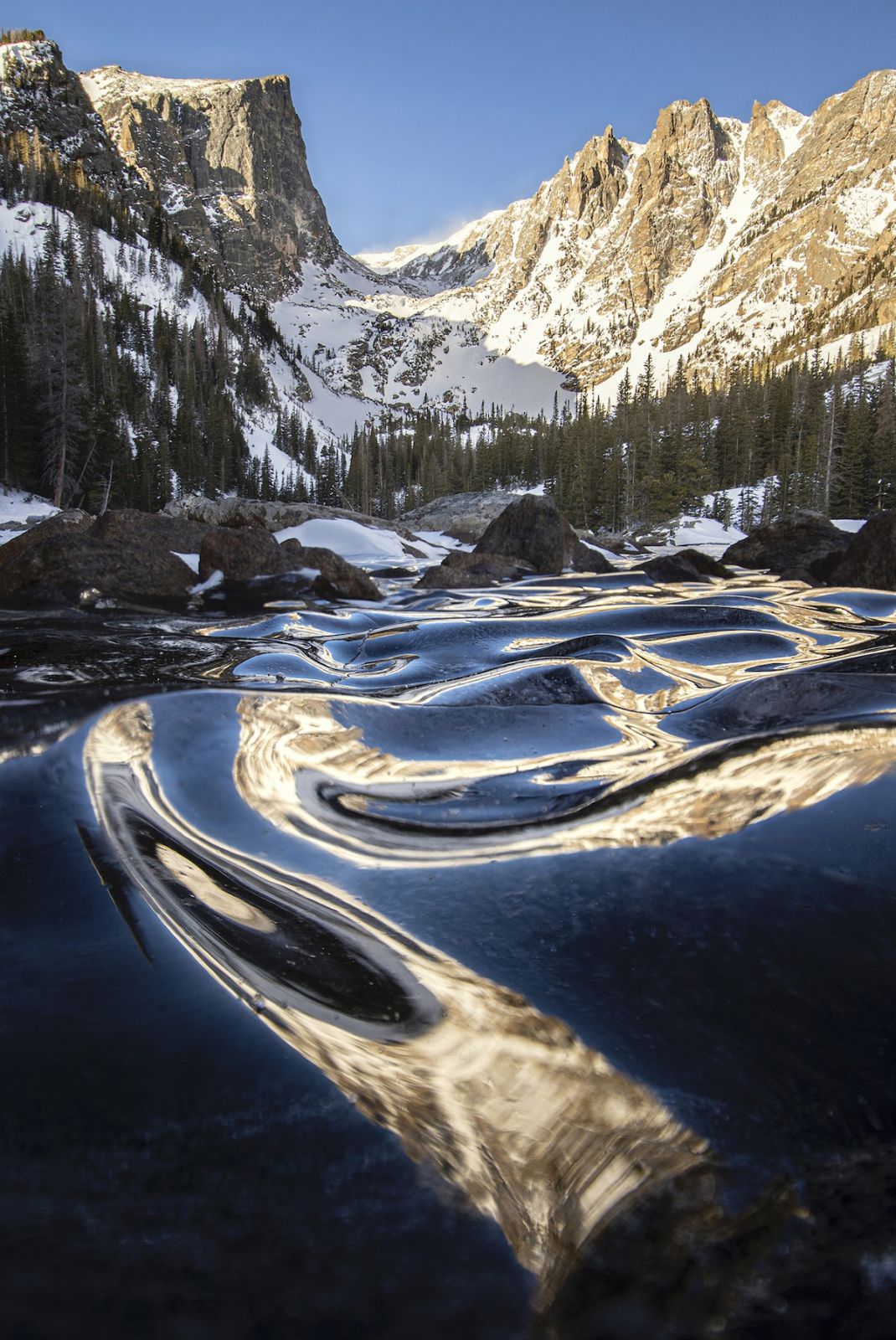 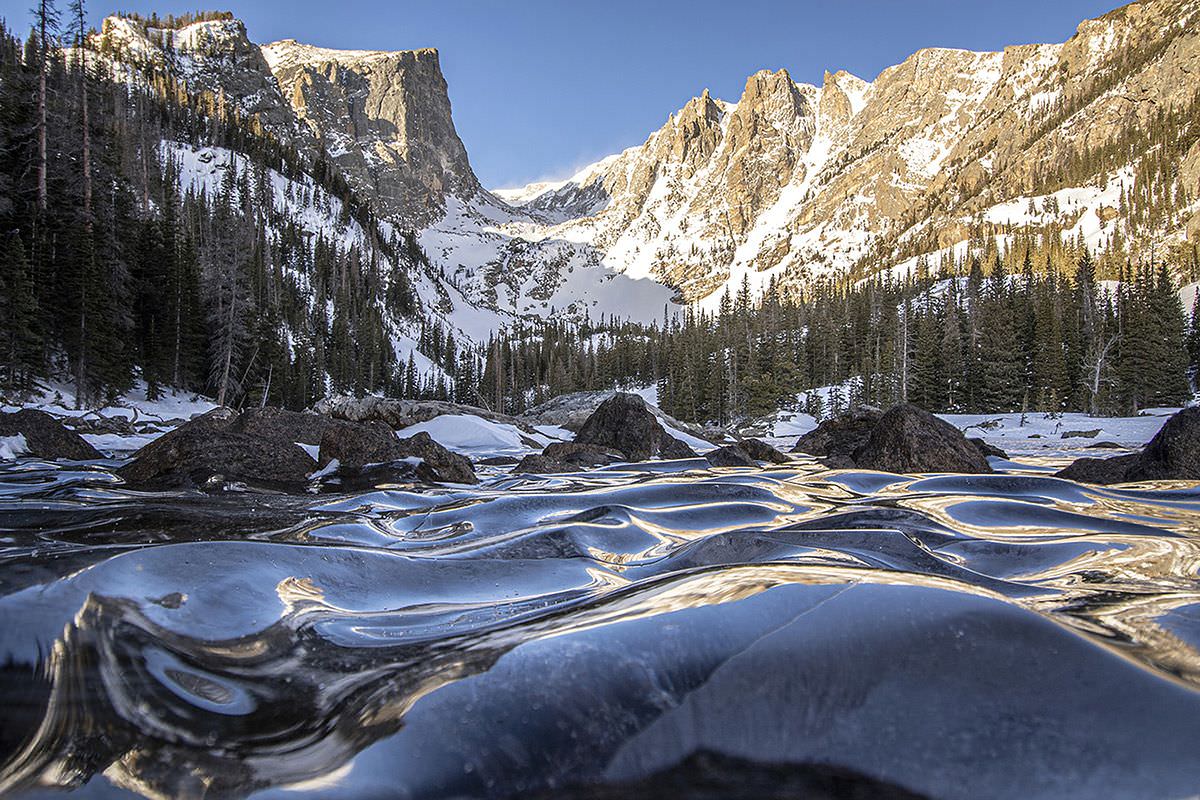 To photograph this scene, Eric lay down on the ice so that he was level with the ground and could create images with a unique perspective.

Without planning and preparation, I could only shoot at ground level, lying down on the wavy ice and using whatever soft gear I had with me, such as gloves and a hat, to protect and strengthen the camera. I could only capture multiple shots with different focus plates that enabled focus stacking to create a sharply focused image from 6 inches to infinity. 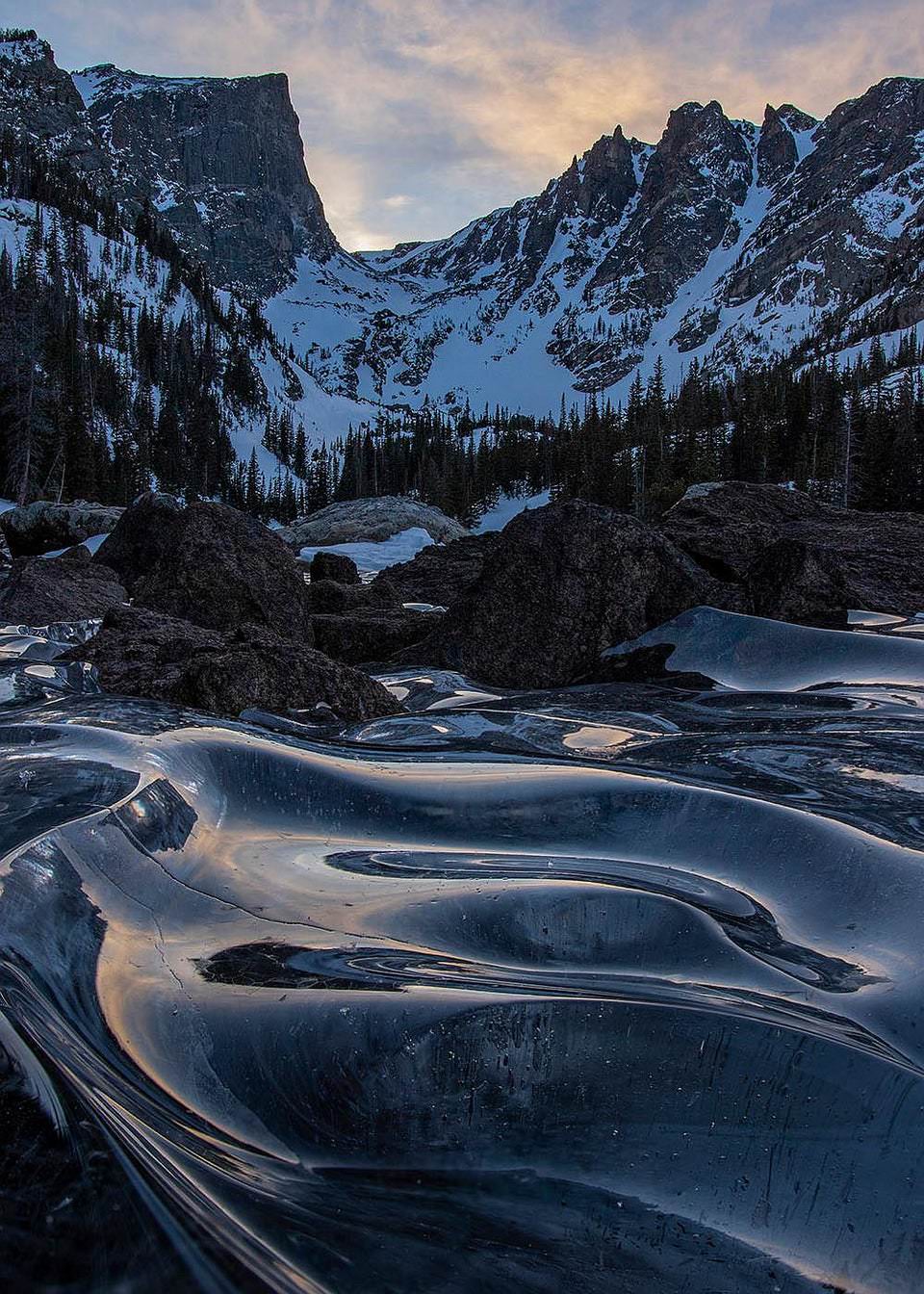 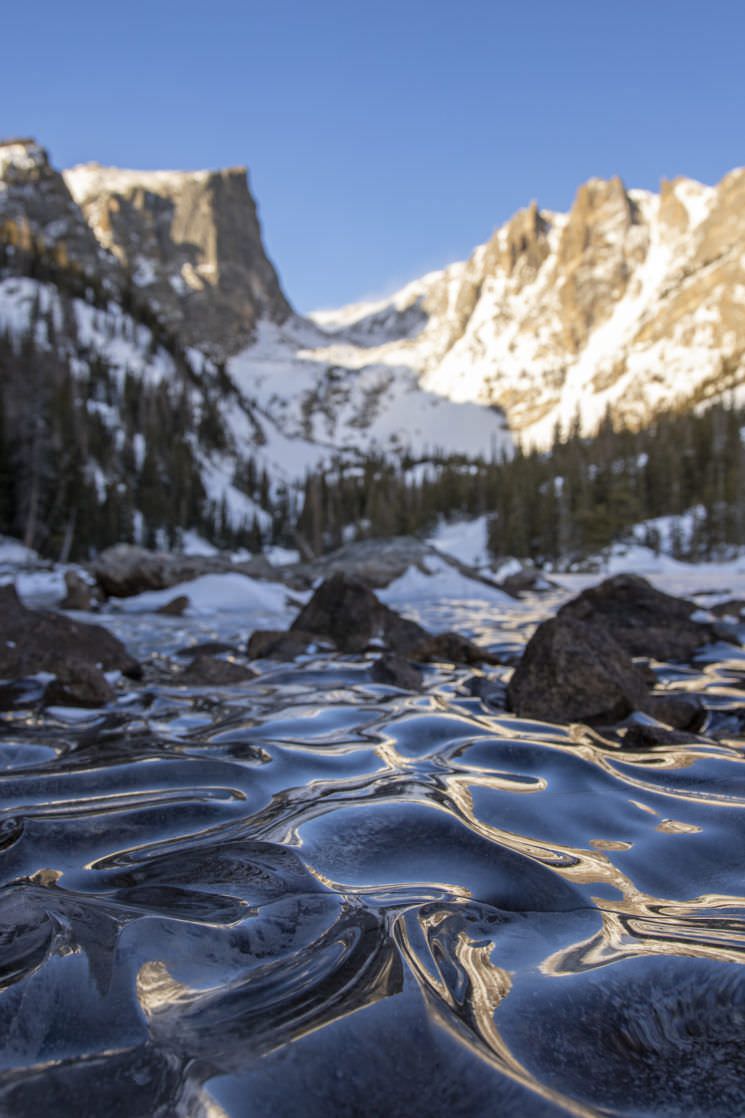