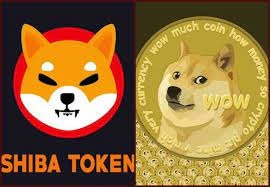 Surely All Of You From Dodge Coin, You Know This Noisy And Fringe Digital Currency And Its Adventures. It Is Unlikely That Anyone In The World Of Digital Currencies Would Have Heard Of Dodge Coin Or Heard Of Stories Between Elon Musk And Dodge Coin.

But to get an overview of the Dodge Coin story, we have to say that the Dodge Coin is a digital currency with the symbol of a dog of the Shiba Inu breed (a Japanese breed) that was created years ago just for fun and even after a while, its developers They abandoned it.

Some time ago, Elon Musk, the American billionaire and CEO of Tesla, started supporting this memcoin. At first, it was thought that these supports were no more than jokes; gradually, it became clear that the story was different.

It was as if Elon Musk really wanted to turn Dodge Coin from a joke into a serious currency that could challenge tough competitors in the market. Dodge Coin price Following the support of Elon Musk with a significant increase face to face At the time of writing, this digital currency is ranked sixth among digital currencies in terms of market volume.

Elon Musk’s involvement in the digital currency market, the rise in the Dodge Coin price, and the promotion of its ranking among digital currencies have provoked much criticism and reactions. Many believed that the decentralized nature of the digital currency world was being called into question. Still, many others tried to calm the atmosphere and said that such things are possible because of the freedom of this world and should not be taken lightly.

We were getting used to the presence of Dodge Coin in the list of serious and important digital currencies that another project called Shiba Inu (Shiba Inu) Entered the world with the acronym SHIB and again evoked the same events, the same worries, and the same fluctuations.

This time, many digital currency community members joined hands from the beginning, trying to prevent what happened to Dodge Coin from happening to Shiba Inc.

They believed that this process should be stopped and that not every coin or token that uses the symbol of a dog should progress without any logical reason.

Whatever the comments, Shiba Ino is now on the list of the market’s top digital currencies, and just a few weeks after the token was traded at Binance Exchange, its market value has reached an astonishing record of $ 9 billion. Shiba Ino (at the time of writing) is ranked 28th among digital currencies in terms of market volume and has claimed the second most valuable meme coin (comic coin) in the market after Dodge Coin. The token is now listed and traded at the American Exchange in Kevin Base.

Of course, Shiba Inu was not the only digital currency that entered the digital currency market after the success of Dodge Coin, with the symbol, shape, and image of a dog. Other projects such as Dodge Cash (Doge Cash), Akita Ino (Akita Inu), And Dujalan March (Dogelon Mars) Were also present. Still, in the meantime, Shiba Inu became more famous and successful than the others.

One of the interesting things about Shiba Ino is that the project sees itself as a competitor to Dodge Coin.

In fact, Shiba Ino fans have dubbed it the “Dogecoin Killer,” and its developers have welcomed it; But Dodge Coin and Shiba Inu have fundamental differences, and perhaps their only similarity is their use of the Shiba Ino dog symbol.

The main differences between Dodge Coin and Shiba Inu 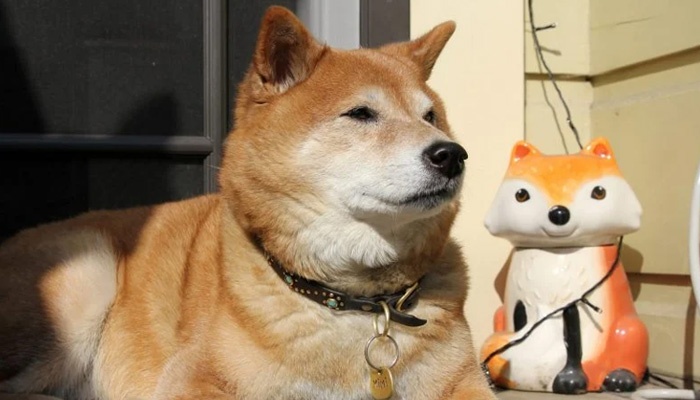 Dodge Coin and Shiba Ino have many big and small differences; But if we want to put the most important differences together, we come to the following three:

If we look more closely at each of these differences, we find that Dodge Coin and Shiba Ino are different in many ways and basically cannot be considered rivals. So in this part of the article, let’s look at each of these three in more detail.

As I mentioned in the previous section, Dodge Coin and Shiba Ino’s “Tokenomic” or token economy is different. Dodge Coin has no supply restrictions. Every minute, 10,000 Dodge Coins are produced and supplied.

This means that 15 million new Dodge Coins are shipped every day and 5 billion each year. According to many digital currency experts, this will cause inflation for Dodge Coin and reduce its value exponentially. Not having a supply limit for a digital currency is not an interesting feature, But it all depends on the purpose of the project and the vision for the future.

On the other hand, we have Shiba Ino, which has a supply limit of 1 quadrillion; Which means that there will be 1 quadrillion tokens of Shiba, and no more than this amount will be produced.

Although this supply ceiling is very high, to some extent, it prevents inflation and devaluation of this token.

All 1 quadrillion tokens of Shiba were produced from the beginning, and half of them to Vitalik Butrin, the Famous founder of ethereum devoted. Vitalik donated the largest portion of these tokens to a charity to prevent the spread of the Coronavirus in India, making it the largest donation to the charity using digital currencies. He then burned the remaining amount (about 40% of the donated tokens) by sending them to an obsolete address. Thus, it can be said that the supply ceiling of 1 quadrillion Shiba has been practically halved.

Dodge Coin is a split or the same Fork. It is a project called Luckycoin, which itself is from LitecoinIt had branched out. In other words, Dodge Coin has an independent Chinese blockchain. Hence it can be called “Coin,”; But Shiba Inu has been performed on the ethereum blockchain and is actually a “token,” not a coin. 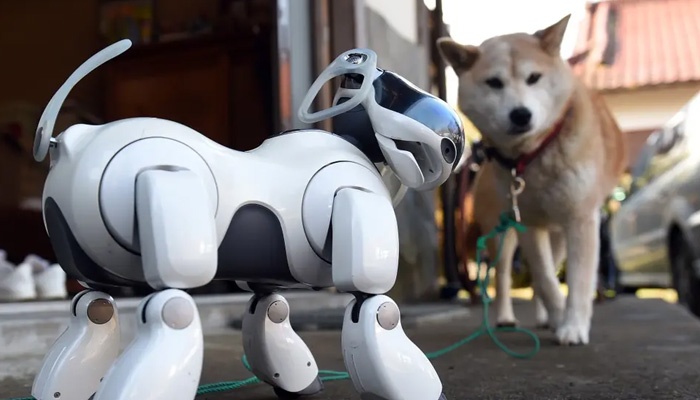 For example, the connection of this case with the subject we are discussing is that Shiba Inu is influenced by the decisions made about the ethereum; While Dodge Coin is independent and its future is in the hands of members of its community.

In addition, increased demand for Shiba (or any other ethereum token) leads to increased ethereum network traffic and increased fees.

Of course, Ryoshi, an anonymous developer of Shiba Inu, says that he built his token on the ethereum out of personal desire. He said he wanted his project to be “free from change [and the development that members of the ethereum community are considering] while disregarding foreign legislation.”

In addition, he believes that the Chinese ethereum Block is “safe and tested” for implementation.

Differences in applications and initial purposes

The Dodge Coin is a low-cost, high-supply digital currency, user-friendly and convenient, with no particular complexity. These features make this digital currency suitable for small payments such as rewards and things like that.

Dodge Coin’s original goal was to become a means of payment, or in other words, a digital version of the same penny or one-dollar bill that you always have in your pocket.

Therefore, Dodge Coin has no supply restrictions and is produced in unlimited quantities is somewhat justifiable for this currency.

But in the case of Shiba, the issue is different.

Shiba’s ultimate goal is to become one Decentralized exchange is called ShibaSwap, which, after updating ethereum 0.2, allows users to convert their ethereum tokens directly, decentrally, quickly, and cheaply. In addition to the Shiba token, Shibaswap also has two other tokens called LEASH and BONE.

These two tokens are also used in the decentralized Shibaswap exchange, and those who provide liquidity to this exchange will receive rewards in the form of these two tokens. Of course, the token has not yet been released in practice; But the developers claim that this token will be released soon, and the power of decentralized finance (Defi) Will rise a level. 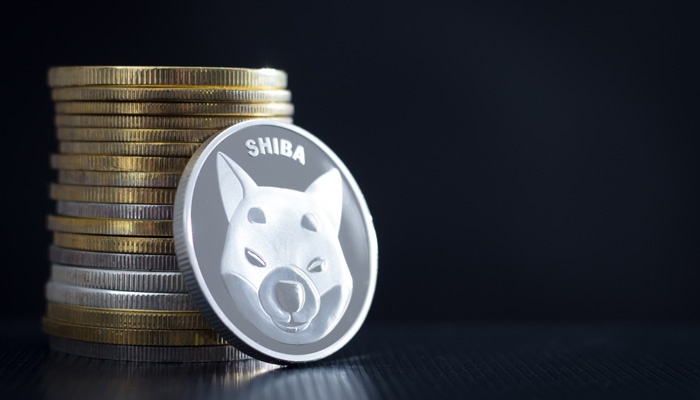 So Dodge Coin and Shiba Ino’s original goals are different. Since Shiba Inu was released after the stories of Elon Musk and Dodge Coin, and since they both used the same symbol for their project, at first, it seems that the two projects are similar or rivals. Are, But the truth is that the only similarity between the two currencies is that they are meme coins and the image of Shiba Inu’s dog.

With this in mind, perhaps referring to them as “rivals” is just a clever way to deceive public opinion and draw more attention to both.

This article reviews two famous and controversial meme coins these days and points out their three main differences. By reading this article, you must have realized that Dodge Coin and Shiba Ino have basically no similarities, and there is no connection between them. They are two separate projects, each with its own drawbacks, and should be considered independently.

The truth is that the criticism leveled at Dodge Coin and Sheba Inoue is not in vain. Dodge Coin, which was practically just an internet joke and became serious for no particular reason and only because of the support of a few celebrities, although Dodge Coin seems to be undergoing a process of extensive development and promotion.

Shiba Ino, despite her claims about her goals and future, has not introduced any innovation and will be a new version of the same decentralized exchanges that already existed. Even the developer of Shiba Ino in the project’s white paper (which he calls WHOF Paper!) Described it as ” an experience of working in a decentralized community.”

In other words, from the beginning, Shiba Inu has been the only test for its developer to understand how to enter a decentralized world and how to continue working in this space.

However, we have to admit that both of these digital currencies have been very successful so far. Both have been able to establish themselves among the top currencies in the market. It can be said that the digital currency market is the freest in the financial world, and everything must be left to the principle of supply and demand.