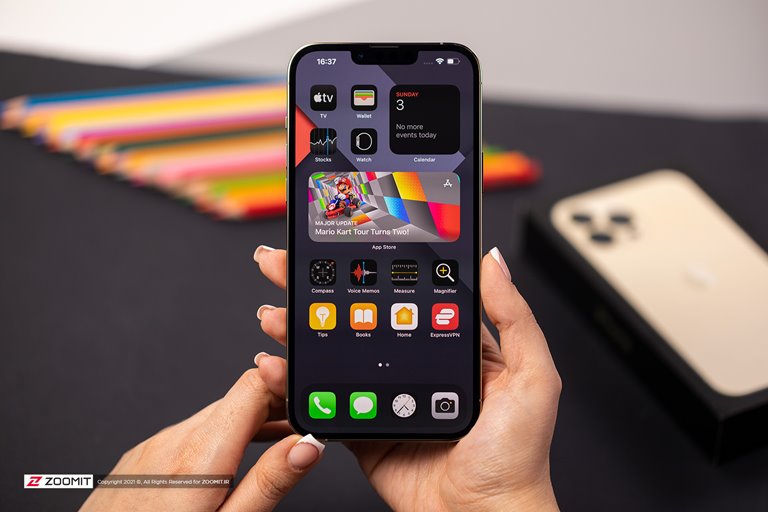 The Beta Version Of iOS 16 Includes A New Feature Called Developer Mode, Which Seems To Be The First Step In Activating The Ability To Download Apps To The iPhone.

Last night, Apple announced that the iPhone 8 and newer models of the iPhone family would receive iOS 16 this fall. iOS 16, which brings a nice change to the look, makes it possible to customize the lock screen on the iPhone and provide a better user experience. According to Apple, the iOS 16 operating system is equipped with new background images and changes in iMessage and CarPlay.

Apple has released a preview version of the iOS 16 developer so that developers can start optimizing their applications for this operating system from now on. The general beta of the new iPhone operating system will be available to users next month.

Apple has been criticized more than ever for its monopoly policies in recent years.

On iOS, unlike Android, side-by-side downloading of applications is not possible. Android users can download apps from other sources besides the Play Store, But iPhone users generally have only one way to download apps: Go to the App Store.

Apple says its strict policies on the App Store will increase iPhone security and protect users’ privacy. Apple scrutinizes each app before releasing it. The company says it has already detected millions of malware and prevented it from being released in the App Store.

Fortnite is not even available in the App Store right now; Of course, thanks to Microsoft and Nvidia cloud services, iPhone users can experience Fortnite. However, Apple does charge developers for providing these services. App Store fees have dropped in recent years, But developers are still protesting. Last year, Epic Games arbitrarily added a direct payment system to Fortnite, and Apple removed the game from the App Store in response.

Regulators in Europe and the United States are trying to force Apple to allow iOS apps to be downloaded by enacting new laws. So far, Apple has resisted with all its might; But if the rules are passed, it will have to adapt to the conditions. The US Senate recently approved the controversial Open App Markets bill.

The European Union has a similar bill that is in the legal process.

So far, Cupertino has not confirmed the possibility of siding the app on the iPhone; But with iOS 16, that is likely to change. Developers who have installed the beta version of iOS have noticed a new mode called Developer Mode.

Apple says on its official website that Developer Mode, introduced in iOS 16 and watchOS 9, protects users from unwanted malware installation. Apple explicitly states that this does not affect standard installation techniques, such as buying apps from the App Store. 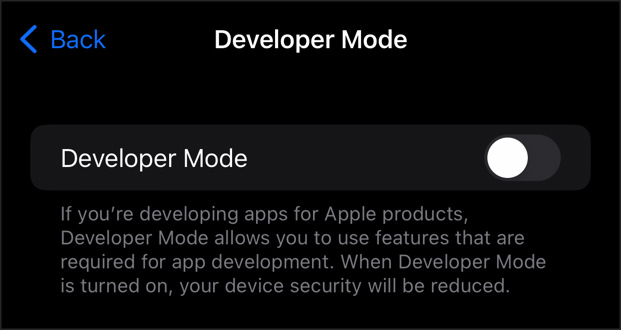 Apple’s stance on restricting apps to the App Store has always emphasized iPhone security. In the beta version of iOS 16, Apple says that when Developer Mode is enabled, the security of your device will decrease. The developer can install the desired applications directly on the device, thanks to this feature.

One of the main focuses of Developer Mode is to make it harder to install malware on the iPhone, writes one developer on Twitter, But it may have other capabilities as well. He says that if Apple makes it possible to side-by-side download applications on a large scale, it will probably do so through a feature similar to Developer Mode. He adds that in iOS 16, the developer’s downloaded apps expire once a week.

iOS 16 includes the mysterious Developer Mode feature in the privacy settings. The device reboots and warns you that Developer Mode reduces security when you enable Developer Mode. It may be the sideload feature we hear about it.

Another user writes about the connection between Developer Mode and Sideload:

Even if Apple wanted to add Sydload to iOS, it would not do so in the developer beta; Because all users were going to install the developer beta. iOS 16 is equipped with APIs compatible with the application download side.

Other people have made similar claims on Twitter. Validation of this story takes time. In the coming weeks and months, we will probably hear important news about Developer Mode and the side-by-side feature of iOS 16.