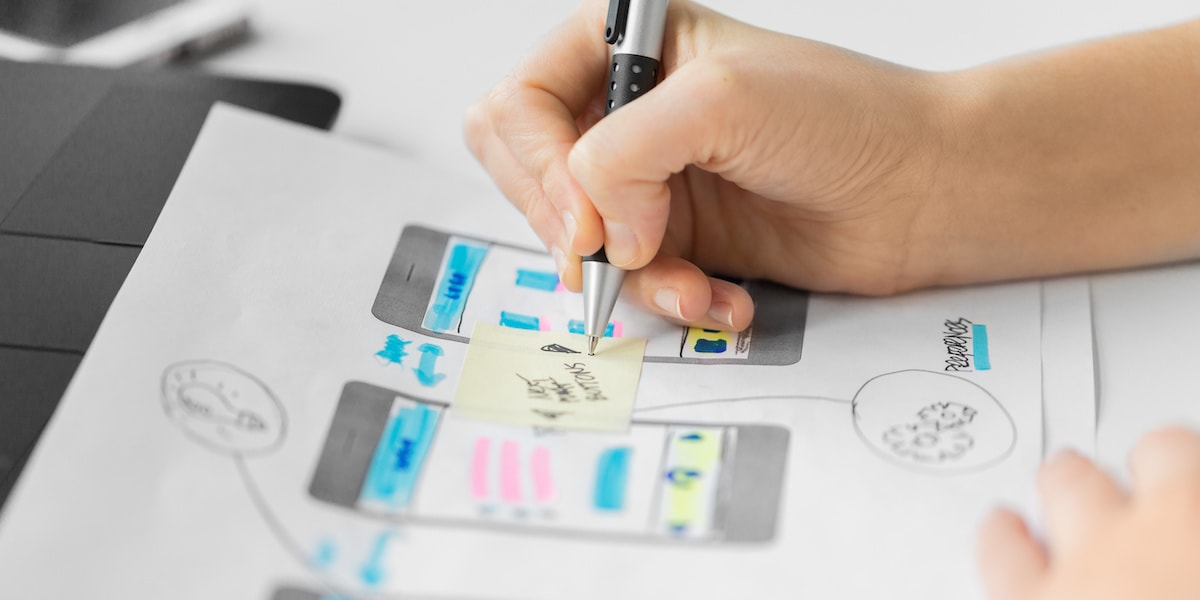 Who is the user interface designer? What criteria should this person consider for design? What does UI design include? Join us to answer these questions together. The importance of UI design becomes clear when we know that more than 2 billion sites have been designed and uploaded. About 3.48 million apps are on Google Play, and 2.2 million are on Apple Store.

Now the question arises, what is the difference between big and successful websites and applications and websites that have only added one number to the statistics? Many reasons can be mentioned for the success or failure of a project, but the common point of all successful projects is attention to UI and UX. UI design is a necessity for our world today. Today’s world is full of competition, and the user has many options.

Not paying attention to UI and removing your focus from this issue can cause irreparable losses. In the past years, the user only used the internet to meet his needs. But now, the web world is a second home for many. So it is important to get a good feeling from this house. In the following, we will mention some criteria that differentiate between bad and normal design. Stay with us.

In professional UI design, do not use too many confusing icons. This issue is not limited to icons. Many believe that UX design should be simple and minimal. All unnecessary and non-useful elements that may cause friction should be removed. However, the duplication and duplication of a page may question the uniqueness of your program. But it is better to use familiar elements in your design.

An example that can be mentioned in this regard is traffic signs. Although the streets in different cities and countries have major differences, drivers can easily move on any road according to familiar driving signs. A driver may not even have the necessary literacy to read signs, but he can understand the concept of familiar traffic signs and act accordingly.

So, as a user interface designer, try not to stray too far from this field’s common and famous styles while maintaining creativity and mischievousness in UI design. It allows you to achieve a comprehensive design. Inclusive design means that people with any level of understanding and literacy can work with your application or website. Adding the possibility of voice search is one of the ways that can increase the range of users and customers in a program.

The user interface designer should inform the user about the ongoing transactions.

The user should always be aware of his transactions and activities. For example, Windows users can see the progress and even the percentage of successfully transferred files when transferring files. In addition, it is necessary to provide correct feedback to the user regarding the transaction he has made. Notifications such as the product have been added to your shopping cart. Your request has been sent. Your information has been registered successfully, and so on.

Of course, these items should be personalized depending on the type of website activity, the age and gender of the audience, etc. Notifications are among the things that are easy to change. Note that with each group, you have to speak their language. Metaphors, words, and phrases must be chosen correctly.

As a user interface designer, we recommend never using ready-made templates and designs. Pre-prepared templates will not suit the needs of your users, and the result you will get from implementing an exclusive design is certainly much better. Of course, templates can give you great ideas for UI and UX design.

For a user interface designer, the idea behind the production of any product is very important. For example, some sites are implemented to make daily human tasks easier. In general, it can be said that products are designed and produced to make our world better. Maybe paying attention to the science of psychology in this field is not without grace. In this case, you will correctly understand the demands of the end-user and not the customer and take steps accordingly.

The user interface designer must be able to use negative space correctly. Note that negative space is not always bad. Sometimes this space can help the user understand the page’s general elements. Of course, you should not indulge in creating a negative atmosphere. The presence of negative space makes the focus on the main elements more, and the key points stand out more. Sometimes instead of using the word negative space, they use white space.

What points should the user interface designer pay attention to in UI design?

The user interface designer should know the differences between UI and UX. Taking these two together is a mistake that many designers will make. The user interface can be considered the space where the interaction between the user and the product occurs. The user experience results from the user’s feelings after interacting with the product.

Although research on the user and his knowledge is mostly done in the field of UX, paying attention to this field in UI is also not without grace. A UI designer must know about the audience, interests, and tastes. This issue causes the final design to focus on the user’s wishes and needs and achieve value creation.

Note that knowing the user is different from putting yourself in his place. Your wishes and tastes are not necessarily the same as the users. The desire that others agree with you is called false consensus in psychology. So, stay away from this issue as much as possible in UI design.

User capability testing can help the user interface designer to avoid these personal biases. Of course, these users must be real. So don’t ask friends, family, and acquaintances for help. As you know, the user interface is the first thing users encounter.

This first interaction can encourage users to continue or stop using the product. In a way, it can be said that the fruition of all the team members’ efforts depends on the UI design’s success. User exit due to not communicating with the UI design will lead to competitors winning.