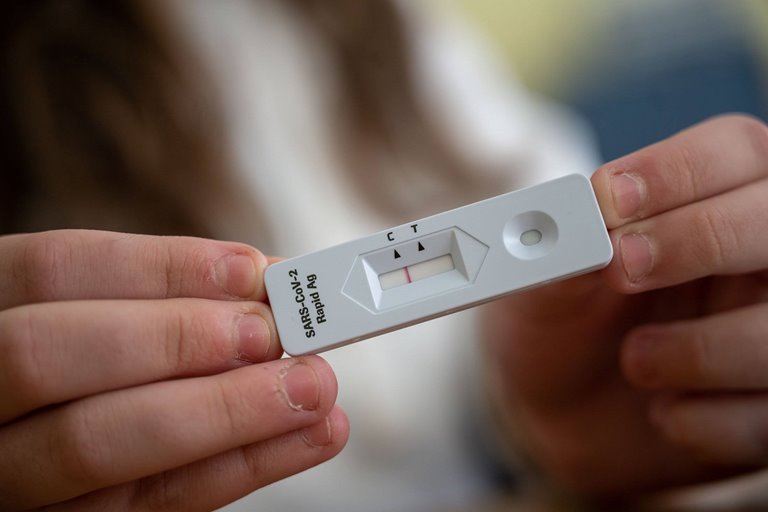 Some People Never Get Infections Like HIV Due To Genetic Resistance. Is It The Same With The Corona Virus?

Last Christmas, as the Omicron species spread across the United States, Mary Carrington unknowingly found herself in a hyper-spreading event; A party in an indoor space where more than 20 people were present, and finally, at least one person transmitted the virus to most of the guests.

After avoiding contracting the virus for two years, Carrington was sure his time had come: He had hugged and kissed his niece, who had tested positive soon after, But Carrington did not get Corona.

“I thought I might be resistant to it,” he says. Carrington didn’t think about the immunity he had gained from getting a few doses of the Covid vaccine. Instead, he thought that perhaps through the inherent genetic characteristics of his cells, they had found a way to repel pathogen attacks naturally.

Carrington was familiar with the issue of genetic resistance to infections. He was an immunogenetics specialist at the National Cancer Institute and one of the scientists who helped discover a mutation in the 1990s that makes it impossible for most strains of HIV to enter human cells and makes some people resistant to the effects of this pathogen.

Maybe something similar could protect some people against SARS-CoV-2, he thought.

The idea of ​​resistance to the coronavirus is attractive enough that scientists worldwide are examining the genomes of people, looking for signs of resistance to the coronavirus. If they find such cases, they can use that knowledge to understand who is most affected by the virus or use the resulting ability to develop better drugs to treat Covid.

Innate resistance to SARS-CoV-2 infection is probably sporadic, says Helen Sue, an immunologist at the National Institute of Allergy and Infectious Diseases. Like many people who didn’t acquire the virus until recently, Carrington had done so for two and a half years through vaccinations, cautious behavior, socioeconomic privilege, and luck. For example, Carrington’s initial hunch turned out to be wrong: he had recently returned from a trip to Switzerland and discovered that he had contracted the virus.

The innate resistance to the coronavirus may not exist, or it may come at a considerable cost that isn’t worth it. Of the 1,400 viruses, bacteria, parasites, and fungi known to cause human disease, Rockefeller University geneticist and immunologist Jean-Laurent Casanova are sure of three pathogens that some people’s bodies are genetically resistant to HIV, norovirus, and Malaria parasite.

Perhaps the most famous is the HIV inhibitory mutation. About three decades ago, researchers, including Carrington, began studying people who were almost sure they had been exposed to the virus several times but were not infected. Their resistance was simple: they lacked functional copies of a gene called CCR5, which makes one of the cell surface proteins. HIV needs this protein to make its way into T cells. Only 1 percent of people of European descent have this mutation in two copies, called CCR5-Δ32.

In other populations, this trait is rarer.

However, researchers have used the mutation’s discovery to make a strong class of antiretroviral drugs. With the help of Δ32-based bone marrow transplantation, they have cleared the virus from several people’s bodies.

The story of two other pathogens is similar. Genetic errors in a gene called FUT2 (this gene usually attaches sugars to the outer surface of intestinal cells) can make people resistant to norovirus.

Plasmodium vivax is one of several parasites that cause malaria. In the case of malaria resistance, a protein called Duffy is removed from the wall of red blood cells during a genomic change and prevents Plasmodium vivax from entering the cell. The Duffy mutation, which affects a gene called DARC/ACKR1, is so common in sub-Saharan Africa that P. vivax infection rates have declined.

In recent years, with the advancement of genetic technologies, researchers have begun to investigate several resistance mutations against infection caused by other pathogens, such as hepatitis B virus and rotavirus; However, due to the number of people who must participate in this type of study and the difficulty of defining and diagnosing infection, it is difficult to determine these relationships definitively.

The same is probably true for SARS-CoV-2.

For months, Casanova and his colleagues have been in contact with thousands of people worldwide who believe they are genetically resistant to the coronavirus. The best candidates had been heavily exposed to the virus (e.g., through a symptomatic person in their home) and had consistently tested negative for the pathogen and the immune response against it.

The problem is that the coronavirus can infect people silently and doesn’t always leave antibodies (researchers look at T-cell responses, which are less volatile). People who do not have obvious symptoms may not get tested at all or may not get tested correctly. In addition, the immune system can protect people against infection long after vaccination or illness.

Studying SARS-CoV-2 is not straightforward in this sense. Ravindra Gupta, a virologist at the University of Cambridge, says that in the case of HIV, which causes chronic infections, the lack of a vaccine and the spread through obvious routes to identify people who have come into contact with the virus. Still, they have not suffered from it, and it is easier.

The story of the coronavirus may not be entirely the same as that of HIV, malaria, or norovirus.

Actual resistance may manifest itself in many ways and is usually the result of mutations that inhibit the pathogen’s ability to enter or replicate once it has entered the cell. The said mutations take those positions from microbes. For example, CCR5, Duffy, and sugars attached to the cell wall by FUT2 all act as landing pads for microbes.

If such a mutation exists to fight SARS-CoV-2, it must be located in a locus such as ACE2 or TMPRSS2. ACE2 is the receptor that the coronavirus needs to enter cells, and TMPRSS2 is a scissor-like protein that speeds up the invasion process, at least for some species. Researchers have found that specific genetic changes can reduce the presence of ACE2 on cells or produce ineffective versions of TMPRSS2. This evidence suggests that there may be genetic changes that eliminate these molecules.

Sue is from the National Institute of Allergy and Infectious Diseases and one of the scientists working with Casanova to find genes for resistance to SARS-CoV-2. He says ACE2 is crucial for regulating blood pressure and maintaining lung tissue health. Thus, a mutation that keeps the coronavirus out of cells may not be compatible with other aspects of a person’s physiology.

It could make such a genetic change extremely rare, disabling, or even, as Gupta calls it, incompatible with life.

Paula Cannon, a geneticist, and virologist at the University of Southern California, said that people with the CCR5-Δ32 mutation that inhibits HIV are entirely regular, which means that HIV somehow made a mistake with CCR5 selection. In contrast, the coronavirus has discovered how to exploit something vital to the host, which is considered an innovative offensive move.

Of course, the superpowers of genetic resistance can have other weaknesses. Some strains of HIV have found a way to bypass CCR5 and bind to another molecule called CXCR4. Even people with the Δ32 mutation are not immune to this version of the virus. A similar situation has emerged with Plasmodium vivax, says Diane Wirth, a malaria researcher at the Harvard School of Public Health. In some Daffy-Negative individuals, the parasite has found a new way to enter. Cannon says:

Evolution is a powerful strategy, and given the high rate of creation of new SARS-CoV-2 strains, I do not expect invincible resistance. For example, strain BA.1 acquired mutations that made it less dependent on TMPRSS2 than delta.

However, protection need not be complete.

Partial genetic resistance can also change the course of a person’s disease. In the case of HIV, researchers have identified changes in the HLA genes that can reduce a person’s risk of infection progressing to AIDS through their effects on killer T cells.

According to Wirth, a whole set of mutations that affect the function of red blood cells can largely repel the malaria-causing parasites. However, many of these changes come at a huge human cost, predisposing carriers to severe coagulation disorders that sometimes lead to death. It can be fatal.

In the case of Covid -19, researchers have started to investigate some trends. At Rockefeller, Casanova is one of the scientists who led the effort to uncover the importance of an immune molecule called interferon in early infection control.

Maples that quickly produce a large amount of this protein within a few hours after infection usually perform better against the virus. Still, people whose interferon response is weak or delayed are more prone to severe disease. People whose bodies produce abnormal antibodies that attack interferons also have the same condition.

Other factors increase or decrease the risk of severe disease: the ability of cells to detect the virus early, the degree of coordination between the different branches of the immune defense, and the timely cessation of the immune defense so that the host’s tissues are not at risk.

Casanova and his colleagues are also looking for mutations that might alter the risk of long-term covid and other consequences of the coronavirus.

None of these quests will be easy; But according to Casanova, it should be at least simpler than looking for resistance to infection; Because it is much easier to identify the outcomes they measure (severe and chronic forms of the disease). If the search for genetic resistance against Corona is unsuccessful, it should not cause despair. People don’t need complete inhibition to win against germs; they need a good defense. Furthermore, the protection we are born with does not contain all our power.

Unlike genetics, immunity can be created quickly, especially with the help of vaccines, and it can be modified and strengthened over time. These same defenses made Carrington’s case of Covid a mild illness.

Protection from the immune system is also much safer than relying on something we may not have inherited. Now that we know that the coronavirus will stay with us forever, it is better to count on protective factors we can create ourselves.