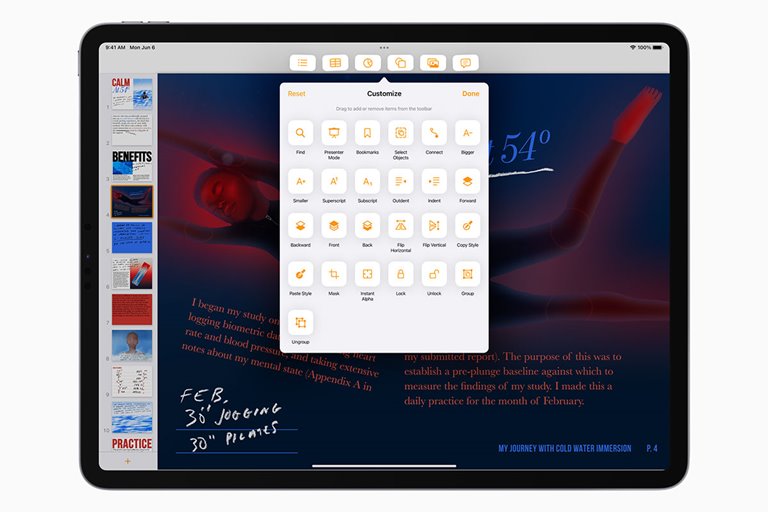 Apple Has Unveiled The Latest Ipad Operating System (Ipados 16) With Significant Improvements To The Multitasking System And Productivity-Related Capabilities.

In addition to iOS 16 for the iPhone, Apple unveiled the iPadOS 16 operating system for the iPad family at WWDC 2022. More advanced multitasking with features like Stage Manager, full support for external monitors, and central Mail and Safari updates are among the most significant changes to the iPad’s 16 compared to the previous version of the iPad operating system.

The iPad is our most versatile device, So we’re excited to upgrade it with the iPadOS 16. With Stage Manager, multitasking on the iPad takes new levels. On the other hand, we should mention the new ways of cooperation of people based on Messages, Safari, and the new Freeform application. Unique professional features such as Reference Mode and Display Zoom also increase the use of the iPad.

New ways to share and connect with people in Messages

Updating the Messages app makes it easier to collaborate with people and manage shared content in the Files, Keynote, Numbers, Pages, Notes, Reminders, Safari, and other applications. When users send an invitation to collaborate on the Messages platform, all the invited people are automatically added to the desired document or project. Others in the Messages group will see the updates whenever someone changes a shared file. Any user working on the project can easily access the relevant chat or make video calls to group members. 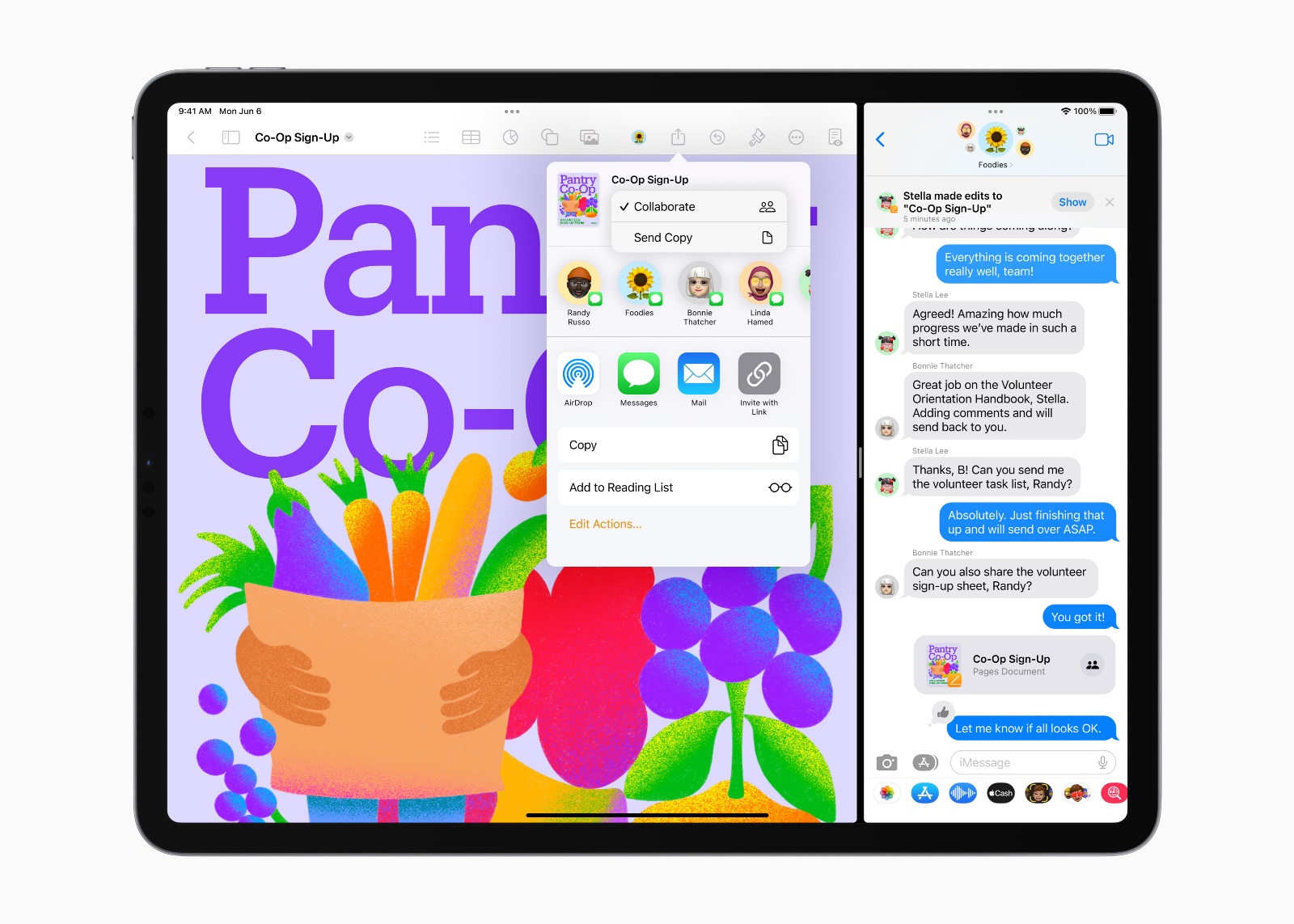 The new version of iPadOS also improves everyday conversations; Users can now edit or delete recent messages and recover deleted messages. On the other hand, users will also be able to unread messages. With iPad 16, it will be possible to use the SharePlay feature to experience one activity simultaneously, such as watching a movie, exercising, or playing games on the Messages app.

The new Freeform app allows users to share their ideas and opinions with their colleagues on a shared page without worrying about page dimensions or layout. Freeform also fully supports the Apple Pencil pen for easier note-taking. Users can instantly add their notes to the collaboration space while viewing other people’s notes and content. With Freeform, it is also possible to start an idea-sharing session when making video calls on the Messages app. The Freeform app will add to the iPad’s 16 this year. 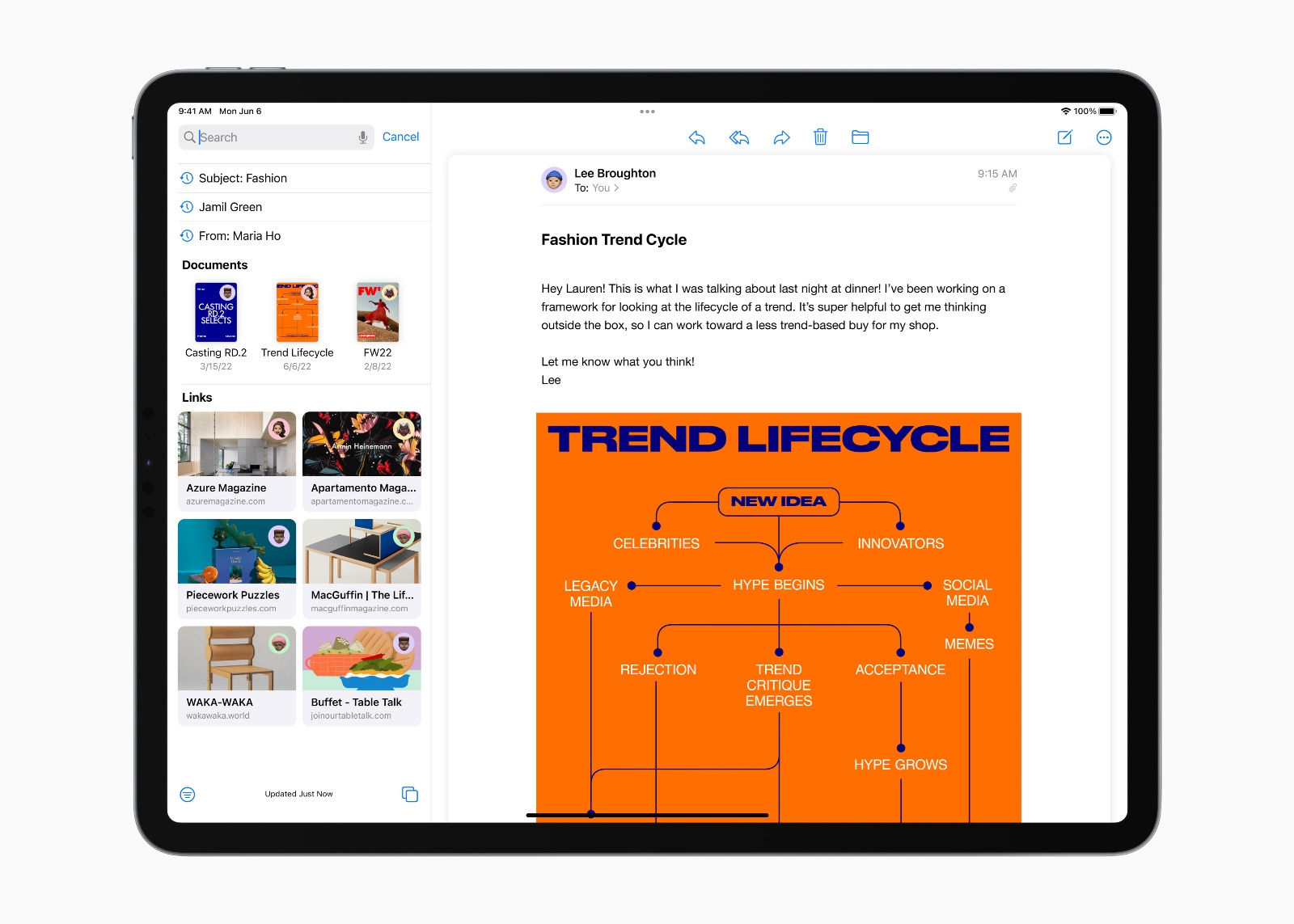 Shared contacts and text are among the new features of Mail. With the latest version of the Mail application, users will be able to unsubscribe before sending a message to the recipient’s inbox; Ability to schedule emails, transfer sent letters to the top of incoming emails, and Remind Later to remind the user to change the text, attachment or contacts of sent emails—finally, more advanced search with the possibility of correcting typos in investigations and providing richer results.

Recover memories with a shared photo folder in iCloud 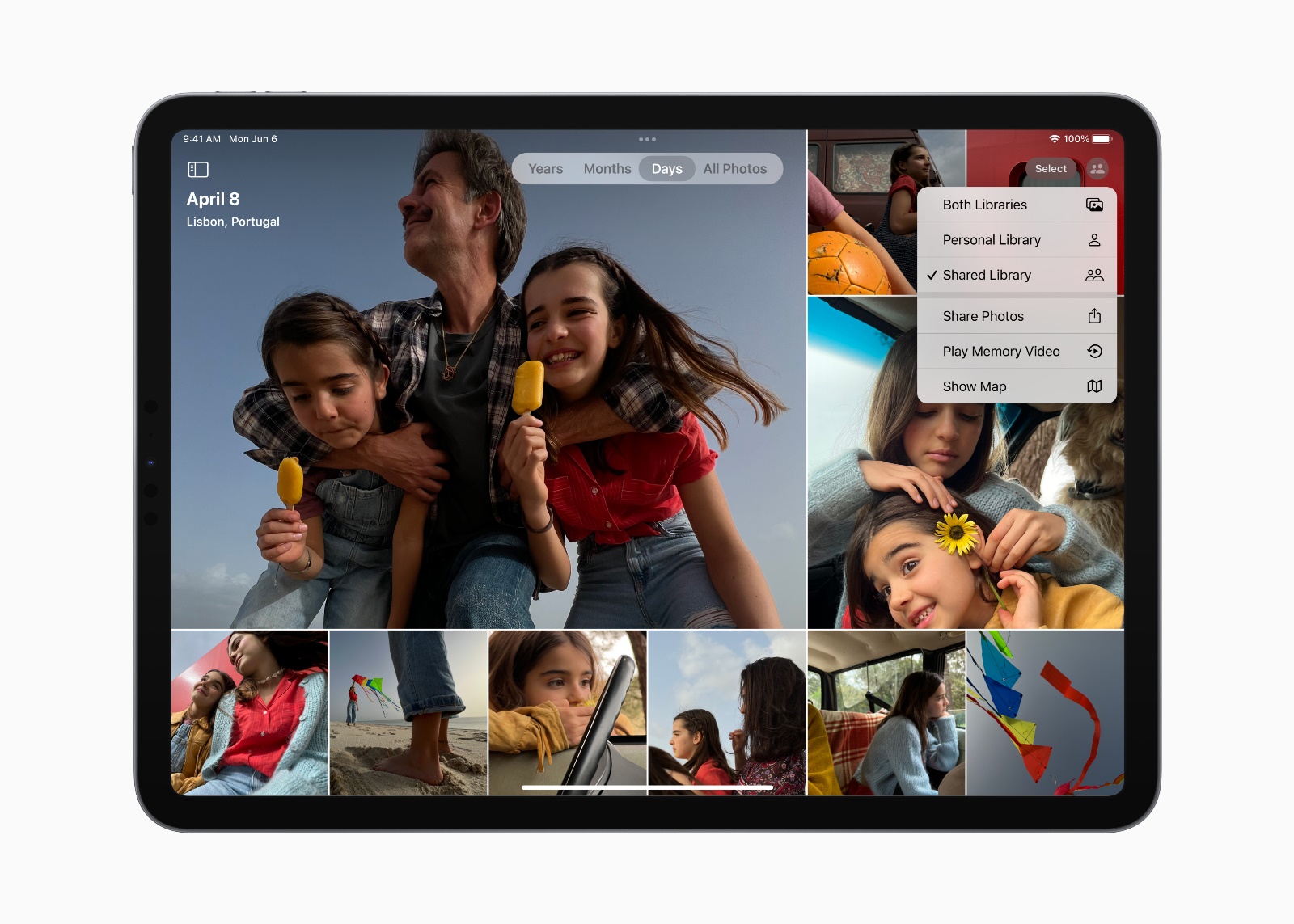 The new Shared Photo Library feature in iCloud allows you to quickly and automatically share photos with six family members. All family members can use these photos in the Memories, Featured Photos, and Photos app widget sections. People can transfer all or some of their past images based on the picture’s date or the people in it in the Shared Photo Library. When one user changes to a folder, such as adding, deleting, or editing a photo, other users will also experience the change.

The Shared Tab Groups feature allows users to collaborate on a set of tabs with their friends and see changes instantly when sharing tabs and bookmarks and starting a conversation from within the Safari browser. Tab Groups have their start page, Pages where the user can customize the background image, bookmarks, and other sections. 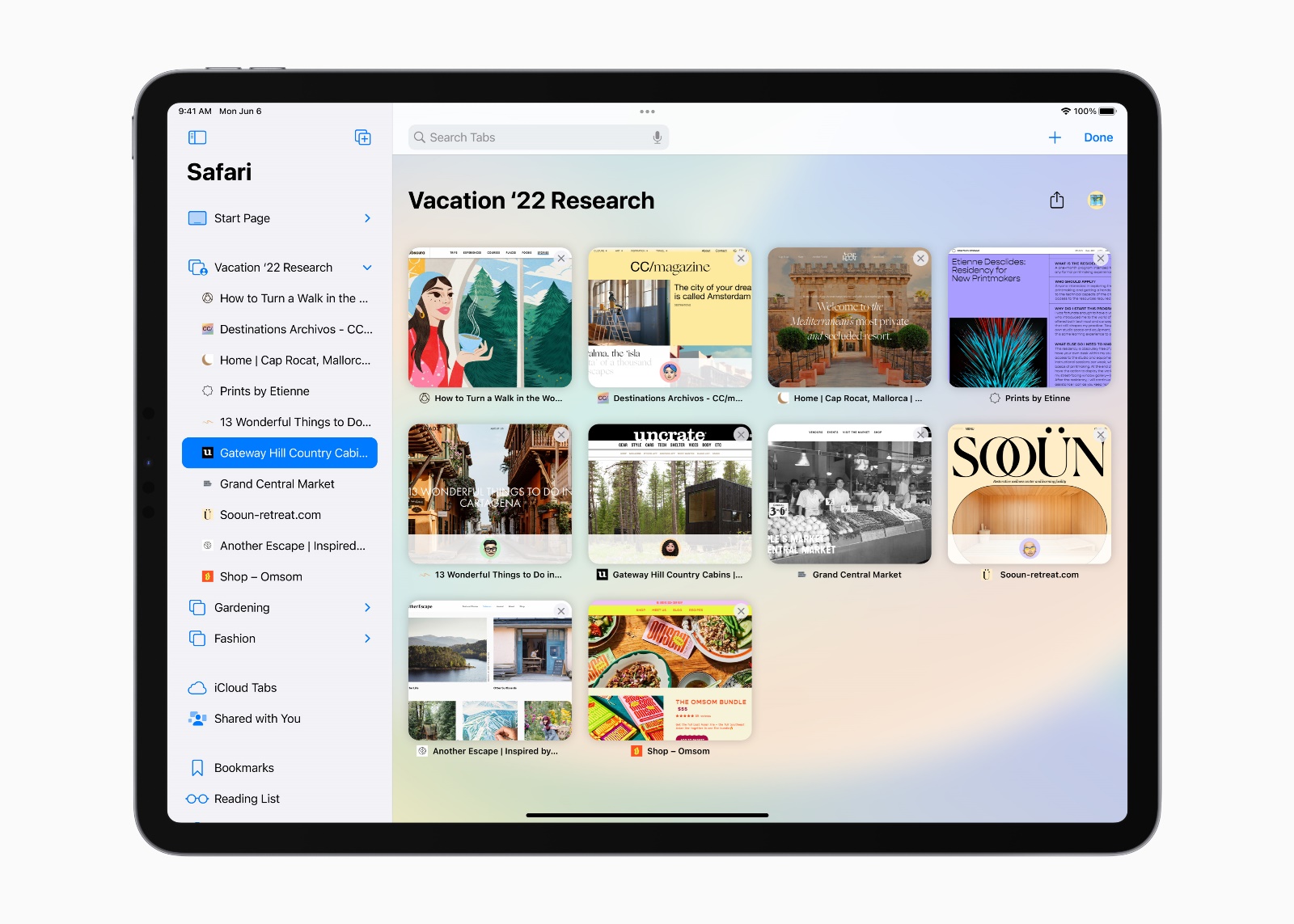 With passkeys, surfing in Safari will be safer than before; passkey is a simple and secure way to access web pages and applications without passwords. Passkeys are stored inside the iPad and are each created by the user and exclusively for accessing a specific website. Holding passkeys within the device by itself blocks hackers from accessing the web. Users can scan QR codes with an iPad and authenticate with Face ID or Touch ID to access websites or apps on their Apple or other companies’ devices.

Apple Weather app added to iPadOS 16 with compatible design with large iPad screen. Easy access to weather information, map exploration for snow and rain, weather and temperature, iPad-specific animations, and notifications about severe weather changes are some of the iPad’s 16 weather app features.

Live Text Capability Using Apple Chip’s neural processing engine, in addition to images, it can now extract text from paused videos across the operating system environment. On the other hand, Visual Look Up in the new iOS and iPadOS allows the user to cut a subject from the image, remove the background and transfer the remote issue to other applications. Visual Look Up now also recognizes birds, insects, and sculptures. 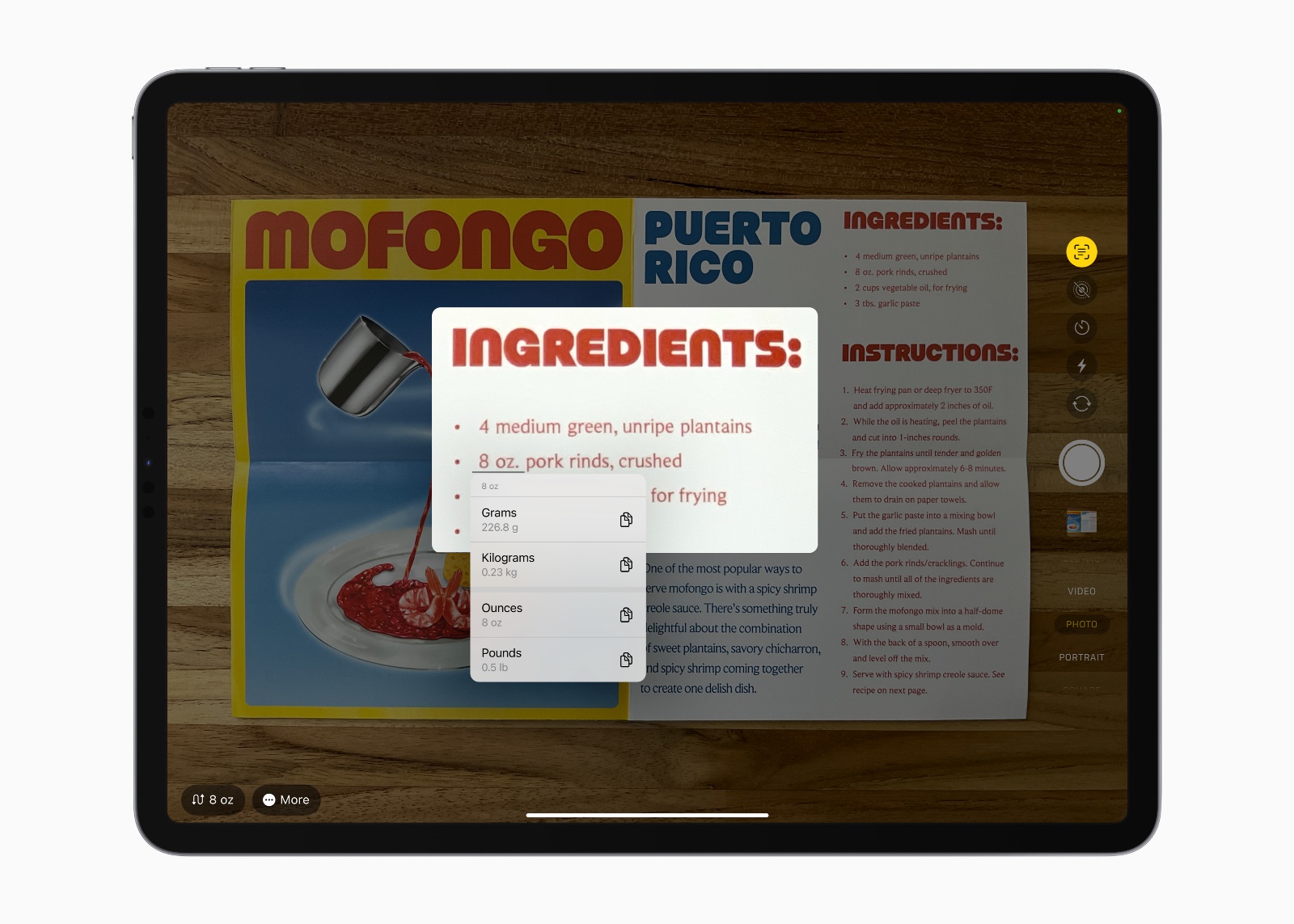 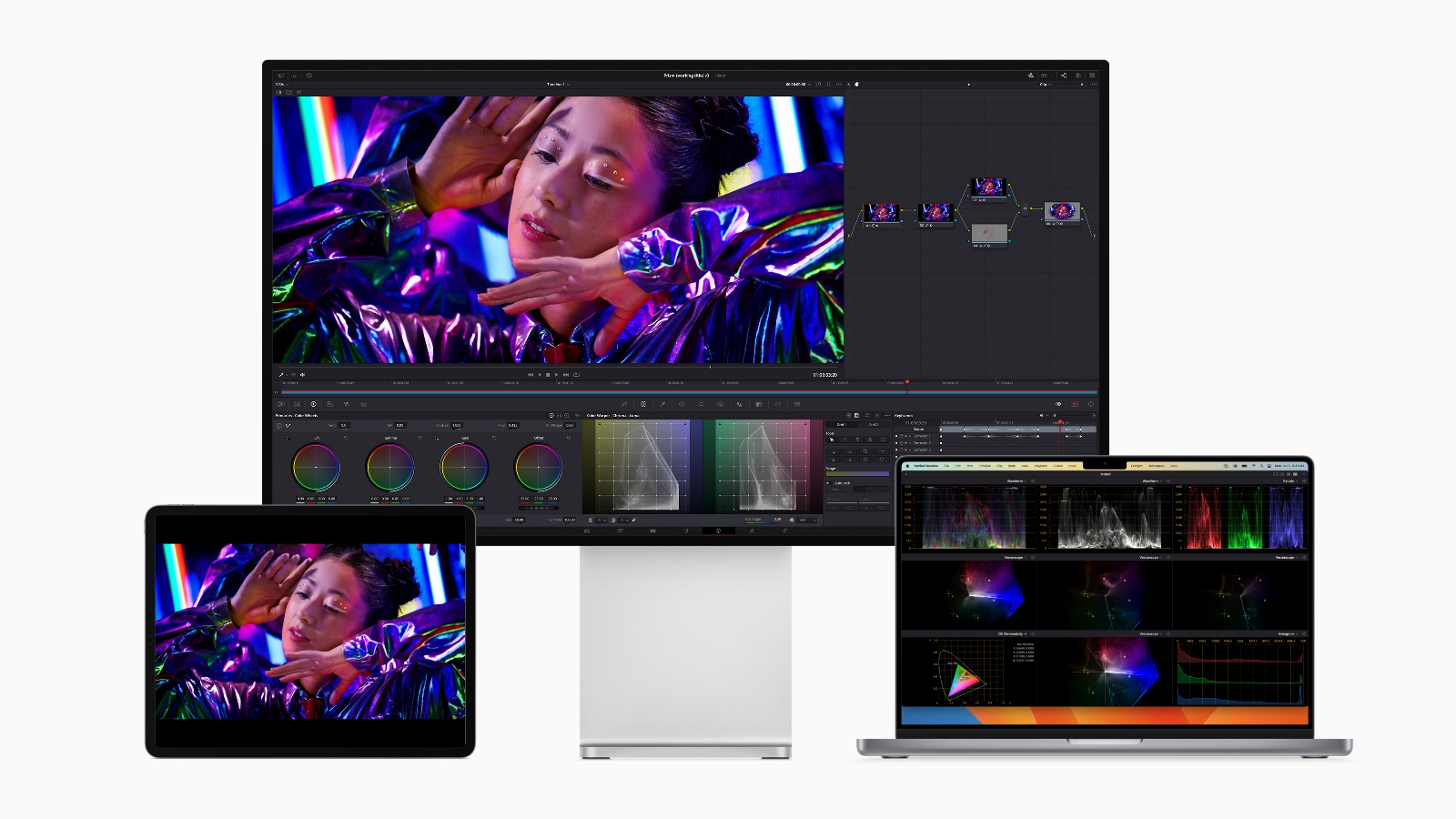 Thanks to the processing power of the M1 chip, the Display Zoom feature allows you to increase the pixel density of the screen so that when using features such as Split View, the user can see more content on the screen at any time.

The virtual Memory Swap feature allows you to use the iPad storage space as virtual RAM up to 16 GB, thus providing a better multitasking experience when using heavy applications.

The Stage Manager feature automatically organizes applications and windows to make them easy to access and move around. The window for the application that the user is using will be in the center of the image; Other applications and open windows will be displayed on the left, respectively, at runtime. For the first time in the iPad world, users will be able to run overlapping windows of different dimensions in one frame; This will allow Drag and Drop between windows. On the other hand, it will be possible to run apps on the dock to run a batch of apps faster. 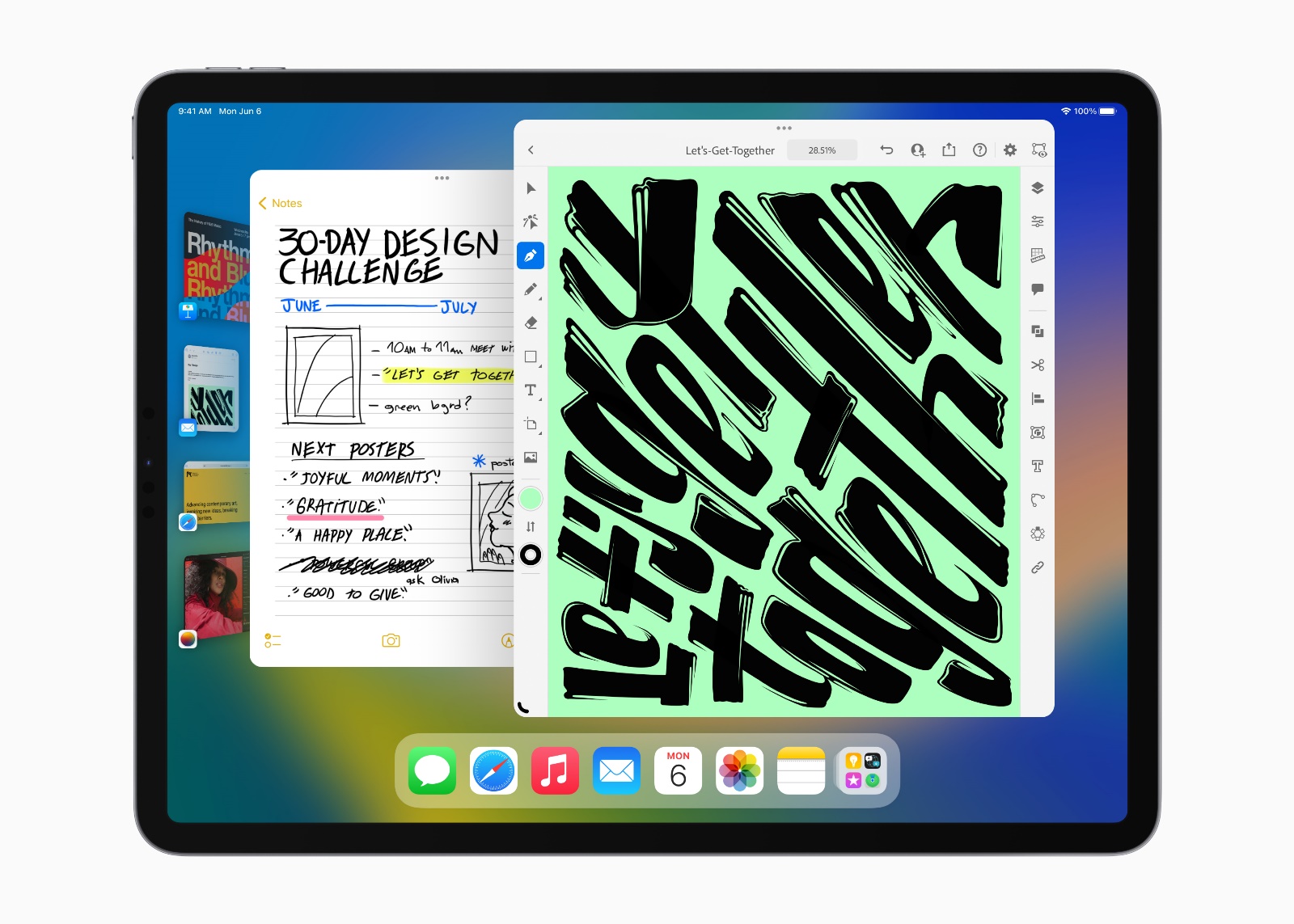 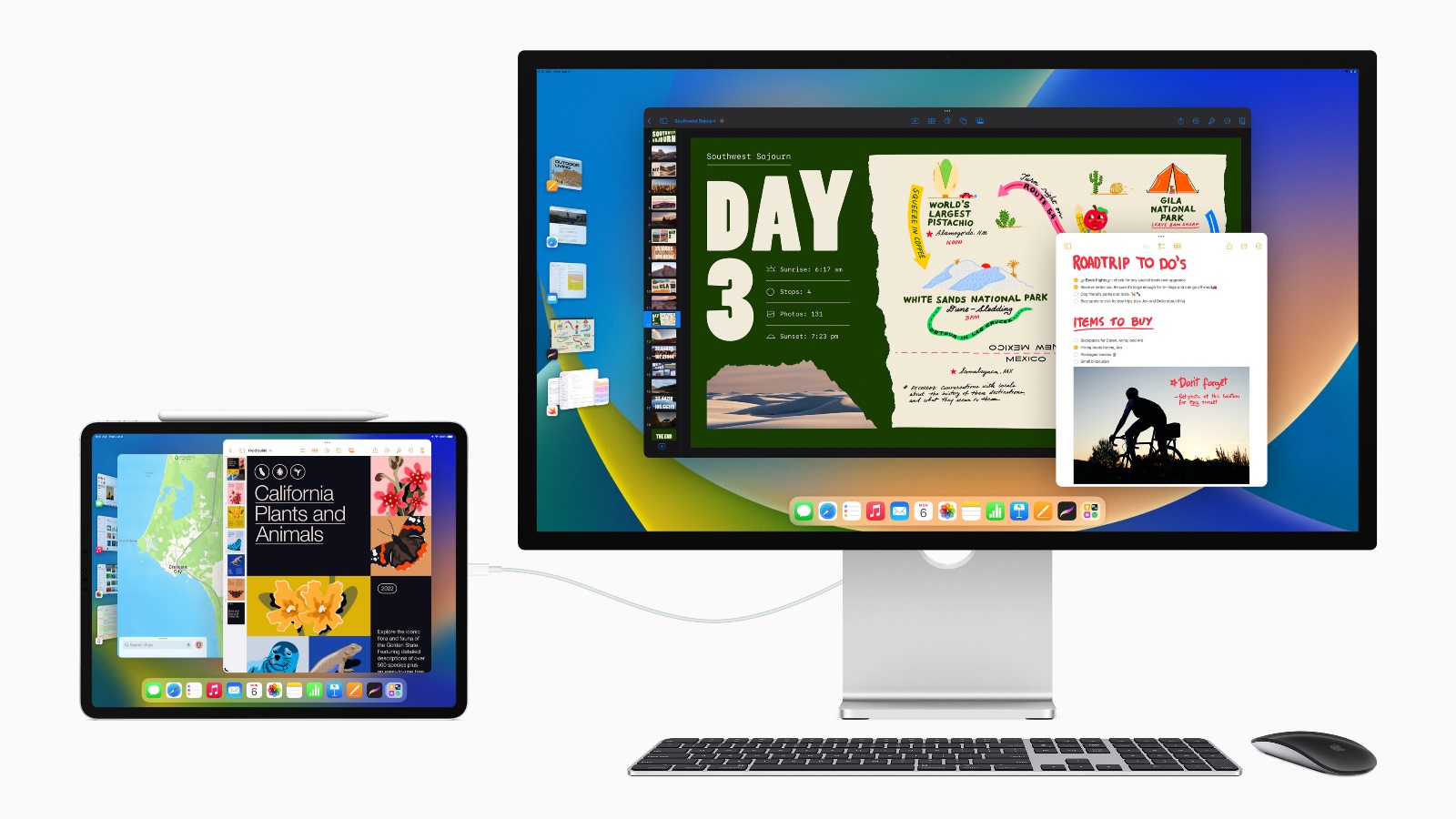